Got $12,000 burning a hole in your pocket this Christmas? How about buying a McLaren? Not a real one, obviously, but a miniature replica. I’ll pause here to let you finish sucking air in through your teeth…

Yes, it is an insane amount of cash to fork over for something that will spend most of its time [sealed behind bullet-roof glass on your mantelpiece until you inevitably break off a wing mirror whilst dusting it. But this is McLaren we’re talking about here, and for that matter. Amalgam, a UK-based company which first opened its doors back in 1995 and has since perfected the art of replicating road cars and heritage racers in miniature. For $12,000, you’re guaranteed quite insane levels of detail 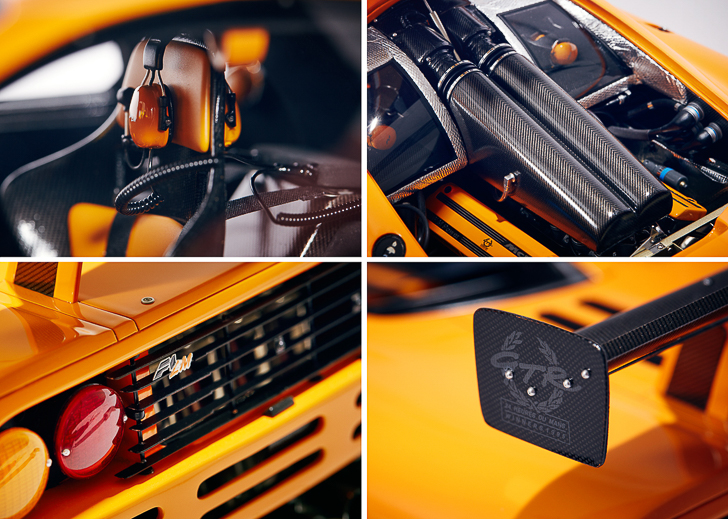 To hand build just one 1:8 scale replica takes 3000 hours – or for one poor sod, a full year – to produce just the moulds, with up to an extra 500 hours being spent on perfecting the details. Advances in technology mean that the number of parts per model has increased from 1000 to 3000 in the last two decades alone. So keen is McLaren for these to be ‘replicas’ rather than just models that the official computer-aided designs are provided, as is the exact tone of the paintwork. Consider all that, then take another look at the headphones in that F1 LM or the red racing harnesses in the F1 GTR: each detail is accurate to within 0.1mm.

As well as McLaren’s current beasts – including the P1 and the 650S Spider – there’s also a significant nod to Woking’s motorsport heritage on Amalgam’s line-up. From 1970 we have the M8D, the third derivative of McLaren’s M8 Can-Am prototype which took a fourth series crown for Woking on the bounce (and a second driver’s title for ‘67 Formula 1 champ Denny Hulme). The M8F derivative completed the quintet for McLaren one year later in 1971. 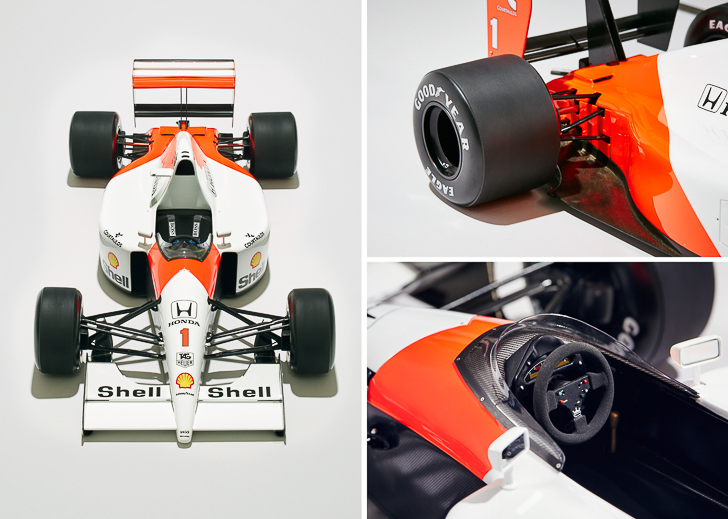 1976 meanwhile is represented by James Hunt’s F1 title winning M23D, with which the Briton took all but three of his F1 victories with McLaren: you can read about the M26 that delivered those HERE. McLaren’s Mp4/6 from 1991 carved its own place in history, for it was in this car that Aryton Senna took the last of this three F1 titles. Four years later, McLaren took four of the top five finishing positions at the 24 Hours of Le Mans with the BMW V12-powered F1 GTR, ably represented on Amalgam’s line-up via the Harrods Mach One #51 entry that finished third. If the detailing involved in these isn’t enough to make your head explode, Amalgam also offers its replicas in ‘just raced’ trim, complete with dented panels.