A fast SUV with an AMG V8 might not be the purist’s choice, but there’s no arguing with the GLC 63’s character. 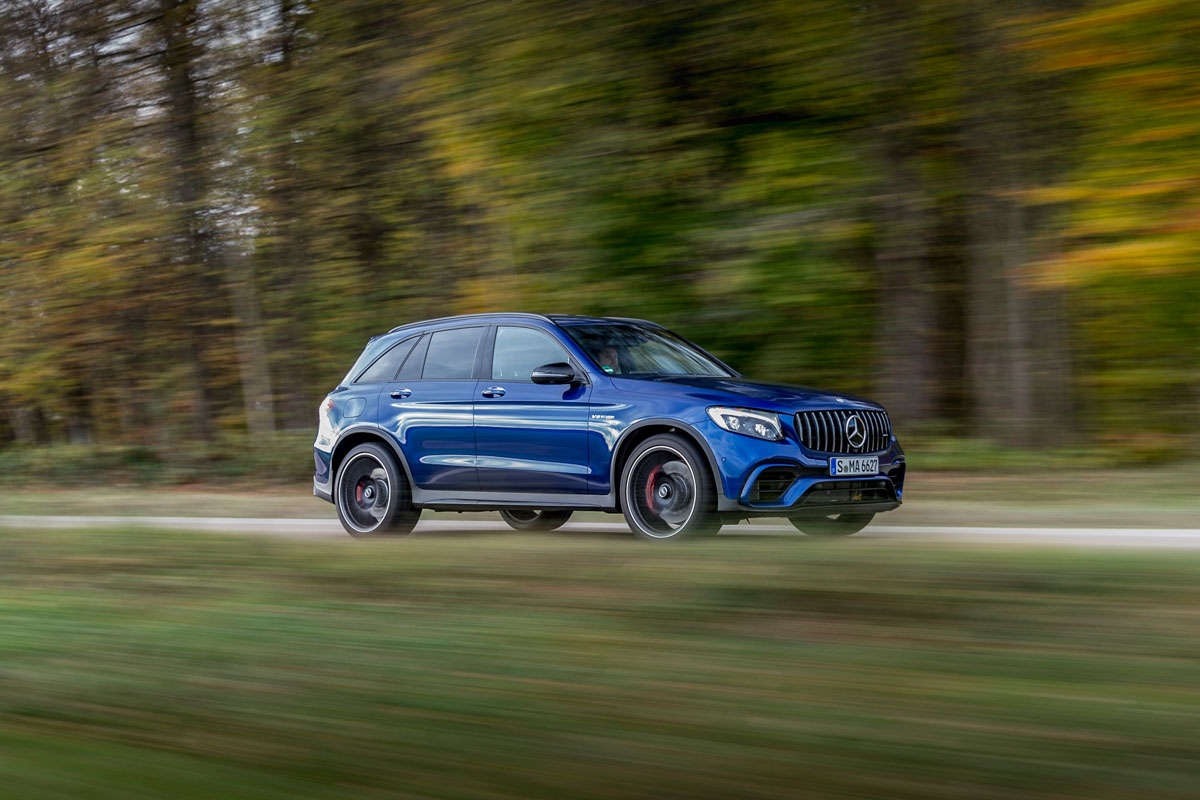 Mercedes has not wasted any time proliferating AMG’s 4-litre ‘hotvee’ V8 engine throughout its increasingly vast model range, and this GLC 63 is the latest appointee. Like its C-class saloon cousin, the standard GLC does away with most attempts to offer a dynamic driving experience and focuses instead on a more serene approach, so how has the mid-sized premium SUV adapted to it reformed mantra? If AMG’s recent track record is anything to go by our expectations are high, and that is before taking into account that the GLC 63 will hold the title of the world’s fastest SUV when it reaches customers in January of next year. So will the GLC 63 return to AMG’s old hot-rod ways, or offer a more finessed driving experience that will be able to rival cars like the Porsche Macan Turbo and Alfa Romeo Stelvio QV?

Under the bonnet you’ll find AMG’s familiar M177 4-litre twin-turbo V8. It’s the same basic unit found across the C 63 range and comes in the same two states of tune. The basic GLC 63 gets 469bhp and hits 100kph in four seconds flat, while the more powerful ‘S’ model pushes out 503bhp – shaving two tenths off the 0 to 100kph sprint. Selecting the AMG Driver’s Package (standard on the S) removes the car’s limiter and raises the top speed to 269kph (280kph on the S).

All cars use the firm’s new nine-speed multi-clutch (MCT) gearbox, transmitting power to all four wheels via Merc’s 4MATIC+ all-wheel drive system. Performance is unaffected whether you go for the regular SUV or the rakish GLC Coupe.

The centrepiece of any AMG Mercedes is the engine, and it’s no different when it comes to the GLC 63 and 63 S. The bellowing V8 is nothing short of a masterpiece, thundering into life like a clap of thunder. All models get air suspension, adaptive damping and configurable drive modes, too, though no amount of adjustment will make the AMG ride like its standard siblings. It’s simply too stiff to be called comfortable.

Merc’s 4MATIC+ all-wheel-drive system allows the GLC to handle more like a rear-driven wagon than a lardy 4×4 thanks to fully variable torque distribution. Don’t let its size fool you – this thing will slip and slide with the best of them. A limited-slip diff and performance brakes complete the package, while carbon ceramics can be specified for an additional $5,615.

The Mercedes-AMG GLC 63 S has more than a hint of old-school muscle about it. That familiar bi-turbo 4.0-litre V8 is as brutish here as it is in any current AMG, offering class-defining acceleration and a soundtrack to match. Our car’s $1,310 sports exhaust added even more sense of occasion, and is well worth the extra cash.

Flooring the throttle instantly sends the car’s weight rearwards, and as the nose rises the GLC pings effortlessly towards the horizon. It’s quite alarming how quick it is, sprinting to 100kph faster than a new Porsche Cayenne Turbo. Of course, size-wise the GLC is more comparable to the smaller Macan, and while it does a good job of hiding its bulk, it can’t match the Macan’s agility when the roads become more challenging. The GLC 63’s steering, while sharp and well weighted, feels twitchy around the straight-ahead and makes the tall SUV a little nervous on rough roads.

The gearbox fires through its ratios with rapid changes on the way up but can feel reluctant and lazy on the way back down. The sheer number of gears means there can be a delay when you plant the throttle, but plan your overtakes and the GLC is mind-bendingly fast. Perhaps most impressive is the 63’s dual personality; find yourself on a busy motorway and the GLC will settle into a hushed cruise.

Mercedes-AMG GLC 63 Coupe models command a premium of around $3,276 over the equivalent SUV. For comparison, the Porsche Macan Turbo fitted with the desirable Performance Package costs $91,086, while the forthcoming Alfa Romeo Stelvio Quadrifoglio should start from around $85,182 when it arrives in 2018. 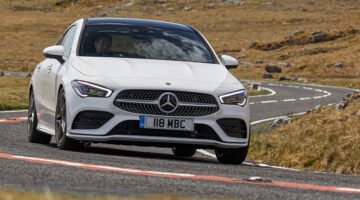