McLaren’s ‘Longtail’ name hasn’t been seen since the F1 GTR LT bowed out of competition in 1997. Nearly two decades later, we find out whether the LT is a genuine ‘everyday P1’ or just a slightly faster 650S.

The quality of the footage is grainy, and the white-shuddering crackle at the bottom of the screen indicative of its late-90s heritage. It’s not the VHS quality that strikes me first though, nor is it the incomprehensible commentary. It’s the noise, the shrill whine of nearly 30 GT cars screaming their way down to Eau Rouge, at a time when the legendary corner was taken flat only by the most insanely talented, or stupefyingly brave. The nose of the lead Mercedes CLK-GTR twitches over the kerbing, and the second-placed McLaren F1 GTR ‘Longtail’ is still – somehow – nailed to its exhaust, the long-run down to Les Combes not quite enough to get the overtake done. Behind, two day-glow yellow wing mirrors and a matching set of red signify the CLK sandwich the F1 GTR finds itself in, a lone Porsche 911 GT1 clinging to the tail of the lead pack before making its move later in the race.

This being Spa-Francorchamps, conditions worsen quickly, the sound of 600bhp-ish powerplants soon doing battle with the pitter-patter of raindrops off the camera lens. The laps tick by, the lead CLK edging away and the Longtail now under attack from the pursuing Mercedes, the latter making a late dive into La Source, the F1 cutting back to the inside on the corner exit and its rear wheels sluicing sideways as its driver gets back on the power. Once again, the dice through Eau Rouge and down the Kemmel Straight continues, the Mercedes once again coming out on top. Another crackle of the VHS quality.

It’s only a few more laps before the lead Mercedes, despite an admirable save from its pilot, sails sideways into the gravel, caught out by the slippery conditions. Later on, the second thumps its way over the kerbing, rattling the bodywork as it does so and leaving a heady trail of aluminium in its wake, a lengthy pitstop now inevitable. All the while, the V12 roar of the F1 GTR Longtail soars through the treetops above Spa, a pantheon of ‘BMW Motorsport’-clad mechanics leaning over the pitwall to celebrate their fourth win in five starts in the LT’s debut season. Victory in Mugello would follow, but it would be another 17 years before the ‘LT’ name returned to prominence. 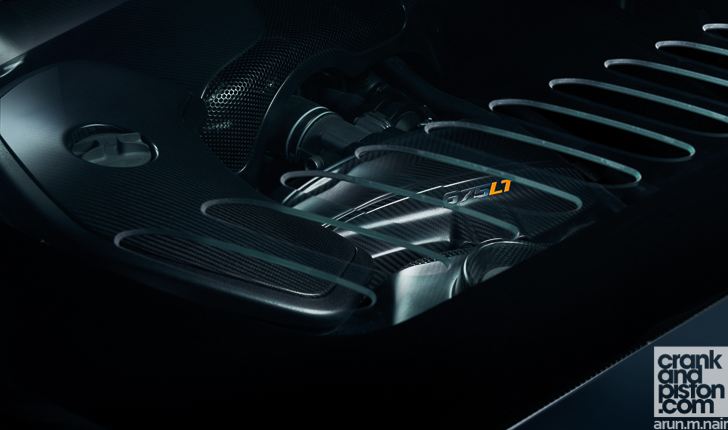 It’s these grainy images and these iconic racing battle cries that keep coming back to me as the sun begins to creep over the nearby mountain range. We’ve been here for an hour already waiting for this moment, photographer Arun adamant that the lack of sleep, breakfast and conceivable warmth will pay off in the end. I’ve no doubt, for this is not our first time on this stretch of mountain road (it’s not even our first time this week, woefully poor timing stopping us from comparing our McLaren today with the Lamborghini Aventador SV Roadster you can read about HERE). For me though, the draw of driving a ‘Longtail’ is almost painful. I really want to see how this thing will handle.

The latest addition to McLaren’s Super Series, the 675LT marks the first time in nearly two decades that the ‘LT’ name last appeared on a road going McLaren (courtesy of the three homologated F1 GT models safely locked away in private collections). And while it’s tempting to consider this ‘just a slightly faster 650S’, it could hardly be less so. Indeed, the 675LT has already been marketed as – deep breath – the ‘lightest, most powerful, fastest and most track-focused, yet road legal, model in the McLaren Super Series’. And as ever with Woking, the devil is in the details.

The 3.8-litre twin-turbocharged V8 is a McLaren stalwart, and produces ‘just’ 25bhp more than the 650S at a Satanic 666bhp and 516lb ft of torque. Beneath the figures though lies increased usage of carbon fibre and revised bodywork – including a new front splitter and ‘Longtail’ extended airbrake – as part of an obsessive weight saving regime undertaken on the 675LT. The new 10-spoke alloys, the lightest ever offered by McLaren, save 800g, and even the windscreen glass is 0.5mm thinner to shave those vital micro-grams. 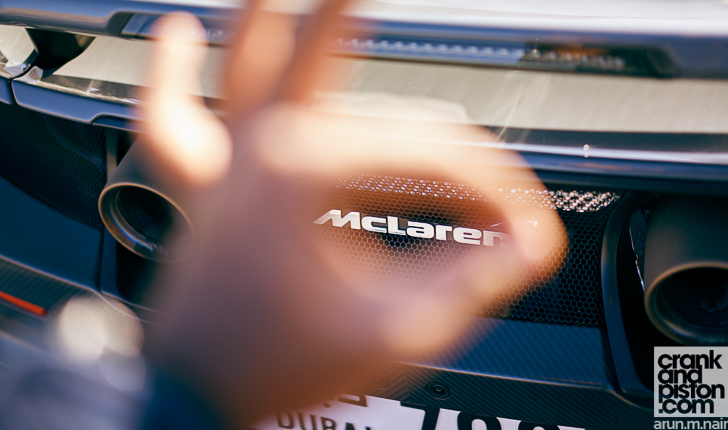 As such, while 0-100kph in the LT is just 0.1 seconds quicker at 2.9secs compared with the 650S, it’s when the 675 stretches its legs that it really starts getting down to business. From standstill to 200kph takes less than eight seconds (half a second quicker than the 650S), while particular attention has made paid to the suspension geometry – derived from the P1, just FYI – the aerodynamic efficiency of the bodywork, and rigidity of the chassis to make cornering prowess in the 675LT as formidable as possible. Springs front and rear have been stiffened – 27 and 63 percent respectively – while super sticky Pirelli P-Zero Trofeo R ensure yet further levels of grip. To all intents and purposes, the 675LT is an everyday P1 for a quarter of the price, an intriguing prospect at just over $393K. And before you ask, yes, all 500 editions have been sold.

The sun is creeping gingerly over the outcrop, flares dancing off the full-menace Storm Grey paintwork, the shutter speed on the camera working overtime to capture the moment. And those powerful bodylines. It’s not a striking difference to 650S base – Woking has little interest in flash – but the 675LT nevertheless emits a strong presence with its new F1-style nose endplates, carbon fibre detailing, and newly designed front splitter. All, naturally, built for purpose, the striking look purely coincidental after gawd knows how long in the windtunnel. The clock ticks just-after-sun-up, and with his money shots in the bag, Arun waves me the all clear.  Time to depart. The sombre silence of just a few seconds earlier is ripped asunder as the roar of the V8 penetrates when I push the starter button.