A stellar performance machine it might be, but our Management Fleet McLaren 650S is not without issues…

The McLaren 650S is a truly remarkable car, of that there is no doubt. It blends staggering performance and genuine everyday usability like no other supercar, and while the lurid orange paint of our Management Fleet model is painful to the retinas, the 650S design is very easy on the eyes. But while it’s certainly a favourite of mine, that doesn’t mean it’s without fault and this month I’m going to share with you a few of my gripes.

The first and loudest complaint is aimed at the IRIS system. For those of you unfamiliar with IRIS, it is the central screen that houses all audio, navigation and phone functions. McLaren’s difficulties with the early systems in the first 12C’s are well document, but those bugs were fixed and my most recent experiences in other McLarens have been trouble free. Unfortunately I can’t say the same for ‘our’ 650S as the system keeps freezing and needs to be switched off and back on like you would with an unruly smartphone. While annoying, I’m pretty sure the fault is easily fixed by a software reboot as it’s not typical of other cars. 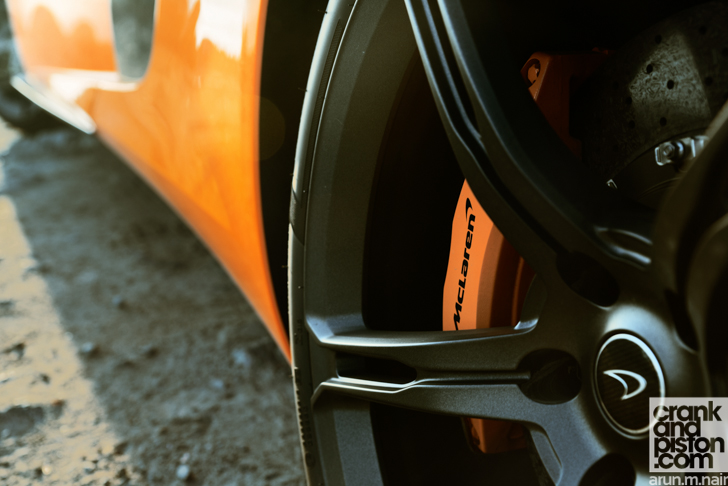 My second whinge is aimed at the traction control system. Those readers that followed the long term test of our 12C a few years back might recall my frustration with the long-winded process behind disabling the electronic nanny. While McLaren should be proud of its TC system, since as it’s one of the very best in the business, it takes more steps than the Macarena to switch it off. The car must be stationary, steering wheel centred and foot on the brake to start, then move the toggles for Powertrain and Handling to Track, then push the Active button below it for a full ten seconds. You then have to pull a stalk on the steering wheel to confirm your selection. If you get any part of that process wrong, you have to start all over again. The effort is worth it though as the 650S is a wild animal when it sheds its leash, and if like me you enjoy getting a little lairy it is more than happy to oblige. Fortunately it seems that McLaren is doing away with these procedures for the upcoming 570S, which will have a more conventional on/off button for the TC. Hallelujah!

These quirks are but minor chinks in the McLaren’s formidable armour, for the 650S is a very special car. If I’m honest my biggest gripe with our 650S is that I eventually have to give it back.