In the latest video from Luke Huxham, japanmotorhead and motorheadmagazine.com, a Lotus 78 Formula 1 car takes on a Benetton B188 on the Hakone Hillclimb 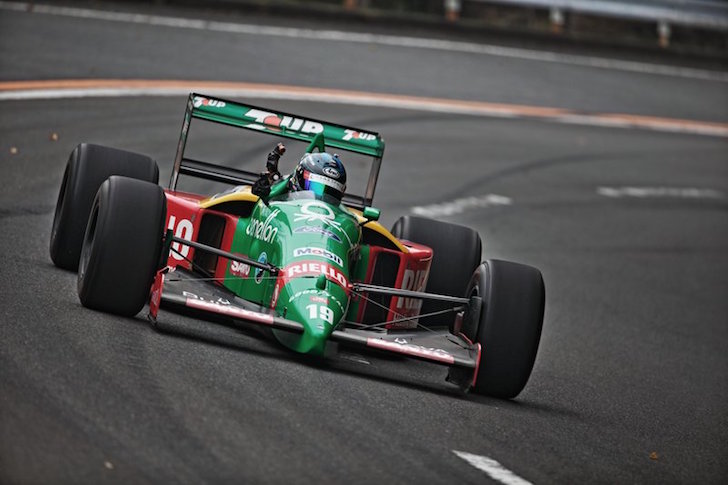 Directed by Luke Huxham – yes, THAT Luke Huxham – the contenders include a Benetton B188 Formula 1 car from 1988/89, designed by the legendary Rory Byrne and powered by a 3.5-litre Ford V8. Taking eight podiums, the B188 – at the hands of Alessandro Nannini and Thierry Boutsen – finished third overall in the ’88 World Constructor’s Championship behind Ferrari and the all dominant McLaren MP4/4. The other is the almost insanely gorgeous Lotus 78 from 1977/78, THE Colin Chapman single seater that got the ground effect ball rolling. Unsurprisingly, the 78 took eight Grand Prix victories and helped take Mario Andretti to the ’78 F1 crown. And in this beautifully shot video, both are taken for a run up the Motorhead Hillclimb. And they’re later joined by a few ‘surprise visitors’. It need hardly be said, but speakers up…

If that’s got you in the mood for Luke Huxham head-to-head madness, you might want to check out the ‘Motorhead Heart vs Head’ video below between an R35 (both race-spec and road model) and a Group A R32 by HKS.