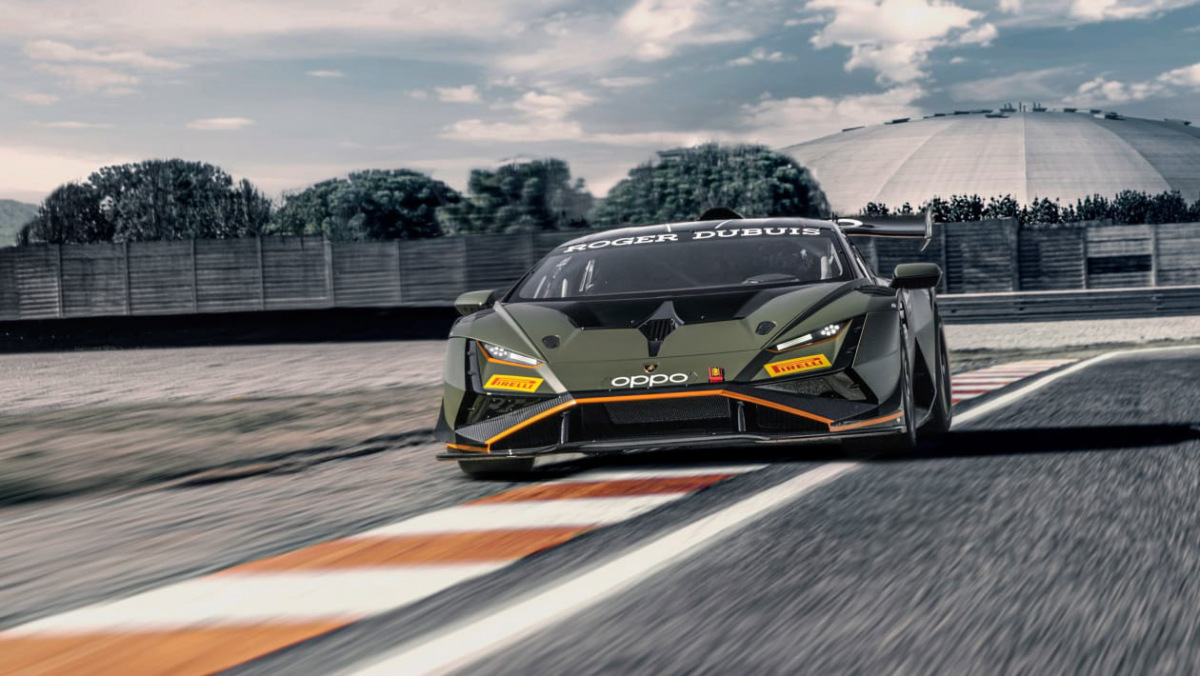 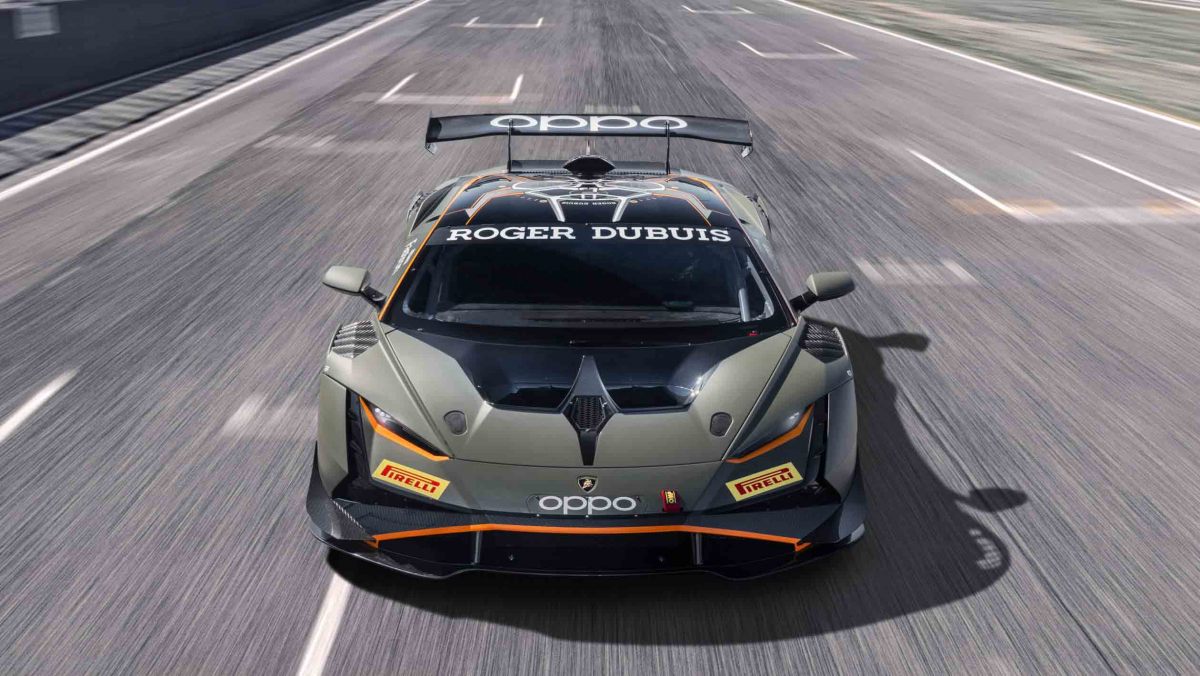 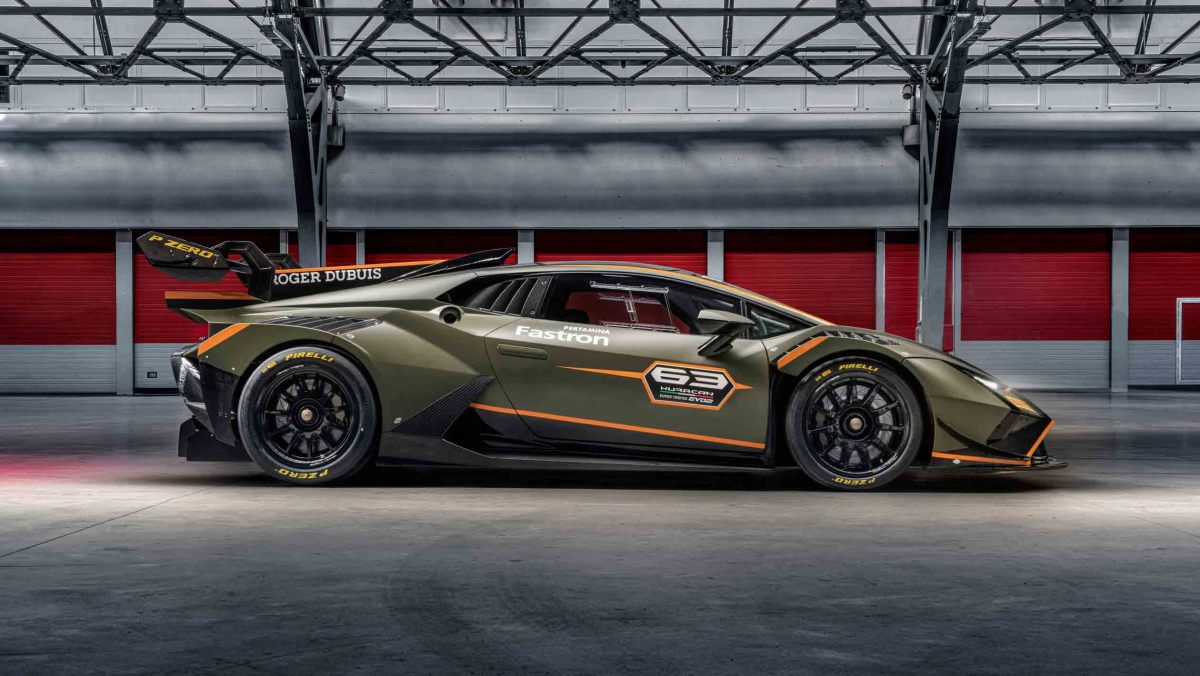 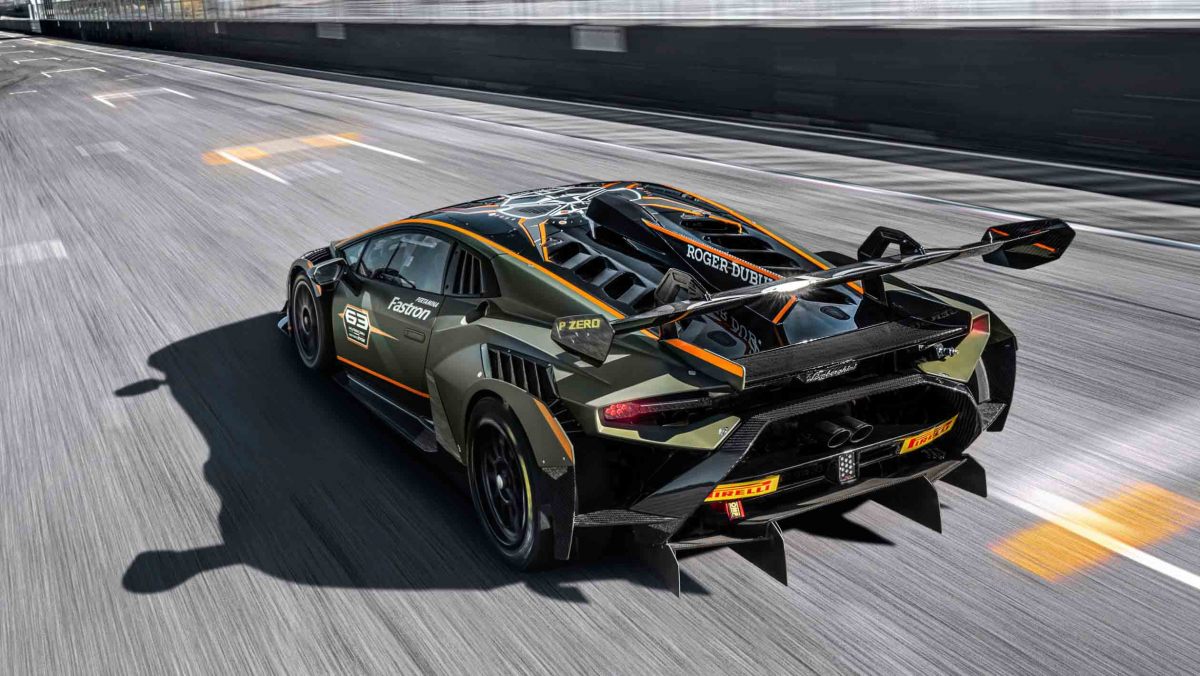 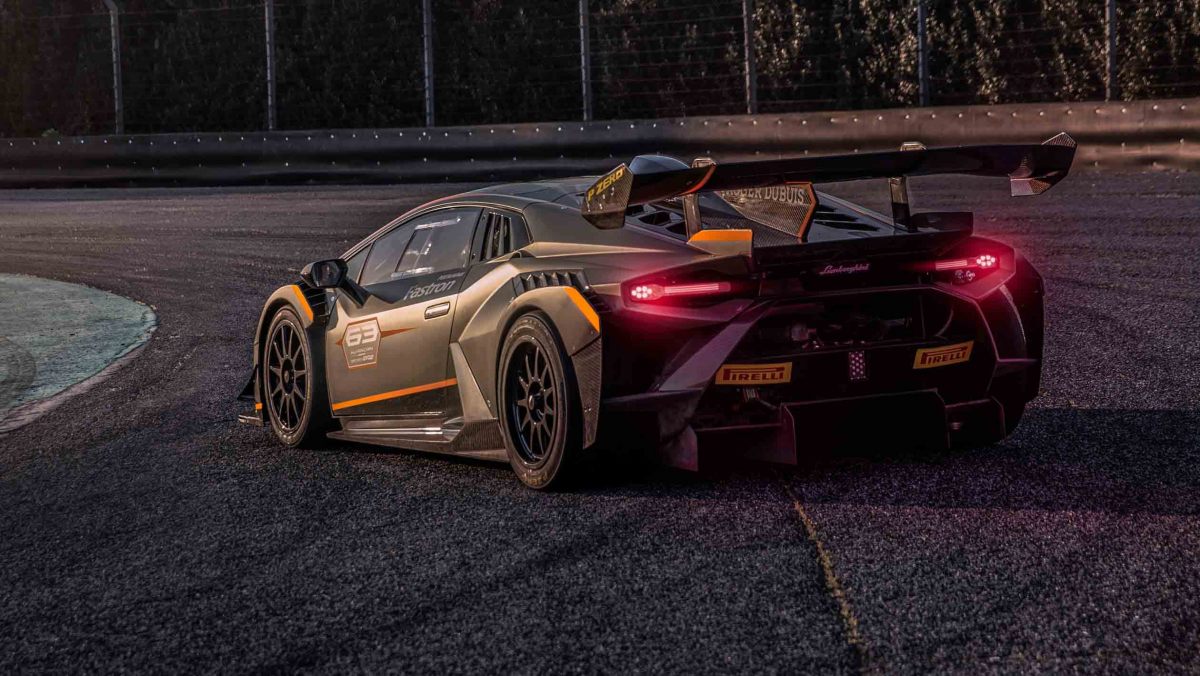 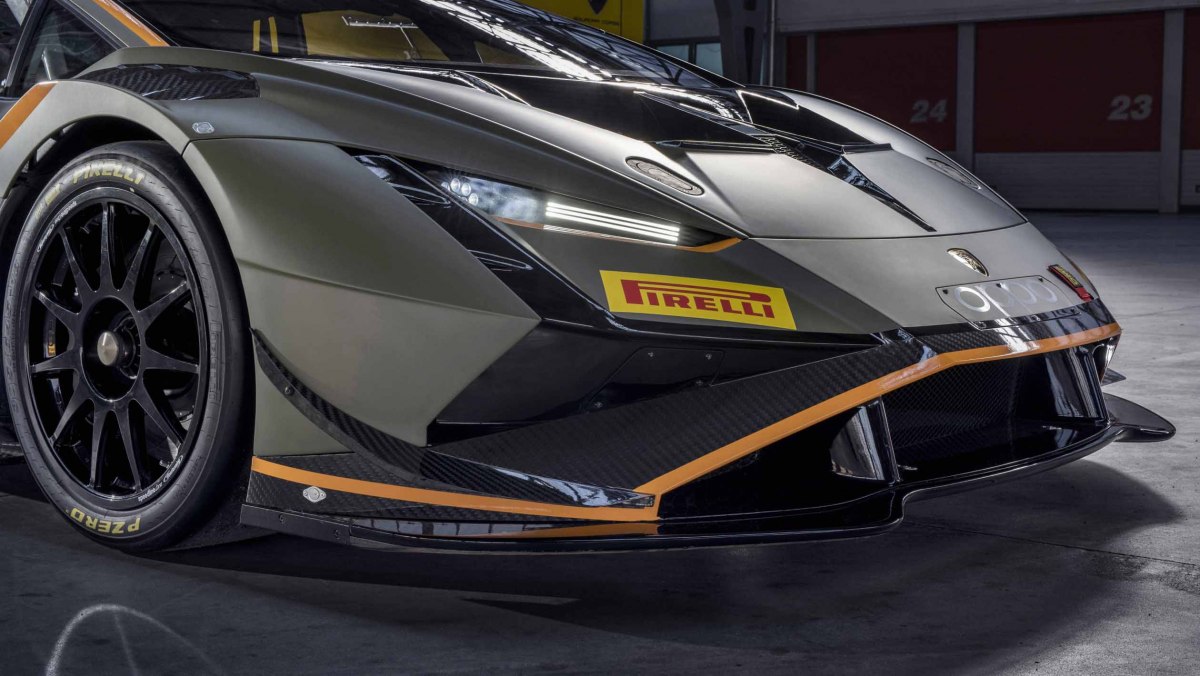 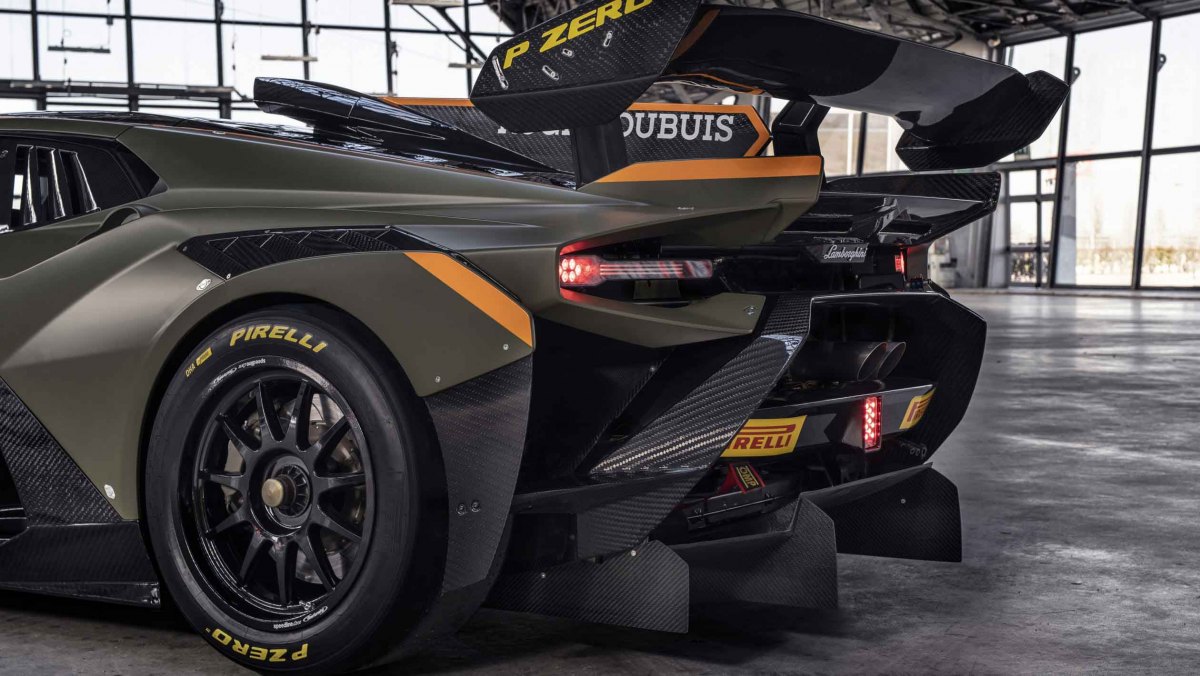 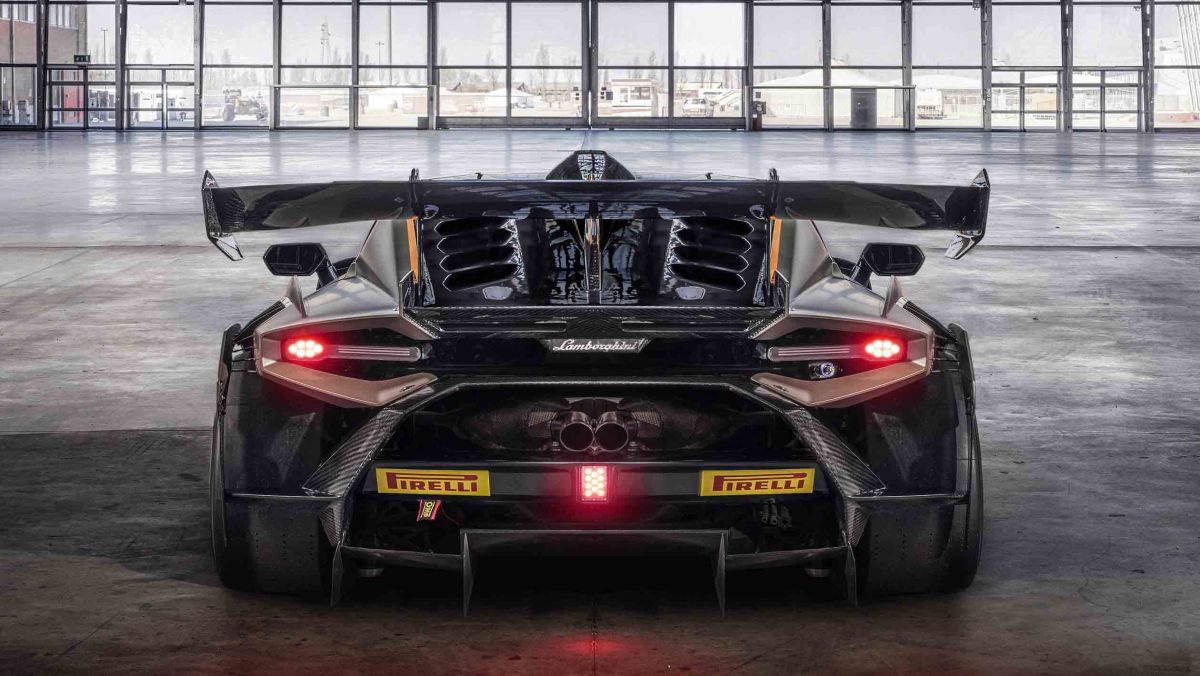 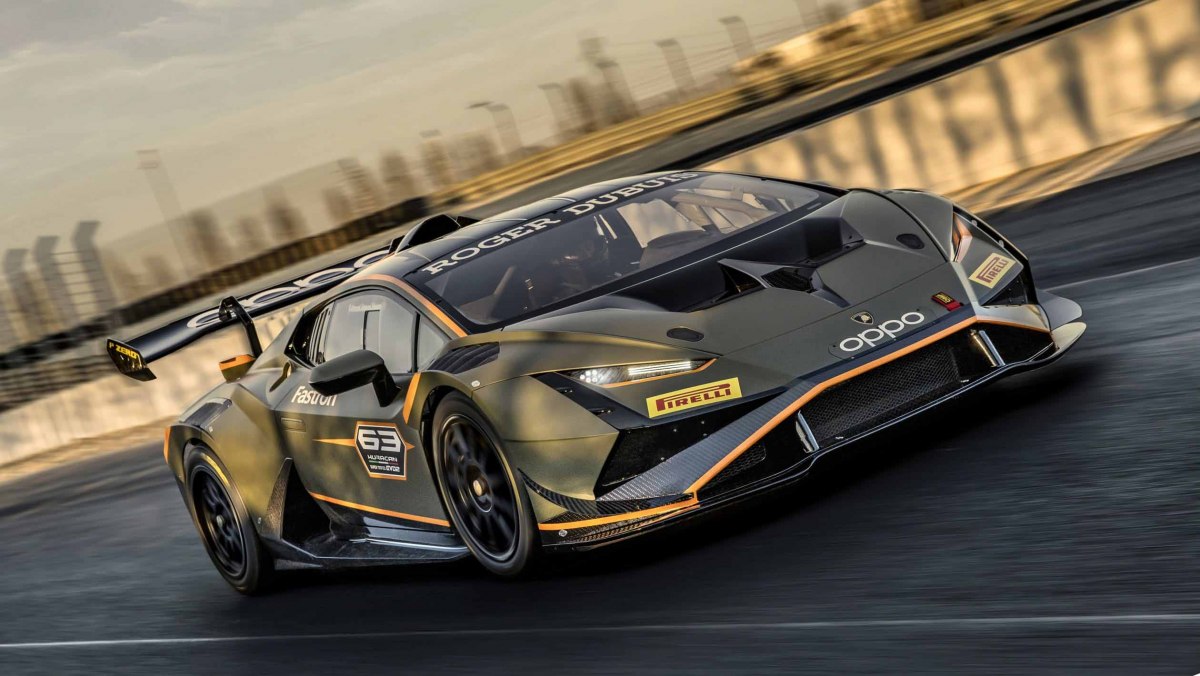 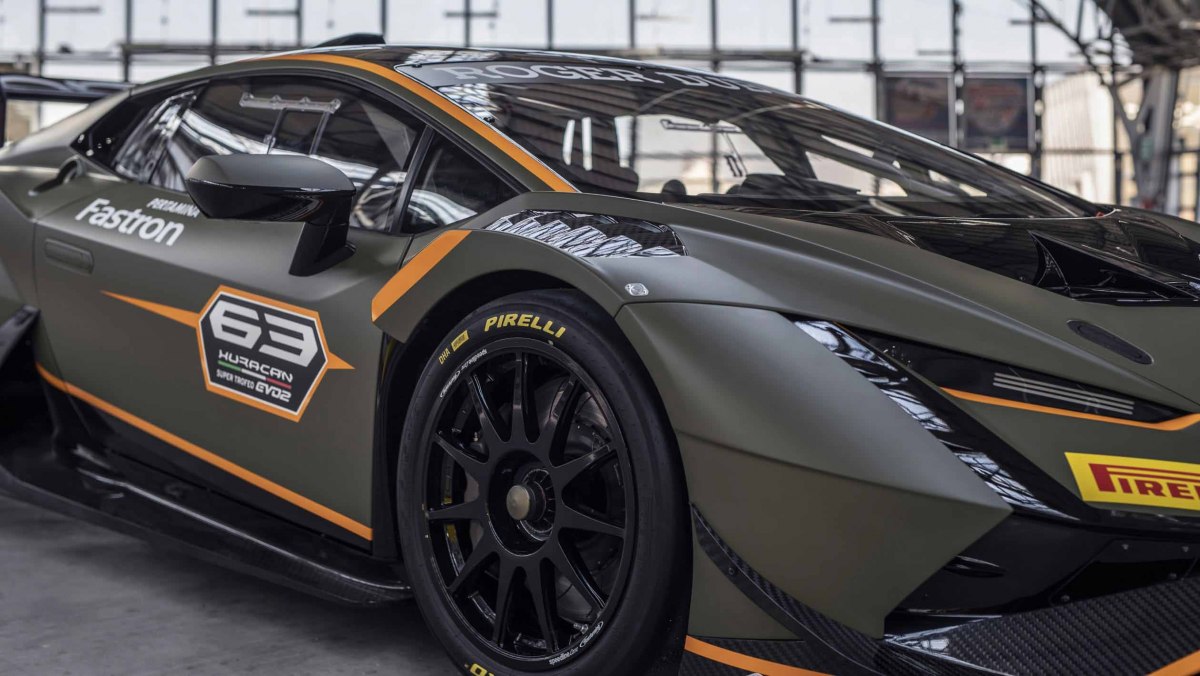 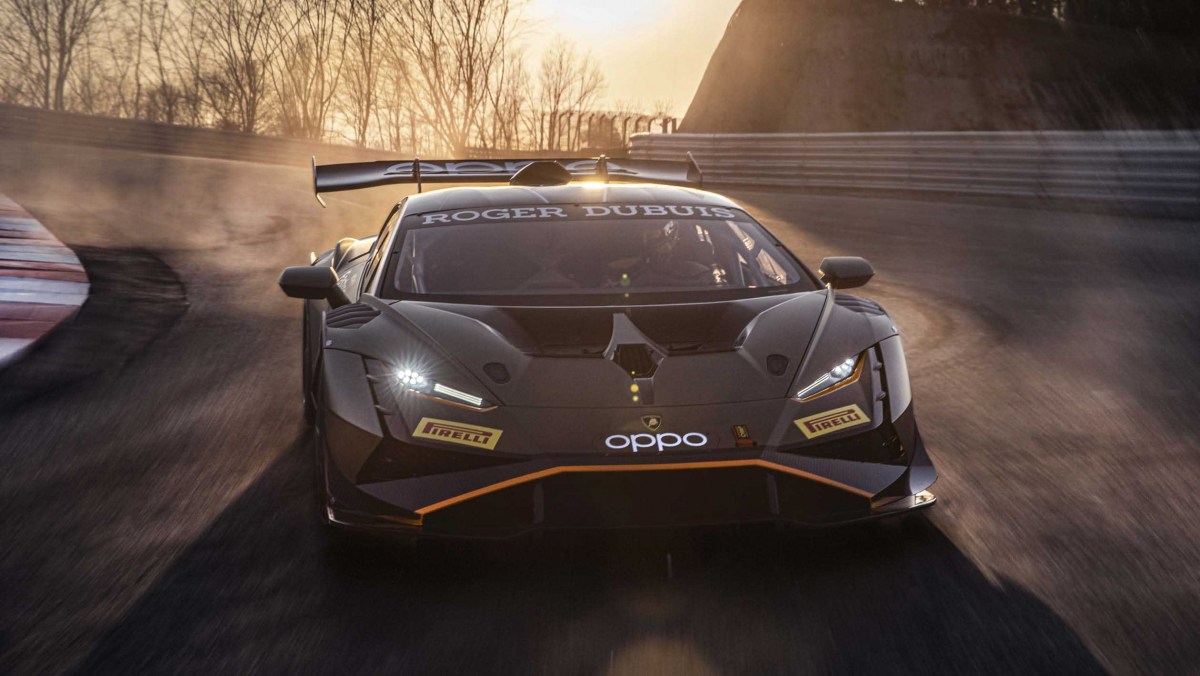 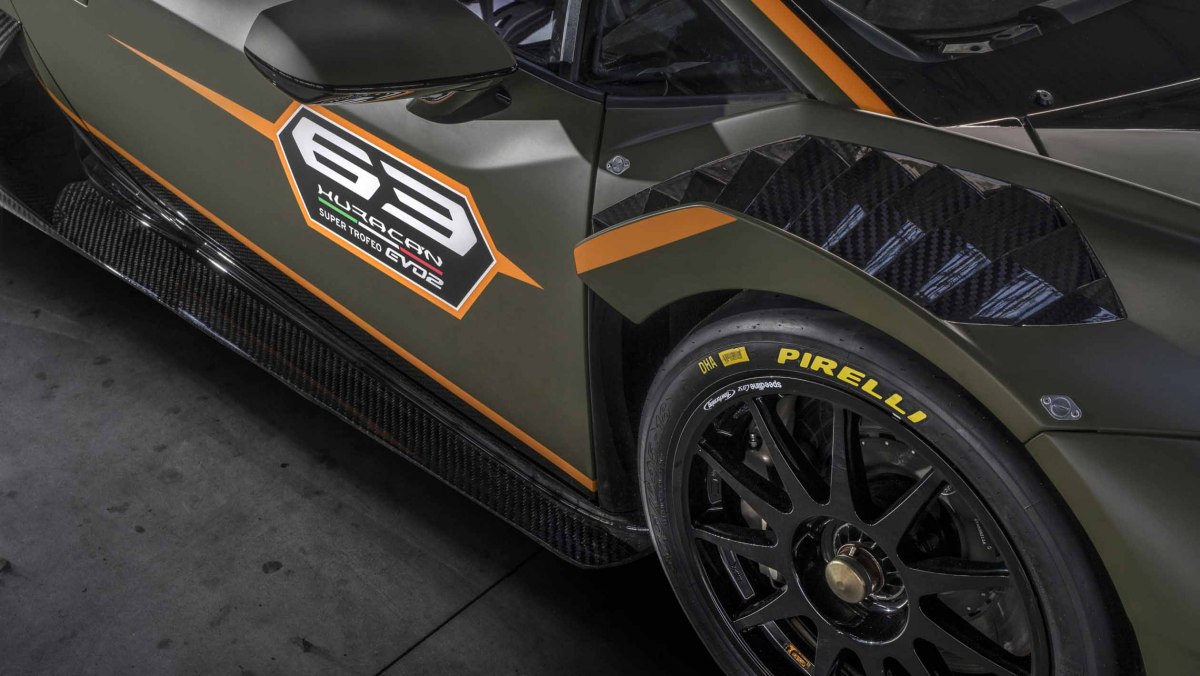 Lamborghini’s Squadra Corse division has revealed an updated Huracán Super Trofeo Evo 2 racing car, the one-make racer based on the road-going Huracán. This bespoke competition car currently competes in three different customer racing series around the world, but more than just being a new version of an expensive play thing for Lamborghini customers, this Evo 2 update also gives us a vision of the updated Huracán expected to arrive later this year.

The racing car’s fundamentals are the same as previous Huracán Super Trofeo Evo, mating the road car’s carbon-aluminium chassis construction and 5.2-litre V10 engine, with competition sub frames at either end and racing suspension, wheels and tyres. The only mechanical changes confirmed so far are the application of larger brakes, upsized by 10mm to 390mm discs up front with new calipers and pads. Peak power of the Trofeo Evo 2 is rated at 612bhp, with power going to the rear wheels via a sequential racing gearbox sourced from X-Trac.

Instead, Lamborghini Squadra Corse has focused its updates on the aero package and overarching aesthetic, specifically aligning the Evo 2’s design with the updated Huracán road car that’s expected to arrive later this year.

These changes can be seen most clearly on both bumpers, with the new design elements taking inspiration from both the Huracán STO and Sian hypercar. Up front, looking beyond the motorsport-spec splitters and canards there are new super slim headlights that sit within a similar y-shaped vent aperture.

Out back, the rear aspect has also been completely redesigned, with a rather more direct reference to the iconic Countach in the rear light surrounds. While these elements are shrouded in many (many) layers of Squadra Corse competition racewear, they do point towards a shift towards embracing some of the shapes from past icons into the design language moving forward.

For now though, we still have a few months to wait for the next Huracán to arrive, which will continue production alongside Lamborghini’s future electrification plans. So while it is a certainty that the current V10 supercar will find itself with some form of hybridisation in the near future, whether it will be the car we’ll see later this year remains to be seen.