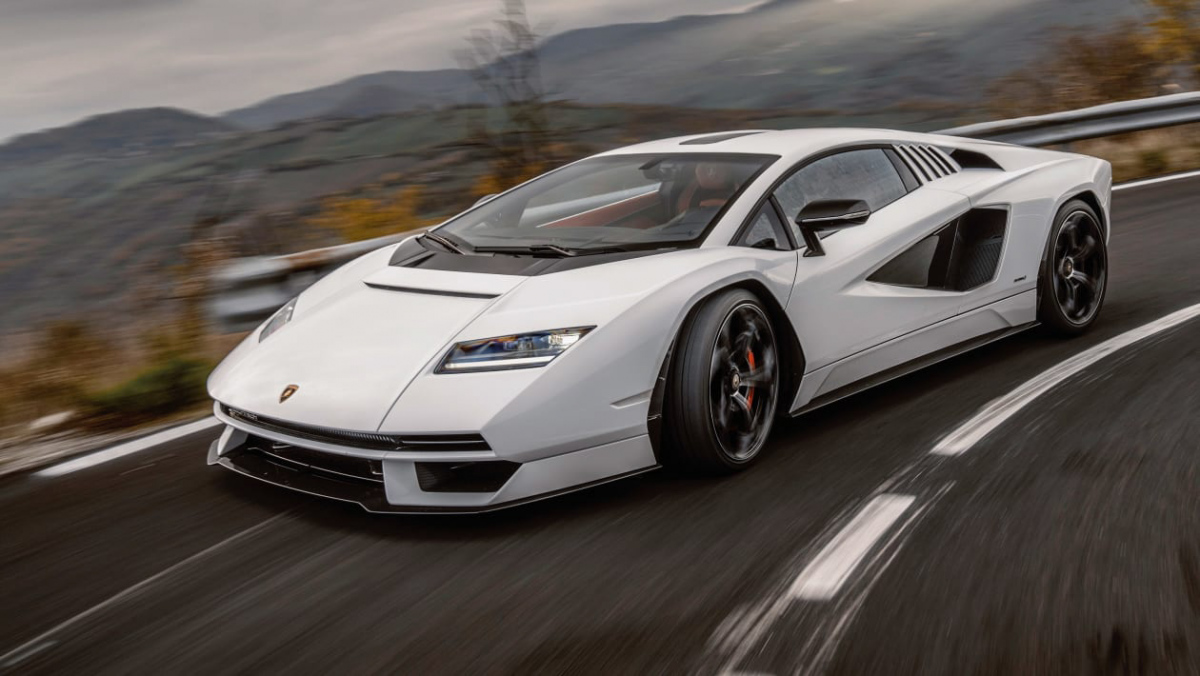 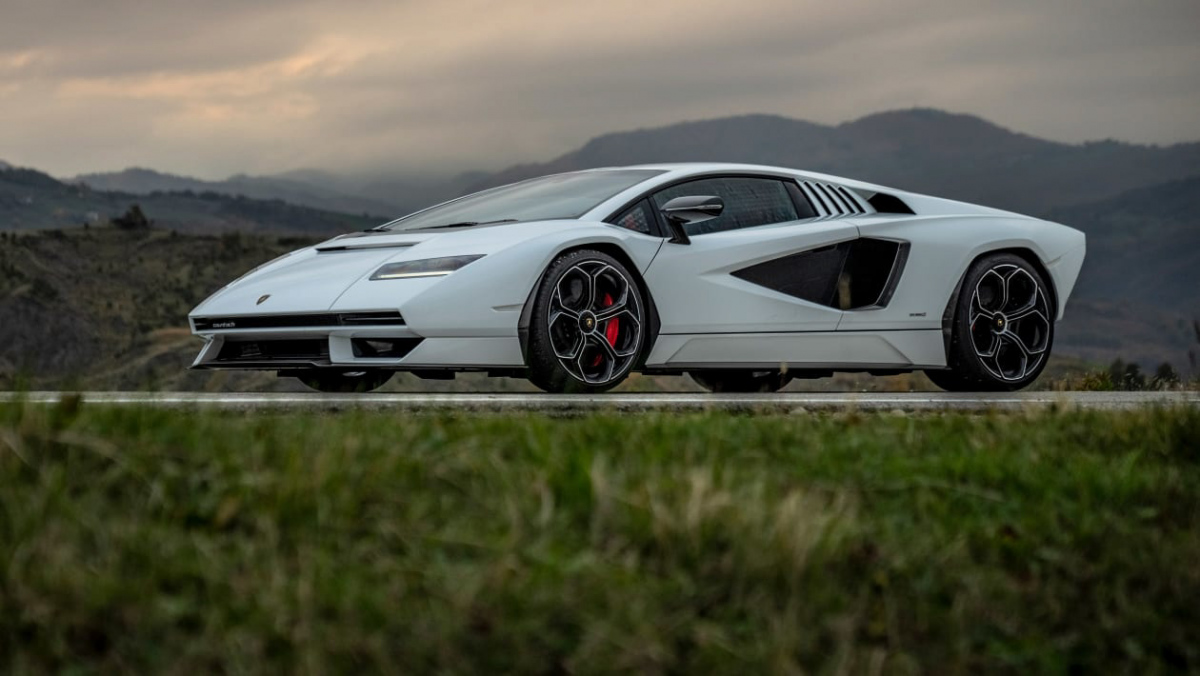 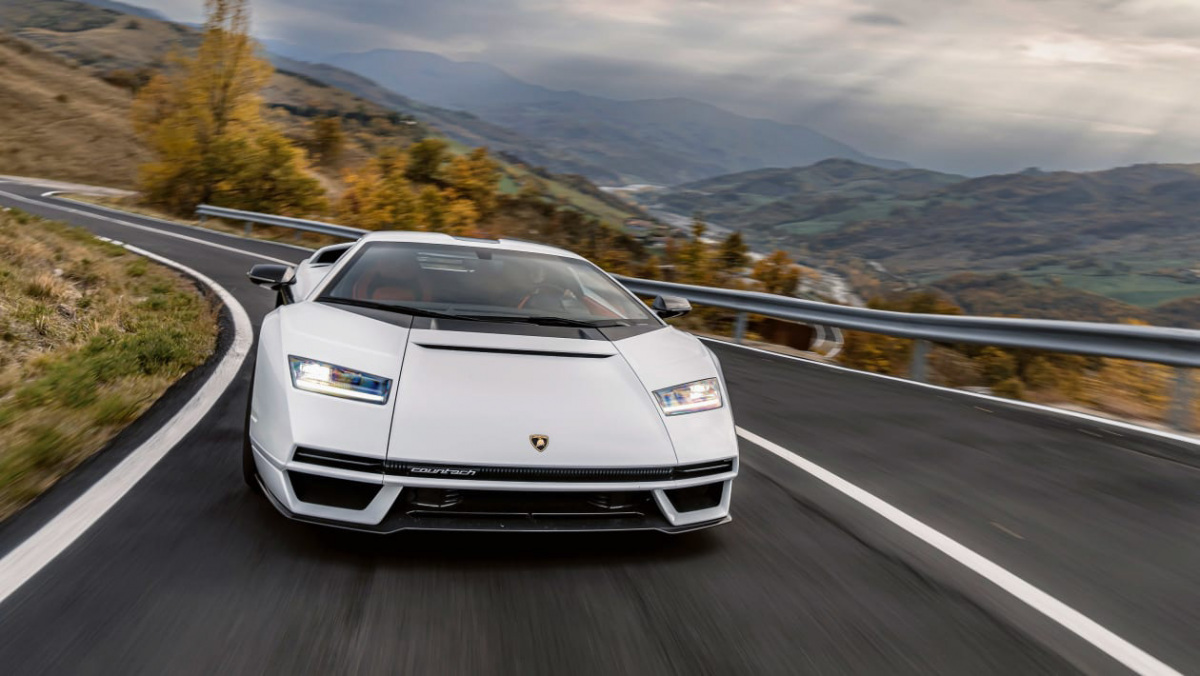 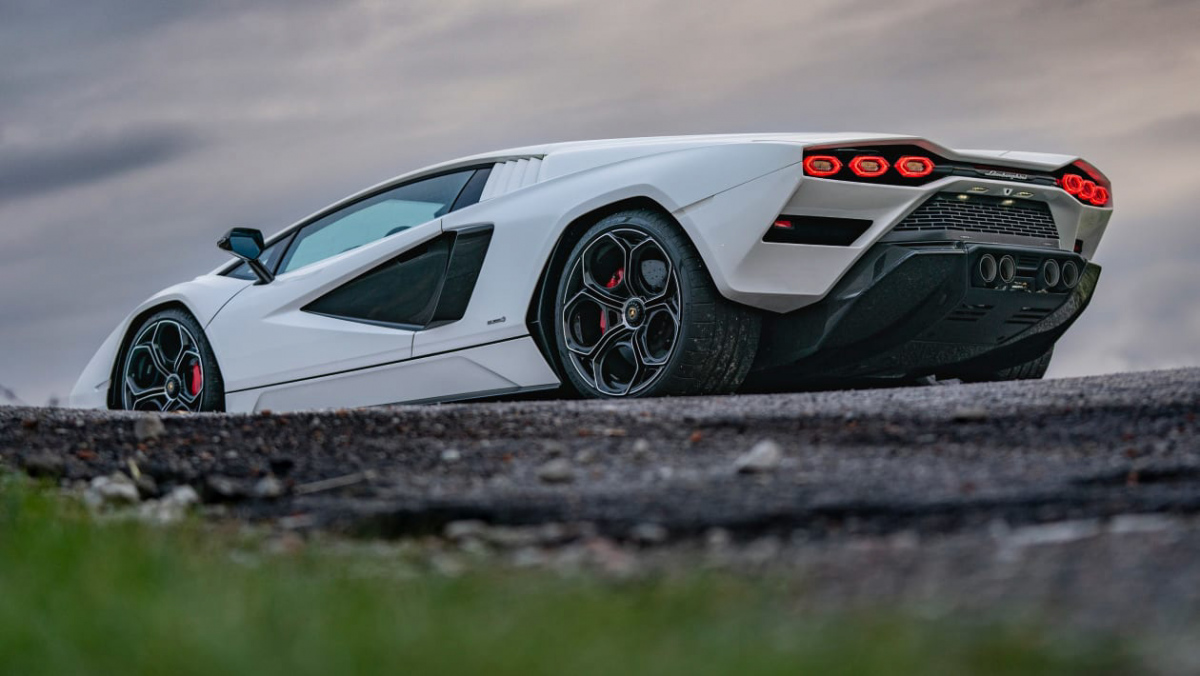 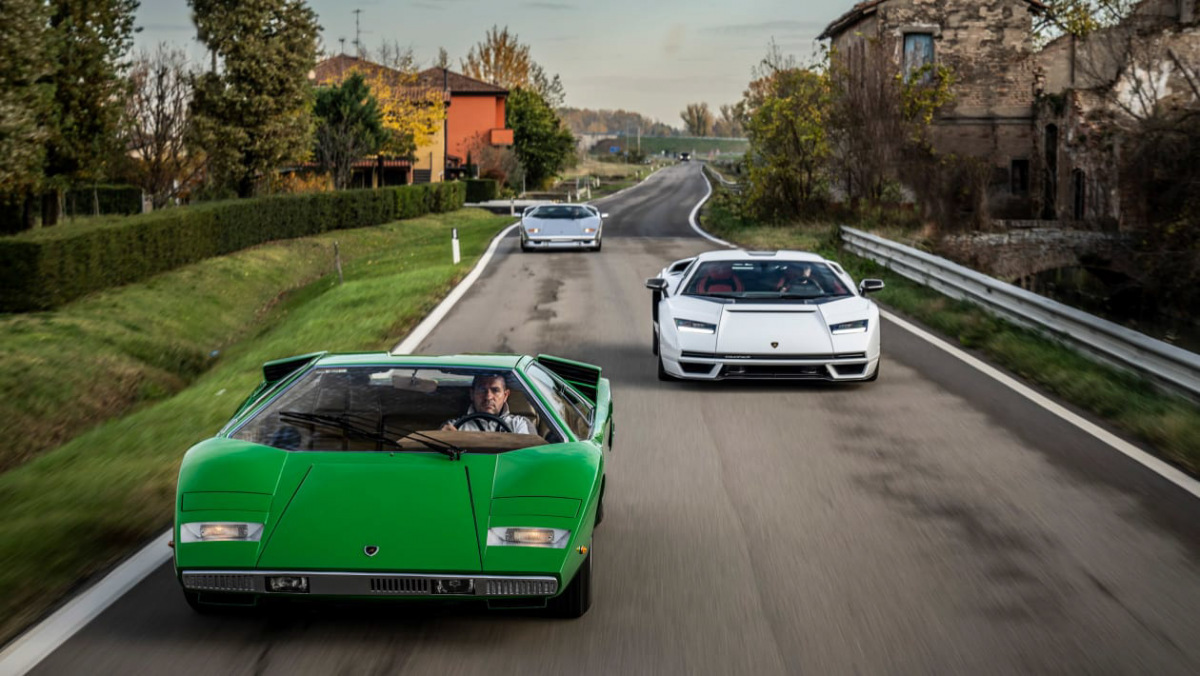 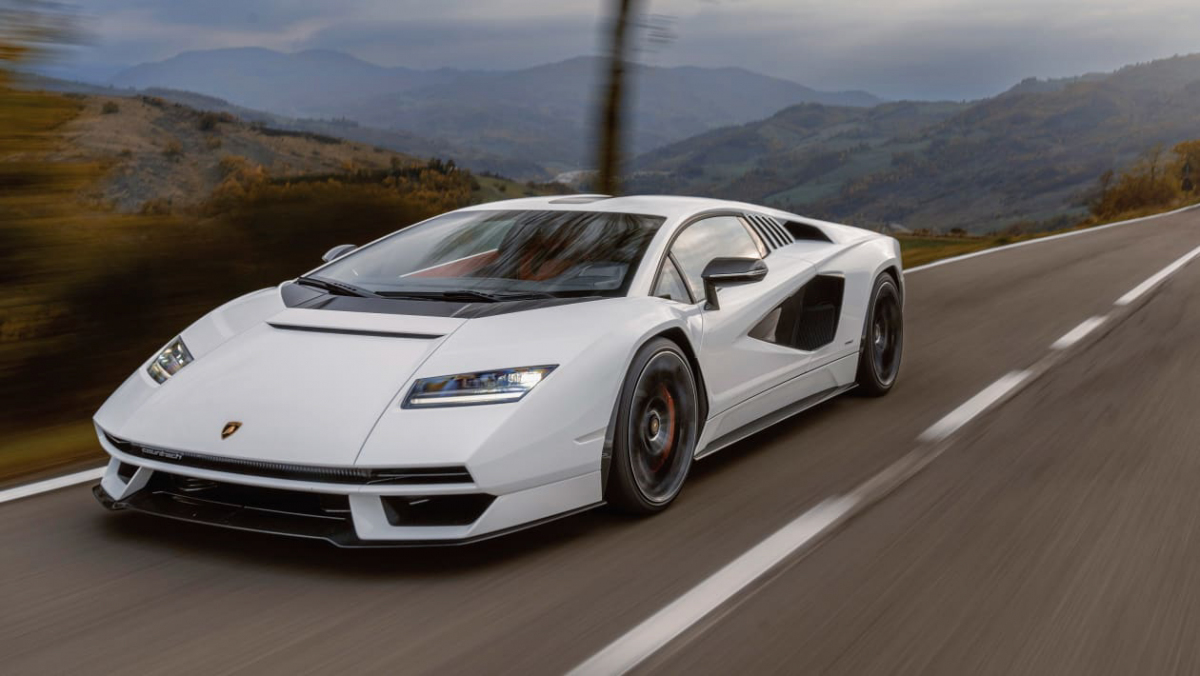 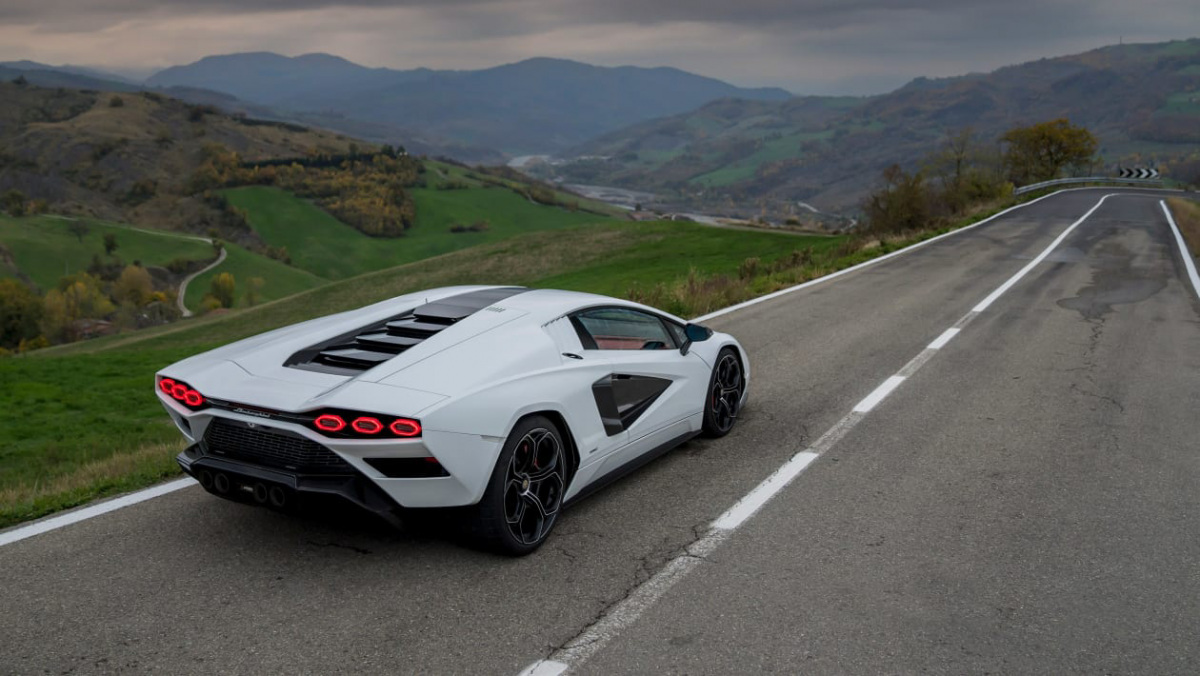 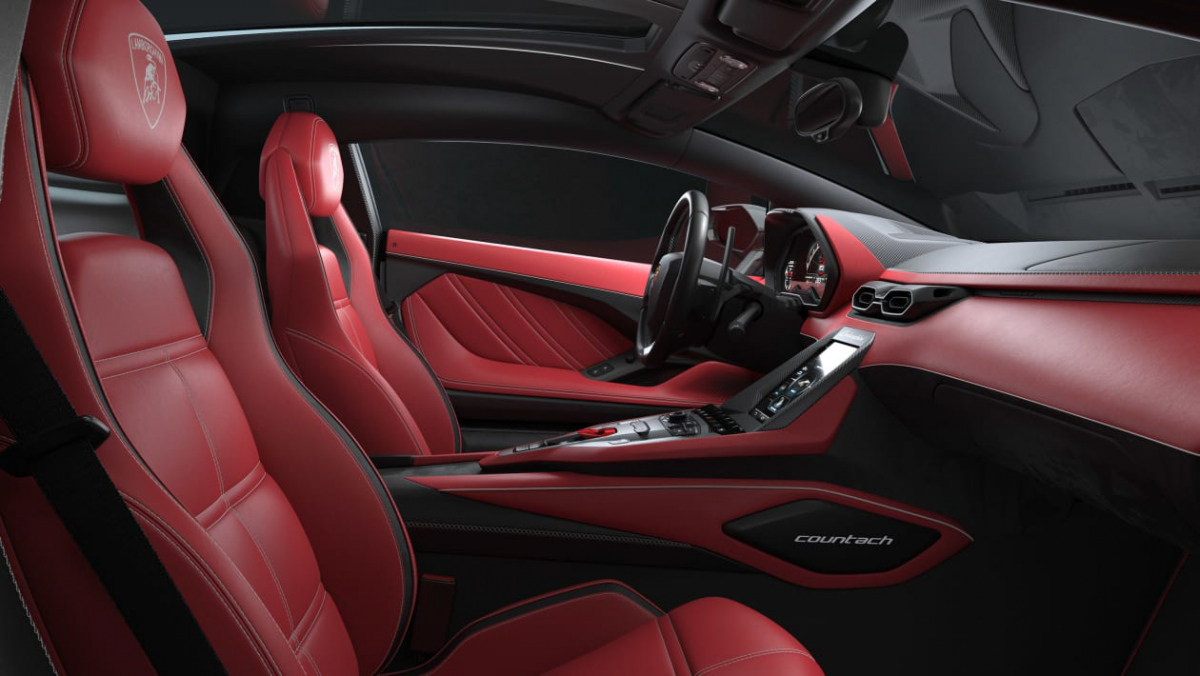 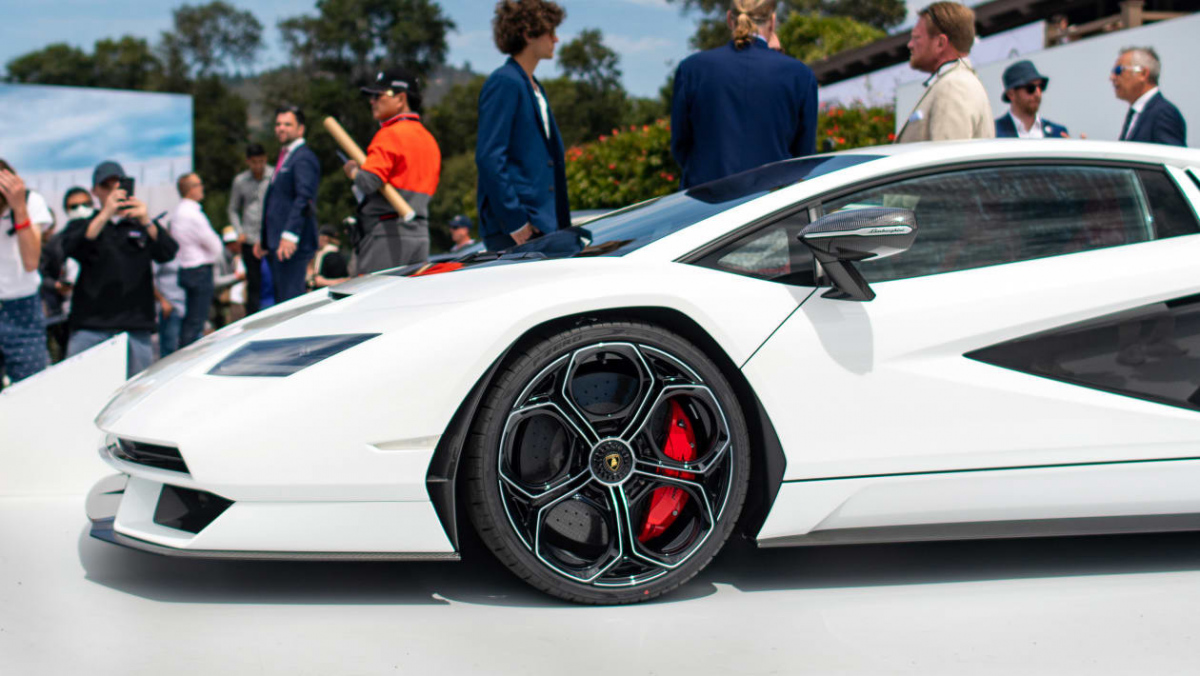 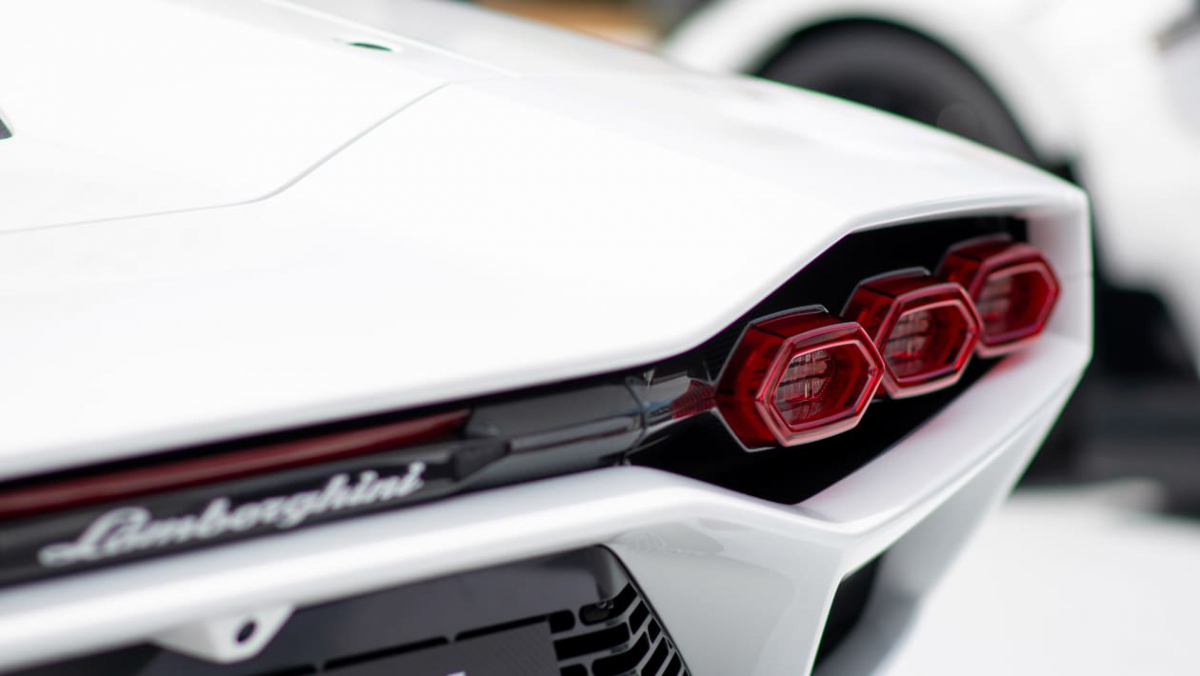 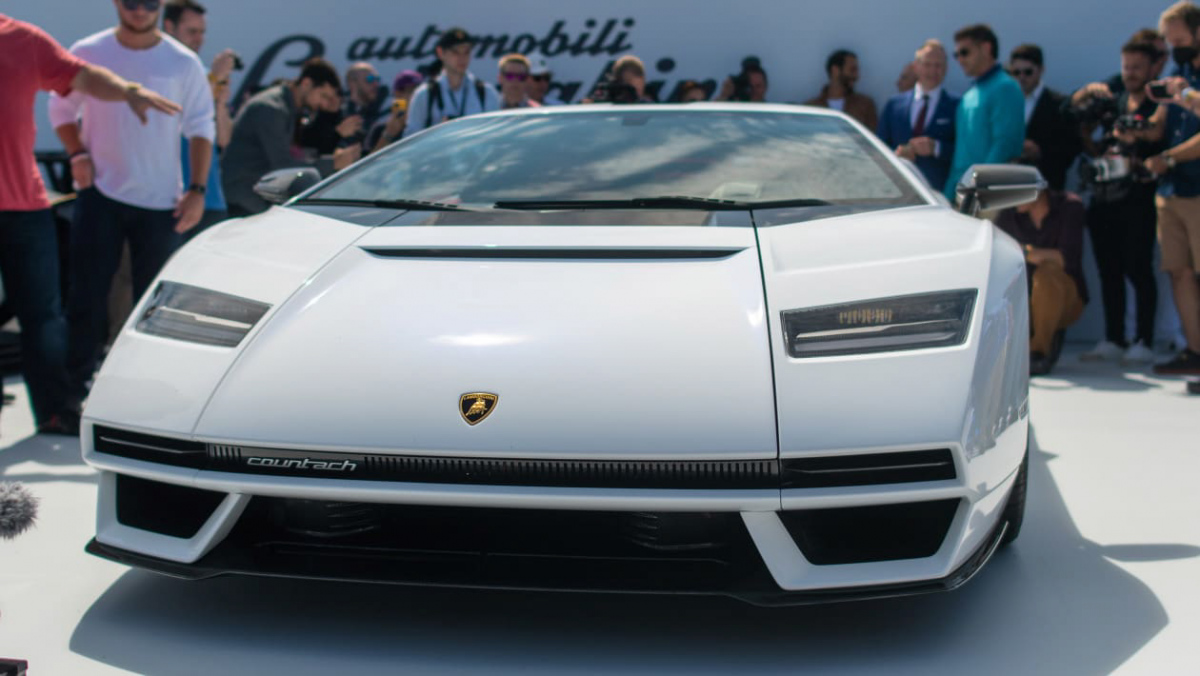 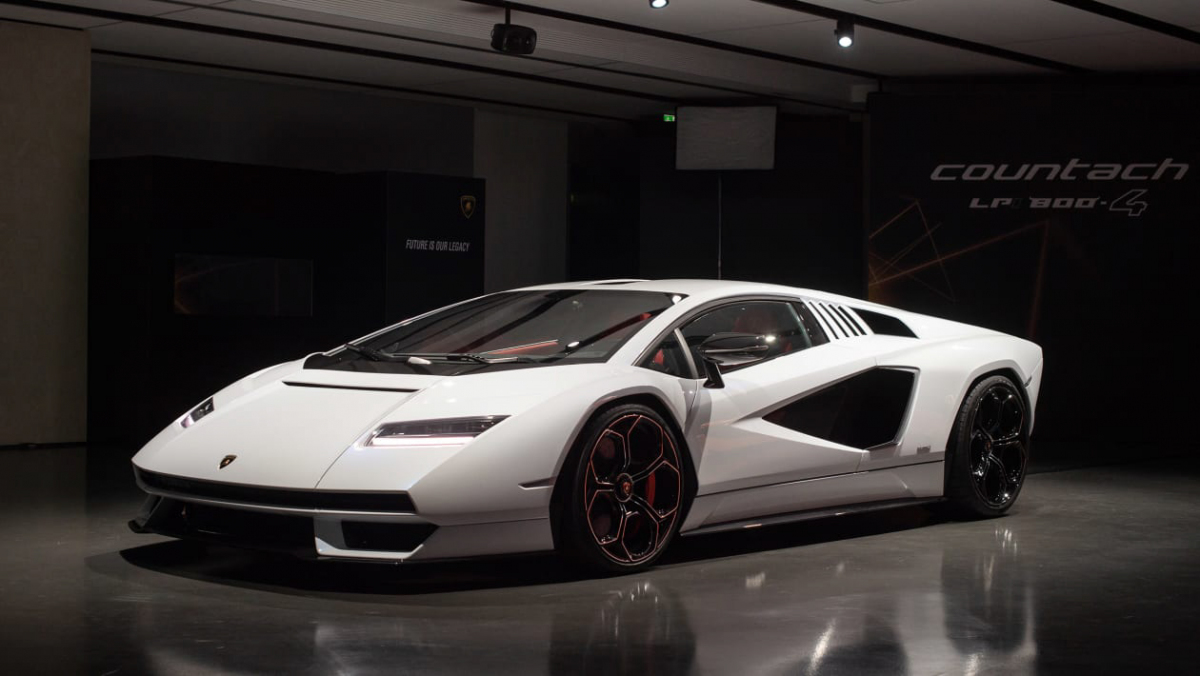 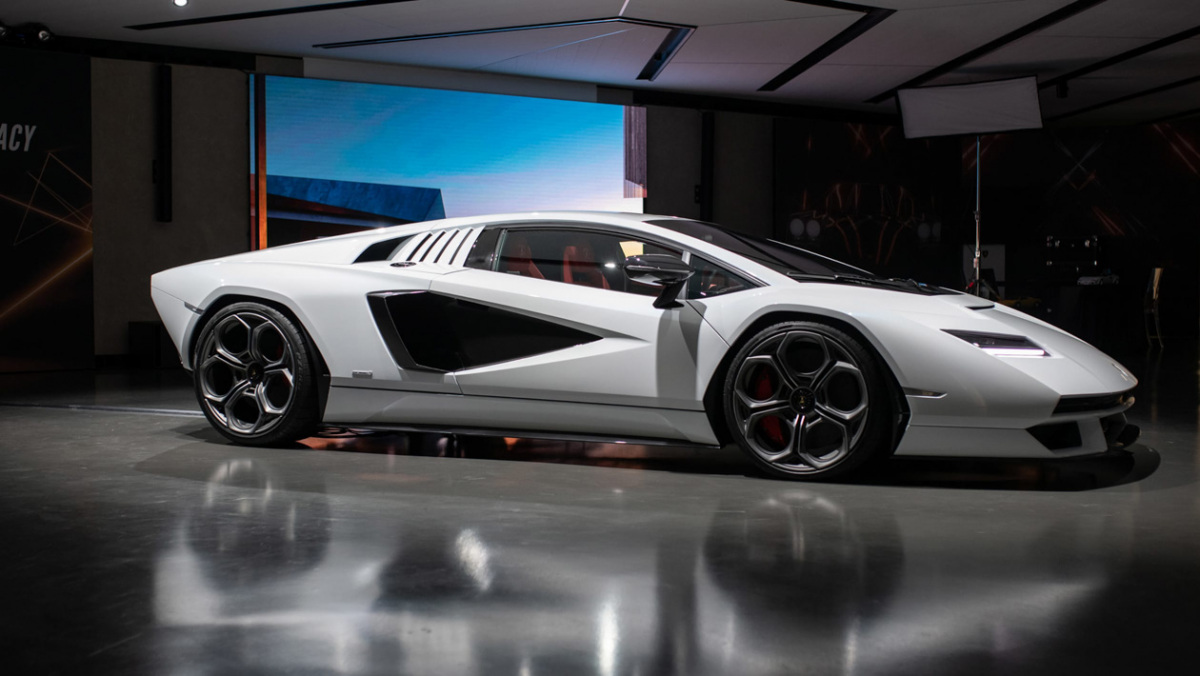 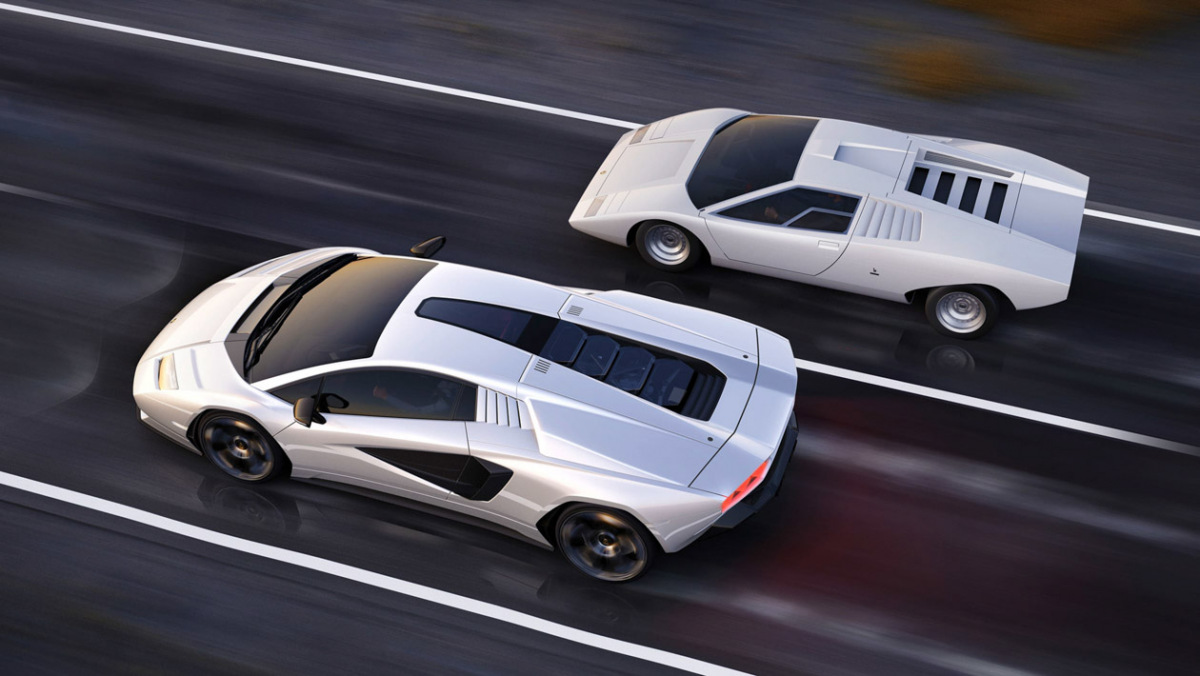 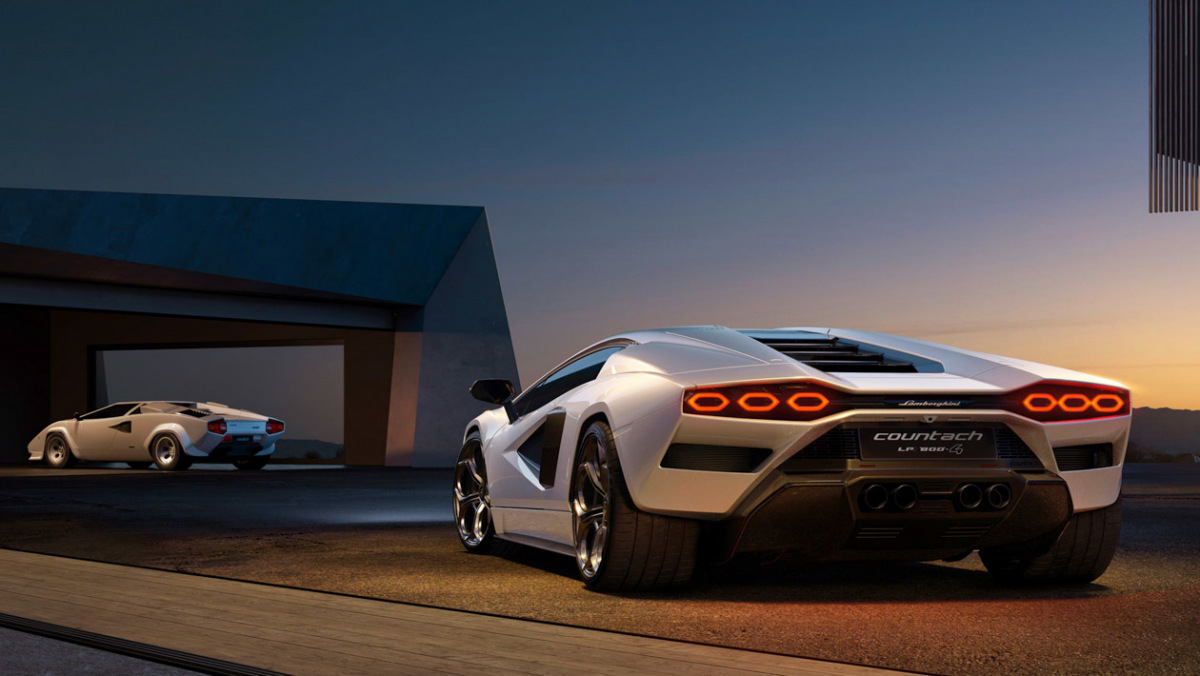 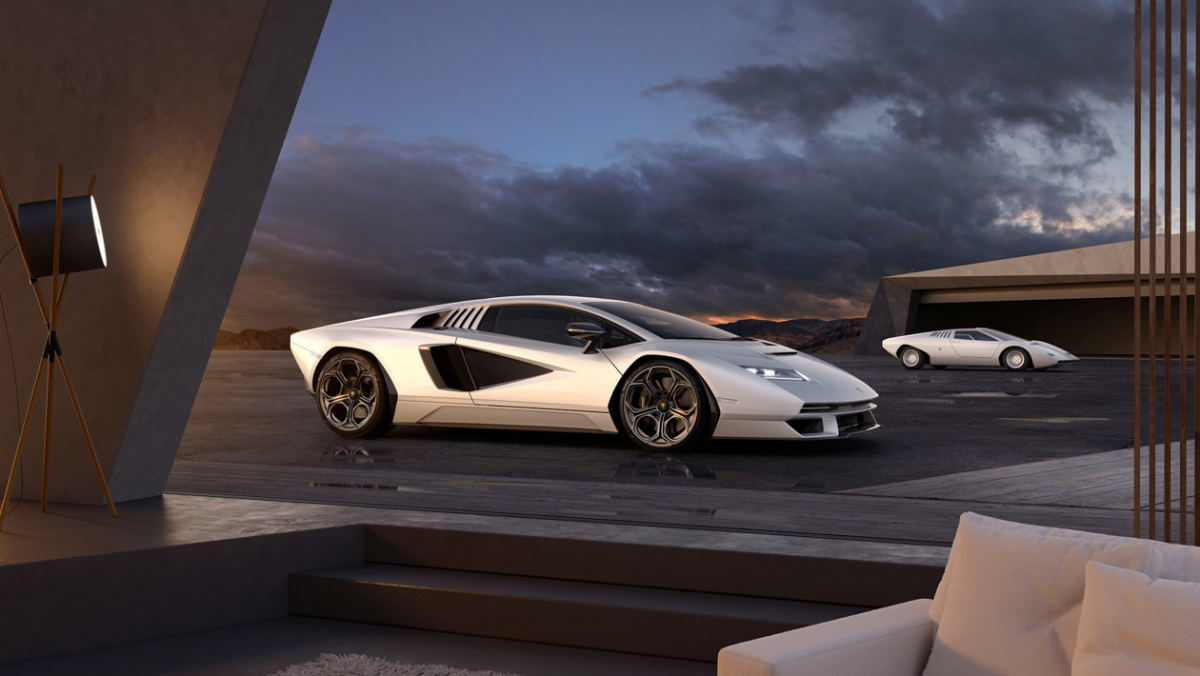 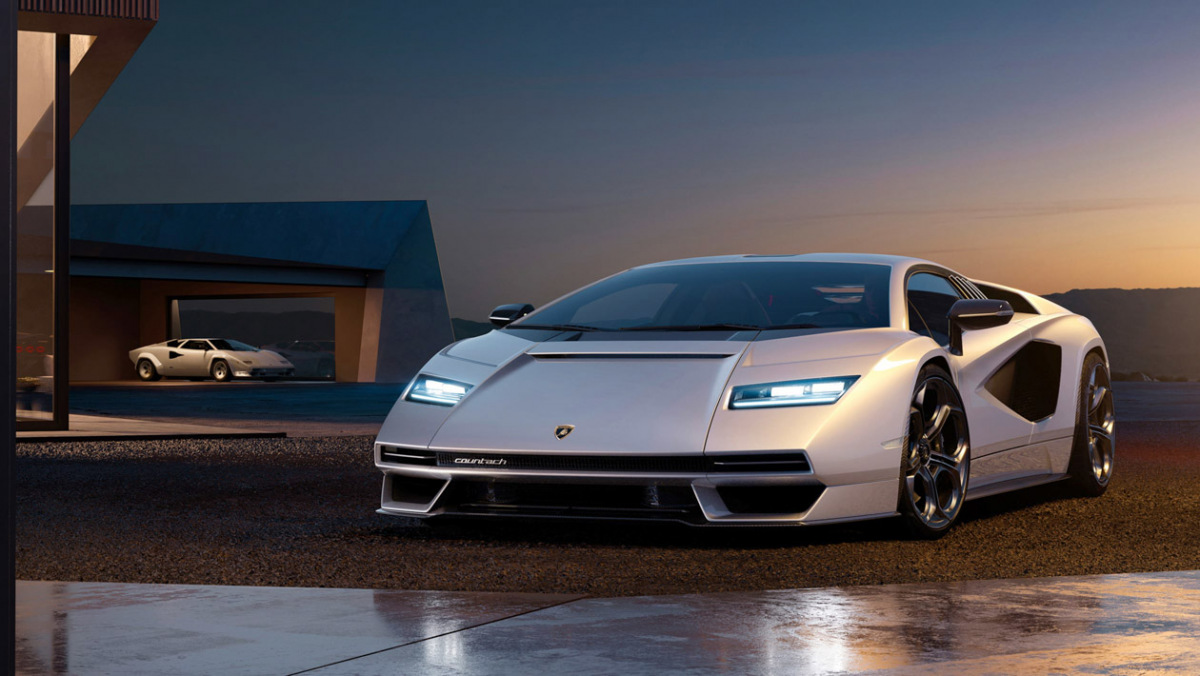 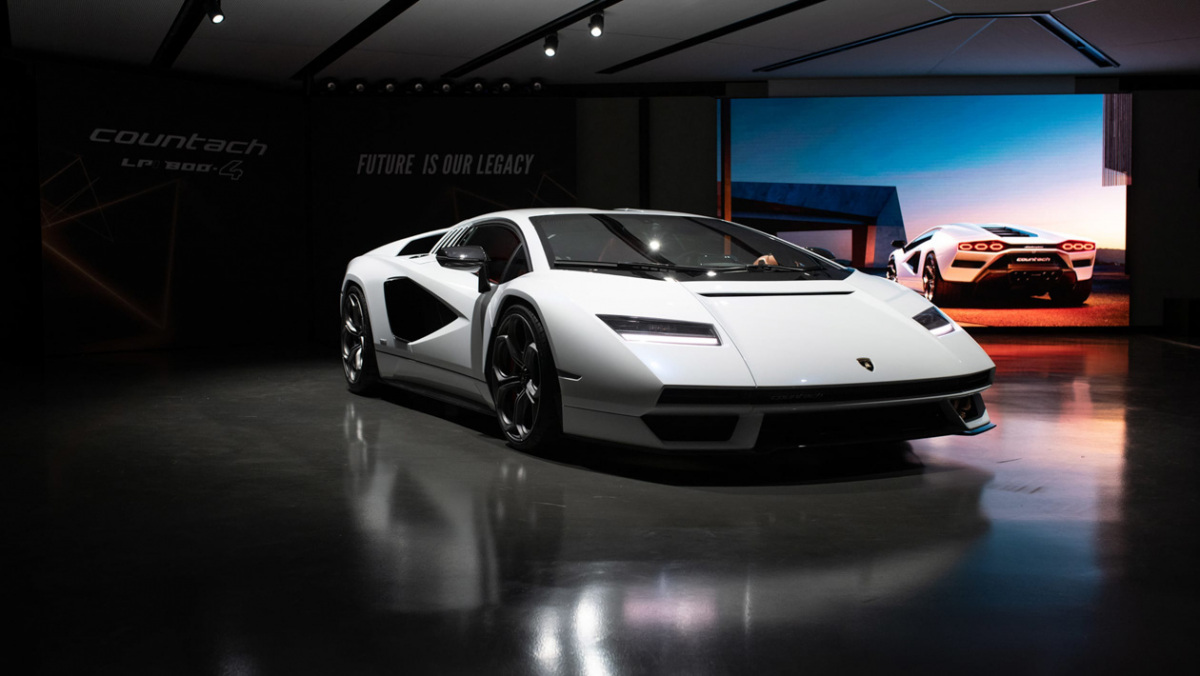 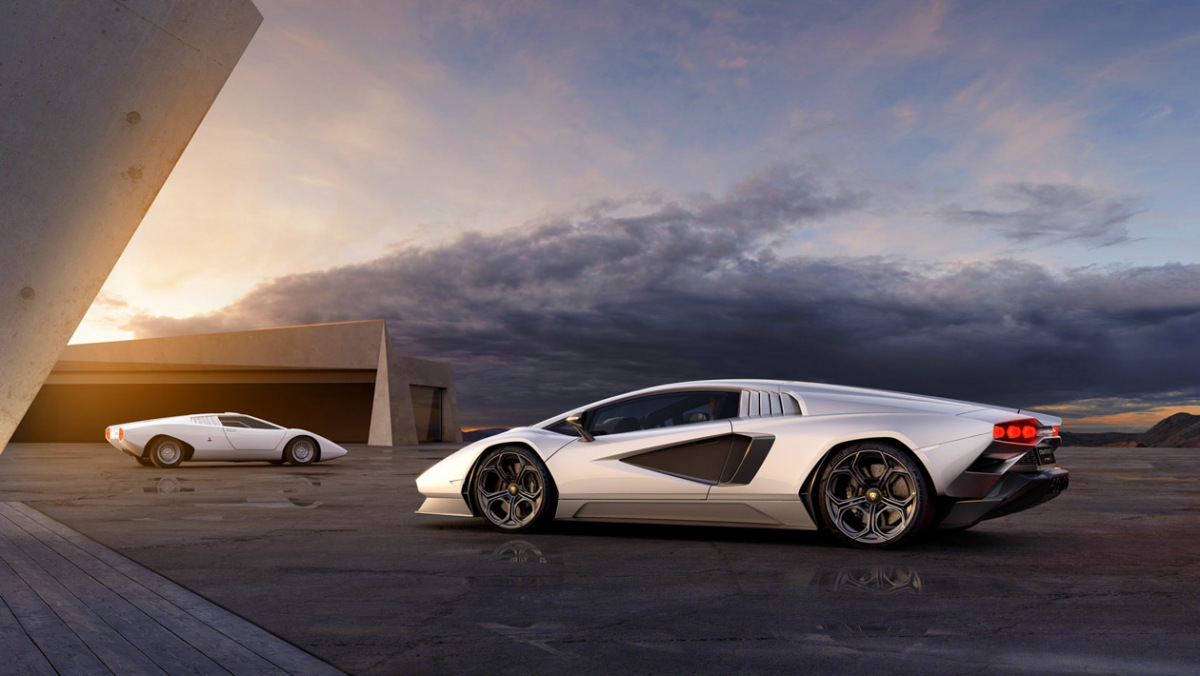 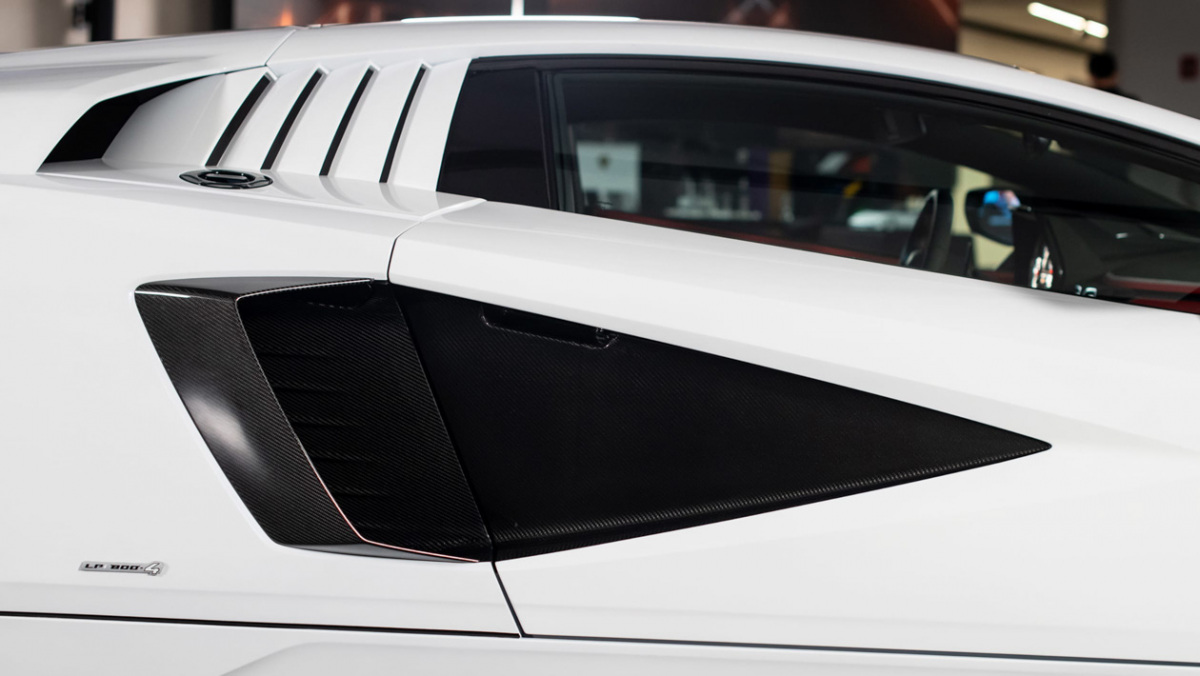 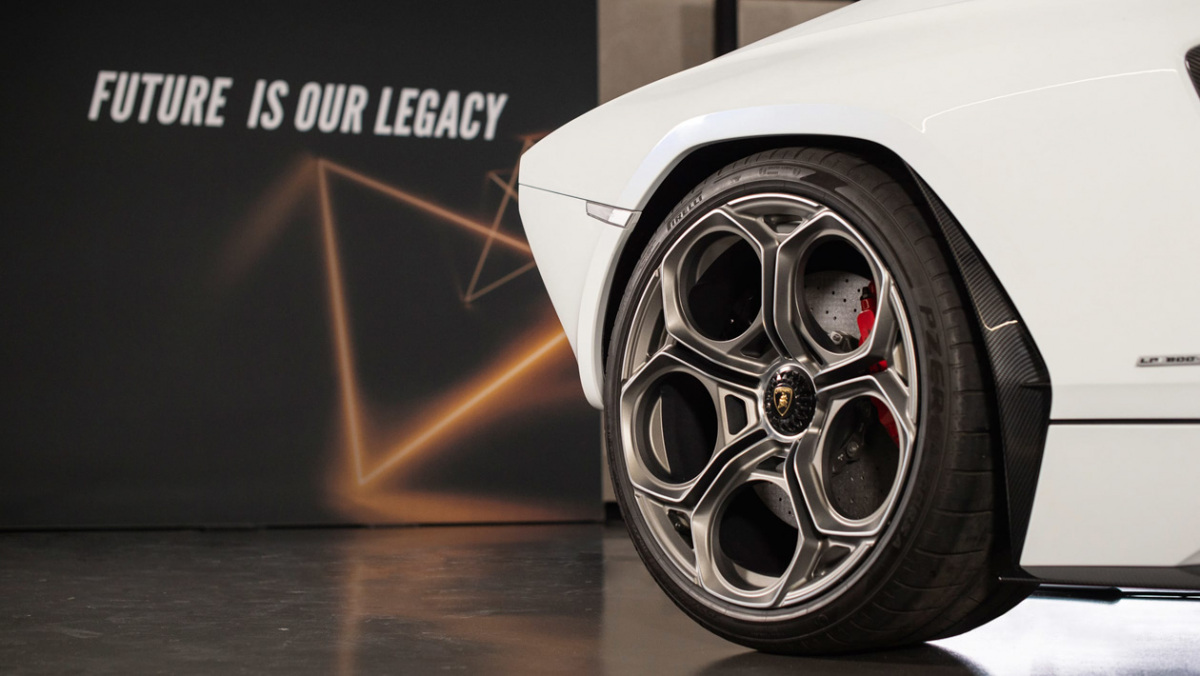 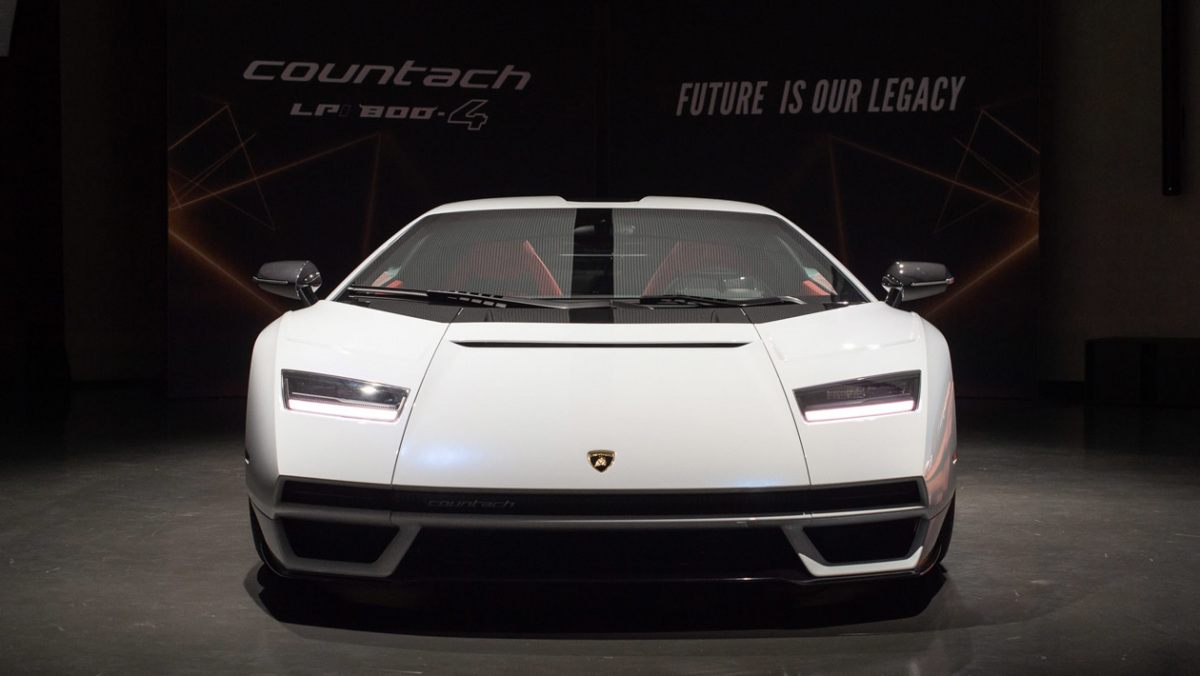 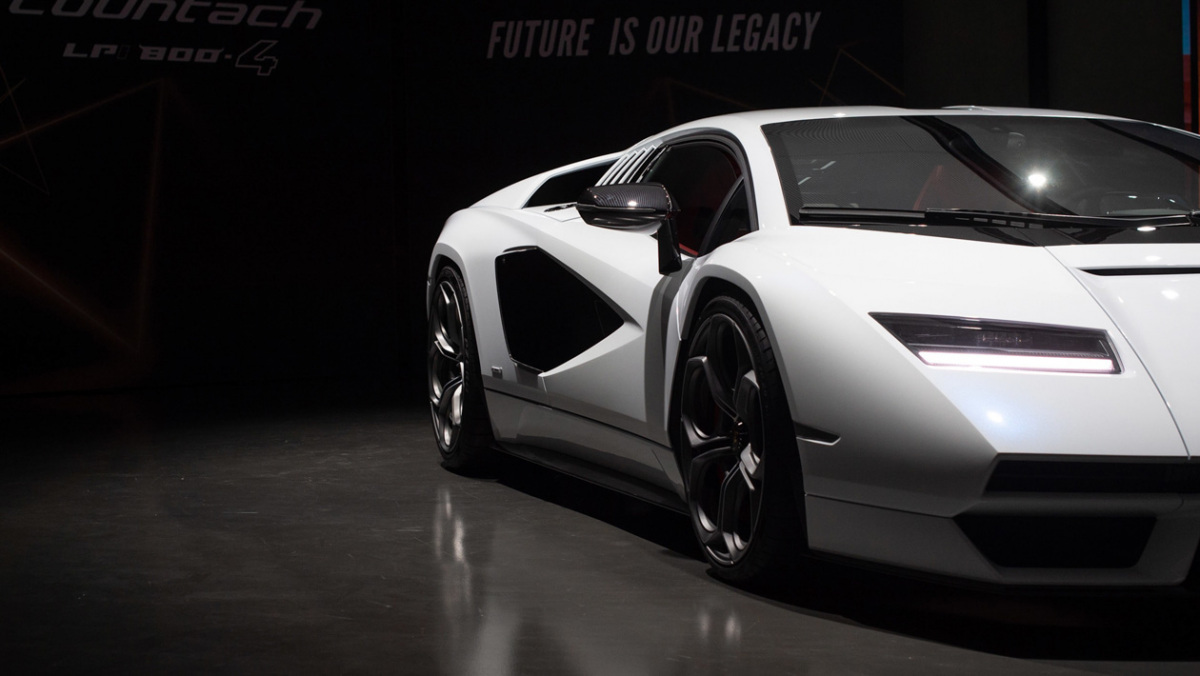 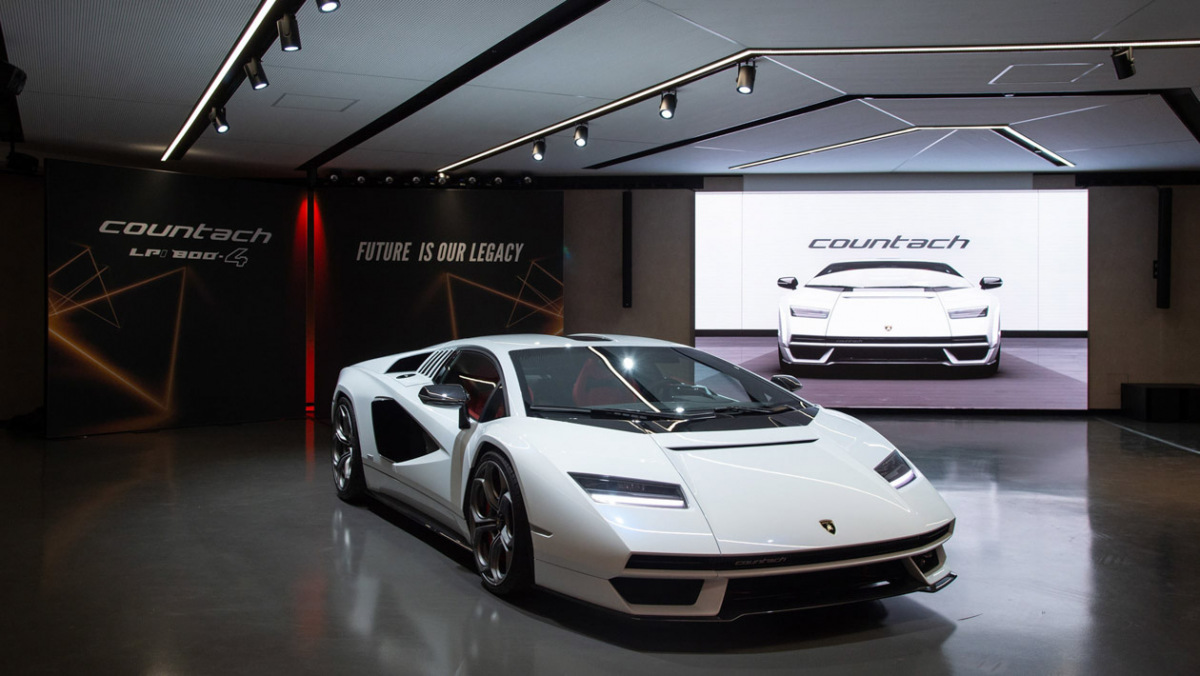 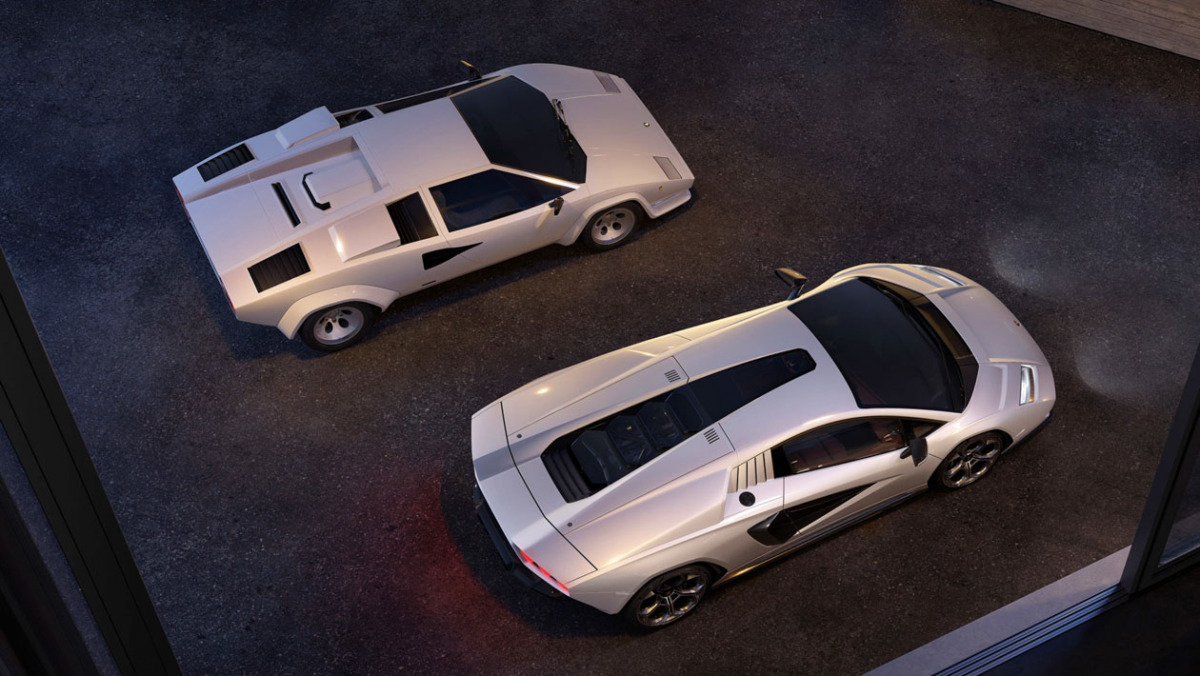 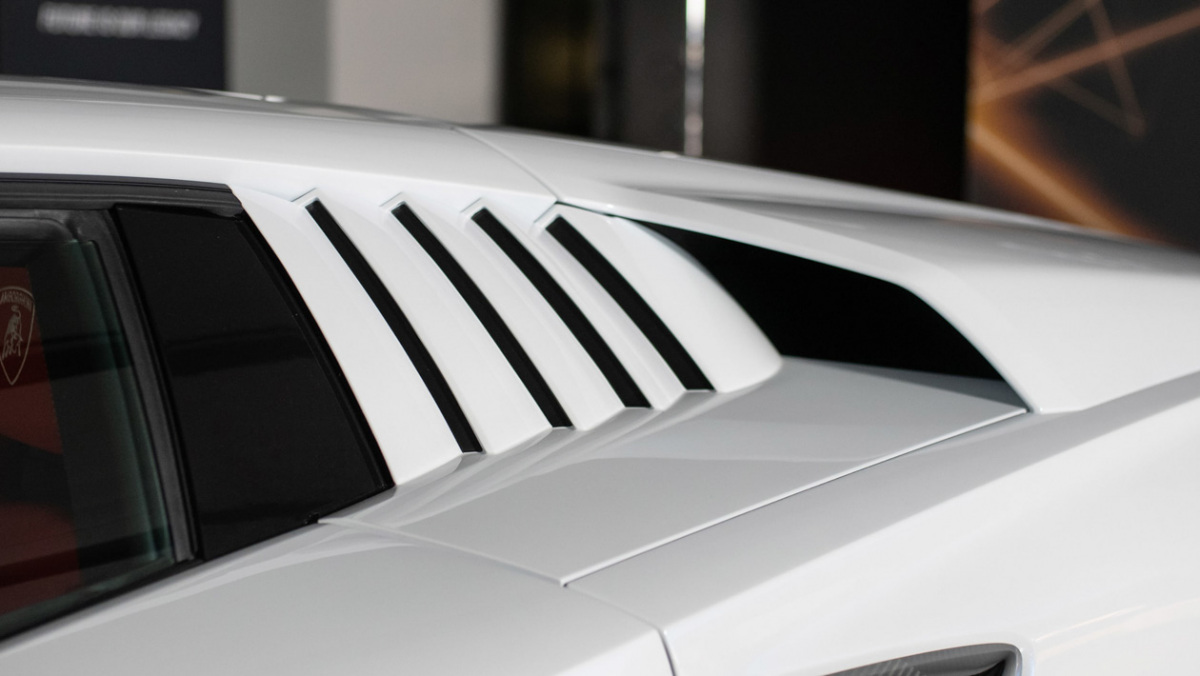 How do you even begin to approach the job of reimagining the Lamborghini Countach? It’s a risky exercise, as more than just being an icon for Lamborghini, it’s also the car that arguably defined the notion of a bedroom wall poster supercar. Yet it’s a path Lambo has decided to tread in revealing the limited-run Countach LPI 800-4, itself a celebration of 50 years since the original Countach concept first stunned the crowds at the 1971 Geneva motor show.

Before Lamborghini hands first examples to their lucky buyers in the coming months, images have surfaced of the model out on public roads for the very first time. Being a celebration of the Countach design, the model was joined by both the first and final iterations of the original; the Countach LP 400 and Countach 25th Anniversary.

The new Countach will be limited to 112 units as one of Lamborghini’s ‘few-of’ models in a similar fashion to the Sián. The chassis and powertrain are derived from that same car, with the body constructed on a carbonfibre monocoque with aluminium subframes at either end supporting the suspension and axles. The new Countach also utilises the same naturally-aspirated 6.5-litre V12 engine assisted by a compact electric motor. Together the powertrain’s total power output is 788bhp, with 32bhp of that figure coming from the electric motor. The electric motor itself is powered by a small supercapacitor in favour of a more traditional battery, which is both lighter and more effective at rapidly deploying and collecting electricity.

Power goes to all-four wheels via a seven-speed independent shifting rod (ISR) single-clutch automated manual transmission, and there’s also rear-wheel steering, magnetic dampers for the pushrod suspension and the latest vehicle dynamics management system that centrally collates the data inputted from its various sensors to more accurately control the various electrical and stability systems. Performance is identical to the Sián, reaching 100kph in 2.8sec, 200kph in 8.9sec and going on to a claimed 354kph top speed.

But all of this technical hardware comes second to the job of reimagining the Countach’s iconic form, one originally penned by car design legend Marcello Gandini for Italian design house Bertone. The resemblance between the two is uncanny, with a variety of shapes and detailing that are informed by different Countach iterations over its 26 year production run. The most substantial influence is taken from the original 1971 concept, perhaps the purest interpretation of Gandini’s design, and the only to include the slatted intakes aft of the window glass.

From here, though, the new Countach LPI 800-4 is packed with elements from the Countach’s greatest hits, from glass detailing on the roof referencing the original LP400 ‘Periscopo’ roadcar, and a chunky lower lip inspired by the later Quattrovalvole. Even the colour and trim of this initial show car references Feruccio’s own LP400 S company car, sharing the same Bianco Siderale exterior colour and two-tone red and black interior. In fact, Lamborghini will be re-releasing a range of iconic historical hues from the Countach’s back catalogue.

Yet building on these retro elements, is both new technology and proportions which see more of Lamborghini’s contemporary motifs featured. The slimline LED headlights essentially negate the need for large oblong headlights that were otherwise hidden away under the iconic pop-up covers, and supersized ducts along the flanks are constructed of carbonfibre, referencing the iconic NACA duct from previous Countachs in ideology, if not execution. The rear end again takes a recognisable graphic from historic Countachs, but intersects it with contemporary lighting elements and the required openings to keep that V12 powertrain cool. Yet while a modern Countach will never be able to mimic an original due to technical regulations and the physical growth of its technical components, it is a refreshing change to the far more complex and aero-driven design that Lamborghini’s current design language has purveyed over the last decade or so. Whether this type of simplified aesthetic finds its way to Lambo’s future series-production models remains to be seen.

Lamborghini has not yet announced pricing, but the 112 units will reach customers from early next year. With the Aventador’s successor on its way, the Countach will likely be one of the last ‘few-of’ models to be built on the current V12 Lamborghini architecture, and without any open-top Countach models in the back catalogue, this one will likely remain a coupe.