LaFerrari at the Nürburgring

LaFerrari hits the Nürburgring for a balls out run. 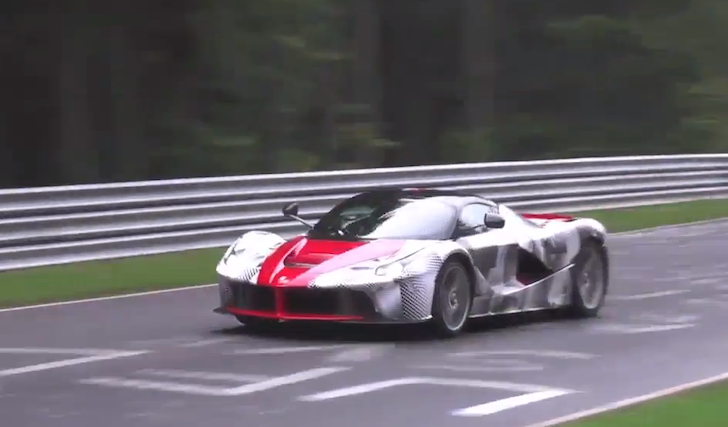 What you see here is Ferrari’s new 950bhp LaFerrari taking on the Nürburgring, not too long after being spotted putting some practice in at Fiorano.

Now while the chance to see Ferrari’s newest and most expensive finally out in the open, this is not the first time we’ve seen a new hybrid supercar being hauled about by it’s green collar. You may remember Porsche took its new 918 Spyder for a few laps and staggered all and sundry with a 6m 57s laptime. All that with ‘just’ 887bhp to play with. Just goes to show what a key to the door and a certain Rohrl on speed dial can do, doesn’t it?

And they’re not the only ones. McLaren too has given its new P1 the Green Hell treatment, bringing a 7m 04s time back to Woking (we’d wax lyrical about the new BMW i8 too, except Munich is being pretty tightlipped about its time).

So now into the fray gallops the prancing horse. Just goes to show that it doesn’t matter how big your horsepower rating is, it’s what you do with it that counts. Hence a couple of missed apexes in this video.