Power corrupts, as the saying goes, so will increasing its output ruin Arun’s perfectly good bike? 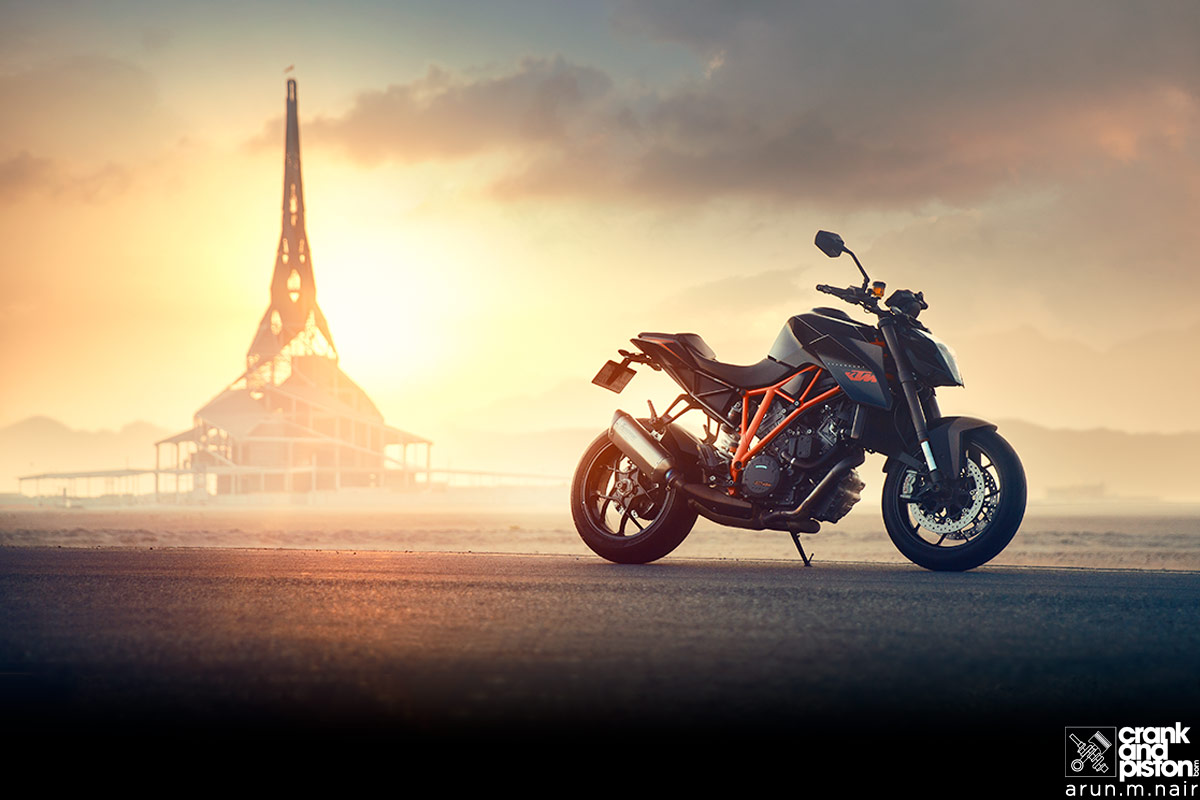 There is a correlation between men and power, and it’s evident throughout the rich and often dark history that we all share. There have always been those who’ve striven to become superior to others; a hunger for strength and dominance. For some it’s the fire that forges a new future for themselves and others, and that ‘power’ has always taken many forms. Often men are reluctant to admit their unending love of power and the pros (and cons) that come with it.

And the ‘excuse’ I had for desiring more power? While I’m not intent on changing the course of history, I’ve been wanting to liberate more oomph from my Super Duke for some time now, because I’ve known it had the potential to be even more electrifying and sometimes a man can’t get enough of a good thing. It doesn’t help that my friend Jameel, with whom I share my more ridiculous flights of fancy, is rarely (if ever) the voice of sane reason.

My idea isn’t new and is pretty simple: a new engine map that will increase the horsepower and torque, a lightweight exhaust package that reduces the bike’s weight by around 6kg and the addition of a BMC air filter as the cherry on top. All that wrapped up in one perfect excuse known as “my motorcycle’s first anniversary”.

‘Having ridden it like that for a day, it suddenly became obvious why women generally outlive men’

After the parts were delivered, the whole process of fitting them took just half a day. Starting with replacing the stock K&N filter with the BMC item, I was shocked by the amount of dust and sand it contained after just eight months. It was almost as though I’d been using it for the Dakar Rally – a real indication of how tough the conditions are here on our vehicles and the toll our environment takes.

Then came the weight shedding process with the fitment of a new, lighter exhaust system, followed by the more aggressive engine mapping. The final results, however, were terrifying, to the extent that I immediately came to regret my pursuit of more power in the first place. My burning desire to get a glimpse of the bike that KTM itself was too fearful to produce, had resulted in a fire-breathing motor that could make ears bleed – one that was borderline criminal to use on the streets and could very well bring on panic attacks to pedestrians all over Dubai. Having ridden it like that for a day, it suddenly became obvious why women generally outlive men.

Experiencing a sense of regret (yet tinged with a sprinkling of pride) that I’d realised the true potential of my Super Duke, I had the aggressive mapping toned down somewhat, with a milder version, and said goodbye to the pyrotechnics. I still have a few things to do on the bike but, in the meantime, I’ll be learning how to come to terms with all this newly liberated extra power.