He’s a proper petrolhead, and his dulcet tones are known to millions of racing fans around the world. We catch up with John Hindhaugh of Radio LeMans at the 24 Hours of Dubai. 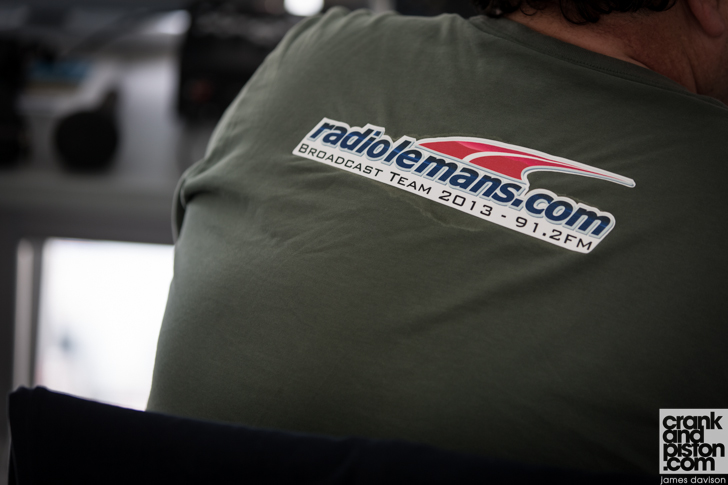 To the casual racing fan, the name John Hindhaugh might not mean much. But to the more dedicated sportscar fan, or to anyone that’s been to the Le Mans 24 Hours since 1989, his name – or at least, his distinctive Sunderland accent – will be instantly recognisable. John is the voice of Radio Le Mans, the byword for sportscar broadcasting, and he’s in the Middle East to commentate on ninth running of the 24 Hours of Dubai endurance race. And as our conversation soon shows, the jocular, affable Mackem is a proper petrolhead. 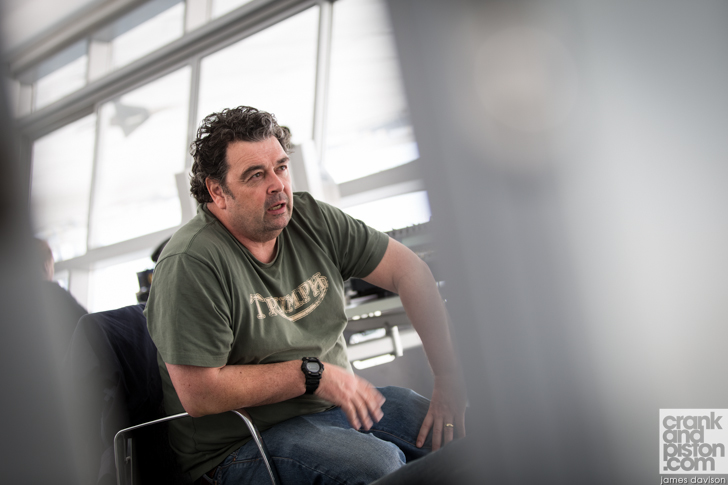 “I’ve been interested in cars ever since I was very young,” he says, sitting in the Dubai Autodrome commentary box as the rest of the Radio Le Mans team set up to broadcast live. “I didn’t know what I wanted to do going through school. I loved cars and driving and started driving at 13 before passing my test at 17. I bought a car,  taught myself to heel and toe, did some rallying as both a driver and a co-driver, but never thought about making a living out if it. I worked at one of the first indoor karting centres in the UK and did a bit of karting. I loved it, but didn’t have the time or the finances to do it seriously and wasn’t really very good.

“I started off with a 1977 Hillman Avenger 1.3, then got a newer 1.6. I put all the competition parts on it and ended up with about 150bhp on twin 48 Dellortos, lowered by three inches at the back and two inches at the front. I road rallied in that.  Then I had a Talbot Sunbeam TI, then some comfy Alpines, through a couple of Talbot Sambas, two Samba Rallyes and spent a lot of money, some of which I regret! 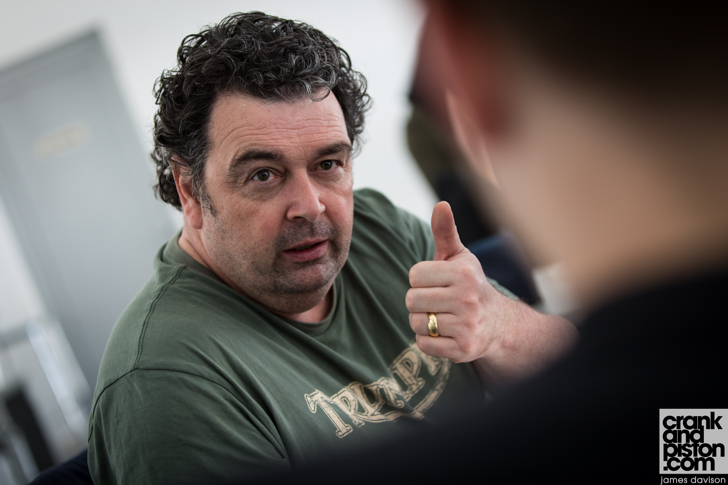 “These days I’m lucky to drive a lot of other people’s cars. We almost always have an Audi long-termer [courtesy of the channel’s sponsor] so at the moment it’s an A6 All-Road and a Nissan Pathfinder. For my toys, I’ve got a 1965 Sunbeam Alpine GT and a 1997 Porsche Carrera 2S, the last of the air-cooled 993s, which I bought from Marino Franchitti. I’ve always been into motorbikes as well. I’ve got a 1997 Triumph Thunderbird and a BMW 1600GT, which is a weapon. It’s an old man’s bike with superbike power.”

It’s this sort of enthusiasm for all things petrol-powered which has seen Radio Le Mans, led by John and a small but knowledgeable and dedicated team, become the byword for detailed, comprehensive coverage of motorsport, whether through live broadcasts from events around the world, or their weekly two-hour show, Midweek Motorsport, now in its ninth season.

The story of Radio Le Mans dates back to the ‘80s. It was the official radio station of the famous 24 Hours of Le Mans race, providing commentary to fans at the circuit in France during the second weekend in June. But that was essentially all it did. John, working in marketing and promotions for a radio station in the north east of England, had a chance meeting with one of the staff in 1988 and as a fan, volunteered his services. They were accepted, and John has since attended every event since 1989, save for 1991 when he was kept away by a bout of measles. His first Le Mans was as a music DJ, but after a friend asked him to commentate on a local karting race, his commentary skills were soon called into action. 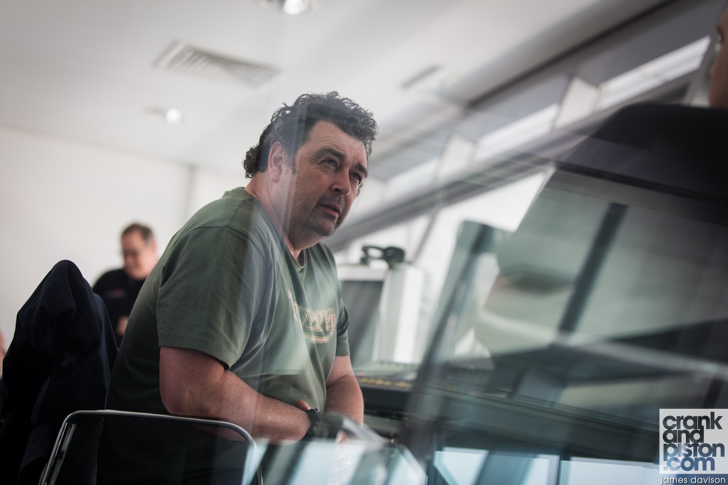 Radio Le Mans was bought by publishing giant Haymarket in the ‘90s, and under John’s guidance expanded to cover other races, such as the British Touring Car Championship. When the ACO – the body that operates the Le Mans 24 Hours – upped the licensing fees to broadcast from the race, it became clear that the operation would have to find other ways of justifying the necessary costs to advertisers. And so John had the idea to stream the Le Mans commentary over the internet – then a nascent technology. Even back then in the mid-90s, the first broadcast attracted around a million listeners tuning in via dial-up internet around the world. A deal to broadcast from the American Le Mans Series soon followed.

“From that moment onwards we realised that was the way forward,” John recalls. “I’m not known for being particularly sensible but I bought the URL radiolemans.com and that was possibly the best thing I ever did.”

For reasons unknown, Haymarket decided not to renew the deal to broadcast from Le Mans in 2005. By sheer coincidence, John had just sold a house and had pile of money lying around, intended for retirement, but the lure of becoming the new custodian of Radio Le Mans proved too much. With the permission of his partner – both business and romantic – Eve Hewitt, he stumped up for the rights.

With the best part of 20 years experience behind him, sponsors didn’t need massive amounts of convincing to come on board, which has meant that not only has John avoided bankruptcy, he, Eve and the rest of the team have managed to build RadioLeMans.com into an internet motorsport resource that broadcasts 24 hours a day, 365 days a year. 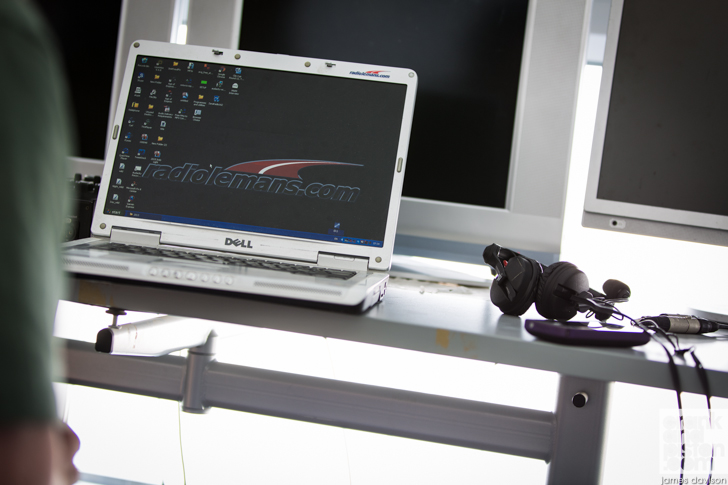 Although the site makes use of RLM’s considerable archive of programmes, there’s ever-increasing amounts of live content as motor racing moves closer to a year-round global operation. Whereas in the past the European and American seasons would end and there’d be a break over the New Year, nowadays – thanks to more and more events outside of traditional racing countries, such as the Dubai 24 Hours – there’s little time to rest. 2014 is Radio Le Mans’ third visit to Dubai, and John is well placed to comment on the growth of motorsport in the Middle East, having first visited during the first year of operation of the Bahrain International Circuit in 2004.

“The issue has always been here that although there’s a car culture, there’s not a motor racing culture,” he says. “I think that can only come with teams like the Saudi Falcons the Black Falcons [with Abu Dhabi Racing], local teams with local drivers getting involved in motorsport nationally and internationally. You can’t conjure up 100 years of motorsport history, which is what Europe has, out of nothing. But you can build facilities, and they are among the best in the world. The Dubai Autodrome, for example, is a great circuit. All of the circuits here are peerless. 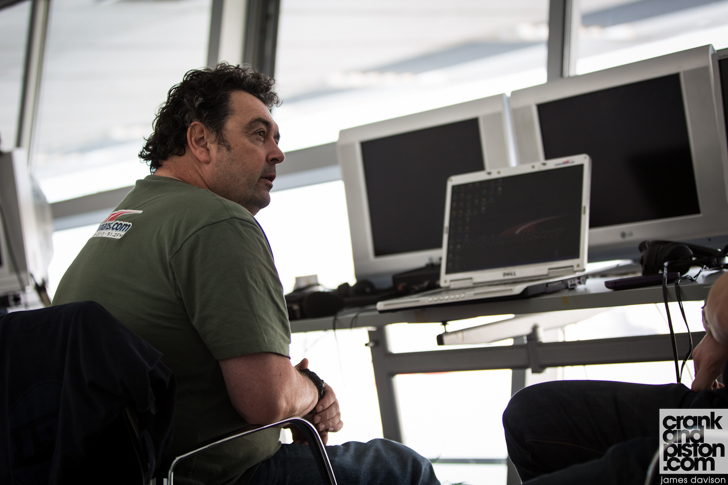 “What needs to happen, and what will happen and is happening, is national interest in national events. These big events are great because whether it’s F1, MotoGP or the Dubai 24, they attract the best racers in the world and they’re the halo events.”
The key, he stresses, is to make sure that people in Middle Eastern countries are aware of what’s going on in their back yards.

“This event is probably better known outside of the UAE as it is in the country,” he says. “I met a guy here in Dubai who had a yellow Porsche 993 with Le Mans stickers on the side, and he’d been to Le Mans and knew who I was, but didn’t know the race was on in Dubai. That’s the kind of person that should be here this weekend, because he’s a devotee of the sport, but there’s an educational job to be done across the Middle East.

“But I see it changing, I see more Saudi, UAE, Qatari flags on race cars. But it won’t happen overnight. People need to be patient. The people and facilities are here, and so is the sponsorship and financial support. It might not have been switched on yet, but once companies realise the international focus that motorsport can bring, it will happen. It has to. Why would you not want to be here?” 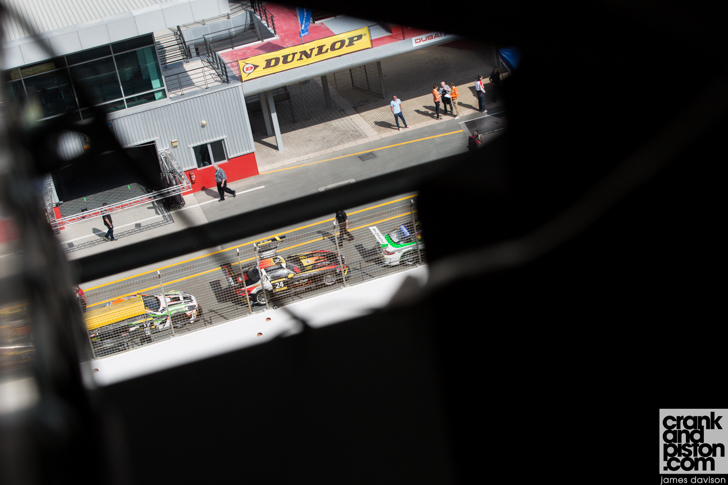