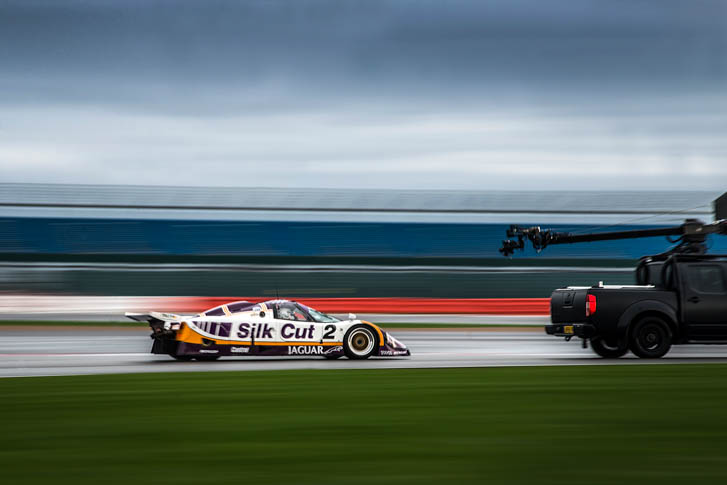 For sports car and Jaguar fans alike, the XJR9-LM holds a permanent spot in the hall of fame, since it not only bore the iconic Silk Cut livery, it also brought the British marque’s tally of Le Mans victories up to six in 1988 after a wilderness period spanning 31 years. Six wins would become seven just two years later with the XJR-12.

Behind the wheel on that day in 1988 were Jan Lammers, Johnny Dumphries and Andy Wallace, the latter of whom had the opportunity recently to jump behind the wheel of the XJR- once again at Silverstone for one last run through the night. His Le Mans run was far from an easy victory though, the Silk Cut Jag in the pits with just one hour of the race left to go with a broken gearbox shaft, only third gear and biblical amounts of luck stopping it from collapsing altogether and handing victory to the Porsche 962C of Hans-Joachim Stuck, Klaus Ludwig and Derek Bell. Far from surpsiing that Wallace has an awful lot to talk about from that day.

Having been on the ground at Silverstone for the new XJ international launch drive (more of which to come), crankandpiston.com also managed to grab a few words with Andy Wallace. Watch this space. We assure you, it’s worth it…