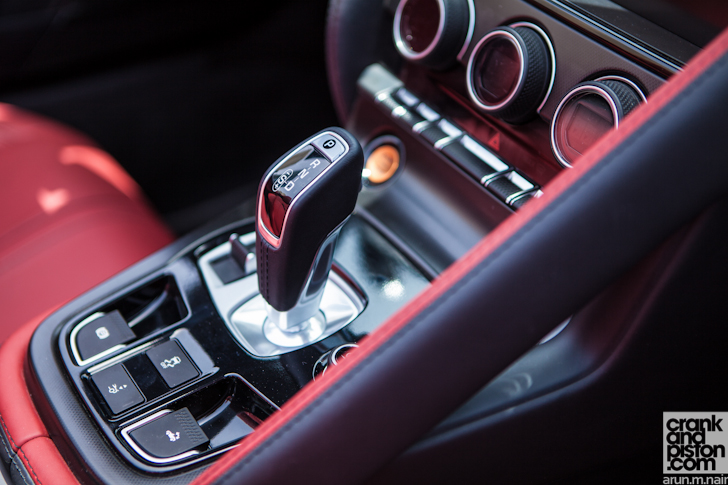 The interior is not what I had been expecting. Plentiful leg and head room with an over all feeling of non-clutter. No jazzy bling or wood panelling for this Jag. Quality materials and a simple, slightly asymmetric design which is orientated towards the driver. Which isn’t me. 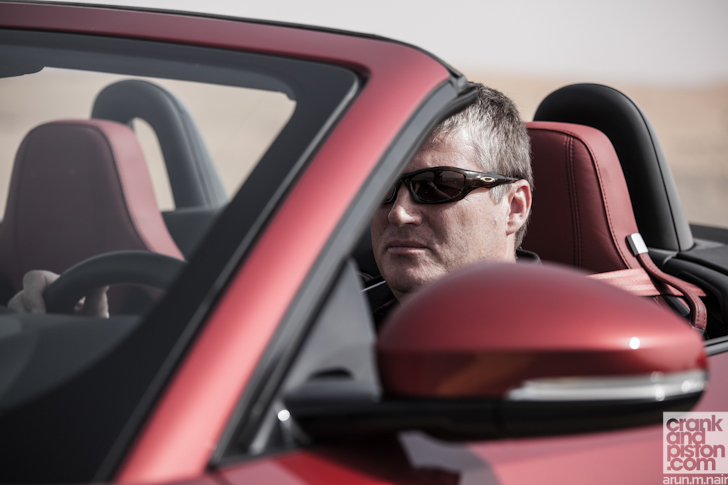 The man behind the wheel is John Winchester, manager at Jaguar and Land Rover Engineering Operations. He’s the man in charge of making sure the F-Type will work in the Middle East, and in part responsible for its global development. Considerable pressure sits on John’s shoulders as we countdown to the unleashing of this latest big cat, and we’re with him to find out just how one goes about ensuring the hopes of a company are on track. 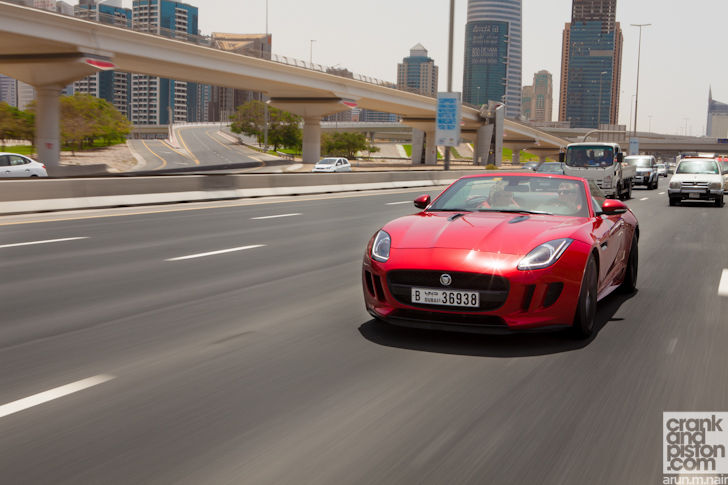 The F-Type will be the halo model within the Jaguar line up and sees a return of genuine roadster sportiness to the marque, something which has sadly been lacking for too long. It is therefore a rather important release from the company and it has to deliver the goods. Achingly beautiful it may be, but if it is all icing with no cake then the damage to Jaguar could be irreversible. 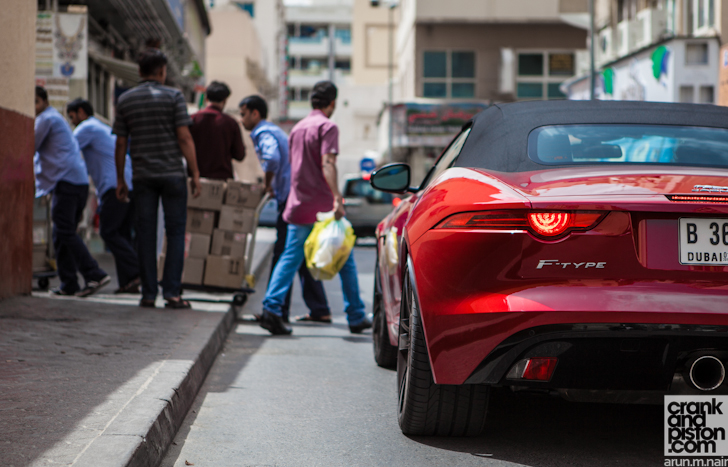 This is where John and the team at the Dubai-based Jaguar and Land Rover Engineering Operations come in. Having just moved to a new engineering facility, over three-and-a-half times larger than the previous testing facility, JLR is investing serious money on the development of its models. In 2010 JLR was testing in the region around 500 engineering days per year. Last year that had increased to 2300 engineering days. Although this is certainly a commitment to the Middle East market, it is just one part of an international push to improve the development of the products the brand sells and compete with the big boys. Porsche, we’re looking at you.

With other permanent test centres in Scandinavia, America and at the Nürburgring in Germany, the Dubai branch is part of a global network of engineers whose task it is to help develop the latest models and make sure they meet set criteria. Reliability and endurance of individual components, as well as the unit as a whole, are constantly put through rigorous and demanding durability tests. For the engineers in Dubai, the main focus is on the effect of climatic extremes that cars will be subjected to in the region. That means heat. Lots of heat. Oh, and dust. 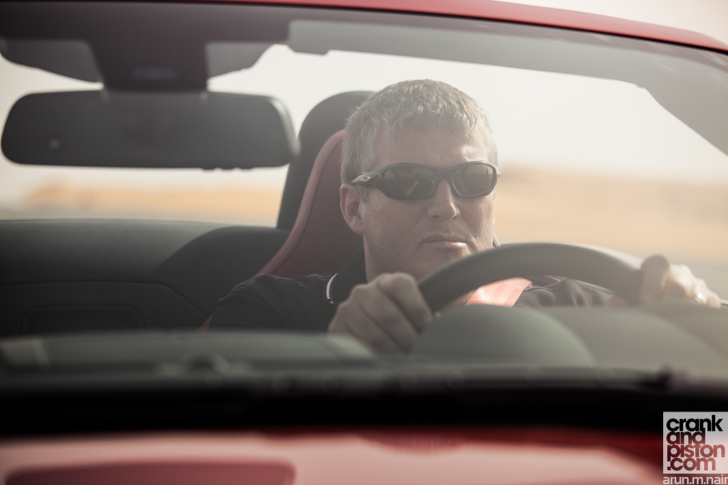 “We need to make sure the car is completely sealed,” John explains, as we set off to visit some of his regular testing haunts. “The roof seals, even gaiters and joints, how it affects the suspension, the driveline… we continually monitor the dust’s effect on the car to make sure there is no degradation anywhere, to keep it a clean environment. The air filtering system on these vehicles is absolutely sublime. We monitor any dust and dirt build up and I can assure you that none of that goes in to the engine.”

That’s good to know. Now, when do we get to thrash it? Not so fast, John warns. The F-type is designed as an everyday vehicle, and needs to be able to cope with everyday life. And most people don’t hit the twisties on a daily basis. 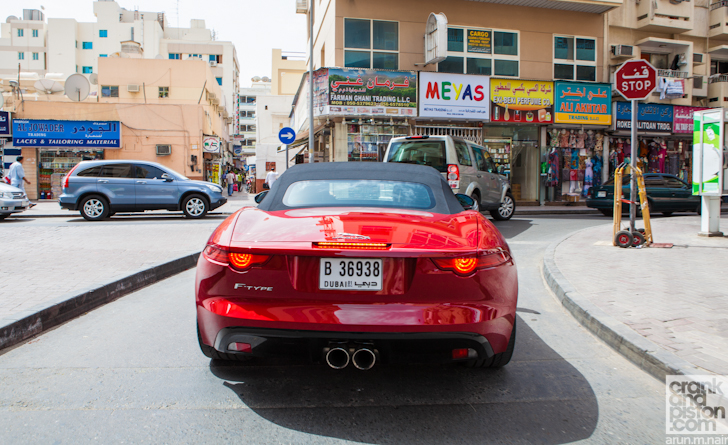 “The main objective was to get the cars in to market and use them as a customer would,” he says as we make our way down to the souk area in Deira, part of old Dubai. It is a big contrast to the cityscape that defines modern Dubai. Tight, overcrowded streets host the hustle and bustle of shopkeepers selling their wares. It is a loud and chaotic mix of colours and cultures busy about their business.

I envisaged the life of a Jaguar engineer to be all glamour, but a surprising amount of it amounts to sitting around in the heat. This particular location is used for what’s known as air conditioning “pull down” tests. “Generally, the tests we do here are done in 50ºC,” says John. “We sun-soak the car for a minimum of an hour and a half until it reaches temperatures of up to 65ºC and then head straight in to the souk area. We’re back to back with other cars and we have no air flow coming in and around the car so the cooling systems and the gear box are at their extremes, and we also have the air con working extremely hard to cool the car down to a comfortable level. We have very stringent targets on how quickly that needs to happen.”