With an F1 career spanning 14 years and 13 Grand Prix victories under his belt, we thought it’d be cool to pick the brains of the legend that is David Coulthard ahead of this weekend’s Abu Dhabi GP.

Now, bearing in mind I was born in 1986 and have had a passion for cars since I was very young, I’ve literally grown up watching this dude every Sunday. So to meet him was a real honour. Turns out he’s a really lovely bloke too…

Hi David, cheers for meeting me today. We know you’re going to be super busy presenting this weekend but which has proven more stressful for you; life behind the wheel or life behind the microphone?

“[Laughs] Life behind the wheel is definitely more stressful: there is very little chance I’m going to injure myself behind the microphone. Behind the wheel, there is a real risk that if it goes wrong you’re going to get hurt. The worst that can happen behind the microphone is that you swear live on air. But it’s a bizarre thing actually. Being an ex-sports person, there’s a belief you know what you’re talking about, so not much briefing is involved. You just kind of evolve into the role. If it sometimes looks amateurish, that’s because we are. We are amateurs.”

“The 2000 Magny-Cours French GP. I had to come from behind and overtake Michael [Schumacher] and Rubens [Barrichello]. I even gave Michael the bird as I went past, because I was annoyed at him. I woke up that morning knowing I was going to win the race, not because I was on pole but because I just felt invincible.” 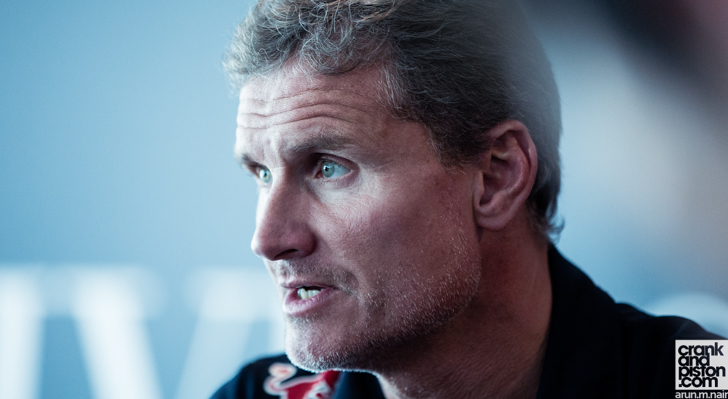 That was during your lengthy McLaren phase, post-Williams. How nervous did Mika Hakkinen’s life threatening accident in Australia in ’95 make you feel ahead of your ’96 McLaren debut?

“You always think about the dangers. I started with Williams after [Ayrton] Senna was killed. I was a test driver, so I raced the same car that Senna raced and the car that he was killed in, so if I were to be put off it would be because I was in the same car. But the ’96 McLaren was different to the 95 McLaren. “

We read somewhere that you once tested for the Jaguar F1 team, but were put off by the management…

“At that time, I wasn’t convinced by the management and they were empowered to make it a winning team. That all changed when Red Bull bought the team. You have to have the right team to be successful; it’s not just about the name above the door. Jaguar is a great name but it’s been a long time since they’ve had any success in motorsport, because they just don’t commit to it.”

How satisfying is it that a lot of the groundwork for Red Bull’s fourth consecutive championship came from your efforts early doors?

“I do often look back and think I played a positive part, but I tend to live for the moment, tomorrow and the future, rather than reflecting. You do the best you can in any given situation and if you really believe in your abilities then it shouldn’t be a surprise.” 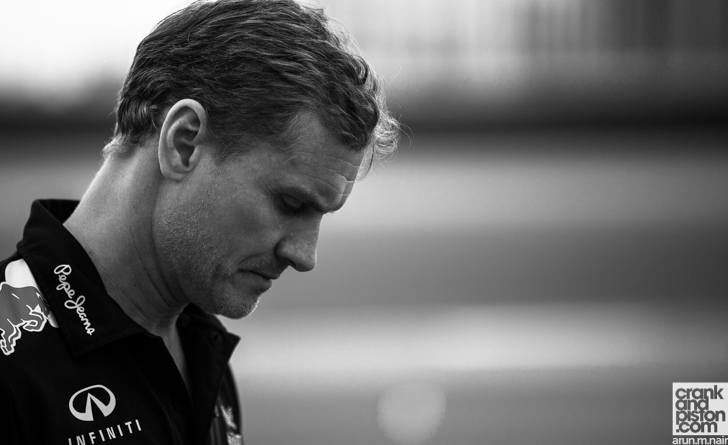 “Britain has always had a great history in motorsport, whether that’s been design, mechanical, or driving. We have a very high strike rate and Lewis is the latest of a number of talented drivers that have come from the UK and delivered results. It’s fantastic because it means it stays in the media and will naturally inspire the next generation of drivers.”

The Scottish saltire has been part of your helmet design throughout your career. What’re your thoughts on the new regulation this year meaning drivers are not allowed to change their helmet design?

“I do agree with it because we don’t change our face do we?! That’s how people recognise you. Your helmet is your identity; it’s the only thing that people see when you’re in the car. I personally can’t understand why a driver would be so dissatisfied with their helmet that they’d find a need to change it all the time, it shows a slightly unfocussed mind – what should be more important is your performance and the performance of the car. I know that Seb, four times world champion, was always changing his helmet, but I think that was more because he collects his helmets – when you win they get retired, so he wanted individual identity for different wins.” 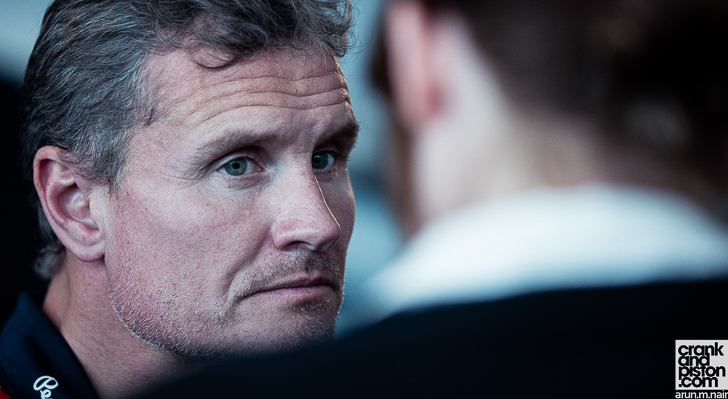 I think we’ve all seen the awesome RallyCross video you did with Jensen Button, but has that inspired you to look at rallying more seriously?

“I’m not looking to actively compete right now, to be honest. My career as a racing driver was fantastic and I enjoyed it immensely but it’s a moment from the past. Right now I have other business interests, TV and stuff, and I’ve got my own private business, so anything for fun like Race of Champions then I’m happy to do” – DC was crowned ROC Champion of Champions in 2014 – “Anything that really means proper commitment means me giving it 100 per cent.”

What do you think the tragic loss of Justin Wilson and Jules Bianchi will do to Formula1, as we know it, considering big changes happened when Ayrton Senna passed?

“I think there’s a big debate as to whether we should have closed cockpits or not, and I think that if we’d have had closed cock pits then both of those guys could potentially be alive today – that’s the sad thing about it. I completely understand that certain industries and certain sports have higher risks than others and that’s something that the drivers enter into knowingly. If you’re on a motorbike and you fall off there is a chance you’re going to get injured, but you don’t put a cocoon around a motorbike. The cars are pretty safe all things considered now.”

Many thanks for taking the time to chat to me, David. It’s been a real honour.

Previous ArticleBehind the scenes with World Superbike Champion Jonathan Rea
Next Article LaFerrari vs 288 GTO vs F40 vs F50 vs Enzo. Hyper 5 follow-up