The 900hp Icona Vulcano, a new Italian-born one-off supercar, will make its debut at the Shanghai Motor Show. 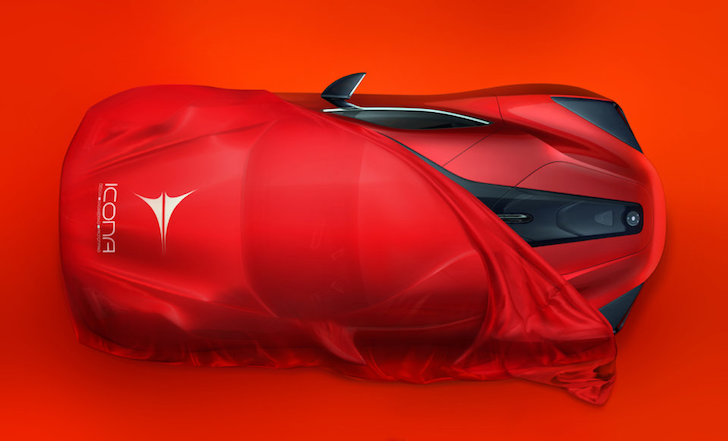 That’s a lot of red. I mean, that’s a serious amount of red. Then again, when we’re talking about a new one-off supercar called The Vulcano, it seems all the more appropriate.

The new beast, the work of noted Italian designhouse – and Shanghai-based – Icona, also brings with it a serious set of hardware to go alongside the partially concealed contours, though we’ll have to wait until the Shanghai Motor Show before the covers are fully removed. The front-engined V12 punches out 900hp, hits a top speed of 350kph and 0-200kph in under ten seconds. Not too shabby, especially given the Italian powerhouse competition lining Icona’s way.

Perhaps the most significant name though is under the bonnet: Claudio Lombardi. Not only has the Italian spent time with Lancia during its unparalleled World Rally Championship career (cough, seven titles, cough), Icona’s design director has also enjoyed stints with Aprilia in the World Superbike Championship 2010 (Max Biaggi’s title-winning year) and with Ferrari’s Formula 1 and GT programmes from 1991-2000.

We’ll take the fact that Scuderia went on its five-championship winning streak after parting company with Lombardi as a coincidence.

Previous ArticlePorsche Cayenne Transyyberia. A Risqué Choice
Next Article sniffpetrol. ‘What Part Of Multi 21 Do You Not Understand?’