HYPER 5. LaFerrari vs 918 vs P1 vs Veyron vs Huayra. COMPLETE 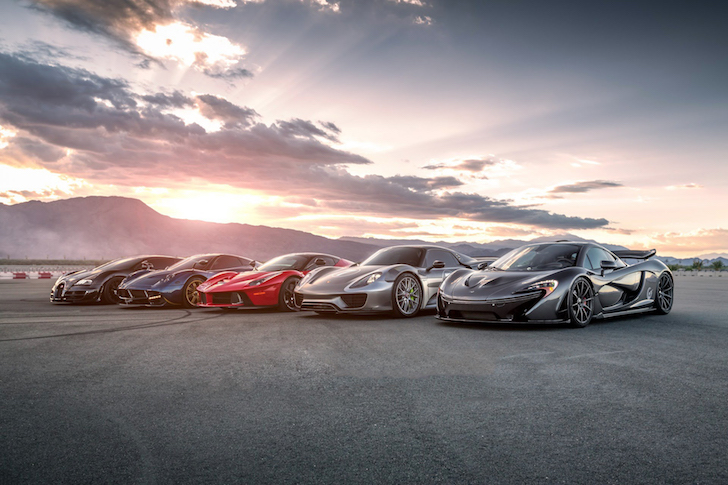 The first chapter of Hyper 5 had what most petrolheads across the globe had been clamouring for ceaselessly: on-track competition – including drag race – between the LaFerrari, McLaren P1, Porsche 918 Spyder, Pagani Huayra and of course, in the words of presenter Alejandro Salomon, the Boogarti VeyRON.

Having introduced the competitors, Salomon now moves onto chapters two and three as each of the customer-owned, fully stocked models are pitted against each other on the South Palm Circuit in Southern Calfiornia, one hot lap after another. Only then will the King of Kings be crowned.

But before that, time for some top trumps…