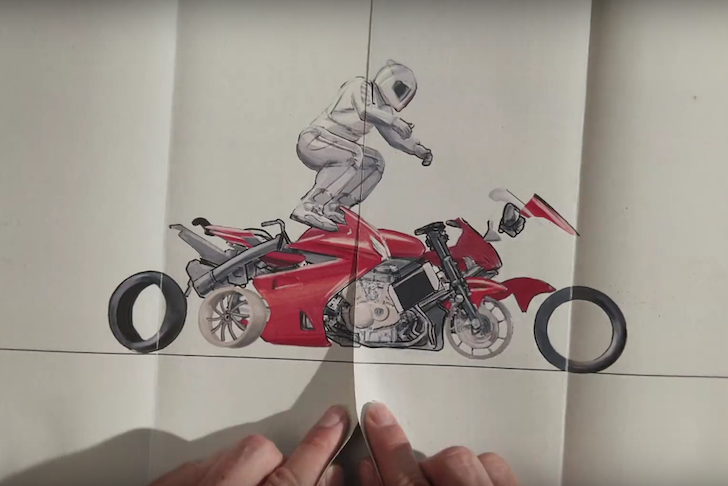 The film – which starts with founder Soichiro Honda‘s use of a radio generator to power his wife’s bicycle and reveals Honda’s automotive history thereafter – was first shown during CBS’s NFL coverage on Sunday – and was shot across one large table incorporating thousands upon thousands of paper illustration stitched together. In doing so, the ad also references Honda’s engineering principle: bringing ideas on paper to life.

Fans of ‘The Cog’ and ‘The Other Side‘ will recognise the attention to detail, the fantastic creative approach, and the eye-watering logistical nightmare that such a production must have created (for more info on that, there’s a quick behind the scenes vignette below too). They may also recognise the Civic, the Integra, the new Acura NSX, a Honda-powered IndyCar, the latest Formula 1 McLaren MP4-30 and the company’s ’61-’67 Isle of Man TT winning streak.