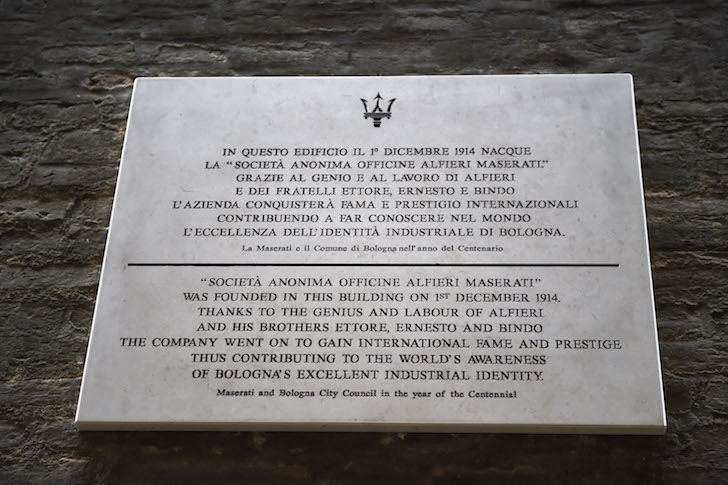 On December 1, 1914, three brothers – Alfieri, Ettore and Ernesto Maserati – open their car repair workshop and garage in Bologna, registering the business 10 days later. That was the start of the Maserati story, which stayed in Bologna until 1939 and then moved to Modena, where it remains today.

Bologna City Council has now installed a plaque on the building that housed Maserati’s humble origins, so if you’re travelling through Italy you can go and pay homage, presumably with a loud burnout on the road outside.

The plaque reads: “Società Anonima Officine Alfieri Maserati” was founded in this building on 1 December 1914. Thanks to the genius and labours of Alfieri and his brothers Ettore, Ernesto and Bindo the company went on to gain international fame and prestige thus contributing to the world’s awareness of Bologna’s excellent industrial identity.

What’s your favourite Maserati from the past 100 years? Let us know in the comments section below.