The sports car field is a highly competitive one, meaning German newboy Halcón has a tough task ahead of it. How tough? crankandpiston.com finds out with a quick spin in their pre-production SuperSport ‘Falcarto’

Rarely has the phrase ‘just be careful’ been more appropriate than this morning.

The subject of my reticence is the new SuperSport ‘Falcarto’ from German independents Halcón. It’s one – in fact #1 – of only 25 examples in the world, and is so new that our test model today has not even been registered for the road yet. It costs just under $200K, which is quite a lot more than my modest bank balance can cover. There are still several weeks to go before the first customer-ready models meet their new owners, and we’re several months away from the first official international test-drives being announced. So then, not only do I have sole custodianship of this extremely limited, not quite production-ready $200K super sports car, I also have both the CEO of the company and the production team looking rather nervously over my shoulders. Nobody outside Halcón’s development and management teams has driven this car yet, meaning I – a member of the media no less – will be the first. It’s no real surprise that everyone, myself included, is a little on edge this morning. 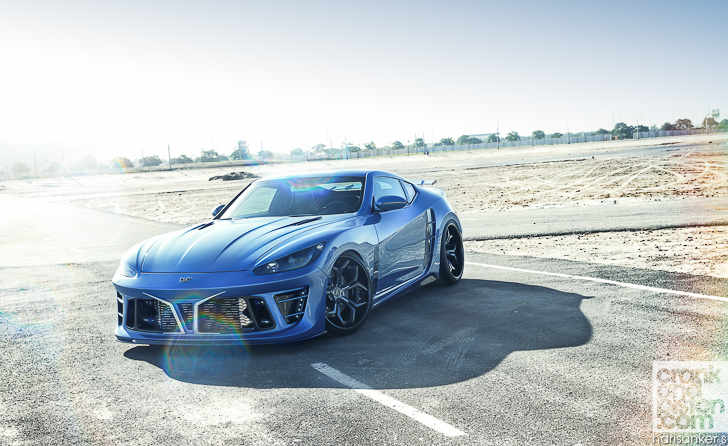 And by the way, when I say ‘new’, I really do mean that. Development of the Falcarto  (referred to several times as ‘the realization of a dream’) has been going on for only two and a half years. Based in Frankfurt, Halcón made its debut Motor Show appearance only earlier this year on home turf. And given that Frankfurt this year was monopolized by Bugatti’s Vision Gran Turismo concept, Porsche’s Mission-E and Mercedes’s IAA Concept among others, coverage of the local boys was comprehensively eclipsed. Take two though brought the squad to this year’s Dubai Motor Show, where they were afforded a little more breathing room to discuss details. CEO Rick Damm, rather randomly, originally started out in the music industry, a passing tenure in the flight simulation business eventually aligning him with new partners Christopher Kranz and Ralph Diehl to invest his passion for sports cars into one of his very own.

“A limited budget meant we had to work our way up from the underground, and we knew we could only build between 15 and 25 cars. But I’m pretty confident that there are 25 people on this planet who would like to have a car like this.” Peel back the carbon skin of the Falcarto, and you begin to understand Rick’s confidence.

“Nobody outside Halcón’s development and management teams has driven this car yet, meaning I – a member of the media no less – will be the first”

Key to success is strong underpinnings, and in this regard Halcón – taken from the Spanish word for ‘Falcon’ – is off to a good start. At the base of the Falcarto is the basic underpinnings of a Nissan 370Z, albeit with new suspension, differential and a revised chassis. In our prototype model  lies a VQ37HR twin turbo V6 with manifolds ripped from the Nissan GT-R. It’s a unit capable of an eye-watering 720bhp (upon customer request), meaning 0-100kph could theoretically happen in 3.2 seconds en-route to a 320kph top speed. Our test model today however boasts a slightly more modest 640bhp and 325lb ft of torque, still enough for us to nail 100kph in five seconds flat and 285kph. 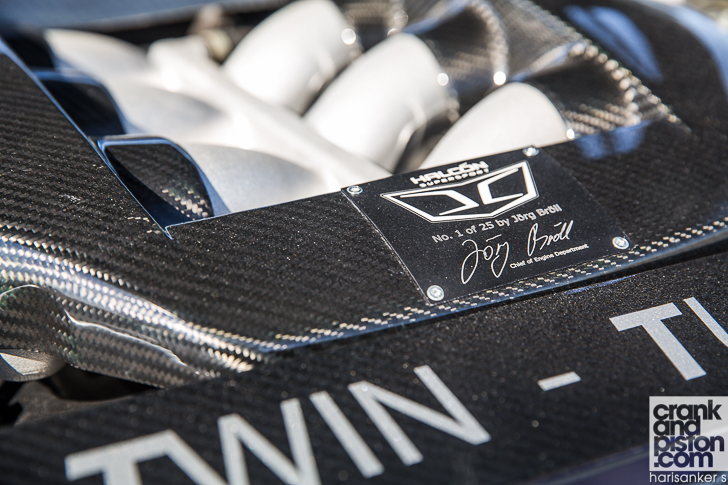 Well, in theory at least. Some last minute refinements are still required before the Falcarto is truly ready to be delivered to customers, and as such, today’s test will not be tyre-smoking full banana. It’s a drive of initial impressions as opposed to finding the ragged edge, of which I’m reminded by a slightly nervous looking Rick: “don’t make me regret this” he jokes.

In terms of pure aesthetics, Rick and Halcón certainly have little to be worried about. Knowing what’s beneath the bonnet, it’s difficult for me to shake the GT-R comparisons, particularly given the ruggedness of the bonnet grooves and those pincer-like headlights. But there’s more to it than that. Oh so much more. The distinctive Halcón crest flanks the front air intakes, through which you can see the guts of that VQ37HR V8 peering back at you. LEDs line the intakes on the front fenders, while a proposed glass roof was scrapped in favour of a double bubble. There’s an Audi R8-esque carbon fibre ‘blade’ behind each door, three-piece CNC-machined concave rims, and a seismic bucket load of carbon fibre. This a German sports car? Isn’t it supposed to be devoid of character? Such thoughts are struck from my mind when chief designer Christopher mentions that inspiration for the rear diffuser came from…how to put this delicately…parts of the female anatomy. His words, not mine.

So, it’s a little mental. Indeed, the suspension is so slammed that’s there’s barely enough room to squeeze a fag paper between the tyres and wheel arches, and the ride height is just high enough not to scrape the asphalt, but only just: our shoot is actually delayed by nearly two hours when we realize the front lip won’t go over the groove of our recovery truck. At full(ish) chat though, I’m assured this lowered ride height should ensure superb cornering stability, though we’ll have to wait for an official test drive to confirm that. 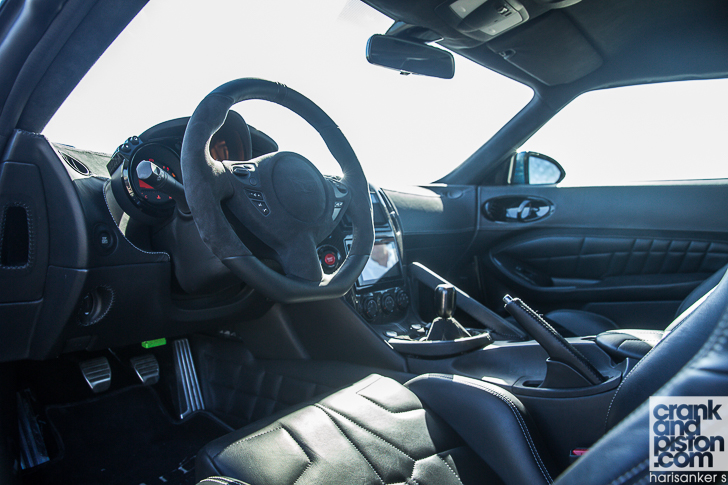 Inside things retract a little from the insanity on the outside, save perhaps the Halcón crest design on the Recaro seats, door panels and footwell. It’s a neat, minimalist design that suits its purpose but one that, I must be honest, doesn’t exactly blow me out of the water. It’s not helped by the 370Z-esque instrument cluster. Saying that, it does feel a little more plush than the rather more agricultural GT-R, the full-Alcantara steering wheel a headliner as is – result! – a six-speed manual gearbox. Limited adjustment options on the seat and steering rack though means it’s a little more cramped than I had expected for all 6’ 2” of me, though I’m once again reminded that there are refinements still to be made when the Falcarto arrives back in Germany.

Still, I’m in, and while I’m getting myself settled into not only the snug Recaros but also the iPhone frames of several more observers who seem to have appeared from nowhere, production head Michael Scneider walks me through the do’s and don’t do’s before the door is closed and I’m waved away for my first run. This is it. The first test drive in a $200K Halcón SuperSport Falcarto. For anyone.