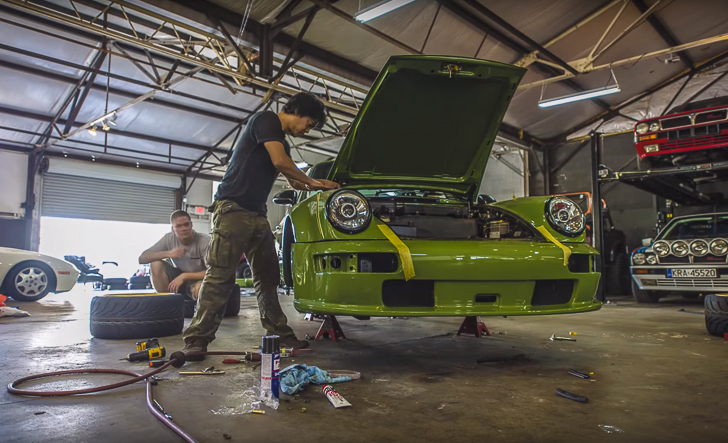 Recently we brought you both a Mercedes-AMG ‘Widebody’ C 63 and a Liberty Walk Nissan GT-R, which of course got our minds thinking about the king of customisation, Nakai-San of RAUH-Welt Begriff. Clearly CLERMONT read our minds, for they have recently filmed a full documentary of the first ever RWB Porsche to be built on the East Coast.

Dubai of course is no stranger to the RAUH-Welt treatment, ‘Dark Romantic’ appearing in 2012 and ‘Sekund Entwicklung‘ just one year later. And yes, in his latest documentary, Nakai-San still has his packet of fags on the go…