It may not grab the headlines like Geneva, Frankfurt or Detroit, but the Tokyo Auto Salon remains a motoring staple to this day. But for a hardcore JDM fan, does the show offer a true insight into Japan’s car culture? Our man Cooper Naitove found out when he landed in Tokyo for what would become the trip of a lifetime…

When I was 19 years old, I came to Tokyo with my best friend for the first time (our lives revolved around JDM cars and Tokyo was our Mecca). We visited all the tuners we had read about in magazines like Top Secret, Spoon, Signal Auto, and JS Racing, and bought all the rare parts we couldn’t afford in America. Ten years later, Tokyo Auto Salon was to be the culmination of my childhood JDM dreams.

Turns out though that, during the last decade, my motoring tastes have changed a bit. Now my dreams are filled with Porsches rather than Subarus, and that meant the RAUH-Welt Begriff tuned cars were the first item on the agenda. Luckily, I’d heard that a RWB meet had been arranged the night before the show in Harijuku, a daunting prospect 10 years ago but one made – mercifully – easier with the advent of smartphones and Google maps. The scene was unlike anything I’d ever seen, but amidst a sea of wide-bodied 930s and 964s, one pistachio green long-hood 911 did stick out amongst the crowd, and not just because the owner stepped out in a floor length trench coat looking like a Middle Eastern Dick Tracy. 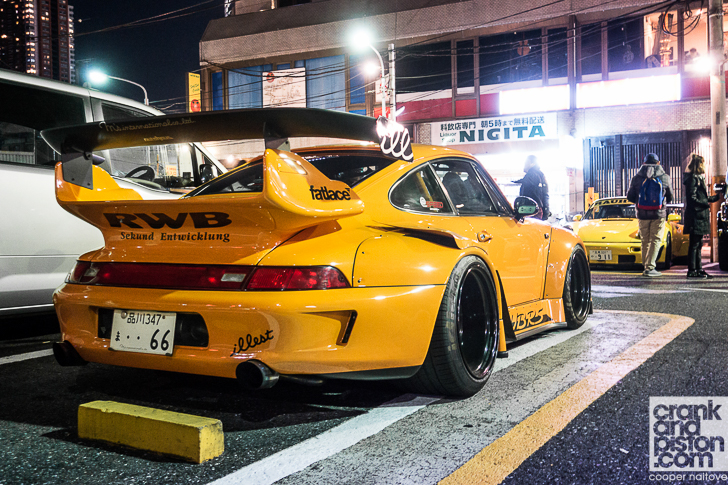 Sure enough, he was an Emirati expat named Royze who’d been living in Tokyo for a several years, and when he found out I had also spent time living in the Middle East, we spent a great deal of time reminiscing about the ‘good old days’, the summer heat, how much we both missed Kanafa, and the build of his backdated 964, even the engine of which was fully built at RWB. The best though was yet to come, since Royze had been invited to a New Year’s party at RAUH-Welt that night, and would I like to come along as well? If spending the evening talking technical shop with fellow Porsche and JDM fans wasn’t enough, we were treated a toast by the man himself, Nakai-San. It’s a moment that will stay with me for many years to come.

Next morning. Show day. Having survived a three-hour detour from my Japanese guide who clearly had no idea where the Makuhari Messe was, I arrived for my first glimpse of the Tokyo Auto Salon in ten years. And was not particularly impressed. 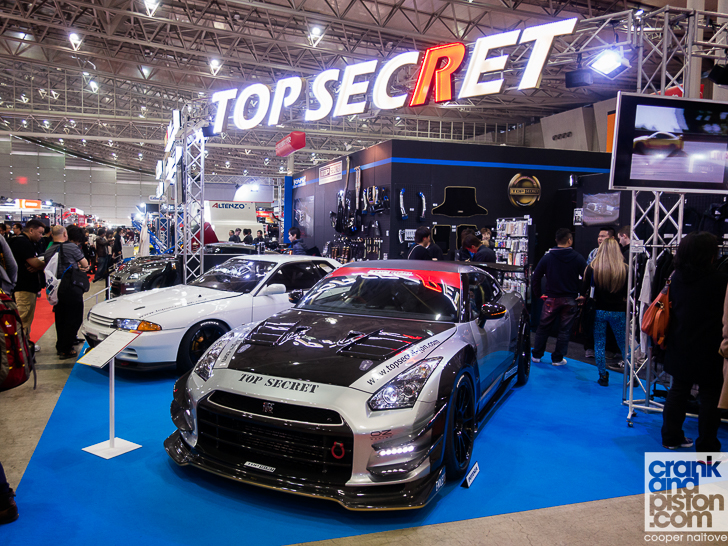 Over the years, things have changed dramatically, with classic, meticulous builds and widebody legends replaced with tasteless modified family saloons and station wagons you might expect to find at SEMA. But in the home of JDM? It was too much to take. Granted, as I traipsed the halls under a heavy cloud, a few things did catch my eye: among the modified GT-Rs, Toyota revealed the S-FR Racing Concept developed by Gazoo Racing; Mugen demonstrated what it could do when handed the brand new Honda Civic Type-R; and Subaru pulled the silks from the very cheeky STI Performance Concept. I’ll admit, even after grabbing several hundred shots, I was relieved to receive a message from Royze inviting me to take a tour with him of Tokyo’s Japanese Porsche scene. This I could not miss. 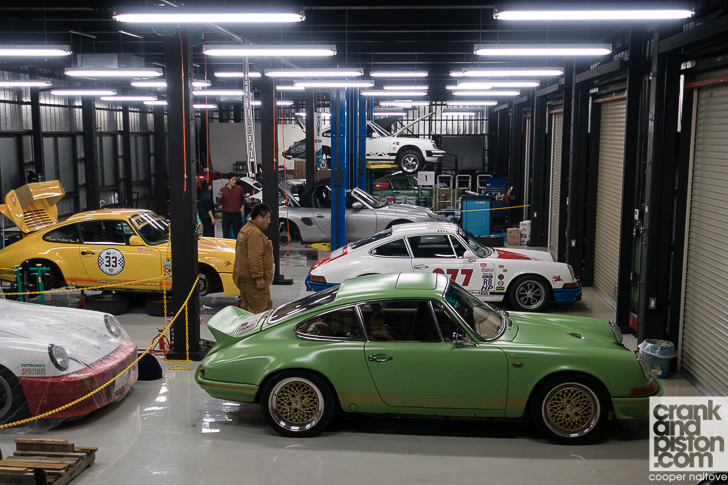 The first stop on our impromptu tour was Crosspoint25 – flying down Japanese highways at midnight made me feel like I was in Grand Turismo – where customers can pay per hour to use the lifts and other facilities, a great concept, one I hope to one day find in New York. As well as (exhaustively) checking out the projects mid-build downstairs, we were also invited to try out the entertainment room and restaurant, where – over a delicious meal prepared by the owner’s wife – we heard stories about builds past and present, the store’s launch party back in May, and the time Magnus Walker worked directly with the guys to produce a perfect replica of his famous ‘277’.

After a quick game of slot cars (yep, I lost), we made our way to our stop-off, our bags overflowing with freebies. I was floored by the generosity at Crosspoint25, but the next stop was the one I had been looking forward to the most: RAUH-Welt. 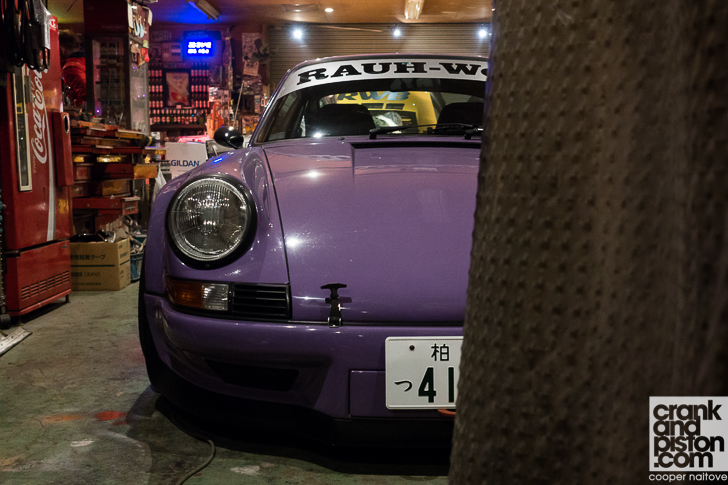 It was close to 3am when we pulled up, but even so I was amazed how unassuming the outside was: could this really be where some of the best JDM builds in the world have taken place? The inside though was a different story: shelves positively ached under the weight of Nakai-San’s signature Stella Artois bottles; mounds of cigarette butts littered every ashtray I could see; and in the corner, 911s of every creed and colour stood waiting for the master’s touch. Cue more photography.

An hour later, and with my memory card starting to fill up dangerously, Nakai-San and his team started putting on their jackets. But far from the evening drawing to a close at just after 4am, it was only just beginning: with a smile and a barely audible “dinner time”, Nakai-San invited us to a nearby restaurant, whose owner greeted us warmly, as she has done for all her patrons since first opening almost 50 years ago. 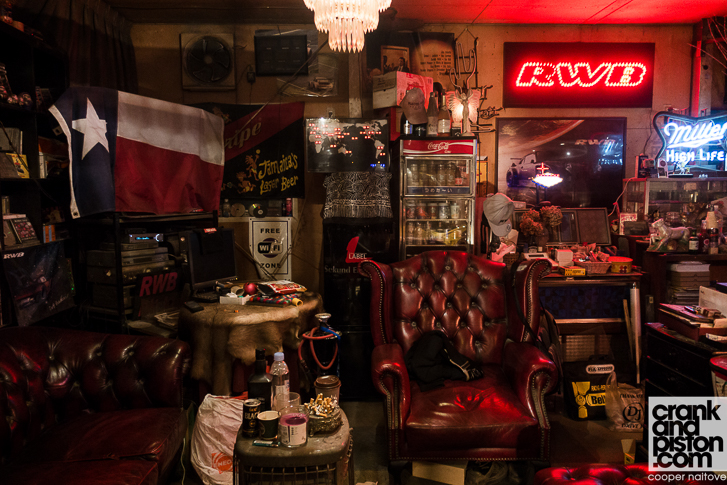 The rest of the evening/morning is a blur of excellent sushi and too much whiskey, but I remember thinking as the sun began to rise – oh the irony – how lucky I had been. Here I was, still, drinking, eating and conversing with a hero of mine from Top Secret, Spoon and Signal Auto, mere hours after visiting one of the finest Porsche-specific garages in the world. I had thought, days earlier when boarding the plane from JFK, that this year’s Tokyo Auto Salon would be my chance to see Tokyo’s car culture from the inside. I could not have been more wrong, and remain eternally grateful that, thanks to a chance encounter at an RWB meet, I was able to realize a true childhood JDM dream. My ten-year wait had definitely been worth it. 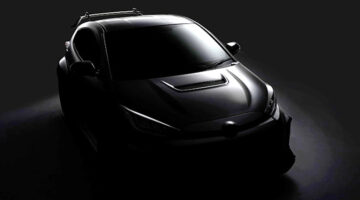