Toyota has teased a new GR Yaris variant that will debut at this year’s Tokyo Auto Salon, confirming speculation that a more focused and potent model is indeed in development.

Described by Toyota as a ‘fully tuned’ variant of the GR Yaris, the new model’s teaser image reveals elements that coincide with development prototype spied lapping the Nürburgring last year. This includes the fitment of a high-mounted rear wing with swan-neck mounts, as well as a more aggressive front bumper design and a vented bonnet. Judging by the test car spied, there’s also a good chance that more vents will also appear on the front wings, making for what will likely be a very aggressive design.

The model’s reveal at the Tokyo Auto Salon will coincide within a week or so of the inaugural round of a new hybridised era of the WRC championship in Monte Carlo, where the GR Yaris will finally see its first outing in competition against rivals from Ford and Hyundai.

As for the mechanical changes that might come about under the aggressive new body, we can only speculate but suggest that the rise in performance from the engine will likely be subtle in comparison to the chassis changes. In its standard form, the GR Yaris already utilises the most powerful three-cylinder engine in production, with its G16E-GTS 1.6-litre engine producing an impressive 257bhp.

Instead, we suspect that the chassis and drivetrain will receive attention, maintaining the current Circuit Pack’s twin limited slip differential layout, but tuning it to be even more track-focused and aggressive.

As for what it will be called, this could be the second outing for the GRMN moniker first debuted on the limited-run Yaris of the previous generation. But whatever the badge affixed to its rear bumper, one of the year’s most exciting new models already looks set for its introduction. 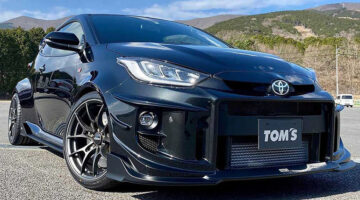 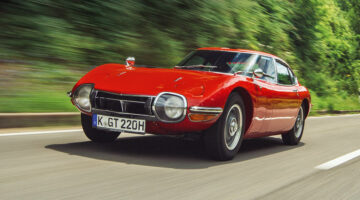