At the Frankfurt Motor Show, Porsche showcases the new 911 Turbo, the 911 50 Years anniversary model, a hybrid Panamera, and the king of the Nürburgring, the 918 Spyder.

The brand new 918 Spyder is Porsche’s firm headline act at the 2013 Frankfurt Motor Show. So much so that it could easily be forgotten that the Porsche 911 turns 50 at the event. So to commemorate the occasion, the boys and girls from Stuttgart have brought along two very special additions to the line-up. 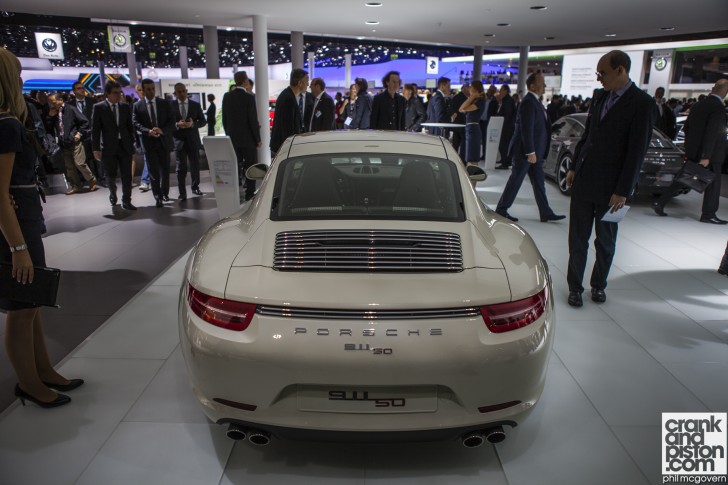 The first you may already be familiar with: the 911 50 Years. Based on the current 991-gen Carrera S, the 50 Years model – which celebrates 50 years since the 911 first made its debut, also at the Frankfurt Motor Show, in 1963 – actually boasts the 44mm wider bodyshell of its Carrera 4 brethren, just to give it that extra dash of impact. That, plus unique matt-black five-spoke alloy wheels styled to replicate traditional Porsche Fuchs that were first fitted to the 911 in 1966. Under the engine lid – and thus the two-tone ‘911 50 badge’ lies the 394bhp 3.8-litre flat-six from the Carrera S, capable of 0-100kph in 4.5 seconds and a 299kph top speed. In a neat touch, only 1963 (50 years, get it?) units will be available. 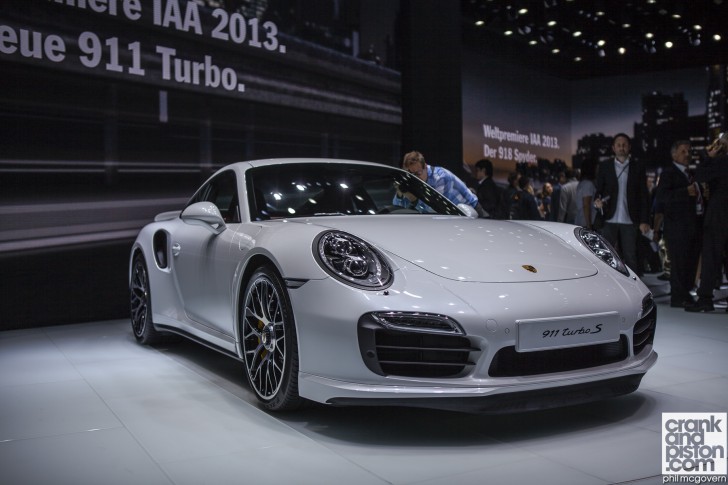 The other significant model is the hotly anticipated 911 Turbo, the turbocharged (obviously) version of the current gen 991 and the completion of Porsche’s sports car line-up. The Turbo – which celebrates its 40th anniversary this year – brings with it a new all-wheel drive chassis, active rear axle steering (comprising two electro-mechanical actuators which steer the rear axle in the opposite direction to the front for sharper turning), and a body 28mm wider than the Carrera 4 and the largest of any current gen 911. Plus, grunt. Bags of it. Porsche’s twin-turbocharged flat-six punches out 523bhp in the Turbo and 552bhp in the Turbo S, enough for the latter to navigate the Nürburgring in 7m 27s. 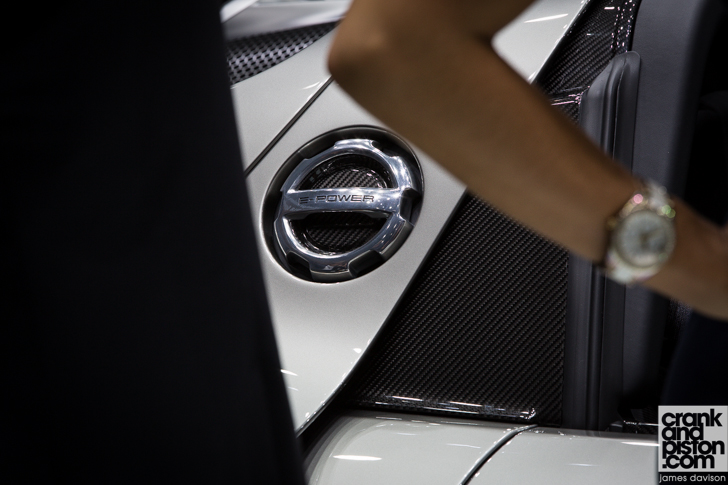 As part of its drive towards greener motoring, Porsche also showcased the second-gen Panamera at Frankfurt. A luxury saloon may not exactly scream fuel efficiency, but the Panamera S E-Hybrid makes use of technology transferred from the 918 Spyder, pairing an electric motor with a 3.0-litre V6. As well as kicking out 410bhp and 425lb ft of torque, enough for 0-100kph in 5.5 seconds and a 270kph, the S E-Hybrid will deliver also 3.1L/100km. Whether you buy a Panamera for frugal motoring is another matter. 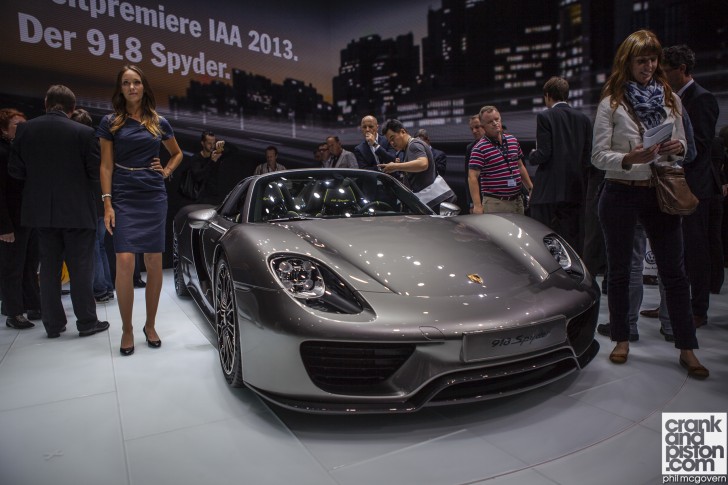 Arguably though it’s the ornately-written Spyder in green calligraphy on the 918’s flank demonstrates Porsche’s commitment to hybrid technology. Despite its sizeable 887bhp power output, the high revving 4.6-litre V8 shares its powerplant duties with two electric, one on the front, one on the rear and which have a combined output of 270bhp. Fuel emissions remain down whilst Nürburgring-taming performance remains, thanks in part to an upgraded PDK that offers almost instant gearchanges.

A varied portfolio. Only at Frankfurt.