It’s not just the manufacturers showing new metal at the Frankfurt Motor Show. Aftermarket specialists are also showing off what they can do. Usually with lots of carbon fibre and extra horsepower. 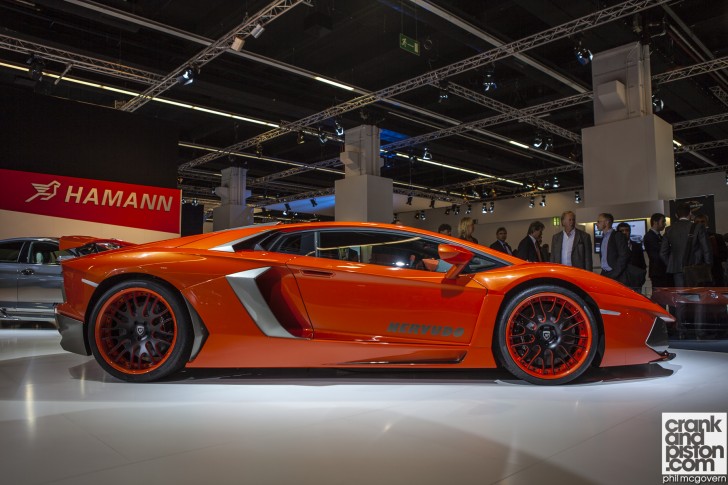 Sometimes, a standard car just won’t cut it. Sometimes you want someone that knows what they’re doing to customise your car to within an inch of its life. And the Frankfurt Motor Show is where customisation companies come to show off exactly what they can do. Not all of it will be to everyone’s tastes, but then it would be a boring world if we all liked the same thing, wouldn’t it? Here’s a taster of what’s on offer. 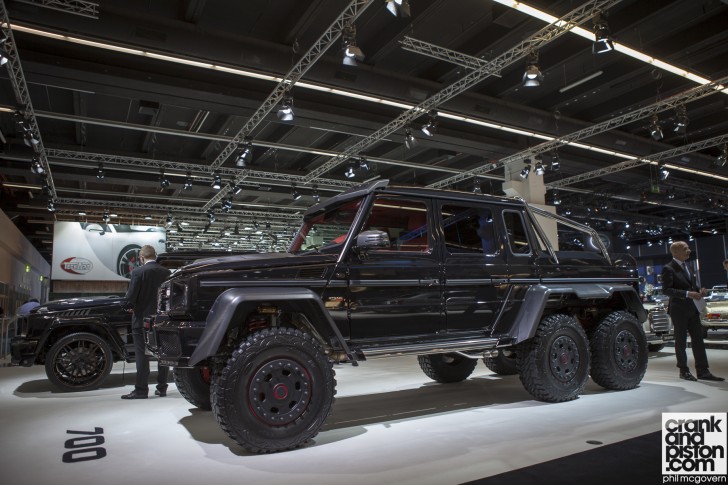 Brabus is famed for fettling Mercedes-Benz‘s finest, and not much has changed in that regard. Just when you though the standard Mercedes 6×6 G63 AMG was mental enough, Brabus decides to make it even crazier by creating the B63S – 700 6×6. The tuner has upped the power of the 5.5-litre twin-blown V8 to 590bhp by adding new turbos, mapping and exhaust system, giving it a 0-100kph time of 7.4 seconds. If that doesn’t seem that impressive, look at the size of it. IT’S GOT SIX WHEELS. However, due to the fact that it rides on 37-inch off-road tyres, it’s limited to a top-speed of 160kph. Boo. Maybe various cosmetic enhancements, in the form of carbonfibre bits and polished areas, will help. 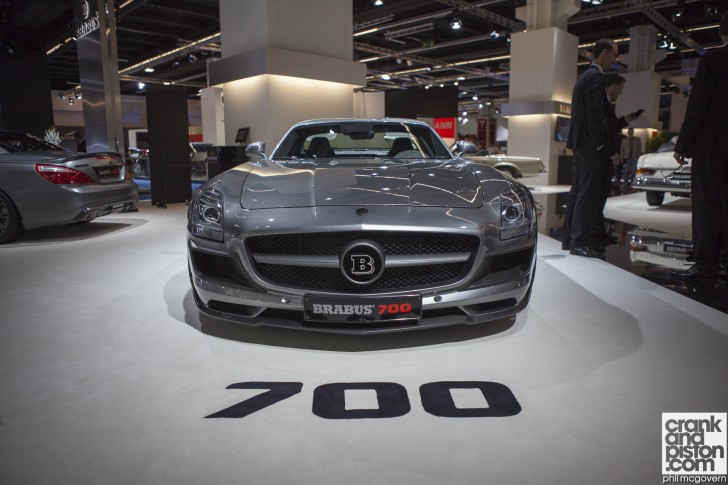 Brabus also showed off a variety of other similarly molested Merc, including the 690bhp 700 Biturbo, based on the SLS AMG… 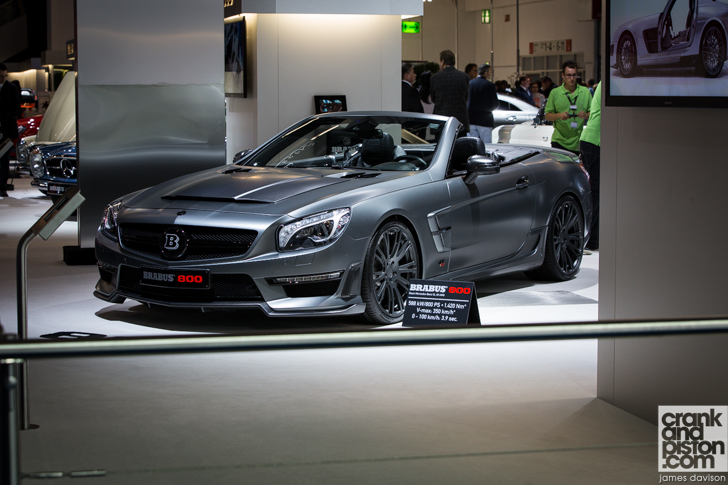 It looks like a Lamborghini Aventador, but it’s actually the Hamann Nervudo (top), a ludicrously orange creation based on Sant’Agata’s finest. As well as a bodykit and spoiler set, the Nervudo has a reworked ECU which gives it a power output of 750bhp, up from 690. 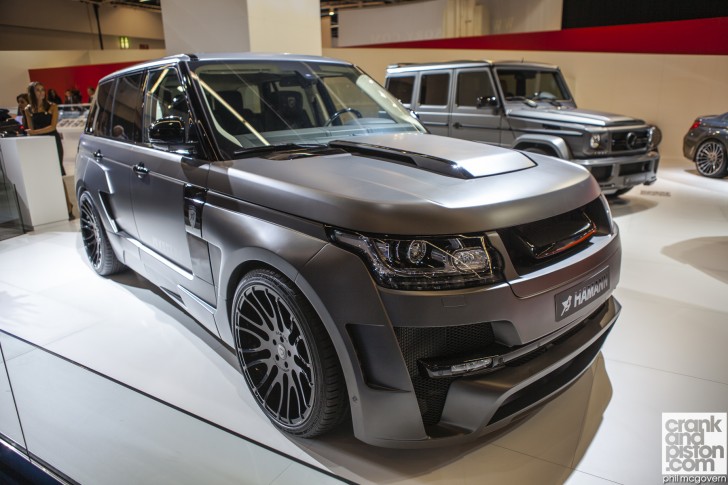 Need something a bit more practical? How about the Hamann Range Rover Mystere? It’s basically the same as the ludicrous chrome pink car we saw in Geneva earlier this year, but with a (relatively) restrained look this time out. A purely cosmetic kit, it widens the standard Range Rover by 80mm and adds LED running lights to the fronts spoiler. It’s also lowered by 40mm and sits on 23-inch rims. 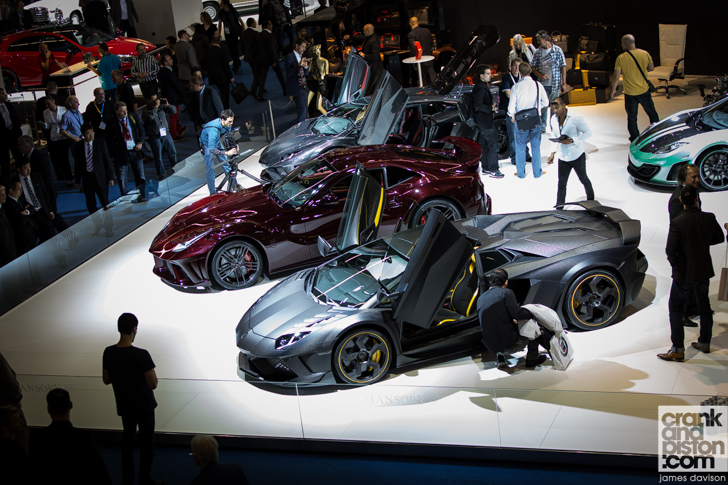 Unsurprisingly, Mansory draped virtually everything on its stand in fetching shades of carbonfibre. We particularly like the deep red carbonfibre Ferrari F12, although the yellow-trimmed Lamborghini Aventador Roadster isn’t too shabby either. 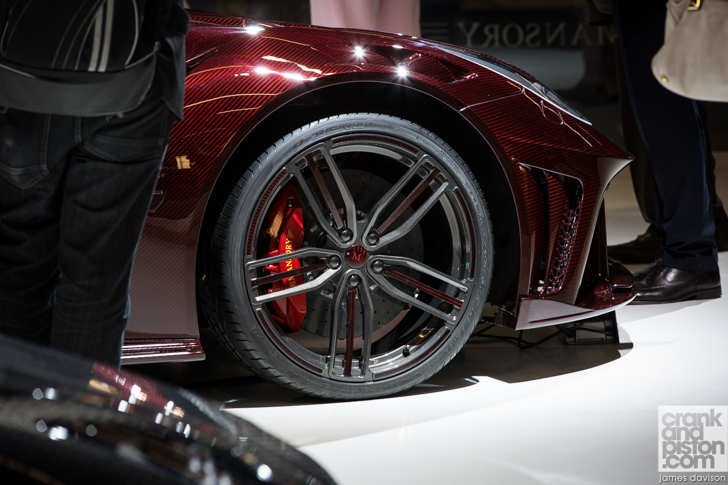 The F12’s official name is the Mansory F12 La Revoluzione, rebuilt almost from scratch with a stonking 1184bhp from the 6.3-litre V12 and a $1.7 million price tag. Mansory quotes a top speed of 370kph. Yeek. 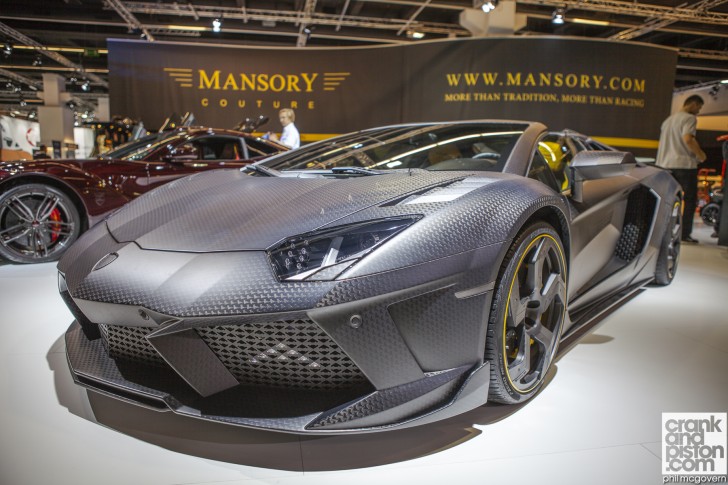 The Aventador is named the Mansory Carbonado Roadster, a topless version of the coupe we saw at Geneva earlier this year. The headline stats are as followed – twin-turbo 6.5-litre V12 engine with seriously modified internals to give 1233bhp to all four wheels. That means a top speed of 380kph, and a $1.6 million price tag.