Slow-mo action from the third round of Formula Drift at Palm Beach. 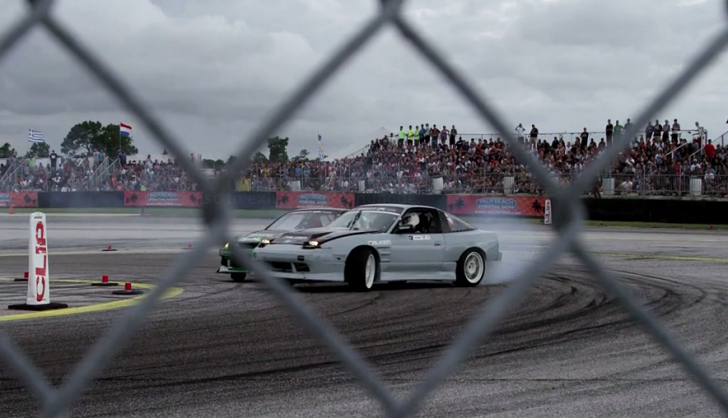 Much as he had done at Road Atlanta, Daigo Saito looked set to take the Formula Drift silverware home at Palm Beach aboard the Achilles Radial Lexus SC430. Up against Michael Essa in the final though, the standings leader had to give best as the American swept through to take victory on home turf aboard the GSR Autosport BMW M3.

Robbie Nishida ultimately placed third in the Bridges Racing, Achilles Radial Lexus SC300 after taking victory in the Consolation round against Vaughn Gittin Jr in the Monster Energy Nitto Tire Ford Mustang RTR. Gittin was still able to hold onto his second place in the standings, just 13 points behind Saito on top.

But let’s be honest, it was the slow-mo drifting you came to see right?