Formula Drift took to the streets of Long Beach for round one of the 2013 season, with Daijiro Yoshihara aboard the America’s Tire/Falken Tire Nissan S13 sealing victory. And if you’re a Scion fan, there was plenty to keep you on the edge of your seat. 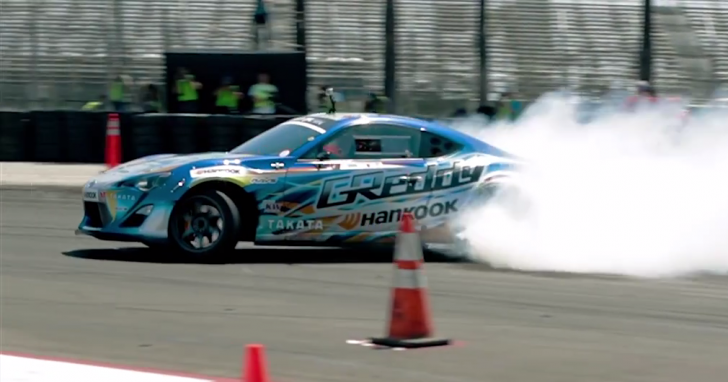 When a motorsport event boasts GoPro as one of its principal sponsors, you won’t be waiting too long for an on-board video to hit the interweb. And, this being footage of the opening Formula Drift round of the season, that’s not likely to be a bad thing.

True the weekend got off to a bit of a rough start for Justin Pawlak in the Falken Tire Ford Mustang and Matt Field in the  Reckless Drift Krew Nissan 240SX, both of whom ate the concrete Armco: no doubt Mats Baribeau will have been taking pointers for his series debut. For Daijiro Yoshihara, however, Formula D’s tenth season couldn’t have been better, with both victory aboard the America’s Tire/Falken Tire Nissan S13 and the standings lead in his pocket after a solid weekend’s performance.

If, however, you were only interested in the Scion brigade during round one then perhaps this latest from scionracingtv will be more up your Long Beach street.