While the new Ferrari California T might handle better than the car it replaces, how will it get on against an Aston Martin Vanquish Volante?

We cannot display this galleryConsider if you will the most successful Ferrari of the last decade, for surely it is the award-winning 458 Italia, or its more track-orientated alter ego, the Speciale…?

Actually no. In purely financial terms, it’s the California.

Hard to believe, right? During the original model’s five-year life cycle, Ferrari’s grand tourer sold to more than 10,000 customers, 70 per cent of whom had never before owned a sports car with a prancing horse on the bonnet. Much of this came down to not only cachet (it was a Ferrari, after all) but also – by sports car standards at least – practicality, it offering four(ish) seats, lower fuel consumption and a boot capable of holding slightly more than a goldfish. It was, naturally, a model that made Ferrari purists baulk much as the Cayenne did with Porsche fans almost a decade earlier. For Maranello’s accounts department though it was a godsend, offering a wider appeal than Ferrari had managed hitherto, and providing a more lucrative market share as a result. 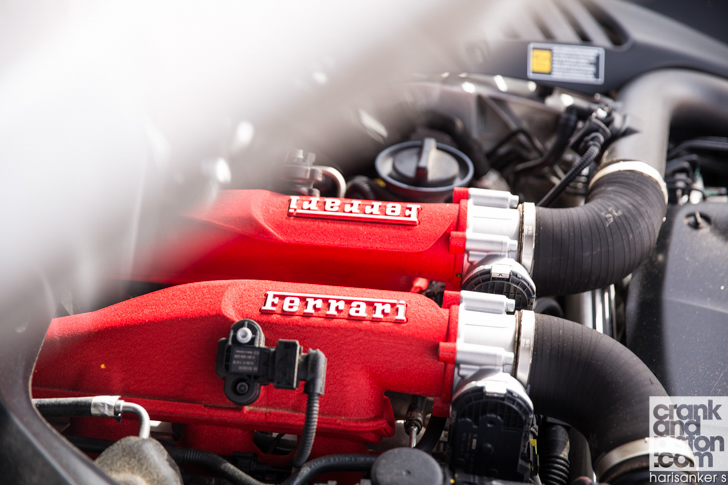 Phrases like ‘versatility’ and ‘fuel efficiency’ similarly littered the company’s official press garble when the second gen California made its debut last year. Unlike its oft-criticised predecessor however, the newboy came with sharper looks, more performance-orientated aerodynamics and – of course – an all-new twin-turbo V8, the first such unit fitted to a Ferrari since the F40 in 1987. Boasting 100bhp and nearly 200lb ft more than the outgoing naturally aspirated unit (but retaining the impressive L/100km figures), the new California T promised improved dynamism but also marked the dawn of a new forced induction era at Ferrari. Purists once again were unimpressed, even if the technological significance for the company’s future was hard to ignore.

By comparison, the all-new Aston Martin Vanquish Volante was welcomed with open arms. The first convertible version of Aston’s top drawer grand tourer, the new Vanquish – now free of its Die Another Day stigma – featured Aston’s new lightweight VH architecture, a revised – and sharper – Touchtronic 2 six-speed automatic gearbox, brakes lifted from the One-77 hypercar, and a retuned 6-litre V12. Moreover, it was also the first fully carbon fibre-skinned Volante in Aston’s 100 year history, making it among the stiffest GT convertibles on the market. And possibly, the best.

One does wonder though if, with a new performance-orientated Ferrari California T on the prowl, the Aston Martin Vanquish Volante is still the sportiest convertible grand tourer available today. Only one way to find out… 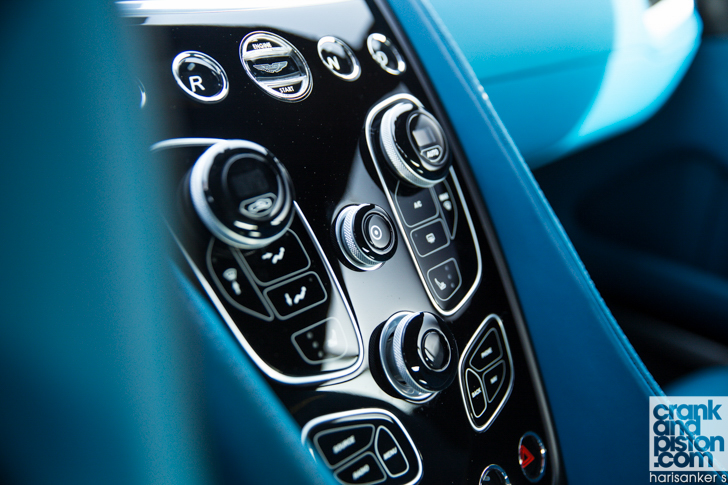 It’s approaching 5.30pm in our traditional Hatta hunting ground, and so far every razor sharp bodyline – regardless of angle – has offered yet more ‘money shots’ for photographer Hari as the sun in the sky begins to dip: indeed, so struck is he with our $560K pair that we are still shooting when midnight has been and gone.

But now that we’ve come to the interior, the Aston has thrown up a problem. No matter what angle Hari tries, no matter how he folds himself into the passenger footwell to ‘try something different’, he’s just not happy with the True Teal leather and upholstery. And I can’t say I blame him. There are, I hasten to add, a further 31 upholstery options alongside this for any aspiring Vanquish owners out there. But unless you’re particularly partial to smurf vomit, you’ll probably want to avoid True Teal….

Fortunately on the outside, both the Aston and the Ferrari offer our now slightly dulled corneas a look more befitting their famous badges. The sleek yet aggressive design that’s been an Aston Martin crown jewel since the early 2000s has translated impressively from the Vanquish coupe to its sister convertible, and while I’ll admit the rather awkward looking fabric roof is not the Volante’s finest quality – the Ferrari’s retracting hard top is far more elegant – the Vanquish Volante is up there as one of the finest looking sports cars on the planet. There’s a marked difference between the new California T and its more rounded, ‘cutesy’ predecessor, but the bonnet grooves, borrowed 458 headlights and the pinched look at the rear is not what you would call elegant either. 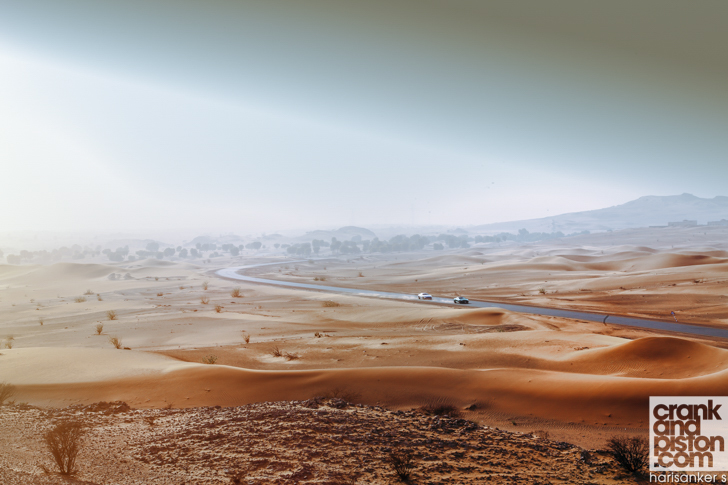 While the Aston may have the looks though, it does have one colossal sticking point: at $323K, the Vanquish Volante is $15K more than its coupe sister and nearly $90K more than the Ferrari. Admittedly the California’s price more closely rivals that of Aston’s V12 Vantage S, a car we’ve driven several times at crankandpiston.com. As a performance machine, it’s a triumph. But a rock solid suspension setup, markedly less refinery and a gearbox that could rip a driver’s sanity clean off the bone means that as a sporty GT, the Vantage just doesn’t cut it against either the Ferrari or the Vanquish. As a more rounded model, and even with that enormous price tag, we’re more interested to see how the California T takes on Aston’s top dog.

And on paper at least, pretty well. Take a gander at their respective cribsheets and you’ll find the California has much more to offer than polarising looks: the Ferrari’s new twin-turbo V8 – which we’ll come back to – punches out 552bhp, the Aston’s 6-litre naturally aspirated V12 producing only 13bhp more. Dropping 219kg to the Aston though means the Ferrari hits 100kph half a second faster (3.6 seconds to the Aston’s 4.1) as well as a higher top speed, 316kph to 295kph. Astonishing then that, even despite this, the Ferrari doesn’t really feel that fast…

The acceleration – thanks to snappy changes through the Formula 1-inspired dual-clutch seven-speed automatic – is certainly not lacking in punch. It does, as you would expect, lack the fury and insistence of a 458 Italia, but even so, the acceleration is remarkably conservative for a Ferrari of all things. This boils down to the Variable Boost Management, a system that adjusts torque delivery to suit both the revs and gear engaged, meaning the full 557lb ft is not delivered until we hit seventh gear: doing so in second would not only ruin that 10.5L/100km fuel consumption figure but, in all likelihood, the rear tyres too. 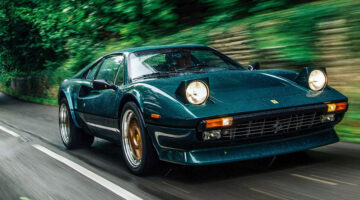