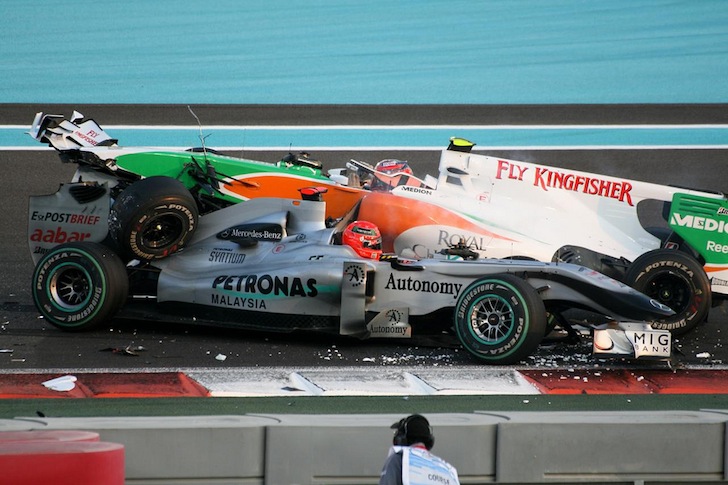 With three rounds still to run of the 2013 Formula 1 championship, Red Bull Racing’s Sebastien Vettel heads to this weekend’s Abu Dhabi Grand Prix as a four-time World Champion. And, following the fallout of his post-race donut celebrations in India, with a slightly lighter wallet.

Last year’s event cemented the young German a podium after starting from the pitlane, a race memorably won by Kimi Raikkonen for Lotus. Few will also forget Vettel’s victory in 2010, which secured him his first championship (despite having not lead the standings at any point throughout the year) as nearest rival Fernando Alonso struggled to pass Vitaly Petrov’s Renault in the closing stages. Some choice hand gestures ably demonstrated the Spaniard’s frustration.

Perhaps more memorable than even this though was the terrifying tangle between Michael Schumacher and Vitantonio Liuzzi on the opening lap, the Force India driving up the nosecone of the Mercedes and very nearly harpooning the seven-time World Champion’s helmet.