Welcome to the trailer of an up and coming video highlighting a single target; to break a world record, in a Toyota Supra, at the Bahrain Drag Strip. 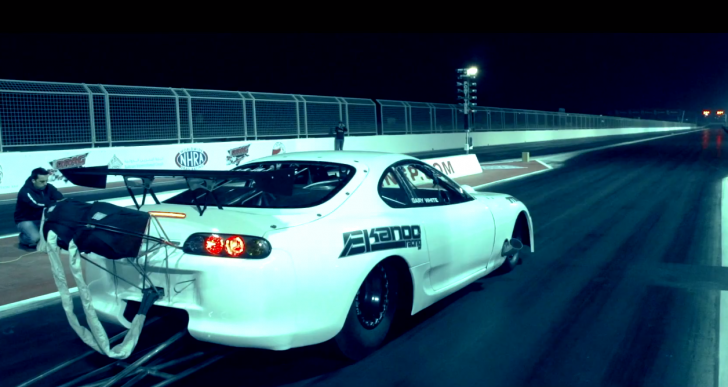 We’ve been following and posting you videos and pics of this mind blowing Toyota Supra over the past year or so now. Built to the most incredible specs by Titan Motorsport in the USA, for a man with a dream. That man is Ebrahim Kanoo from Bahrain.

A car built to this level and cleanliness wouldn’t usually get driven within an inch of it’s life, however thankfully since arriving in the Kingdom, the E.Kanoo team have done just that and now they have a challenge. A World Record… and it’s happening. So much so, they’ve made a video and here is the trailer.

Stand by – It’s going to EPIC.