Crossovers are big business all over the world and BMW’s latest, in M-guise, turns out to be greater than the sum of its parts

It’s very easy to like BMW’s cars. They have a distinct aesthetic, a focused personality and a charisma that attracts persons of extended means, a taste for the finer things in life and a certain aptitude for driving.

As such, the X3 should be everything BMW as a brand is not. A far from streamlined machine that incorporates a four-wheel transmission; a vehicle that’s not good for off-roading, is quite heavy on the scales, and is clearly aimed at the less imaginative, budget-conscious buyer who just wants to drive a bit farther from the road than less wealthy commuters.

However, what we have here has the letter M and the number 40 in its nomenclature and, in BMW speak, that translates as “twin-turbo, 3-litre V6 that’s been expertly fettled by the company’s Motorsport department.” This, then, could be rather good, after all.

The crossover X3 is one of BMW’s best sellers and, on the M40i iteration, the suspension and chassis have been tweaked, and it’s fitted with sport brakes, complete with blue-painted calipers). And it’s actually very, very good. It’s not a true M car in the sense that the engine is tuned to deliver 355bhp instead of the 415 it does in the M3, and that the suspension is not going to threaten your teeth. On the road, though, the 369lb ft torque from 1,500rpm disguises the 1,945kg bulk so well it’s almost like it’s not even there. Power delivery is linear and, if you’re in a hurry, hitting 100kph from a standstill in 4.4 seconds is a given. 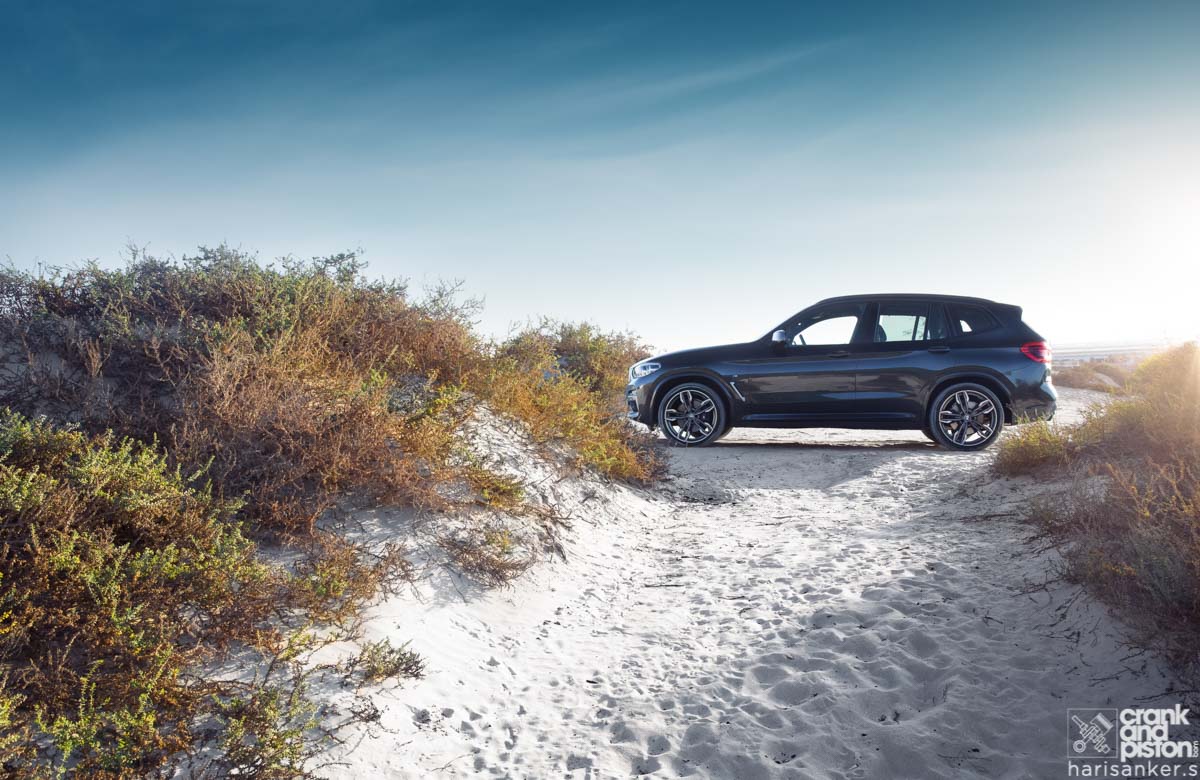 Independent suspension at both ends helps to enable rapid cornering, especially aided with electronically controlled dampers that adjust with the driving mode, effectively turning a soccer-mum runabout into a rally car. And I say rally car because the chassis and the almost-non-existent body-roll make for a very playful machine on cobblestones, loose gravel or wet tarmac conditions. Assuming you’re into that kind of thing.

Your contact with terra firma is via 245/45R20 tyres, making it quite clear that human-designed paths are the natural environment for the X3 M40. Leave the sand for some other vehicle. On roads, though, they perform quite well. However, the car is so encouraging of spirited driving while being an undeniably heavy piece of kit, I dread to think how often an owner would end up needing to visit their nearest tyre supplier for a refit.

Steering is electric with various levels of assist from ‘quite feely’, to ‘true control’ when in Sport+ mode. Never are you unaware of what’s going on with the car at any time, and these settings are more related to the strength of your arms than to the communication with the front wheels. All
very positive.

Inside we have the latest BMW interior, with digital displays and even a HUD for enhanced safety. The infotainment comes with a gesture control that I find to be very gimmicky and not very useful. I understand they need to keep testing new things but gesturing at a screen seems harder than moving my thumb up and down on the steering wheel. 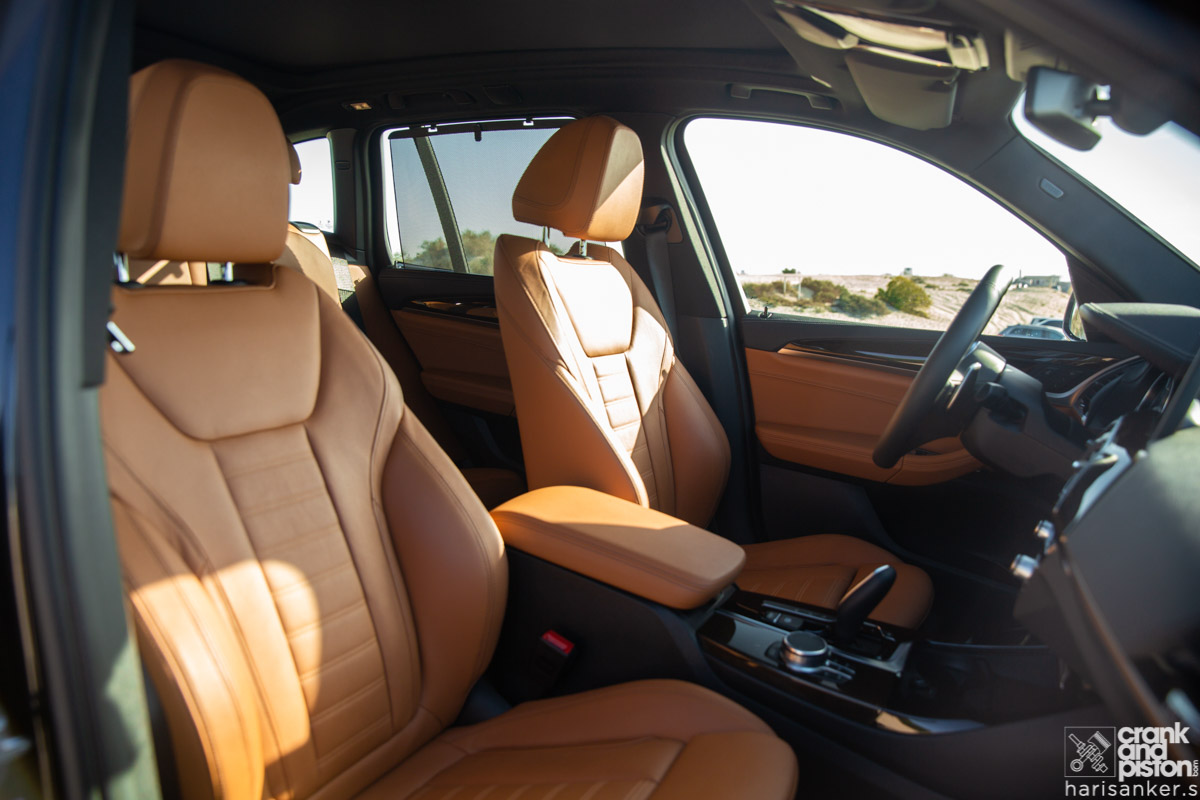 In addition to all this, there’s a plethora of electronic aids that have become commonplace on premium cars, such as adaptive cruise control, lane-keep assist and self-parking. A bit of work may be required on the last one as the car fails to detect spaces smaller than the size of the USS Nimitz aircraft carrier.

Interior space is perfectly acceptable at both ends of the car and headroom is ample, even for long-necked individuals. You also have plenty of spaces to stow away the stuff you need nowadays for a long journey, and an assortment of USB and 12V ports to charge your devices and/or adventure gear. As long as you don’t stray away from the road, that is, because the X3 won’t take you there.

Also useful is the wave-your-foot-under-the-car-to-open-the-boot feature – available elsewhere, yes, but a welcome addition nevertheless. Boot space is generous, especially when you remove the spare wheel, which is what all cars tend to do these days, in the name of weight and emissions reduction. And pricewise, the X3 M40i stands at $92,500, which is about $8000 more than a 340i – a reasonable increase when you consider how much more car you’re getting for your money and it’s competitive with Merc’s GLC43 and Audi’s SQ5.

Overall, the X3 M40i is a capable car in the city, very useful for daily activities and a blast on the road. It may not be the fastest, the sleekest, the most exclusive or the most beautiful, but it is the right combination of all those things, which is pretty much what a crossover should be.