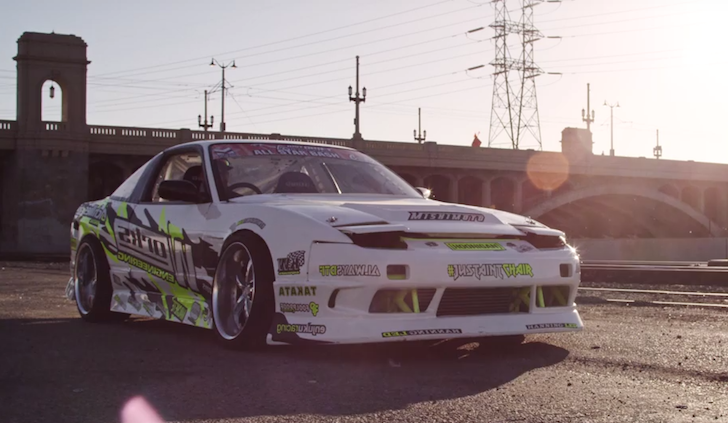 Fans of the ‘Keep Drifting Fun’ YouTube channel may already be familiar with Rob ‘Chairslayer’ Parsons, drift artist from Alberta, Canada, who didn’t let the small issue of paralysis dint his urge to compete. In June 2011, an accident on a dirt bag saw him suffer two broken legs, a punctured lung and a severed spinal chord, injuries further compounded by a case of e.coli whilst in A&E.

Grim stuff, but after six months convalescence in hospital, Rob has since developed and built a Nissan 180SX drift weapon – complete with hand controls – that he still competes with today. Once the man himself has introduced you to the 180SX in this new(ish)Mishimoto Automotive video, you might want to see the man in action…

Previous ArticlePetrolicious. What a car designer drives
Next Article The designer behind Racing & Emotion

The ultimate driving game? Remote controlling a Nissan GT-R with a PS4 gamepad