The designer behind Racing & Emotion

Longer term readers may already be familiar with Racing & Emotion, designers and developers of the awesome ‘Egg Cup’ chairs, previous design for which have included Gulf Racing and Ayrton Senna, James Hunt, Porsche Mission 2014 and even crankandpiston.com (for those of you who aren’t, have a quick read-through and catch us up). What you may not be aware of is that Racing & Emotion is indelibly linked with Arabic-born W Motors – producers of the Lykan Hypersport we were first introduced to at the 2013 Dubai Motor Show – sharing as they do the creative talents of Benoit Fraylon. As you can probably tell by the design both above and below, the man has a keen eye for both detail and distinctive aerodynamics. 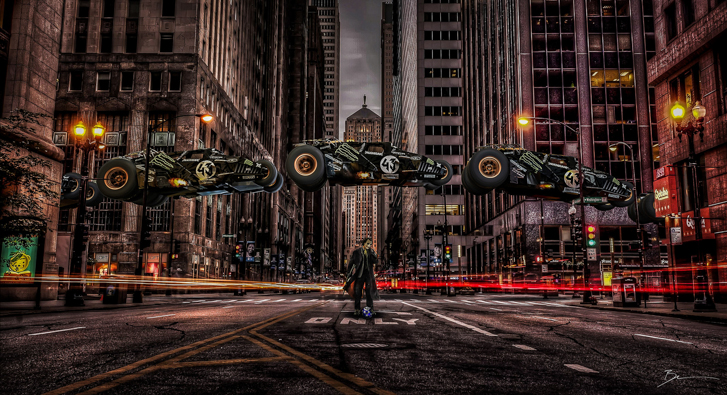 Since Christopher Nolan didn’t quite have the budget left, Benoit has even envisioned what the Dark Knight’s memorable duel with The Joker might have looked like had Ken Block got the nod for the role over Christian Bale. Chaos of an entirely different sort in Gotham City by the Ghymkhana specialist in a tank with the Hoonicorn_RTR livery…

And as Head of Graphics and Visuals at W Motors, there’s also a lot of Lykan designs on Benoit’s ArtStation page, so be sure to check it out.