Sports cars have come a long way, but the 240Z is just as good 50 years on 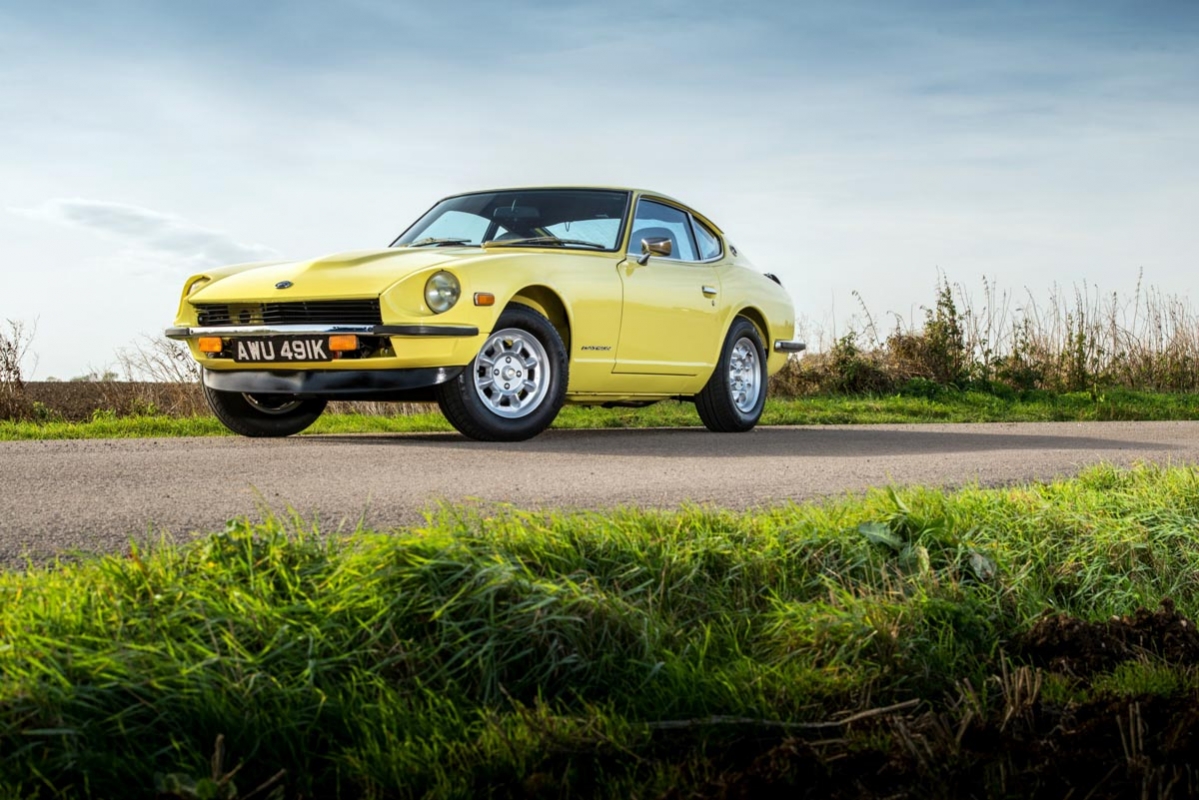 This year marks 50 years since one of Nissan’s, and indeed Japan’s most important ever cars first went on sale. It’s the 50th anniversary of the ‘Z-car’ (cooler if pronounced with the American ‘zee’), a lineage that began with the 240Z way back in 1969.

The Z was only ever a small player in the region, but it virtually built the Datsun, and subsequently Nissan brands in the United States. It created a legacy that has continued to this day, most recently through the characterful, if long-in-the-tooth 370Z.

A resurgence in popularity has seen Z-car prices rise in recent years, but their roaring desirability, at least in the US, means choice is still relatively plentiful, if you’re prepared to import a left-hand-drive car. For the styling, character and driving entertainment they deliver, there are few attainable classics that match it.

The 240Z story starts with Yutaka Katayama, tasked with bringing the Datsun brand to the United States in the early 1960s. Early products, mostly small utility vehicles, sold slowly, but Katayama saw a gap in the market for small sports cars like those produced by the British, and 1963’s 1500 Fairlady roadster achieved reasonable success.

This gave Katayama the clout among Nissan’s top brass to encourage the development of further sports cars, and the Datsun 1600 and Sports 2000 roadsters that followed proved increasingly popular – particularly with high-profile motorsport success at the hands of drivers like Peter Brock and Bob Sharp proving the old ‘win on Sunday, sell on Monday’ adage.

Katayama’s persistence with sports cars paid off, Nissan eventually creating the S30 Fairlady Z, known in America and elsewhere as the 240Z on account of its 2.4-litre, in-line six-cylinder engine. A starting price of $3526 in 1969 – equivalent to around £18,500 in 2019 money at the current exchange rate – guaranteed its success.

Of course, the ingredients were right too. The two-seat steel monocoque used MacPherson struts and an anti-roll bar up front, and Chapman struts at the rear. Brakes were discs up front and drums at the back, and the 150bhp ‘L24’ six-pot was well matched to a relatively spry kerb weight of 1068kg – not far different from that of a modern Mazda MX-5 RF.

That gave it punchy performance for 1969; if not quite the match of some bona-fide Pony cars, then eight seconds to 100kph and a top speed of 201kph was nothing to be sniffed at. Early gearboxes had four speeds, but a five-speed manual was used outside of the US.

Cleverly, Nissan didn’t rest on its laurels with the 240Z. While the car was still dominating on the racetrack – Sharp, as well as John Morton and Paul Newman all drove examples – Nissan worked on upgrading the 2.4-litre engine, with the 2.6-litre 260Z arriving in 1974. The power increase was modest and the performance increase minimal, but they did offset extra emissions controls introduced to combat pollution and fuel efficiency worries. Styling tweaks were minor too, though a slightly less elegant 2+2 model brought extra practicality.

The Zed was upgraded again from 1975 for the US market only, becoming the 280Z, with a corresponding increase in capacity and small improvements in power and torque. As was common at the time, safety regulations and styling trends saw larger plastic bumpers sprout from either end, harming the Z’s lines.

It, and the 260Z in other markets, carried on the Z line until the S130-chassis 280ZX arrived in 1978. By this point the Z had become more of a grand tourer than a sports car, a trend continued by two generations of 300ZX in 1984 and 1990, but the 350Z of 2003 brought things back to basics for the nameplate, putting performance and design at the forefront.

Rarest of the S30 models was Japan’s Fairlady Z432. Only around 420 were built, all for the Japanese market, and swapped the brawny but relatively simple ‘L24’ in-line six for a revvy 2-litre ‘S20’ in-line six from the contemporary Nissan Skyline GT-R. The ‘432’ in its name derives from the engine’s specifications – four valves per cylinder, three carburettors, twin camshafts.

Driving a 240Z today is still a joy. While it obviously lacks the performance of many modern sports cars, the light weight and compact size go a long way to making up for it, as does the smooth punch of what’s still a reasonably large engine for such a car.

Find a good one and there’s still plenty of power in the original discs and drums too, while the clutch and gearbox are light and easy, removing one of the common woes of driving an older vehicle. There’s a satisfyingly long travel to the throttle pedal, and on the example we drove at least, it was best with the butterflies fully open – at which point it stopped stumbling and coughing and produced a fantastic straight-six note.

It’s a neat handler too, with good grip, surprisingly precise (and far from heavy) steering, and enough composure even on relatively poor surfaces to give you confidence to drive hard. As we discovered in issue 259, there are also specialists out there, like the Bradford-based MZR Roadsports, who will make it even better, too.

‘A rousing, full-bodied induction roar and surprising turn of pace are further incentive to push the long-travel throttle to the floor, and the long throw of the five-speed ’box (early cars had four ratios) feels well matched to the deep-chested power plant.

‘There’s real balance to the chassis, too. You’d need fists of ham to get it out of shape at road speeds, but you can feel the tyres loading up and feedback squirming through the thin, woodette wheel rim as if you’re driving a bigger and slightly lazier early MX-5. I’m sold by the time I’m a mile up the road.’