crankandpiston.com joins Cadillac Arabia ‘fashionably early’ for some behind the scenes action with the new Cadillac ATS-V

We cannot display this gallery
Cadillac ATS-V with the elegance of the fashion industry may not be the most obvious of connections we’ve ever seen. Nor indeed was crankandpiston.com any the wiser when we were invited behind the scenes to see Cadillac Arabia’s filming of a new mini-series (the link to which you can find HERE). Still, colour us suitably intrigued…

Already the mid-afternoon sun is banging down ferociously on the ‘cast’ and crew, who arrived at today’s location – Dubai’s prestigious Meydan Hotel – at a gruelling 6am. Still, progress – according to the film’s director Luigi Pane, has been good, despite the ‘ambient’ temperatures.

“The shoot is going really well, and I’m very happy with the first shots, as the light this morning was magical,” Luigi told crankandpiston.com during only the second Dubai-based shoot of his career. Not only is the Milanese resident impressed with the location but also, in-between cigarette breaks, the twin-turbo beast he’s shooting today. No no, not Zahra…

“I love the ATS-V. What surprised me is that it’s a REAL sports car, not just a luxury car with a lot of horsepower. And what intrigued me about the brief is that it’s a mix between, if you like, ‘action’ shooting and a fashion film. It’s not easy to mix these together properly and I’m really enjoying the challenge.” 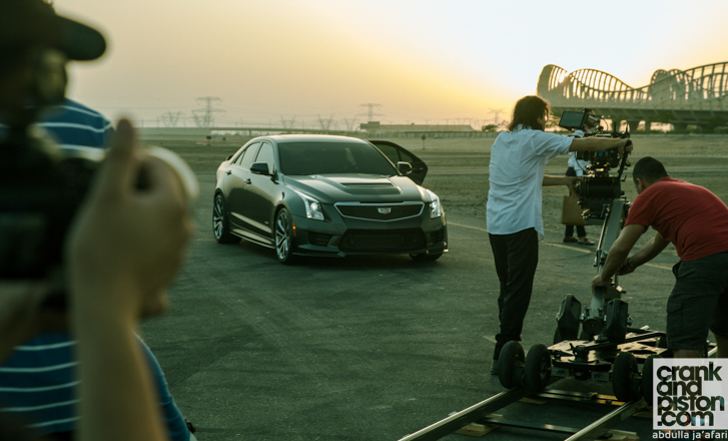 Nadim Ghrayeb, regional brand manager for Cadillac in the Middle East, is similarly impressed with today’s shoot, the high heat not having had quite the effect on tyre wear he and indeed the crew had expected.

“So far the shoot is going well. The car is still on the same four wheels that we started with, which is good considering the amount of drifting we’ve been doing!

“A lot of people, when they think about the V-Series, think only of the pure muscle, like the engine, the horsepower, the torque, etc. But the reality is, before you get in and drive, you have to appreciate the design aspects of this car. Everything has a function. We haven’t just put carbon fibre on the car for the sake of the car looking better.”

Just behind Nadim, Zahra walks into frame for her spotlight moment as the ATS-V appears stage-right to ‘escort’ her to her drift session. As one of only three ‘influencers’ invited to take part in the project, we’re keen to know how Zahra Layla, Ahmad Bloushi and Ahmad Daabas made the grade against – presumably – stiff competition.

“When we look at social media in the Middle East, it’s really growing, and – what we like to call – ‘influencers’ are having an important impact on people’s opinions with regards certain brands. We went through a long selection process, looking at not only the brands they’ve been associated with in the past, but also their age and the audience they talk to. This is a young car at the end of the day,” – today’s model is the first generation ATS-V compared with the third for the now 10-year-old CTS-V – “and we wanted to appeal to a consumer that perhaps wasn’t on our radar in the past, and look to these ‘influencers’ as a source of information.”

“I think everyone’s enjoying the shoot though. We’re really looking forward to seeing the final outcome.” 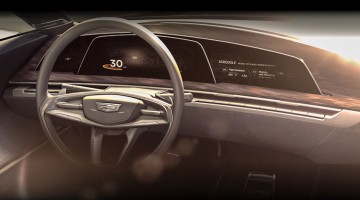 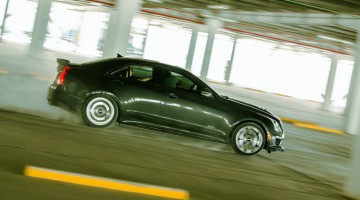