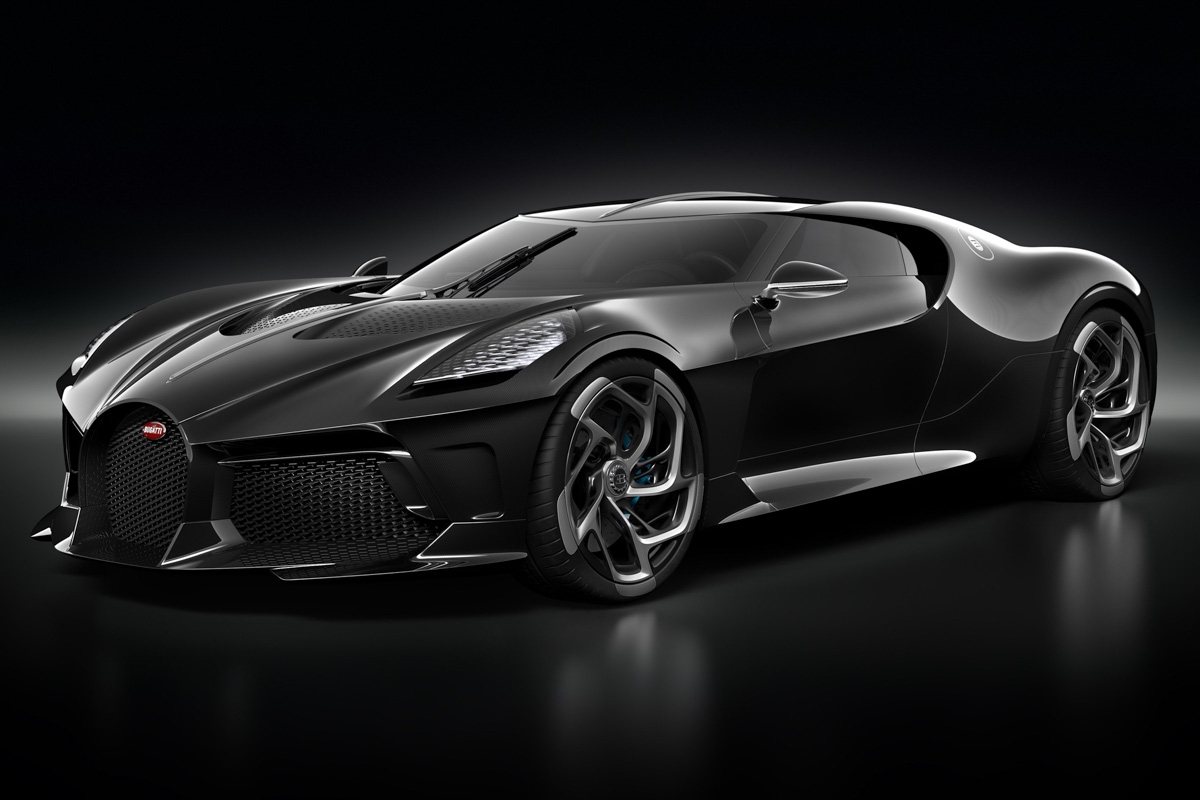 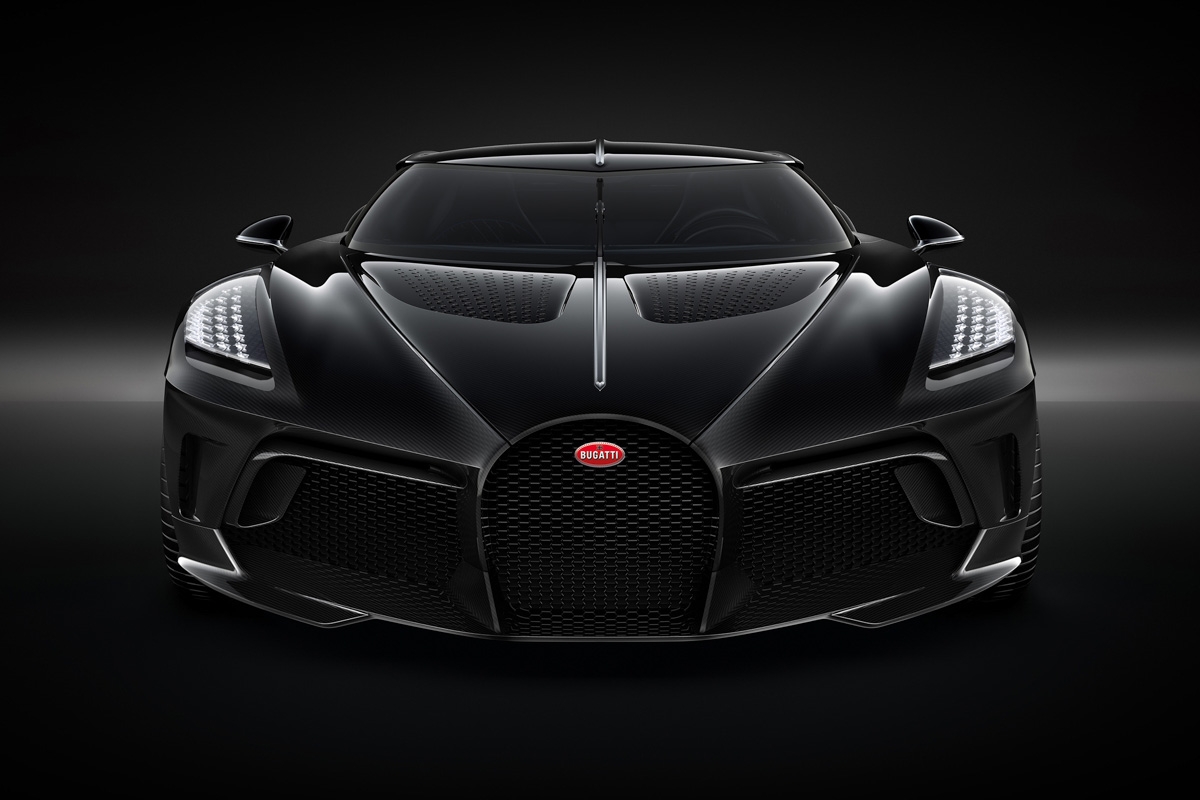 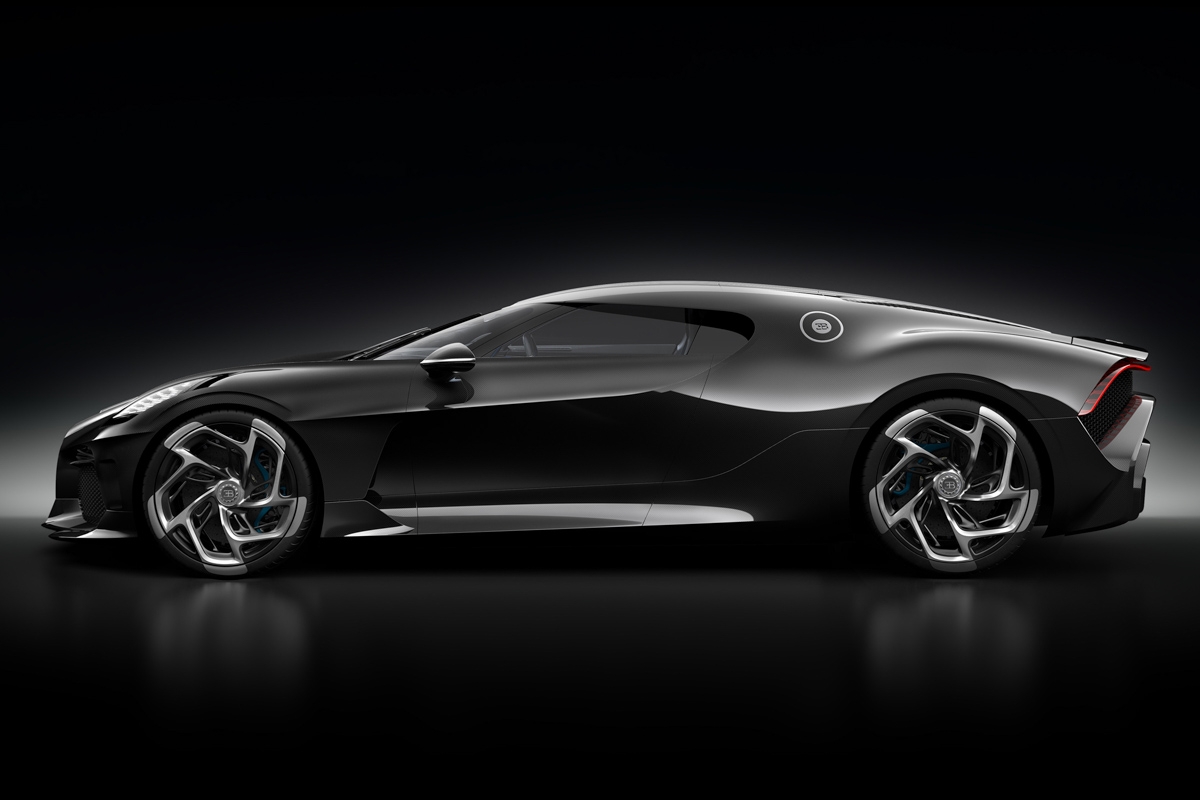 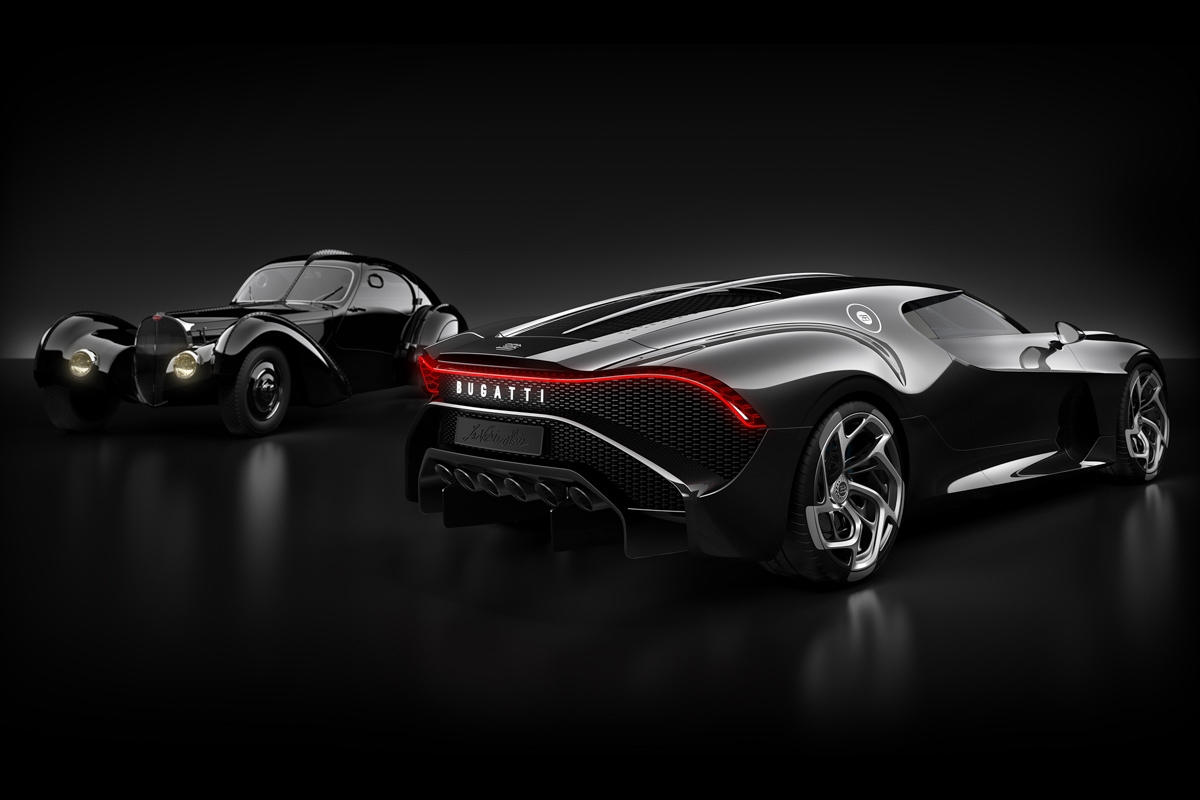 There are bespoke cars, and then there’s the Bugatti La Voiture Noire, an $12.45m bespoke commission built in-house by Bugatti, based on the Chiron hypercar. Translating literally into English as ‘the black car’, this one-off might have just taken the record for the most expensive new-car ever produced, matching the Rolls Royce Sweptail commission that also reportedly cost its owner around $12.45m.

Like Rolls Royce, Bugatti looked to the past for the inspiration behind the LVN, calling on perhaps its most celebrated and valuable model, the Type 57SC Atlantic. One obvious unparallelled element is the LVN’s mid-engined layout driven by the Chiron’s underlying structure of course, but many of the Atlantic’s design elements have been applied with an aggressive and contemporary twist.

These elements start with a more accentuated raised centreline that flows from the front grille right over the car eventually terminating just before the active rear wing. This seam draws from the Atlantic’s riveted ‘dorsal fin’, a design element initially driven by the original prototype’s magnesium alloy construction that necessitated a riveted and not seam-welded construction technique. The Chiron’s full C-motif has given way to a Divo-like narrow-C design around the side glass, but remains clean of aggressive aero and groundwork. In fact one may think the LVN is very similar to the Divo, but look closely and you’ll see it has a much stronger emphasis on that central seam, which drives everything from the flared windscreen to the solid engine cover.

The nose is dominated by a wider horseshoe grille, flanked by large openings, creating a very open front end. The headlights are also bespoke, spreading up and over the front wings under thin, clear lenses that makes them almost disappear into the gloss carbonfibre exterior finish. In fact like few Bugattis that went before, the entire exterior is finished in a gloss exposed carbonfibre, bookmarked of course from that centre seam line.

Towards the back is the typically open Bugatti rear, with a grand total of six exposed circular chrome outlets that almost give the LVN a steampunk vibe. The rear lights are combined into a single flowing light bar that frames the open sections, themselves driven by the shape of the rear haunches. The effect is complex and ornate.

The wheels also warrant a mention, with flowing, almost liquid-like spokes that look like an art-nouveau desk fan in some alternate reality. The odd silver extensions that flow onto the tyre sidewalls trick the eye into making the wheels even bigger, and we can only imagine a repair bill for a small kerbing incident.

Under the bespoke bodywork is the same basic powertrain as in the standard Chiron, consisting of a quad-turbocharged 8-litre W16 producing 1479bhp. It’s connected to the same dual-clutch transmission and industrial-strength all-wheel drive system.

More details will come from its public debut at the Geneva motor show, but for now you can rest in the knowledge that Bugatti appears to re-entering the illustrious world of coachbuilding – for a price.