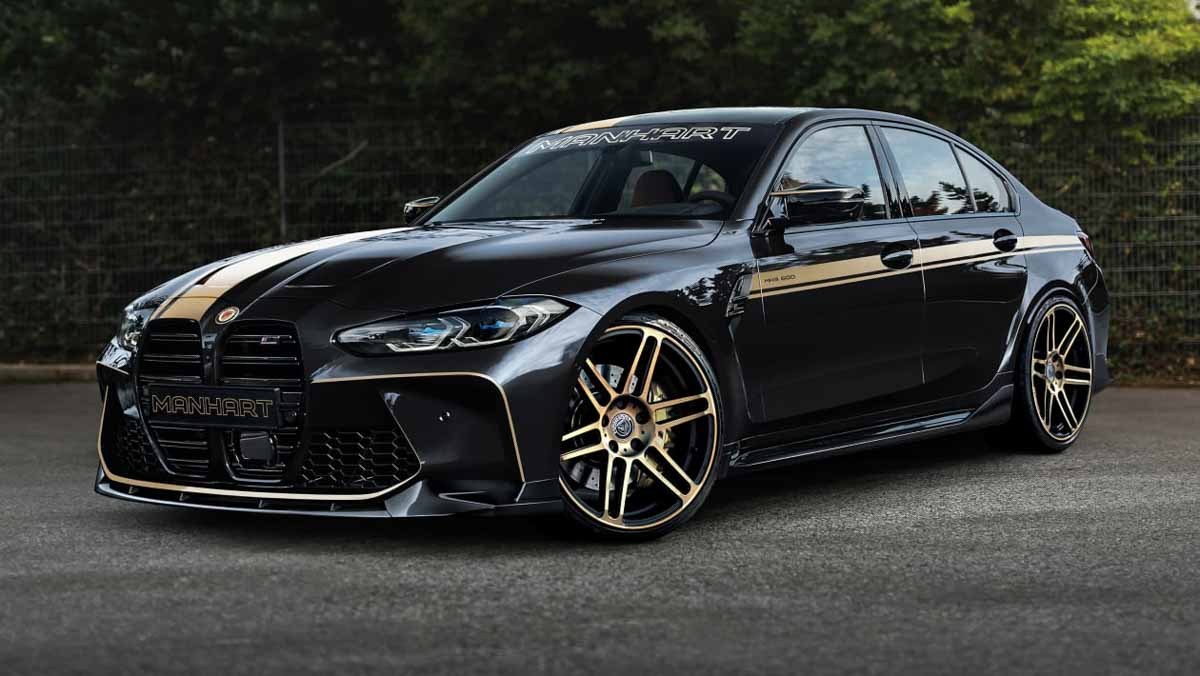 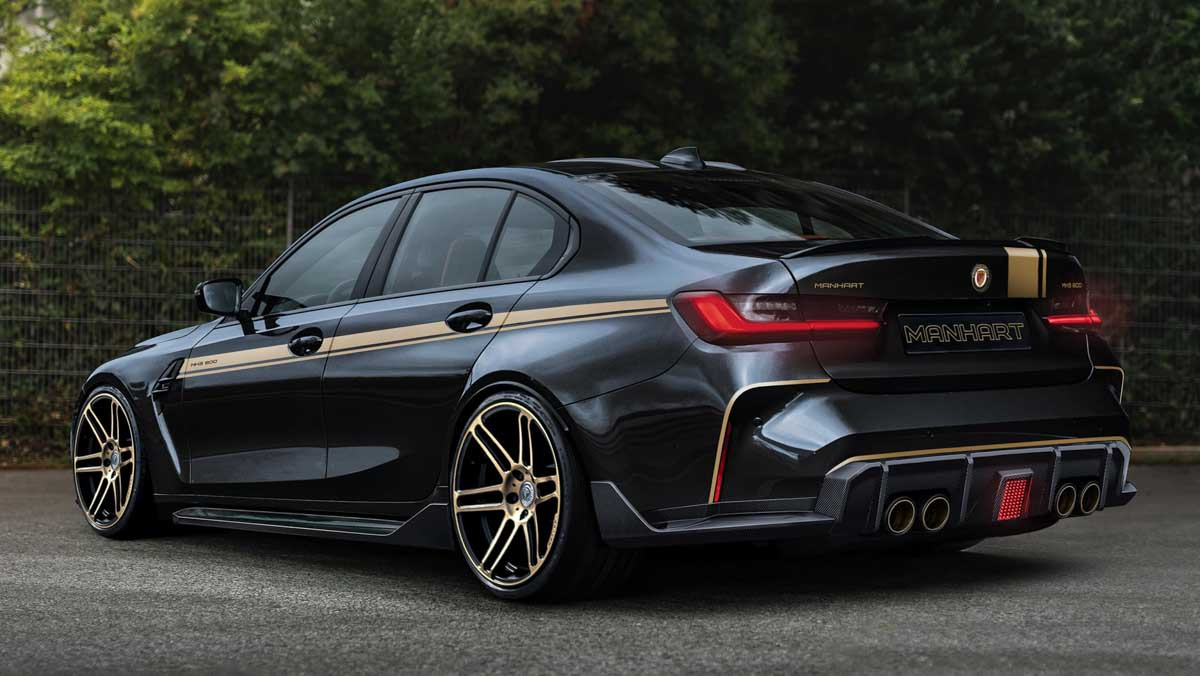 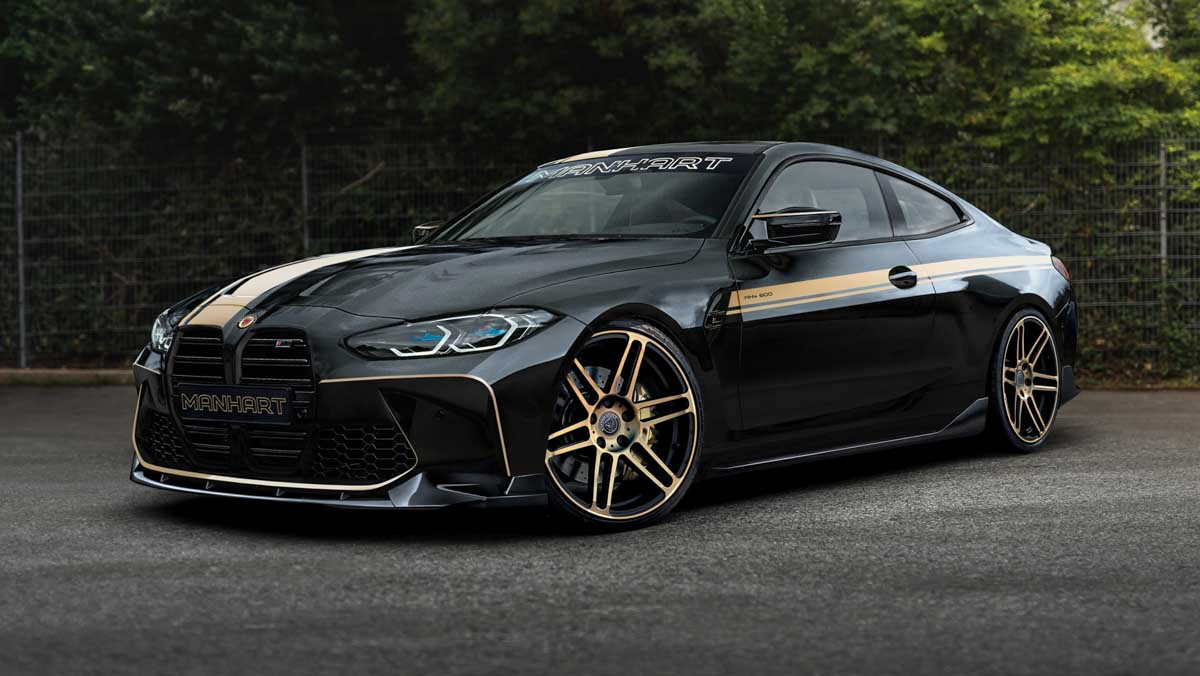 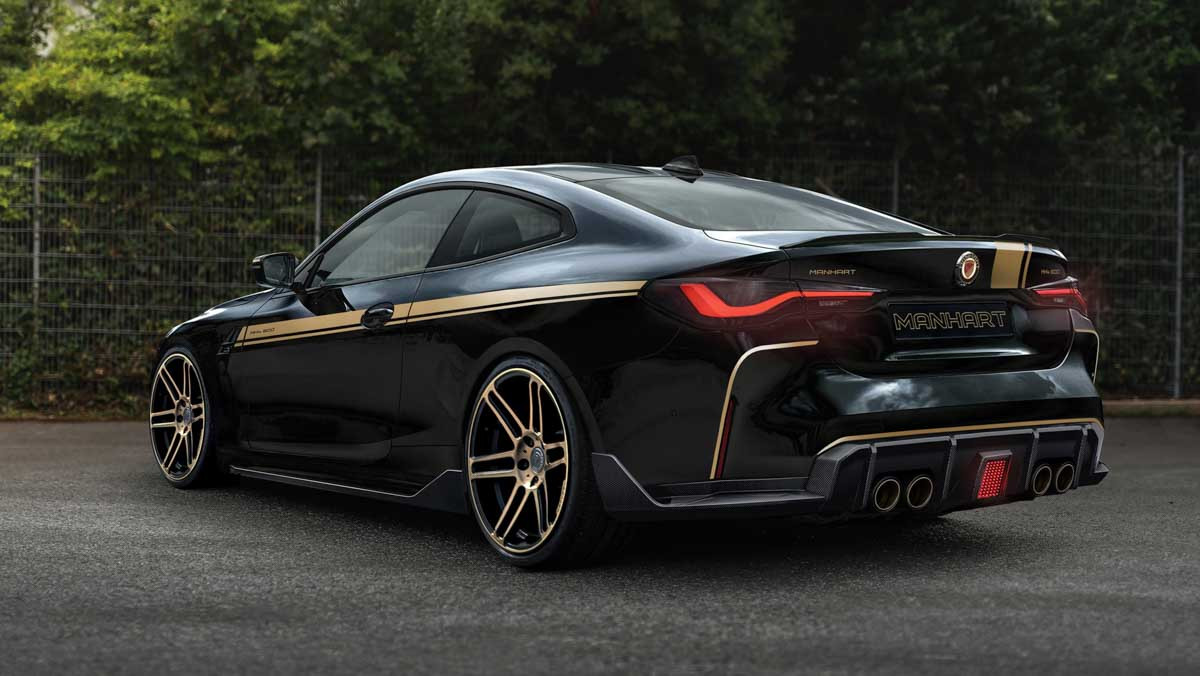 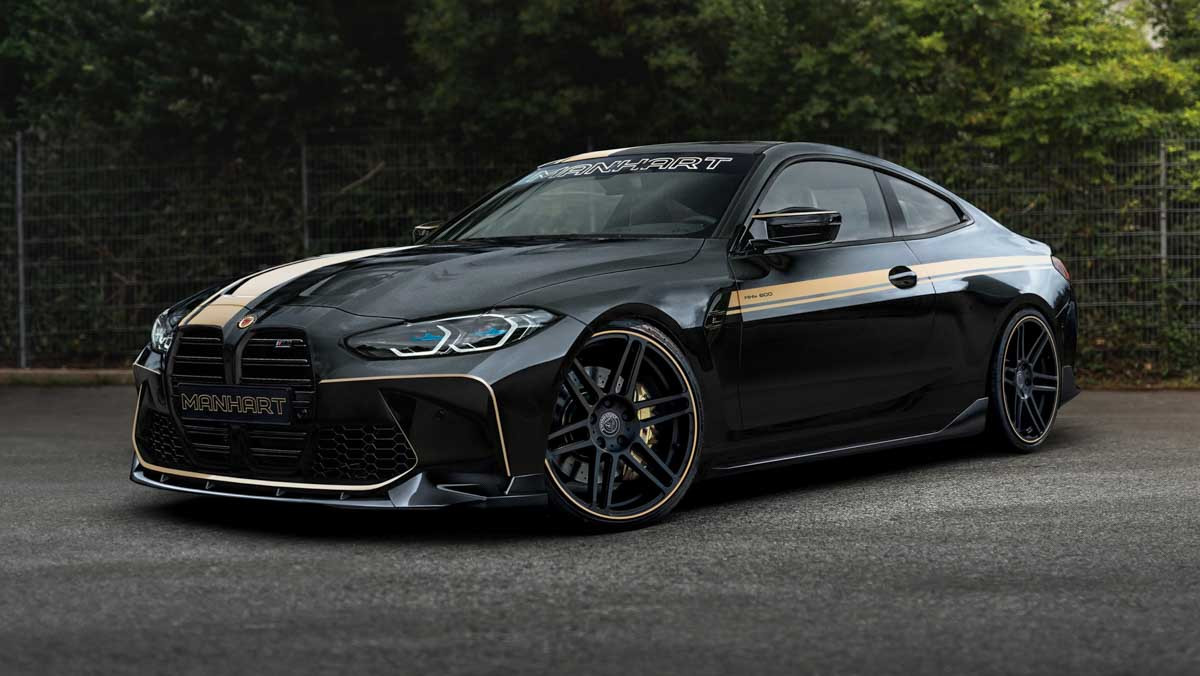 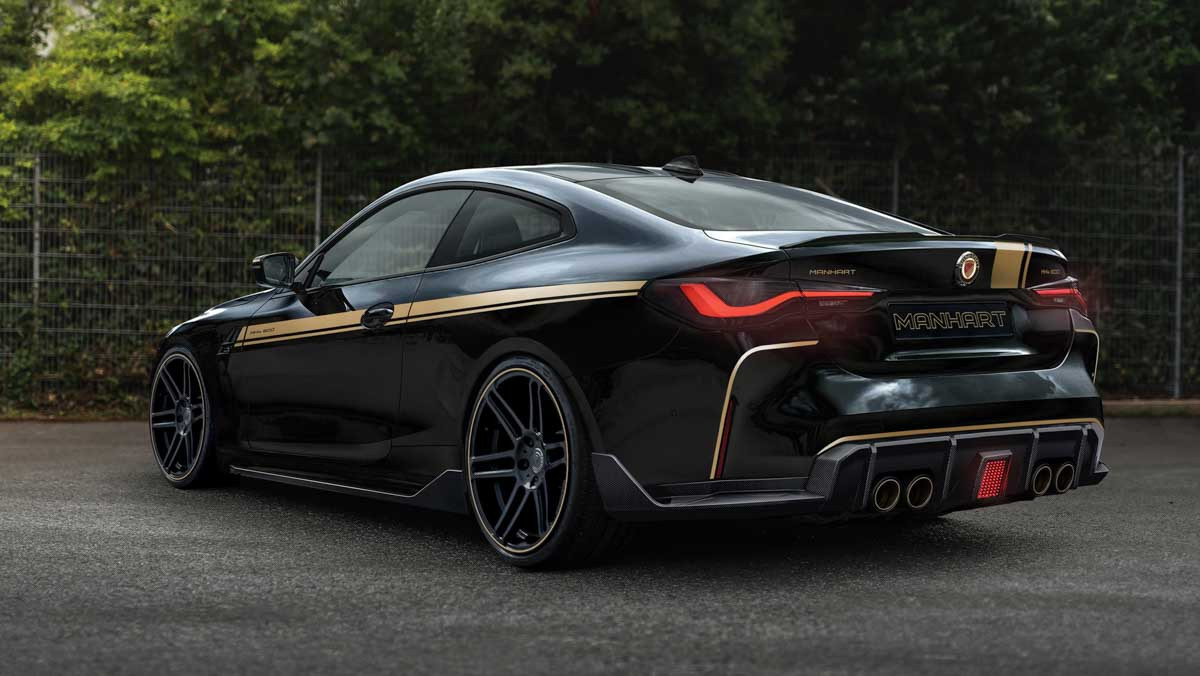 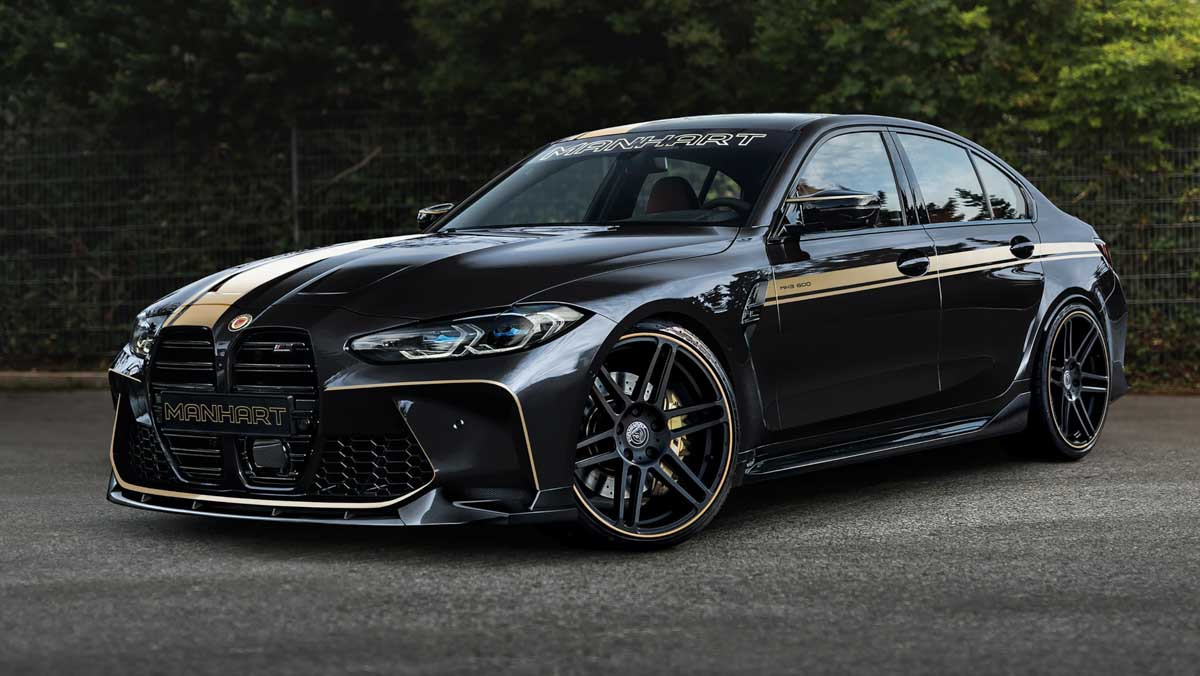 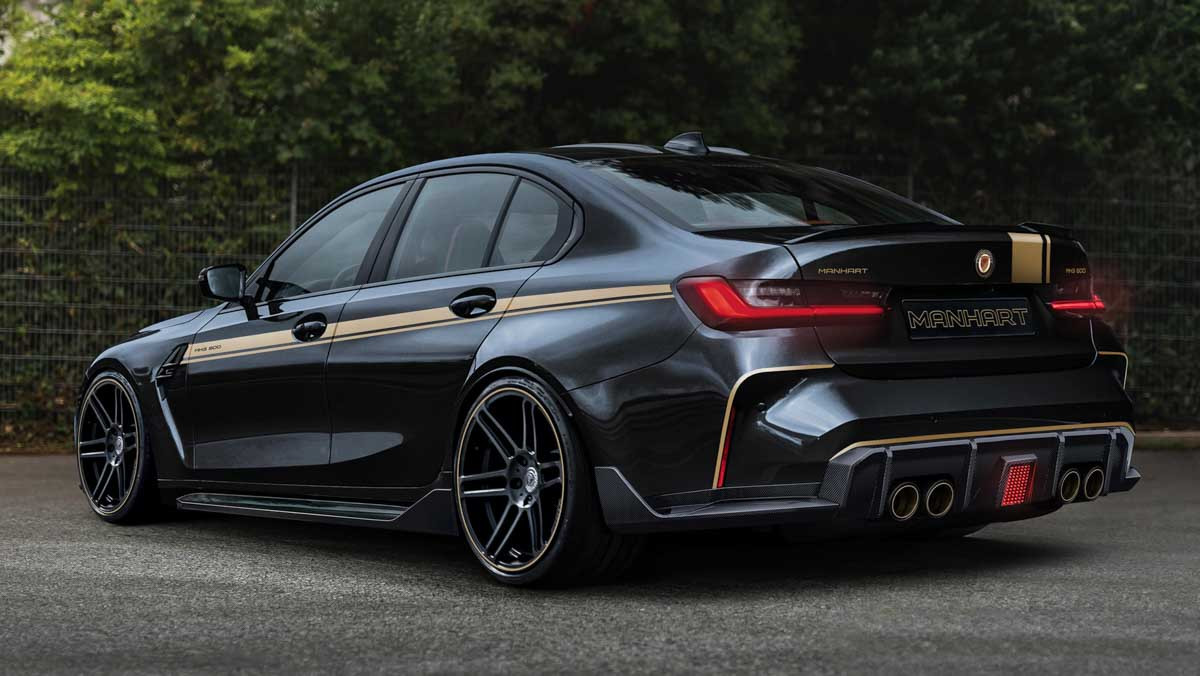 The new BMW M3 and M4 are only just beginning to hit the road, but tuner Manhart Performance has already developed a tuning package ready to take things up a notch. Due to be available later this year, it pairs a boost in performance with its own bespoke carbonfibre aerodynamic components.

The two models are called MH3 600 and MH4 600, and starting under the bonnet Manhart has extracted 612bhp and 552lb ft of torque from the S58 straights-x engine in both the M3 and M4 Competition models. Applying its MHtronik piggyback ECU module, various parameters such as boost pressure are altered in order to lift output without hardware modification, adding 109bhp and 74lb ft of torque over BMW’s factory power figures.

Performance of the upgraded models is still yet to be announced, but with a factory car covering the 0-100kph sprint in only 3.9sec and hitting a top speed of 290kph with the M Driver’s Package, it’s safe to say they’ll be rather brisk. Once the all-wheel drive models become available later this year, expect that 0-100kph time is set to drop even further.

Manhart has also released details of a new exhaust system, with an OPF-back or cat-back versions to choose from. All come with quad carbonfibre-wrapped exhaust tips, with buyers able to option a middle silencer replacement pipe should they want.

A new carbonfibre bonnet, front splitter, rear spoiler and diffuser are among the aerodynamic modifications available, as well as H&R lowering springs and 21-inch in-house wheels will be made available in due course, wrapped in chunky 265-section front and 305-section rear tyres. Manhart says it has plans to offer a more comprehensive performance upgrade further down the line, too, and with the S58’s proven resilience to tuning expect some big numbers when Manhart start playing with the hardware.