Behind the lens with Tim Brown

His enthusiasm for motorsport has seen him journey across Europe and Asia, capturing some of the world’s most successful national championships and the most prestigious endurance races. It’s an enthusiasm practiced on the circuits, his shots covering the best historics and contemporary tin tops have to offer. We ask crankandpiston.com follower Tim Brown about his work and how he finds life behind the lens.

Tim, you’ve established yourself as a bit of a jetsetter in the motorsport photography game! But what got you started in the first place…

“I decided to buy a digital camera when I started Art College. At the time I was studying Vehicle Design since I thought this would be useful for any and all projects. During the first few weeks, I signed up for a three-day photography course. This taught me the basics of photography, but also that working around limitations can bring out creativity: part of the course took place during the night in the city, but since there weren’t enough tripods for everyone, we had to share. While I was waiting for a tripod to use, I just started messing around and shooting cars driving past. I wasn’t expecting to get anything, and was simply enjoying the novelty that digital offered.”

When you say ‘novelty’…?

“Well, being able to shoot, view and delete images proved helpful when I ‘discovered’ panning. From that moment I was hooked! Those other guys could keep their tripods. Whilst they were carefully lining up their architectural masterpieces, I was fascinated by the streaky, flowing images appearing on my LCD screen: of cars, cyclists, tube-trains, people, basically anything that moved. That’s why I decided on the name ‘Motion Captured’ when I set up a website.” 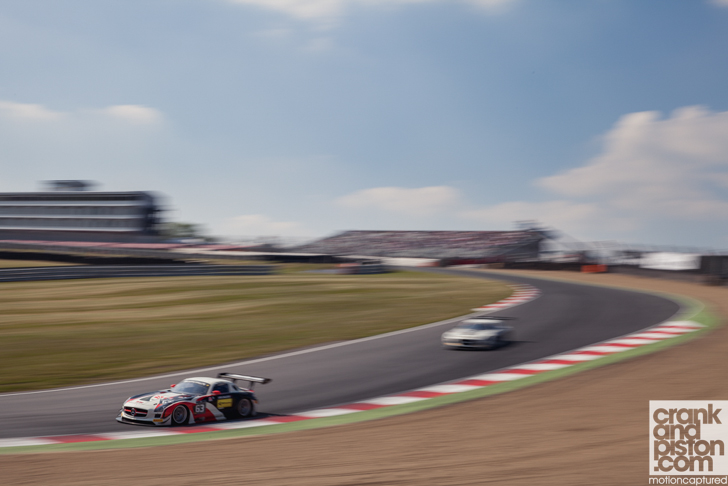 Have you always been an enthusiast of motorsport? If so, do you prefer historic or contemporary motorsport? What are your thoughts on the way motorsport has developed (from a shooting perspective)?

“As a kid I always had a passion for cars, but I started to really take an interest in motorsport when I was about 10/11. I went to quite a few British Touring Car Championship meetings at Thruxton and smaller club events at Castle Combe, which was my local circuit at the time. Later, while I was getting to know London (with camera in hand), panning shots became an addiction for me, and it was inevitable that I took this new technique to the track. Each time I went to watch an event, I would push myself to take better pictures, to find the best angles, get the longest panning shots and generally improve.

Any British circuits in particular that catch your fancy?

“Since the closest circuit to London is Brands Hatch, I went to events there a number of times and really fell in love with the place, especially the GP layout. It’s still the best track for photographers that I’ve been to. Nowhere else can you get so close to the cars without high ’catch-fences’ as a spectator. The extreme elevation changes and narrow Armco-lined track bears more than a passing resemblance to a miniature version of the Nordschleife as it flows through the secluded, picturesque woodland.

“Any kind of event photography can be very stressful at times, when things are going against you and you’re not getting the shots it’s the most frustrating feeling imaginable. But all it takes is one moment when you get that ‘killer shot’ to turn the situation on it’s head, and bring on the warm fuzzy feeling of elation. Never give up too soon, and to never stop looking for the next shot, as success can be just around the corner!” 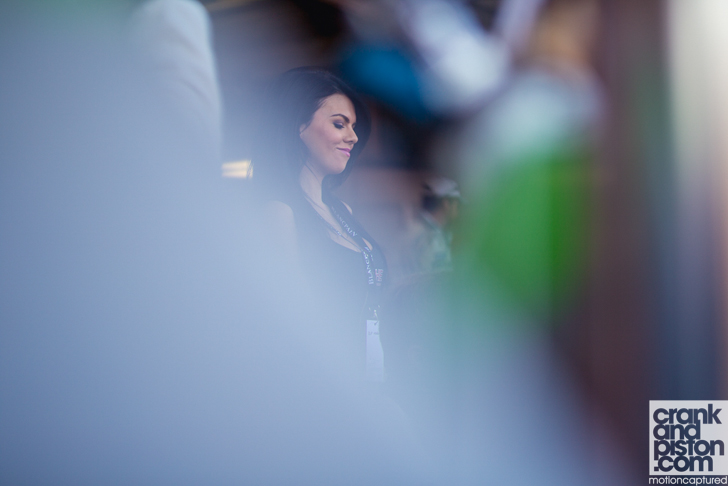 Previously you’ve seen your enthusiasm for Japanese Super GT and historic racing at Modena, but recently you visited the British round of the Blancpain Sprint Series. Would you say you are more of a contemporary or historic racing fan? Are there any differences in technique required from a photographic perspective?

“Although I love to shoot both historic and contemporary motor racing, they have quite different atmospheres. Generally classic racing is a hobby rather than a profession, so the drivers and teams are more relaxed and the mood is much lighter. Contemporary race events meanwhile are professional affairs: the teams and drivers are there to do a job, and their career may hinge performances on the day. So the mood can be very tense and the team members can be less open and accommodating to photographers, since they have a lot of pressure to get their jobs done without distractions. This incredible level of tension and focus can be very exciting though, so I wouldn’t say I prefer either.” 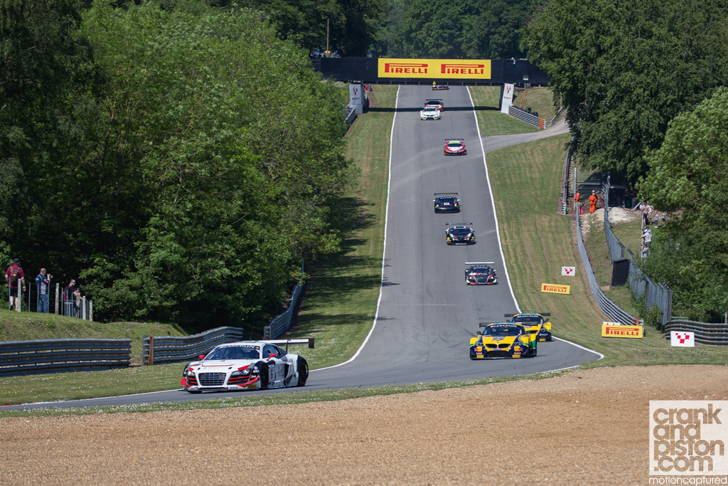 Very nice ‘on the fence’ answer there Tim! How about historic racing then? Modern sports cars and single seaters represent the pinnacle of downforce, but historics must offer an interesting photographic insight…

“[Laughs] Yes, I love how the older cars move around on the track and the variation in performance and handling. Watching a Mini Cooper battle with a Ford Galaxie for instance, or a Lotus Elan take on a Corvette Stingray is so much fun, and you’ll see lots of overtaking as each car uses it’s advantages on different parts of the track. The cars will slide a lot on their skinny tyres, and pitch and roll through corners on period suspension designs. On the other hand, it’s undeniably awesome to see cutting-edge machines battling for every tenth; the intense competition charging the air with excitement: sparks flying as they bounce over curbs and the highly tuned engines spitting flames as un-burnt fuel hits the glowing exhausts. Again, both historic and contemporary racing have their unique charms.” 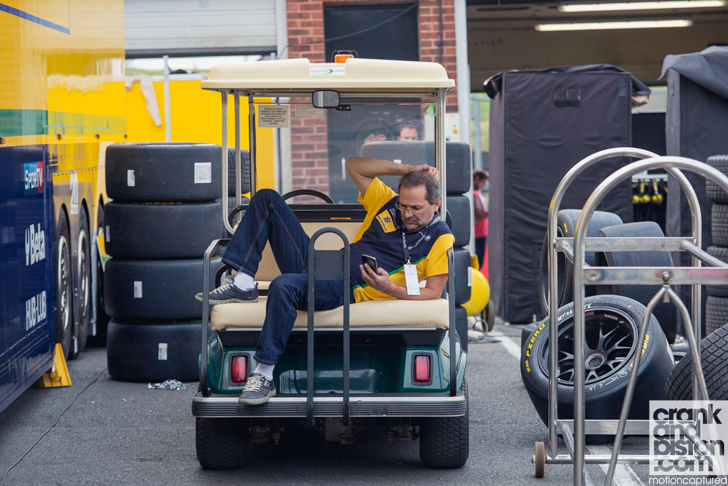 With those two very disciplines in mind then, what do you look for when shooting a motorsport event? Obviously focus is on the drivers and the cars, but what of the atmosphere? How do you capture that?

“Well when I am in the paddock or pitlane (and especially when people are in the shot), I don’t arrive thinking ‘I want to get this shot’, I just try to keep my eyes open for the moments that are unfolding. So you could say my approach is quite intuitive in that respect, and I think it needs to be. Everything is constantly moving and changing.

“Cars on the track are slightly more predictable though, so you can plan your shot to a large degree then set about capturing it in the way you want to. Of course, the cars won’t always do what you want them to: trying to catch a car spitting exhaust flames can be a quick way to fill up memory cards!” 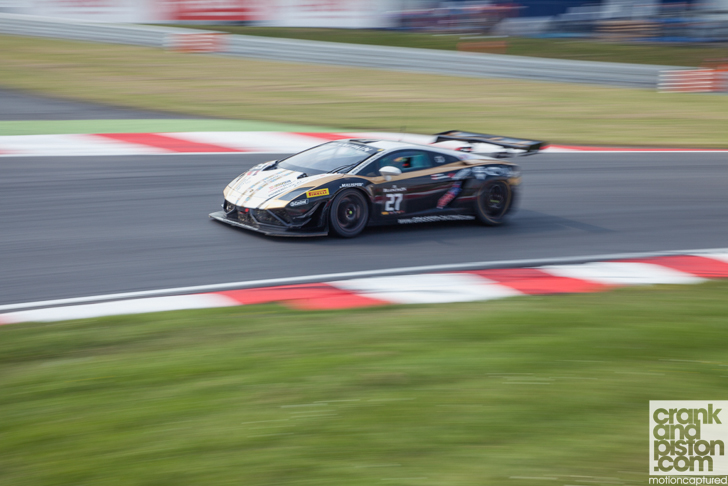 Walk us through what’s in your camera bag. How much equipment do you regularly carry with you?

“I usually take two bodies and four lenses to a typical race weekend. Having two bodies to carry is hard work but it means you can cover a wide range of shots without changing lenses (which takes time and allows dust into the camera). Also if one malfunctions, you don’t have to settle for spectating. I usually fit my telephoto-zoom lens – 100-400mm – and a wide-zoom – 24-70mm – when I am trackside, and switch that combo to the wide-zoom and an 85mm prime (fixed focal length) lens for the paddocks and pitlane. I also have a 15mm fisheye lens, which is fantastic for car interior shots, but also fun for panning and shooting groups of people.

“All this stuff is heavy and bulky – at more than 10kg, you really feel it during – and after – two or three days of walking, climbing up banks and over fences (often trackside access requires this) and especially squatting or kneeling to get that perfect angle. And of course, don’t forget the spare batteries, charger, memory cards, laptop, card reader, backup hard-drive, rain covers, cleaning kit, torch and tripod for night races, etc. Luckily most media centres have places to store this kind of thing when you’re out on track.

“I almost never use a flash – so at least that’s one less thing to carry. I feel that a flash usually gives an unnatural look to the photograph and kills the ambiance. The ability of modern DSLR’s to shoot in very low light means it’s not necessary unless you specifically want to control the lighting. Since my style is more ‘photojournalistic’, I prefer to shoot the scene as I find it.” 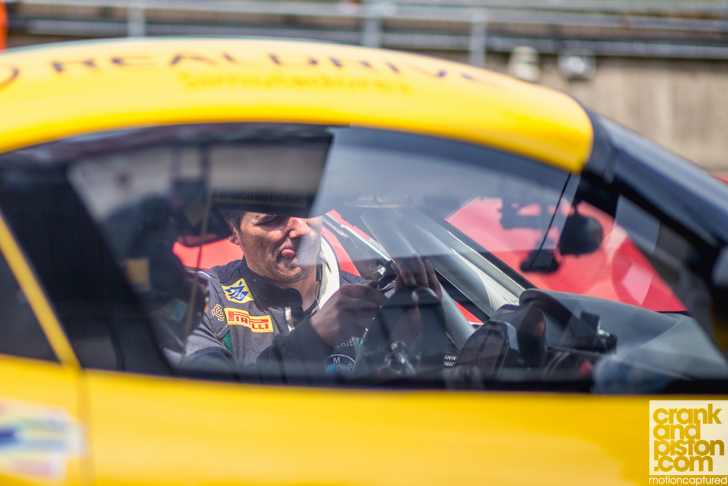 How far on average do you travel for motorsport photoshoots?

“My longest journey to a race weekend was 10 hours in the car, from Cologne, Germany (where I was living at the time) to Le Mans for the Classic in 2012. Cologne was better placed for other circuits though: in 90 minutes you can reach the Nürburgring, Spa-Francorchamps and Zolder, and within three hours you can be in Hockenheim and Zandvoort. The furthest from home I’ve been for shoots is Japan. I have family there and usually visit once a year. So far I’ve seen Formula D drifting at Nikko Circuit, production car racing at Fuji Speedway and Super GT at Suzuka and Autopolis.” 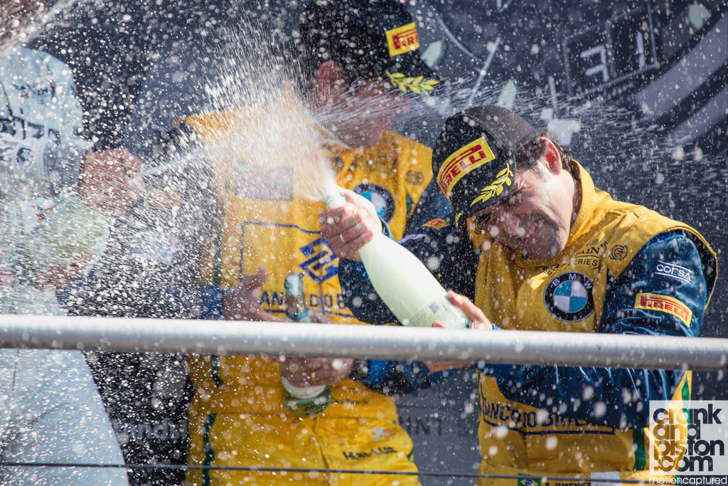 Are there any events you’ve shot that stand out in your memory, for good or bad reasons?

“Probably the most memorable event for me was the 2008 Spa 24 Hours. It was my first taste of endurance racing, and also my first road-trip in mainland Europe. I slept in the car not realising how uncomfortable it would be, which made it hard to get up at 4.30am to capture the dawn shot. After a few hours of shooting light trails and cars that had survived the night, a breakfast of Belgian waffles and tea never tasted so good!

“I also have strong memories of last year’s Nürburgring 24 Hours, for the wrong reasons. The weather was awful, and despite having an umbrella, waterproofs and walking boots I got soaked through (as did my camera bag). I had to wait more than an hour in the relentless rain each time I wanted to use the shuttle bus to get around the huge circuit. The race was abandoned for nine hours in the middle before running to the end in miserable conditions, not what you want at an already demanding event. But those experiences just make it all the more sweeter when you get blue skies, warm sunshine and beautiful light.”