In 1987, Ayrton Senna took only his fifth ever Grand Prix victory around the streets of Monaco. Eight years later, the Brazilian was a record six-time winner. Climb on-board for his first winning run at the principality. 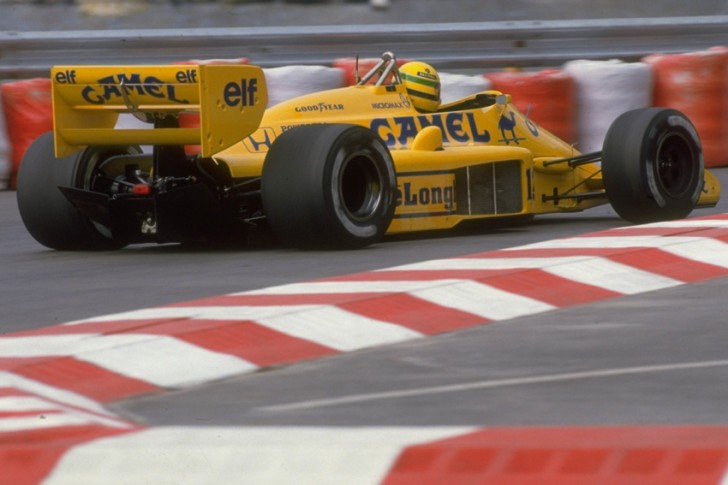 Many speculate – 20 years after his death – that at the 1994 Monaco Grand Prix, three-time Formula 1 champion Ayrton Senna would have secured his seventh victory (in eight years) around the streets of Monte Carlo and his fifth on the bounce. Though his head-to-head with Nigel Mansell in 1992 arguably remains his most famous victory around the principality, Senna’s first with Lotus in 1987 stands out for very different reasons.

Three years after THAT drive for Toleman in appalling conditions at Monaco, Senna entered 1987 as a firm championship contender. Four races in, a solitary second place (ironically) at Imola was all the Lotus driver could boast. Second on the grid in Monaco, he could only watch Mansell’s polesitting Williams disappear into the distance, until boost pressure issues curtailed the Brit’s run. On a charge thereafter, victory in the 99T was Senna’s for the taking.

Come the end of the fourth race in Monaco, Senna lay just three points behind standings leader Prost. One race later, and with another victory to his name, he topped the table. The Brazilian’s championship assault had begun, and history was in the making.

Previous ArticleVolkswagen Tiguan. The simple things. Management Fleet
Next Article Behind the lens with Tim Brown