Behind the lens with Seagram Pearce

“One reason so few of us achieve what we truly want is that we never direct our focus. We never concentrate our power. Most people dabble their way through life, never deciding to master anything in particular”

The above is a quote from Tony Robbins, and highly applicable it is to our latest interviewee. Well-known in his field, his photography encompasses the automotive, fashion and advertising worlds, his drive to do so closely linked to the attitude above. It’s with great pleasure that we sit down and discuss Seagram Pearce and his time Behind the Lens. 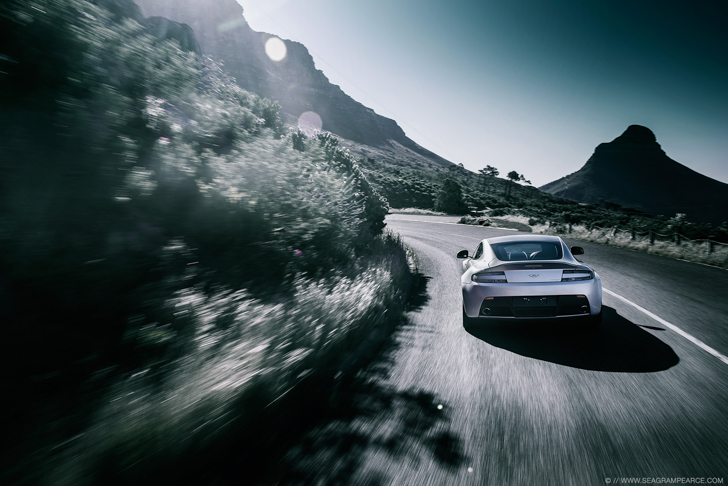 Seagram, let’s start with a horribly obvious question: what got you to where you are today? What stages did you got through from Seagram Pearce, man with a dream, to Seagram Pearce, envy of shutterbugs across the globe?

“Honestly, it doesn’t ever feel like one ‘arrives’ at a stage in which you feel content with what you’re doing. I’m always chasing the next best image. I feel if I don’t, I’m going to fall behind. I’ve kept this mind-set since day one. The progress though I suppose is like everyone else: started badly, learnt from my mistakes, tried not to make them again.”

Whilst you were busy making these mistakes early on, were there any photographers in particular from whom you drew inspiration? Any favourite works in particular?

“When I was starting out, everyone seemed better than me! So I was just this wide-eyed kid in a candy store for just about everything back then. Saying that, I was (and still am) in love with Andy Wee’s work. Wynn Ruji was another whose work made me realise there was so much more to composition than just a car filling a frame.” 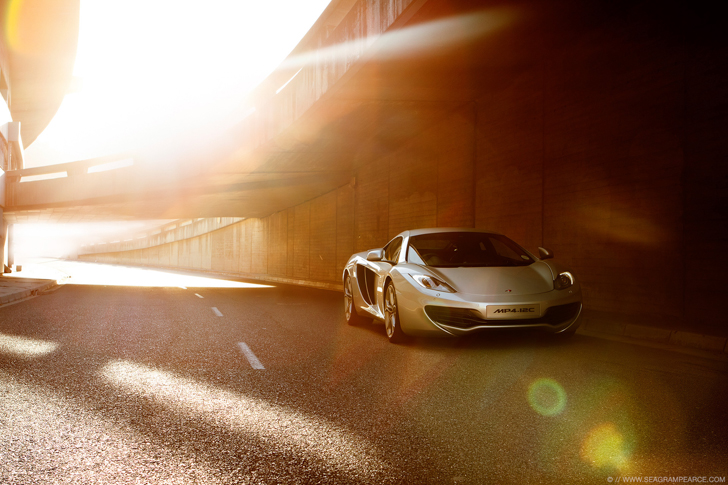 You certainly seem to have put these inspirations to good use. In just six years, you earned 16 awards from the likes of Nikon, Lexar and Innovatronix…

“Winning awards isn’t really something I care too much about. Sure it’s nice to get recognition, but the reason for entering competitions is the publicity I get from them. Awards only really come with a certificate and sometimes a little trophy. I already have a stack of certificates in an envelope at home, and they do nothing for me: the PR I get is what really helps my career.

With that in mind then, how important are the names that present these awards?

“Actually my motive is a little more long term: sponsors are nice to have too. These days in our economic climate they’re becoming rarer. Again, I only ‘accept’ sponsorship from brands I actually already use or really like. I’m not going to slap a brand with my own if I don’t like a product.” 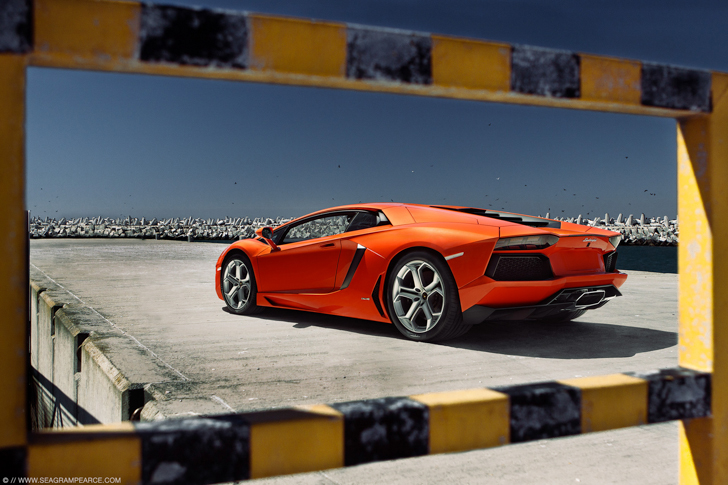 What are your regular weapons of choice then, and that one lens you can’t live without?

“I’m a Nikon man, so I currently use the D810 which was mainly for video reasons, but after shooting some motocross sport with it, I’m super impressed with the new focus system Nikon put into it. My standard ‘walk around’ lens is the Nikon 24-70mm f2.8. It’s my favourite lens for its versatility. My other lens I can never use enough of is the 85mm f1.4, but that’s mostly for client work.”

Was there one particular moment when you realised your decision to become a photographer was the right one?

“It was the day my first (and only) boss came into my office and said to me, “you need to quit this job or I’m firing you! Chose one. You need to go create your own dream & empire. You can’t stay here & create mine.” He was an incredible businessman.

“That one moment pushed me into what I never thought could be a full-time career. I left the company as Head Designer and went into photography instead. The first year was really tough as I had no other form of income, but I knew it was the right choice: my entire mind-set about my life and it’s direction had changed, and that proved the only motivation I needed.” 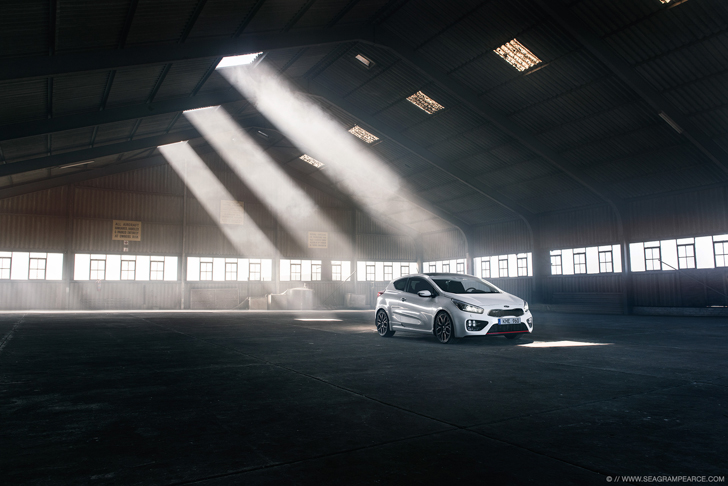 We’ll take a step closer to home with this next question, since you’re no stranger to Dubai and the Middle East. We’d love to hear what you thought of the place and the clients you worked with?

“I love Dubai! I would love to eventually experience Dubai as a tourist one day. Every time I’m there it’s for work, which means it’s hotel rooms, pre-production meetings, location scouting and shooting. Dubai has a great energy to it and a massive luxury factor. Fortunately I’ve been able to travel to outlying areas outside Dubai too like the Hatta Mountains, which has it’s own beauty. I also love Emirates (that’s a sponsor I would like), so I’m always stopping over in Dubai between Europe or elsewhere.”

If you were to name your ideal shoot, car and location, would Dubai be included in that list?

“Actually I really want to shoot a Jaguar, BMW or Audi in Lisbon, Portugal. I was recently in Lisbon shooting a campaign and they have the most amazing architecture for automotive work” – which crankandpiston.com during the launch of both the MINI Coupe Roadster and the BMW 4 Series – “Every street looks like a potential ad campaign, and the local production companies are amazing. My producer in Lisbon knows all the great hidden areas for cars.” 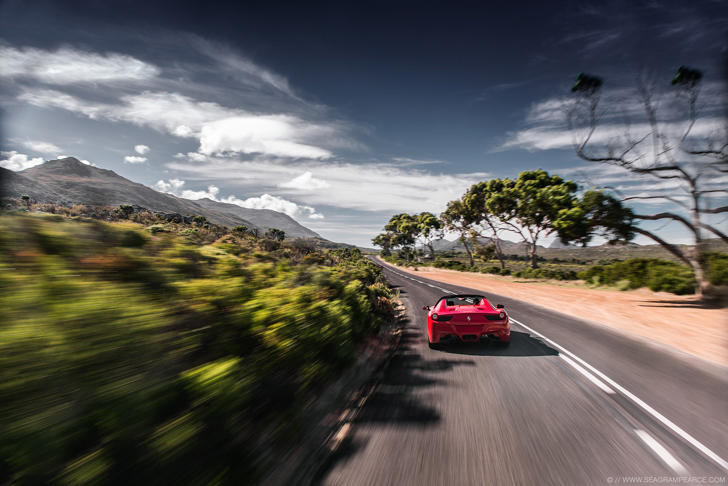 Let’s jump to the ‘hot topic’: Photoshop. There are certain people who believe that using not using Photoshop makes for the purest form of photography. Would you agree with that?

“Oh, there will always be those who diminish the value of an image because there is some post production attached to it. I’m in the advertising field, so everything requires some post-production editing: it’s so integral to a photographer’s personal creative flair. Nobody hates chefs because they use their own blend of herbs and spices, or hates eating cake because it has amazing icing sugar on it.”

On the back of that striking analogy we’ll finish with one question: if you had any words of advice for aspiring photographers and fans of your work, what would they be…?

“Don’t give up. The only reward for hard work is success. That is how the universe works. Just be careful not to make someone else’s level of success your own level: we all have our own. Just being able to shoot full time in this economy is a success.”