Behind the lens with Davor Manojlovic

Growing up in Yugoslavia with only the finest Yugos to shoot may not seem the most obvious of routes into automotive photography. Nor however did it slow this gentleman down, who – after starting out shooting cars in the anted ads with his father’s Russian Zenit – now boasts the likes of Porsche and Mercedes on his portfolio. We find out why duplication is not necessarily the hallmark of good photography and why a roll of ducttape can come in quite handy as we speak with Davor Manojlovic on his life Behind the Lens.

Davor, pretty straightforward question to start with: how did you get started with car photography?

“I’ve had interest in photography since I was about 15 years old, starting out by shooting a few rolls of film using my dad’s old analogue Zenit camera. But ‘real’ photography started – like it does with most people today – when I got my first DSLR, probably about six years ago now. At that time I was shooting pretty much anything, but then two, two and a half years ago I decided to focus on a specialist subject, and that’s where automotive photography came in.”

And was success hard to come by in the beginning?

“Well I put a lot of practice in on both my car and those belonging to friends, but the real challenge was finding cars to shoot for my portfolio. I’d recently moved to a new city and I hadn’t met many people, so I turned to the local ads. I’d offer free photos to guys selling their cars, but out of about 30 guys I contacted only one of them agreed. Then again, he brought two of his friends along with him to the shoot and they were looking to sell too, so it worked out well.

“After that it got a lot easier. More and more people started seeing my images and through that I got my first official assignment. And lots more after that.” 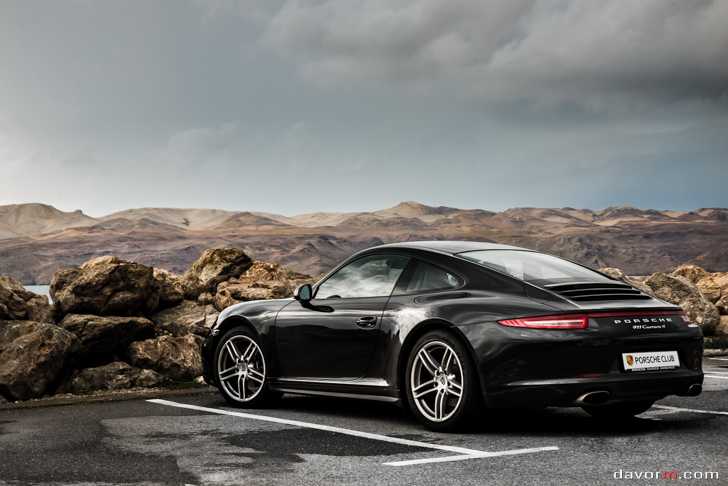 Were you just keen to get into photography, or did the interest in cars come first?

“Some of my earliest memories are of cars: models my father owned, and those I saw on the street. Growing up in communist Yugoslavia meant that most people drove a Yugo or something similarly not exotic. I was though lucky since near my hometown there was a popular tourist centre, so I got to see a lot of exotic cars owned by tourists visiting the area: Porsches; Ferraris; Bentleys; Lamborghinis. Seeing these cars on the streets was really exciting.”

“Nowadays though I’d say my love and interest for cars has only gotten stronger, so now I consider myself a photographer first. Usually I look at car photographs differently, wondering how each image has been taken, what processes have been used or what could have been done better. It’s my craft now and has gotten into my blood, I guess.” 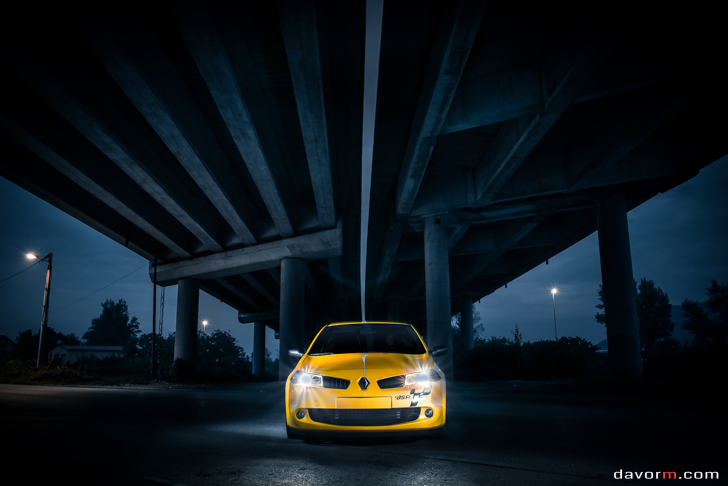 Was there a particular photographer or piece of work that inspired you to get started?

“The first automotive photographer that I really noticed was Tim Wallace. He’s from the UK and is best known for shooting Aston Martins and Morgans. I saw some of his images in a local photo magazine and his style immediately struck me as very dramatic: clean somewhat dark but not over the top. The cars in his photos look like proper art pieces too. I guess you can say he was my first role model when it comes to photography, and I have learned a lot from him. Especially in terms of lighting.”

It’s ironic that with inspiration comes a particular style that fans or aspiring artists try to duplicate. Is that something that concerns you looking forward?

“[Laughs] Actually, no. I’d take that as a compliment. If I were to do something so easy to copy, it would probably mean it’s not that good!”

Interesting. Is the style used in ‘good photography’ – forgive the expression! – capable of being duplicated then, in your opinion?

“I think that ‘honest’ photography really brings something to the table that can’t be duplicated. If you pour your soul, feelings and past experiences into anything, it’s yours and yours alone, and that can be said of any art-form.” 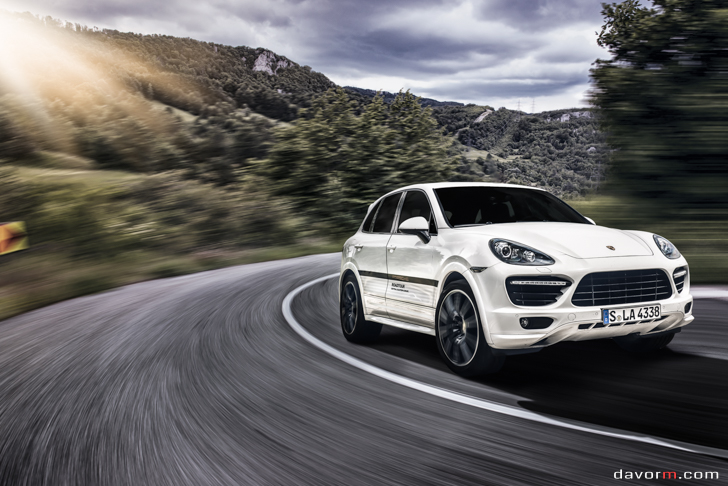 Let’s take a step back for a second to another (apologies) rather obvious question: what equipment do you traditionally use for photoshoots?

“Like everything I do in life ? I try to keep it as simple as possible. My main camera is a Nikon D600 and my main lens is a 24-70mm f/2.8. Very rarely do I use a telephoto lens or anything like a like a 50mm f/1.4, since the 24/70mm range is just perfect for what I do. I carry a 600 w/s light, a couple of hot-shoe flashes, a couple of softboxes, strip-softboxes, lots of memory cards, batteries, wireless triggers, cloths. Oh, and duck-tape: one unfortunate occasion taught me to always have a backup body and lens!”

I’ll be nice and not ask you what happened! Any particular photoshoots stand out in your mind…?

“Yeah, one does stand out as being especially challenging. I had to shoot around 30 cars and motorbikes individually and from multiple angles for a catalogue for a local automotive museum. In one day. The night before the grand opening! Post-processing had to be done on the spot.

“That was an amazing experience (it really helped boost my skills), and the cars were magnificent. You rarely have an opportunity to shoot – let alone see – a Ford Model-T next to an ’82 Porsche 911 and a Karmann Ghia.”

Do you mainly work with manufacturer cars or do you dip into the tuner car scene as well?

“The majority of the cars I work with are mostly stock. I have nothing against tuning what you drive, but to be honest, a lot of these DIY jobs look too artificial. Too in-your-face. There are exceptions of course – Singer Porsches come to mind – but these are in a completely different league to cars that cost the best part of $500,000.” 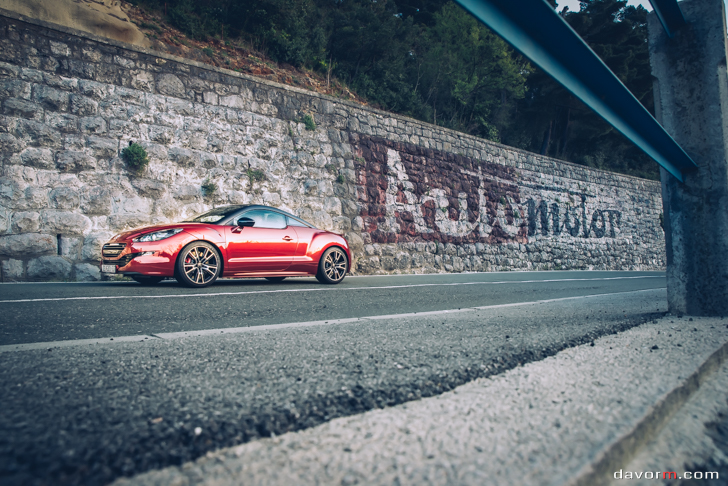 Here’s a taboo subject in the photography world: Photoshop. Are you pro or con?

“To me it’s as important as taking off a lens cap. People believe that ‘post-processing’ is relatively new, but it’s almost as old as photography itself. Guys like Ansel Adams would spend hour-after-hour working on images in darkrooms, and this was 70/80 years ago. Of course the way in which we play with the lighting today is much simpler and is available to pretty much everybody. I’m a big fan of Adobe Lightroom, a program that is now so good I hardly ever use Photoshop anymore.

“But then there are certain things that can’t be done in Lightroom (for now) and certain shoots (commercial) that demand higher level of post-processing, so you can’t get away from the fact that Photoshop is a key part of good photography, no matter how people might view it.”

You’ve mentioned the past, so let’s consider the future. Are there any particular goals you’ve set for yourself?

“Like most artists, I’m never completely pleased with my results, so I guess you can say my goal is to be completely satisfied with what I do (if that’s even possible!). There are a lot of cars that I want to shoot, and business-wise, my goal is to work for manufacturers on official press photoshoots. Not a bad dream for a guy who started out shooting cars in the want ads!”