When a car festival is held in the United Arab Emirates, you get the feeling it’s going to have that ‘little extra something’…

Take the 2014 Gulf Car Festival for instance, which recently took place in Dubai’s Business Bay. As well as the region’s most dedicated petrolheads, members of the local motoring media, aspiring collectors and the region’s most prominent car clubs all put in their respective appearances. And cars obviously. Hundreds upon hundreds of cars, classics and modern beauties alike. What better venue to enjoy my first big car show in Dubai?

Fortunately, despite the sheer number on display, the show wasn’t divided into a maze of categories: walk down one strip or another and you’d find the anti-lag bangs from a single turbo’d 2JZ going head-to-head with the high-pitched mating call of the latest supercar from Maranello. This clearly meant war.

As a JDM fan (‘Japanese Domestic Market’ for the non-elite), my first – and, as it turns out, longest – port of call was the mass of modified Nissan GT-Rs making themselves at home away from the pack. According to the owners, all of whom were happy to go into mind-rotting detail on the work that had been done, several of the examples on display were easily pushing 1000hp. Had my bank balance been able to cover even a quarter of the asking price, I may well have put down an offer right there and then.

An hour or two and some further scouting later, I’d unearthed classics and rarities the likes of which I’d never dreamt I would see, from a Morgan 4/4 and a Porsche 912, to a BRABUS E-B63S and a Nissan Skyline R32 (a personal favourite). Even this though paled by comparison to the finale of the show as each car pulled out into traffic, leaving a smoking set of elevens and the cheers of the crowd behind. 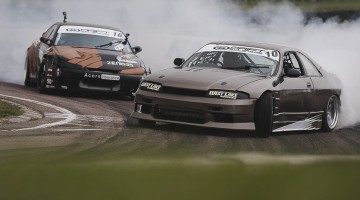 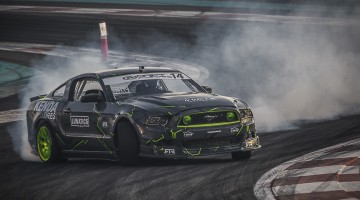