We’re impressed with our long term Audi TT’s agility, but that’s not the focus this month

What is that noise?

Though we’ve been impressed with the muted notes of the 2-litre TFSI four-cylinder in The Management Fleet Audi TT, a few other noises have grabbed our attention this month. Fortunately the first – a rattle at highway cruising speeds emanating from the passenger window – was solved with a well-placed palm of the hand. This has proven only of moderate help with the others. 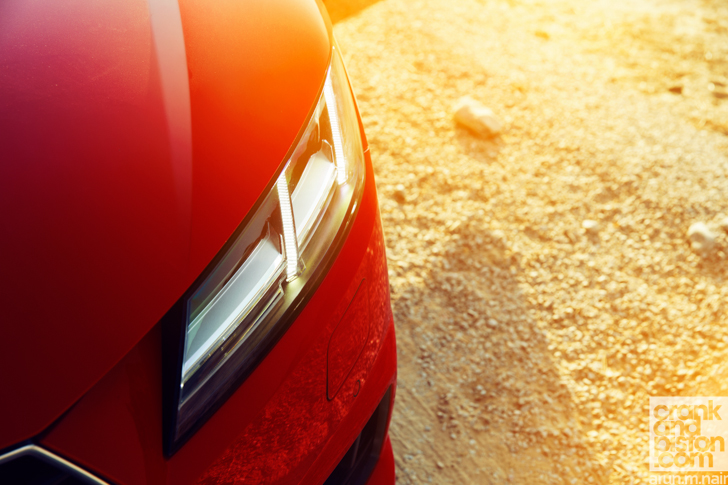 The first is the alert tone that sounds when the Audi creeps over its registered speed limit, in this instance 120kph. We reminded by our glorious German dictator with not one but two high-pitched ‘boing’ that ‘you really should be paying more attention shouldn’t you, careless…’ Needless to say this can start to grate, even though we’re aware there’s a very simple solution to this ‘problem’…

The second relates to the air conditioning: it is a little alarming when, stepping into the cabin and starting the engine, the air conditioning fires into life like a Spitfire jet engine. Having said that, the design of the TT cabin is one we’re all very fond of. Minimalist even for Audi (there’s only one screen for the infotainment system and that’s in front of the driver), it’s a fantastic blend of a MMI navigation plus rotary dial and some slick, silver switches on the centre console and the air vents on the dashboard, which, in a neat design, have the controls mounted within them. 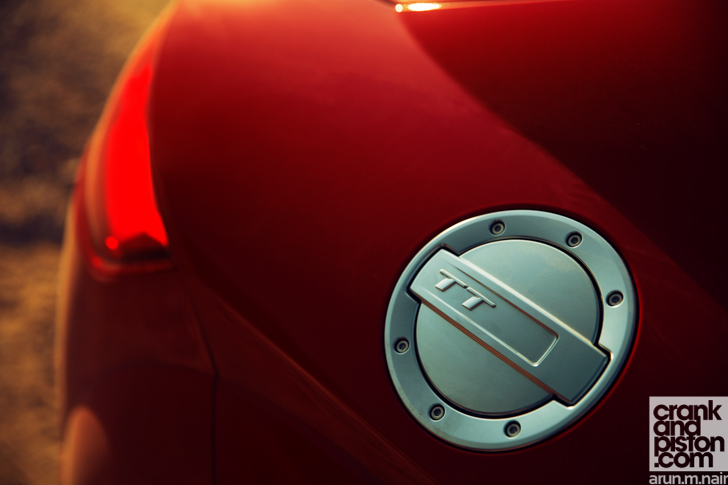 The third concerns the Bang & Olufsen sound system, which as you would expect, is of sublime quality and proves pretty straightforward to use. Turn off the engine though and the tone that emanates from the speakers is usually only heard before the words, “this is CNN…” And about as useful.

It’s ironic that sound deadening in the cabin itself is actually pretty good, even if the TFS engine notes are a little more subdued. This we can live with, given the sprightly nature of the 230bhp unit. Stick everything into ‘Dynamic’ – whereupon the gear changes become much sharper and the steering more decisive than the slightly over-assisted setup in Comfort – and throttle response is impressive. So too is the handling of Audi’s new TT, tautened suspension doing little to ruin the ride comfort (even in Dynamic, the ride is supple) whilst simultaneously keeping the nose pegged through the turns, thanks also to solid grip from the tyres and solid power delivery through Audi’s Quattro all-wheel drive system.

Indeed, were I not so focused on the car shouting at me for one thing or another, I would probably be paying more attention to it…