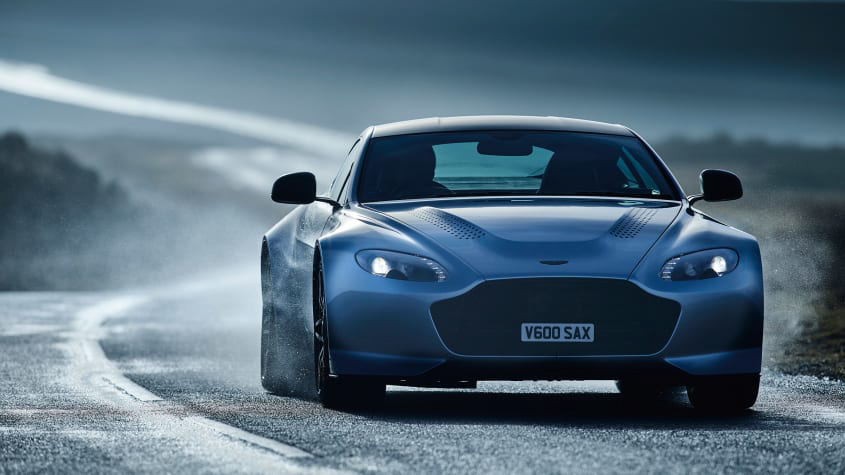 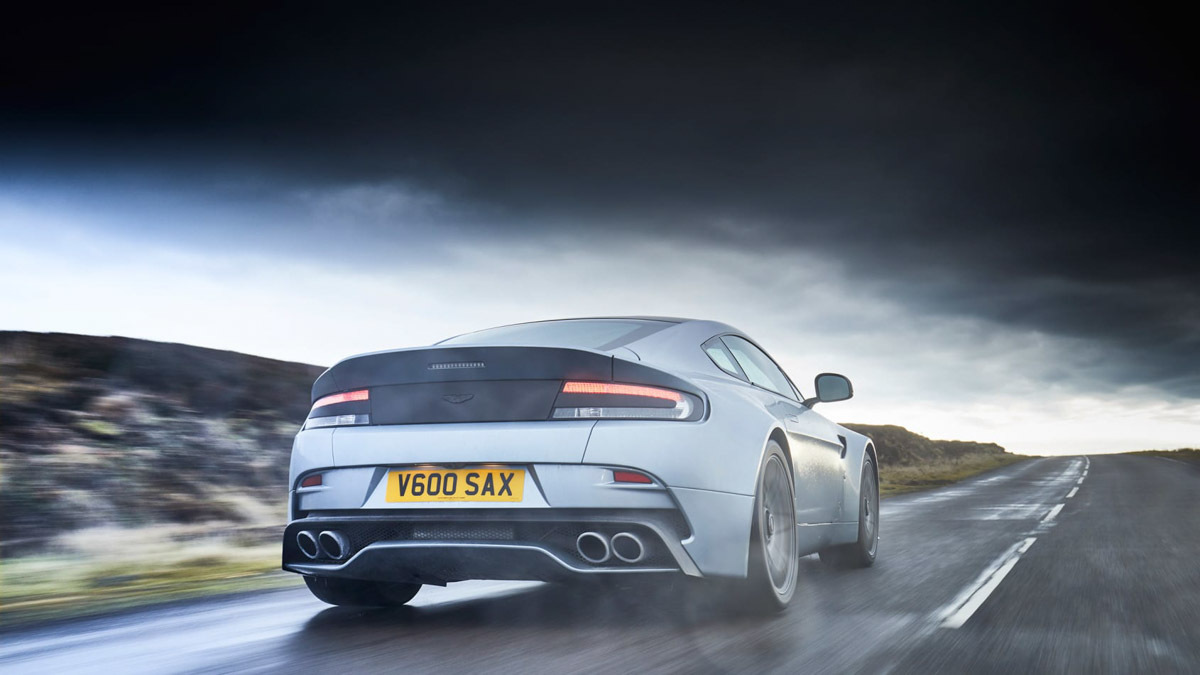 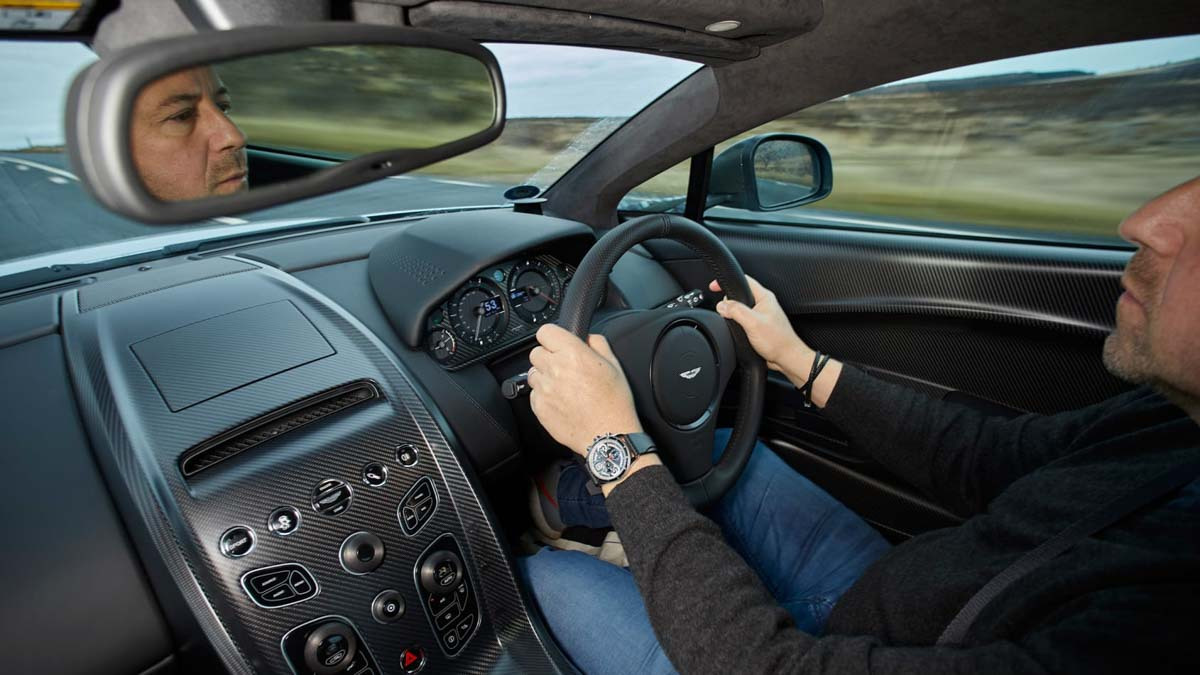 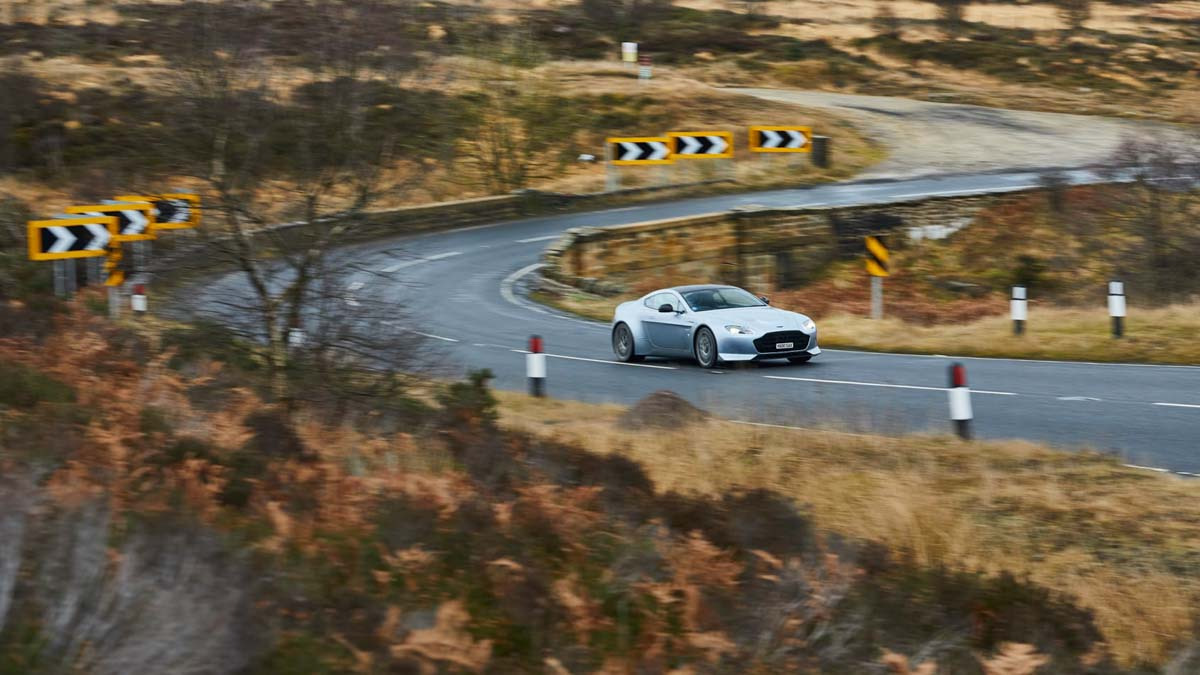 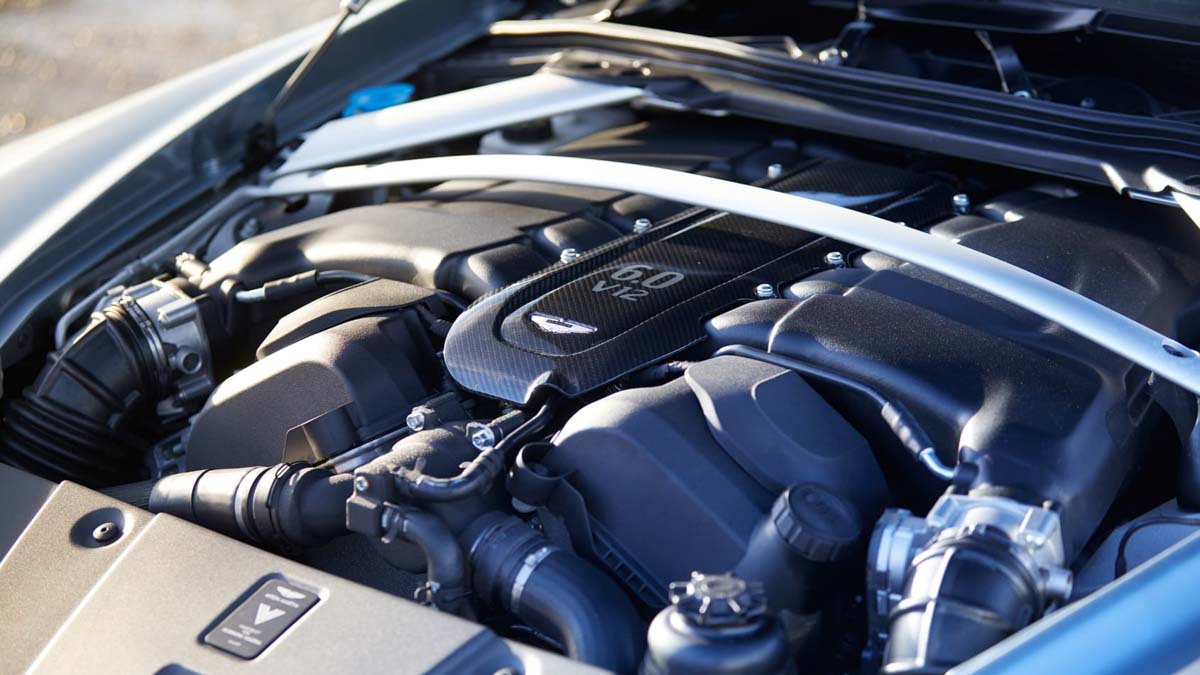 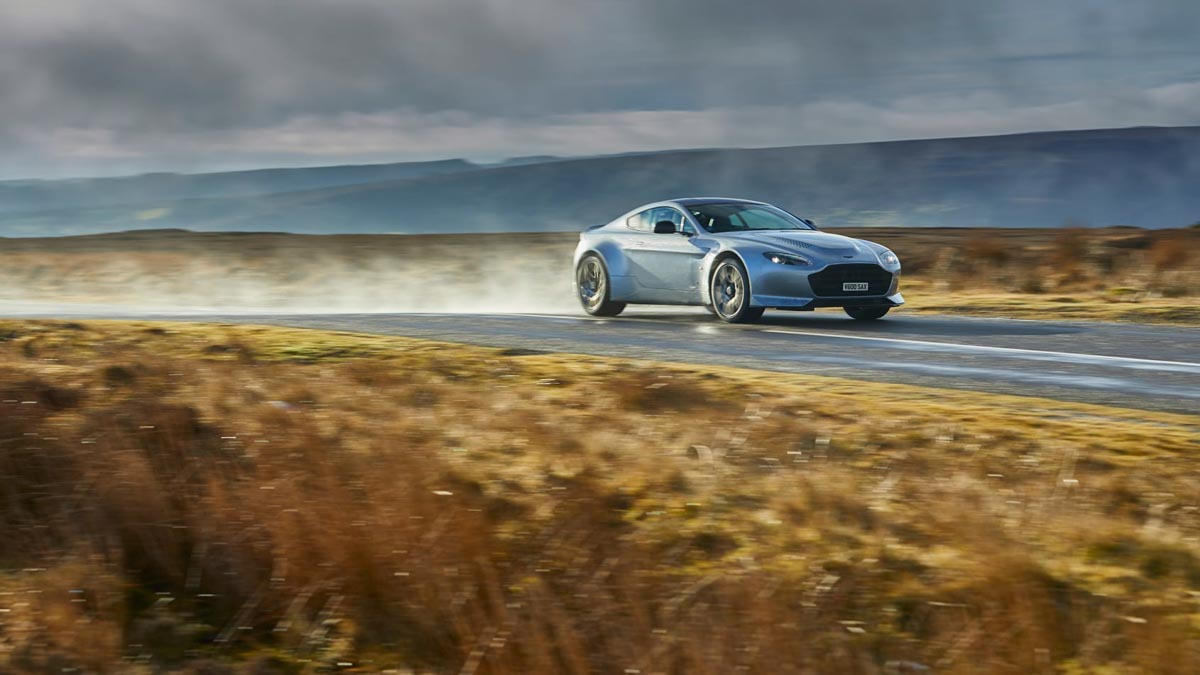 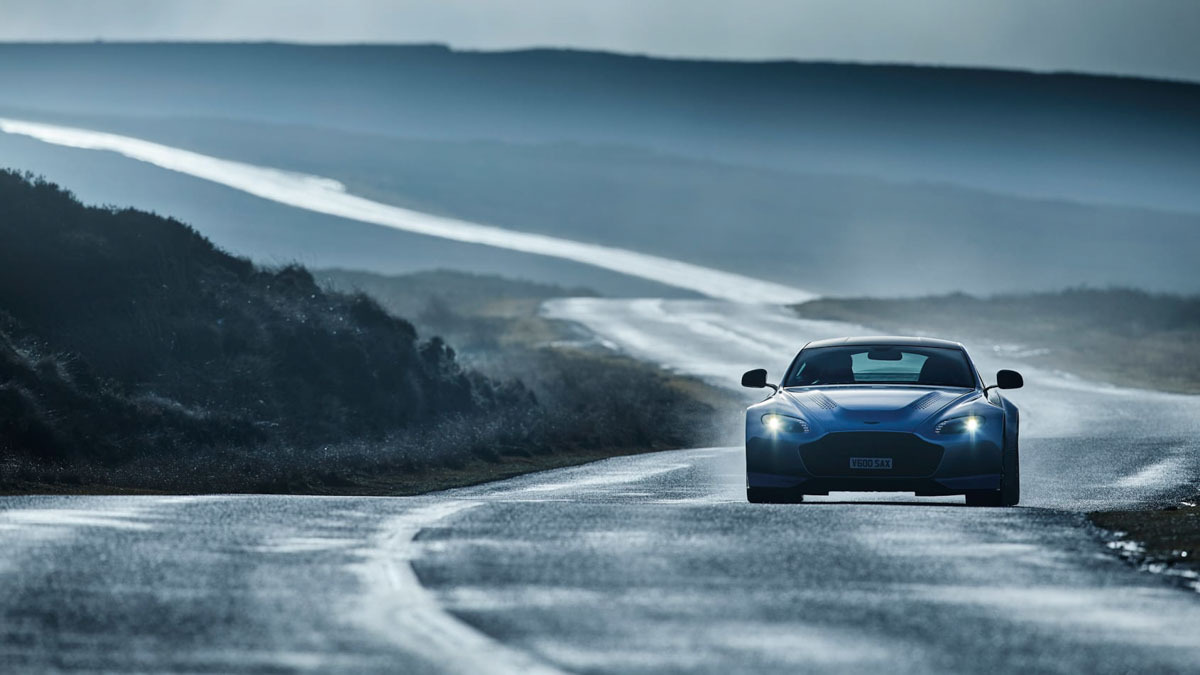 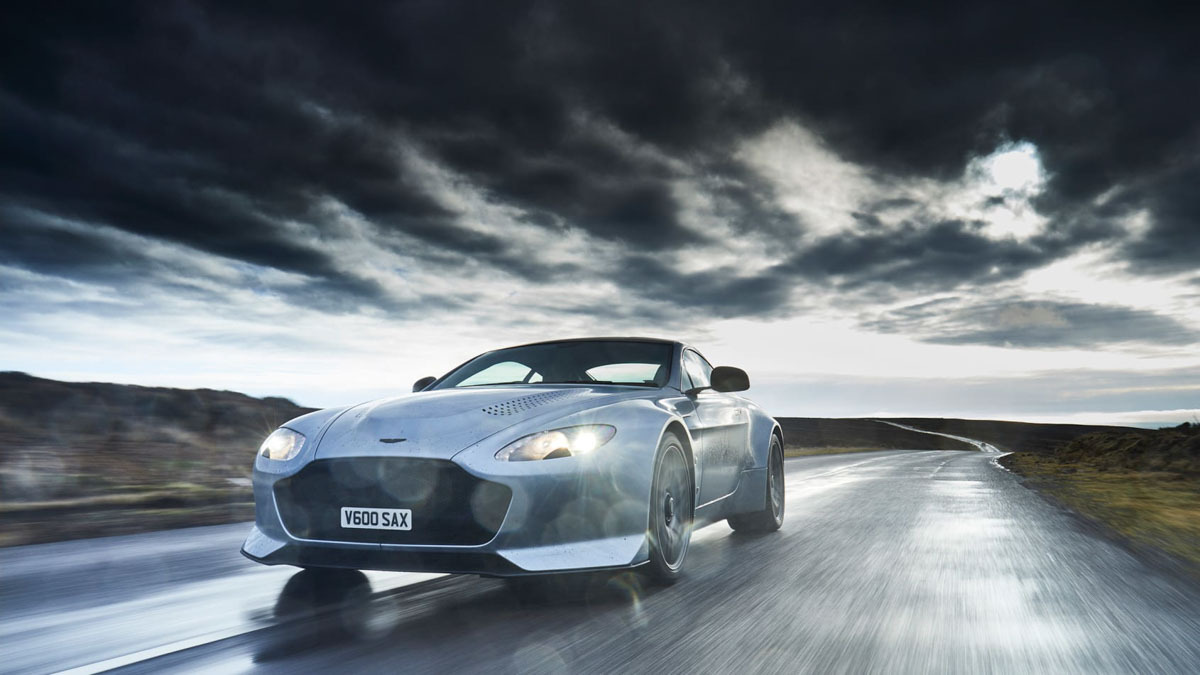 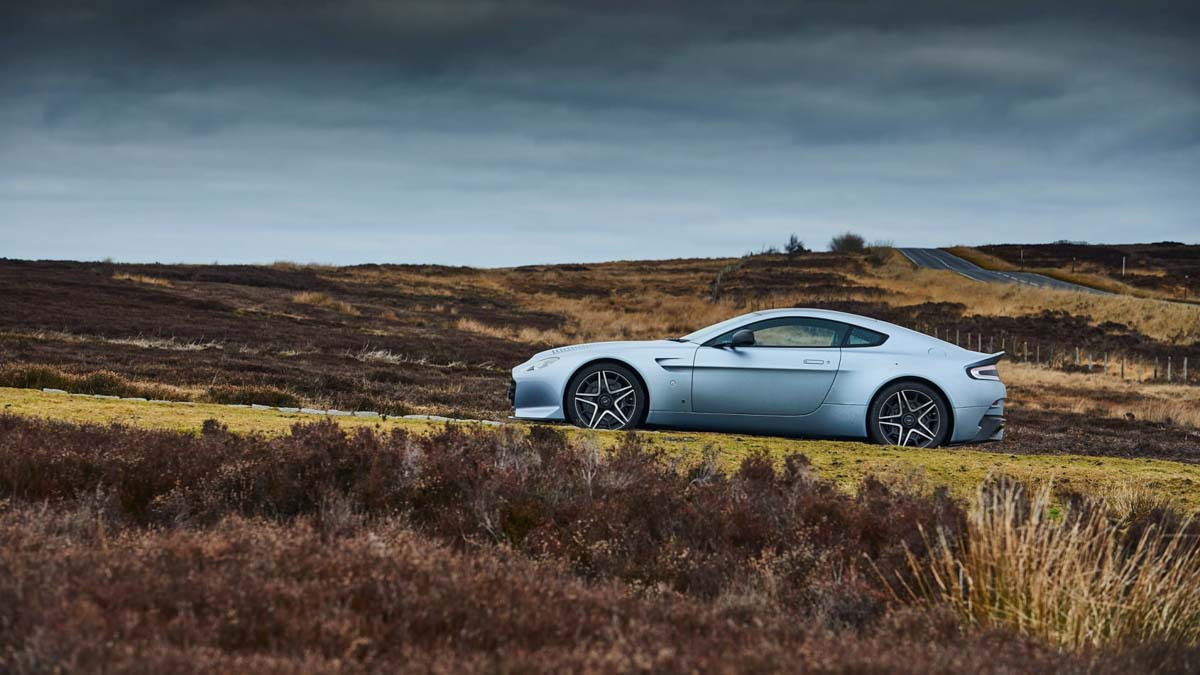 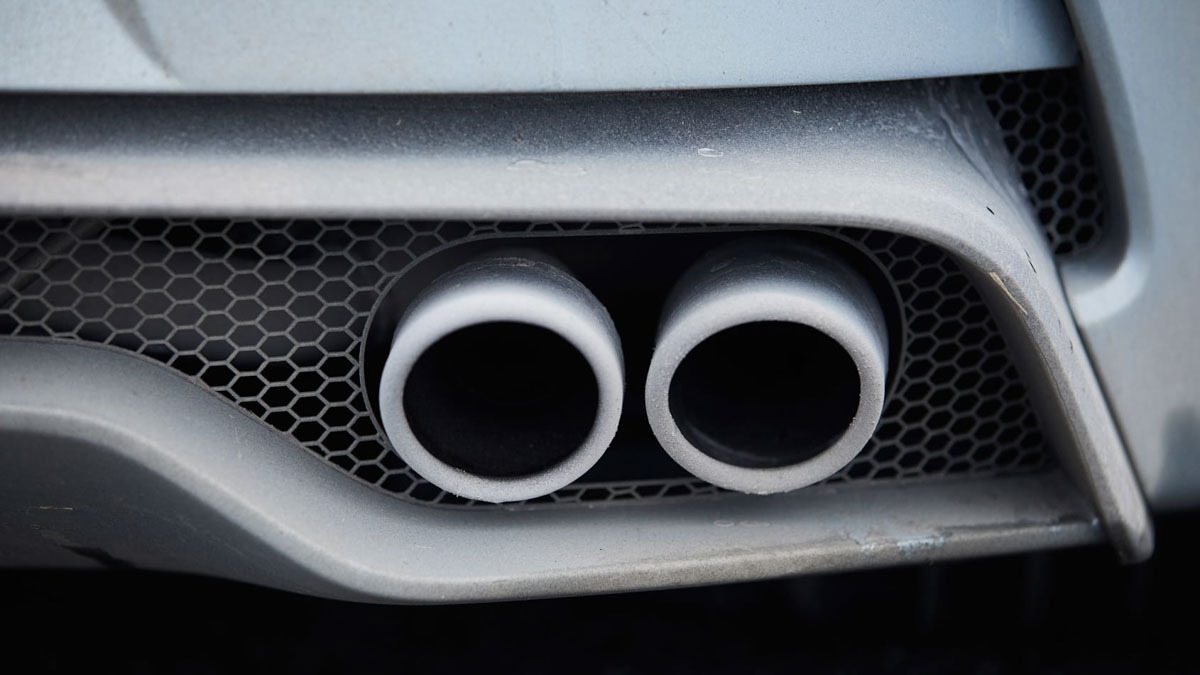 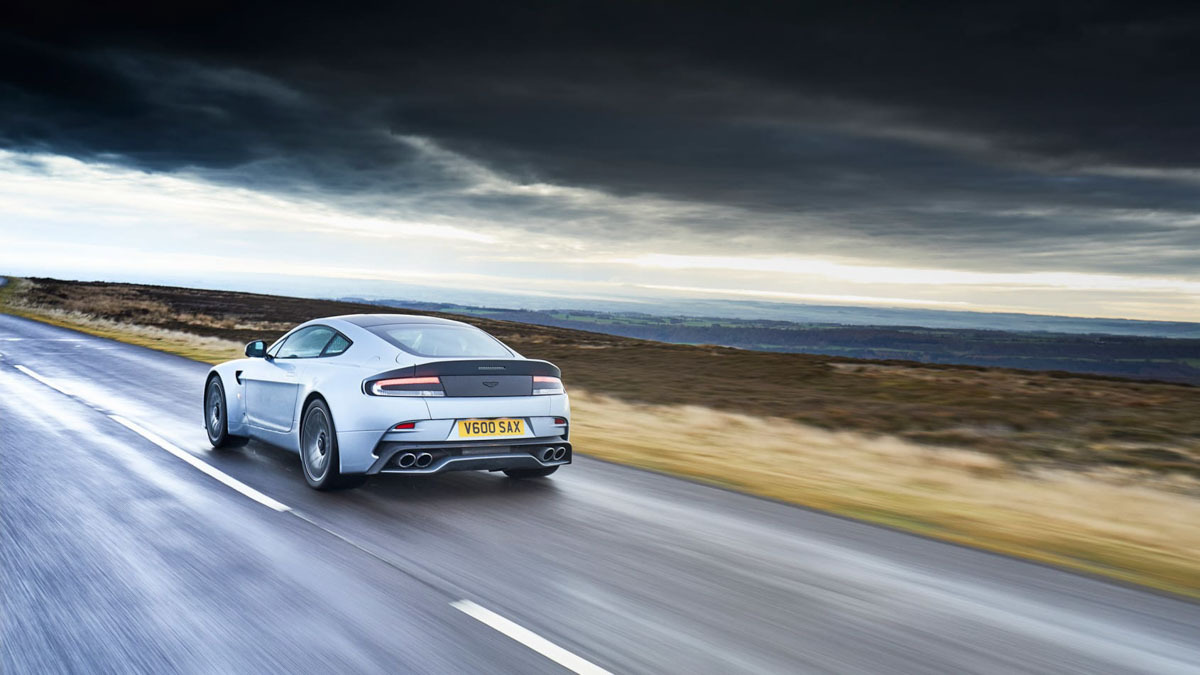 The beauty of Aston Martin’s bespoke commissions department, Q, is that it exists to indulge the company’s wealthiest and most dedicated customers. Sometimes this manifests itself in cars of, er, ‘highly personal’ taste, but sometimes it results in something truly magnificent. The V600 very definitely falls into the latter category.

Originally the dream of one individual when he described his concept in detail Aston liked it so much it proposed a very limited run of seven cars. Our friend agreed, then went a step further by suggesting Q build seven roadster versions as well.

A man of diverse yet focused tastes, the original customer was very much inspired by Porsche’s 991-generation 911 R. So, the car had to be manual and discreet. Or at least shorn of aerodynamic clutter. It also had to get back to basics in terms of the driving experience, with more feel and a reliance on skill to get the best from it, while delivering enjoyment without the need to be driven to its limits. Apply the 911 R philosophy to Aston’s most extreme Vantage to date and what you get is a manual and wingless Vantage GT12. Another product of Aston’s skunkworks, the GT12 was very much conceived to be a road-going V12 Vantage GT3; something it very much accomplished stylistically, but fell short of on track.

Ironically, the GT12 chassis actually worked very well on the road, so the V600 carries its three-stage adaptive damping over without change. The one thing beyond question in the GT12 was the fabulousness of its V12 motor, which was blessed with more snort and a freer-breathing induction and exhaust system. The paddleshift transmission wasn’t great, but as we’ve mentioned, that would be switched for Aston’s seven-speed manual, and the excellent carbon brakes would also remain unchanged.

So the V600 shares many of the GT12’s major components, but its mission is to be a tonic for those who wish to remove themselves from the merry-go-round of cars that relentlessly pursue performance and lap times at the expense of enjoyment and road relevance. A driver’s car in the truest sense of the word.

It looks the part, too. I suspect it’s a source of frustration within the design team at Aston that the ‘old’ Vantage refuses to look dated. Indeed it only seems to look better. Stripping it of the GT12’s wings and other extreme aero addenda focuses your eye back to the intrinsic rightness of the shape and its proportions, while the extra muscle provided by the GT12’s 50mm wider track optimises the sculpted physique and boosts its road presence without looking exaggerated. Satisfyingly, for those of us with a life-long crush for Aston’s big bruisers of the past, it exudes power without resorting to cheap visual tricks or overwrought detailing.

That said, there are still plenty of touches that set it apart and please your inner geek. The hole-punched bonnet perforations are a flourish taken from the DB10 Bond car, while the rippling hexagonal grille appears to dance before your eyes. A particular favourite of mine is the vent in the front wings, which brilliantly fuses the side strake from the regular Vantage and incorporates a version of the scalloped vent first seen on the new Vantage.

Things get busier at the rear, your gaze flitting from the diffuser to the quad exhausts and exposed carbonfibre tailgate, but take a step back – or better still, follow in another car – and the V600’s broader haunches look sensational. The centre-lock wheels are unique to the V600. The set fitted to this example are further personalised with diamond-turned rims and spokes. They are shod with Michelin Pilot Super Sports. Not ideal for wintry ambient temperatures and wet roads that duck and dive across the North York Moors, but the multi-stage ESC should look after us.

Climbing behind the wheel is a little like coming home, such is the familiarity and rightness of the cockpit. I’ve always loved the compactness of this generation of Vantage, and it’s a quality that only feels more special as cars become bigger and wider. The simple confidence of the interior has been embellished with satin carbon, plus leather trim dotted with decorative broguing to match the bonnet perforations, but the ambience remains impressive, yet understated.

There’s always something wonderful about pushing the starter in a special series Aston, and the V600 is no exception. The 5.9-litre V12 awakens with a growl before settling to a steady, pulsing idle. It doesn’t yelp to throttle inputs like a Ferrari does, but it’s sharp as a tack and another great advert for natural aspiration.

Hmm, the seven-speed manual transmission. Famously given a dog-leg first gear, it has nostalgic appeal, but I’ve never been a great fan of the shift pattern, largely because the double-H pattern feels like it’s ever so slightly skewed. With first not being in the usual place it all means you have to think your way around the ’box, but the shift quality itself is pleasingly slick, with a nice weight to the throw.

I’m not sure this was the intention, but with 461lb ft of torque I soon learn to avoid first and pull away in second, effectively turning the ’box into a conventional six-speed. I’m really not a fan of the flat-shift function – which allows you to keep the throttle pinned during upshifts – as it just feels wrong, but I do quickly fall into the habit of heel-and-toe downshifts, needed or not, just to hear the 592bhp engine sing and then pop and crackle. It’s a magnificent sound.

The moorland roads are amongst the most testing you’ll find in the region. They cascade across the terrain, fast and free-flowing, but are peppered with crests, compressions and tricky knots of corners to trip you up. The V600 is very much in its element, thanks to damping that inhales into the dips and exhales over the bumps, but also because it communicates so well via the steering and seat squab. Speaking of which, the seat of my pants is telling me I need to be cautious on the throttle until the surface begins to dry. The fat rear tyres do their best to put the power down, and the electronics strike a fine balance between grip and slip, but when the V12 gets on top of a gear – be it second, third or fourth – the tail squirms in protest. When you have this much performance at the command of your right foot, respect is most definitely due.

Once you understand the V600’s behaviour and trust in its balance and responses, this surfeit of grunt over grip is a fabulous feeling, but one increasingly forgotten by drivers weaned on truly state-of-the-art supercars. What do I mean? In a nutshell it’s about deriving as much pleasure from what you know is in reserve as you’d get from wringing the neck of a different near-600bhp car that allows you to attack every road like it’s a racetrack. That’s not where the sustainable fun is. At least not for me.

Don’t get me wrong, the V600 has monstrous through-the-gears performance. Especially once the tarmac has dried and the tyres have woken up. The way it punches down the road and devours the gears makes your mouth go a bit dry. But when you don’t want to wring its neck the V600 also has reach; the wondrous ability to hold an intermediate gear – let’s say fourth, or maybe even fifth – and simply flex its muscle. The sensation is like hooking the horizon with a bungee cord.

We can’t discuss the V600 without touching on the price, which is $1.5million. Or $1.76million in roadster form. It’s a crazy sum of money, especially for a car that looks much like any other Vantage. For mere mortals, and most likely many very wealthy individuals, even this being one of the rarest Aston Martins ever cannot justify the price tag. In this respect it really is a money-no-object machine, but therein lies its appeal. It’s madness, but if you have the vision for such a car, the burning desire to build it and the prodigious means to make it real, then I for one salute you.

Part-nostalgic, part-purist and very definitely all-consuming, the Vantage V600 is a complete indulgence and a wonderful anachronism. In an age where turbocharging and paddleshift transmissions are the norm, hybridisation the next step and EV looming large on the horizon, the appeal of a large-capacity naturally aspirated V12 engine mated to a manual gearbox and squeezed into a small two-seater body has never been greater. And few cars provide a more eloquent epitaph for the things we love about cars than the V600.