Alongside a new video previewing its sound, the marque has revealed specs for the Valkyrie’s V12 power plant

Following a short clip previewing the sound of the Valkyrie’s engine last month, the marque has now revealed specs for the 6.5-litre V12 that Aston Martin developed in conjunction with Cosworth. With a staggering 11,100rpm redline and power output of 1000bhp, the engine will be the most powerful naturally aspirated road car unit ever produced.

But the Valkyrie is far from nostalgic – it’s been conceived by Aston Martin and Red Bull Racing and will borrow cutting-edge F1 tech; the engine, despite already being phenomenally powerful, will by augmented by a KERS-like electric boost. It’ll need all the F1 influence possible, because the car will go head-to-head with the Mercedes-AMG Project One – with its full F1 turbocharged V6 – when it’s finally released. Only 99 Aston Martin Valkyries will be built, with 24 track-only editions set to follow soon after. The price for the road-going Valkyrie will be somewhere between $2.5m and $3.8m.

The most recent batch of images released of the Aston Martin hypercar showed it in near-finished form with production-ready lighting and a full interior. Throughout the design process, Adrian Newey, chief technical officer at Red Bull Racing, continuously honed the Valkyrie’s aerodynamics which were subsequently translated into the Valkyrie’s overall design by Marek Reichman’s (vice president and chief creative officer at Aston Martin) team. 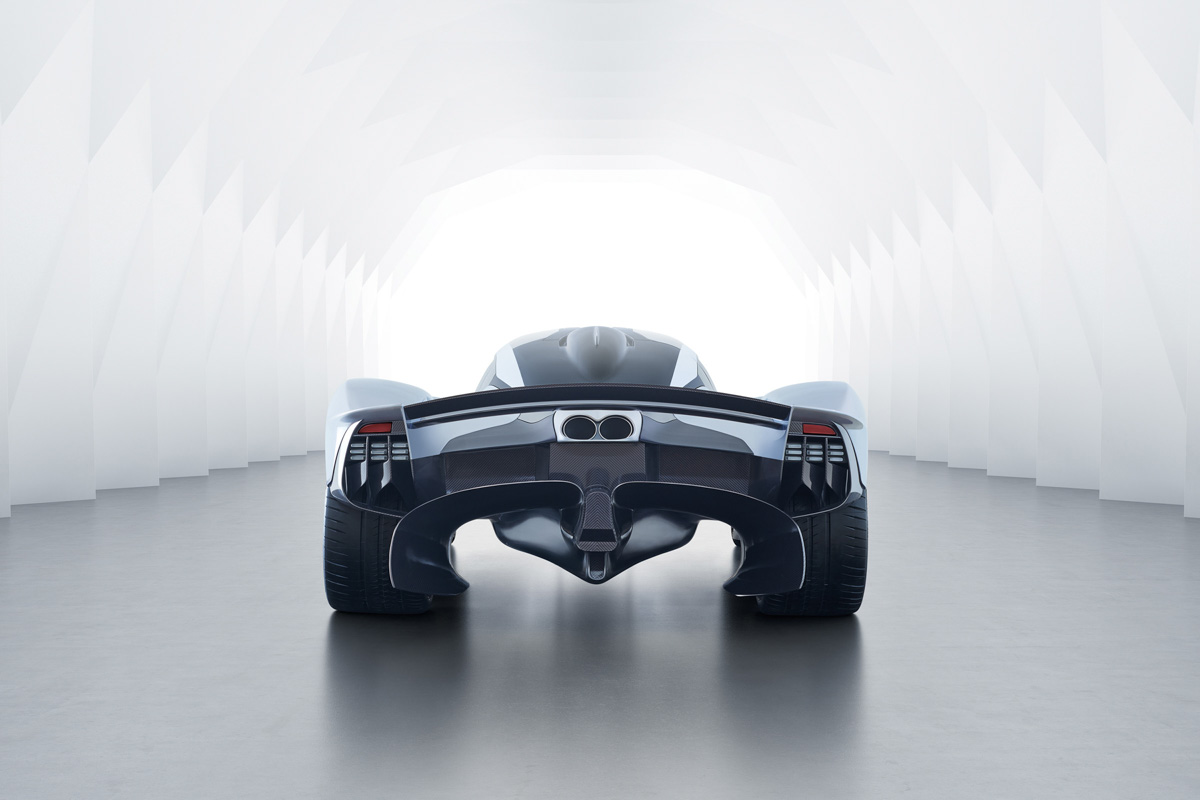 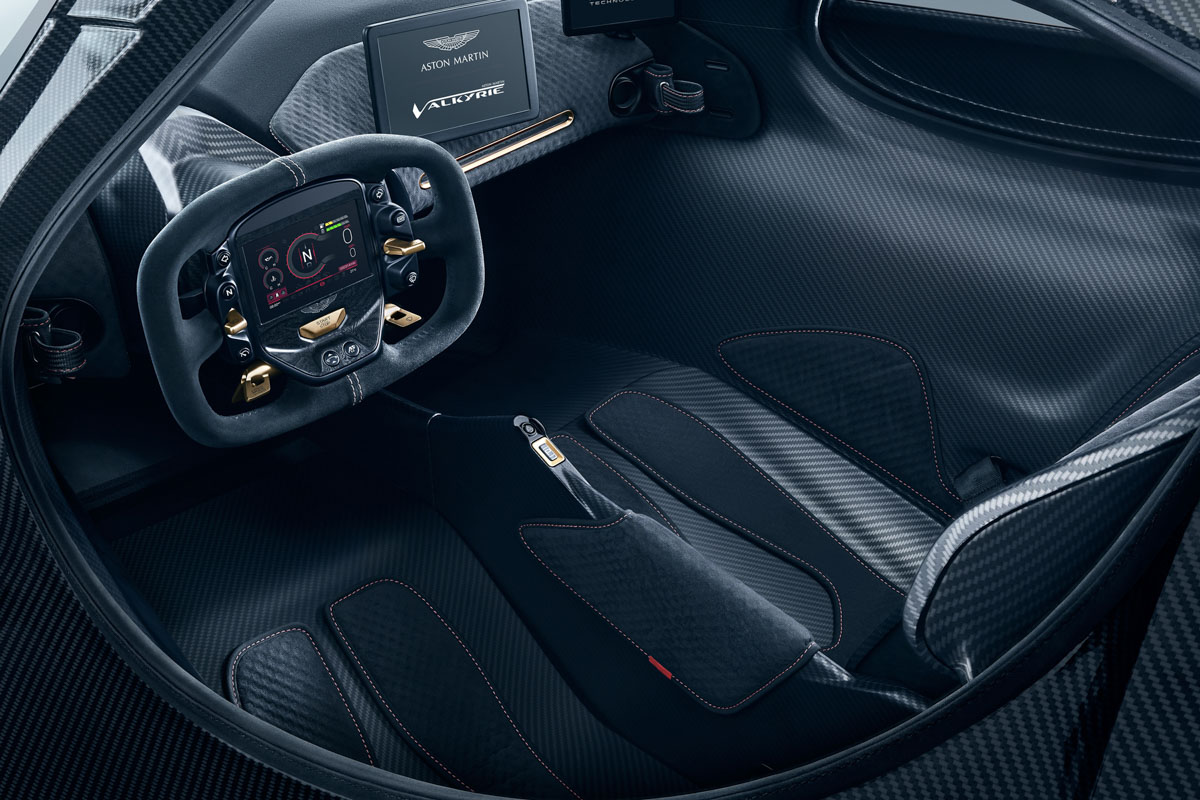 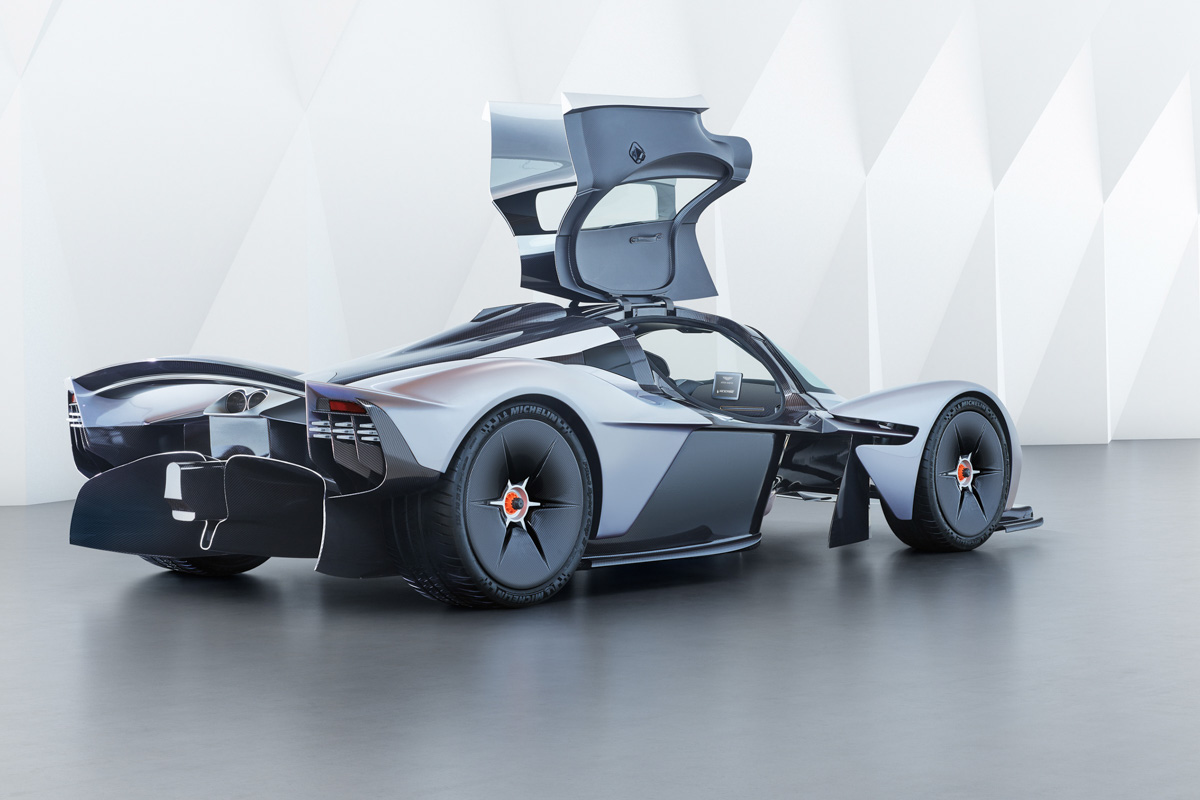 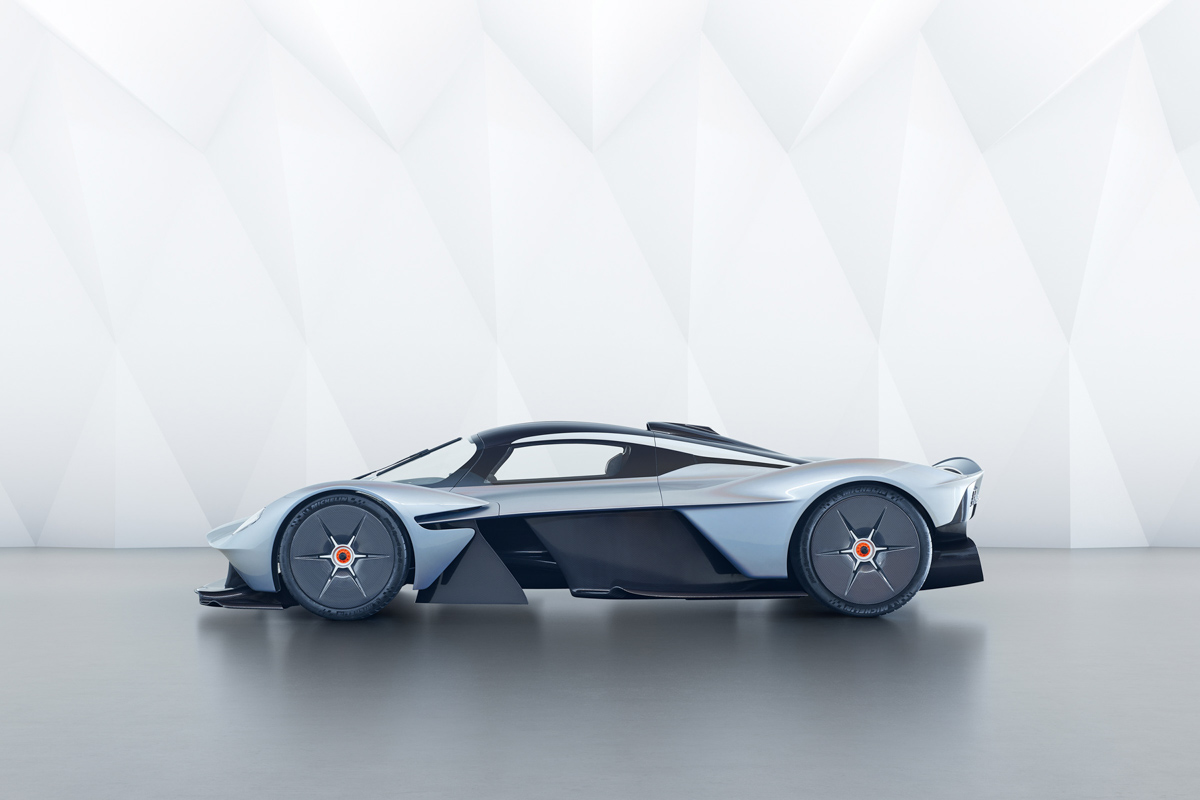