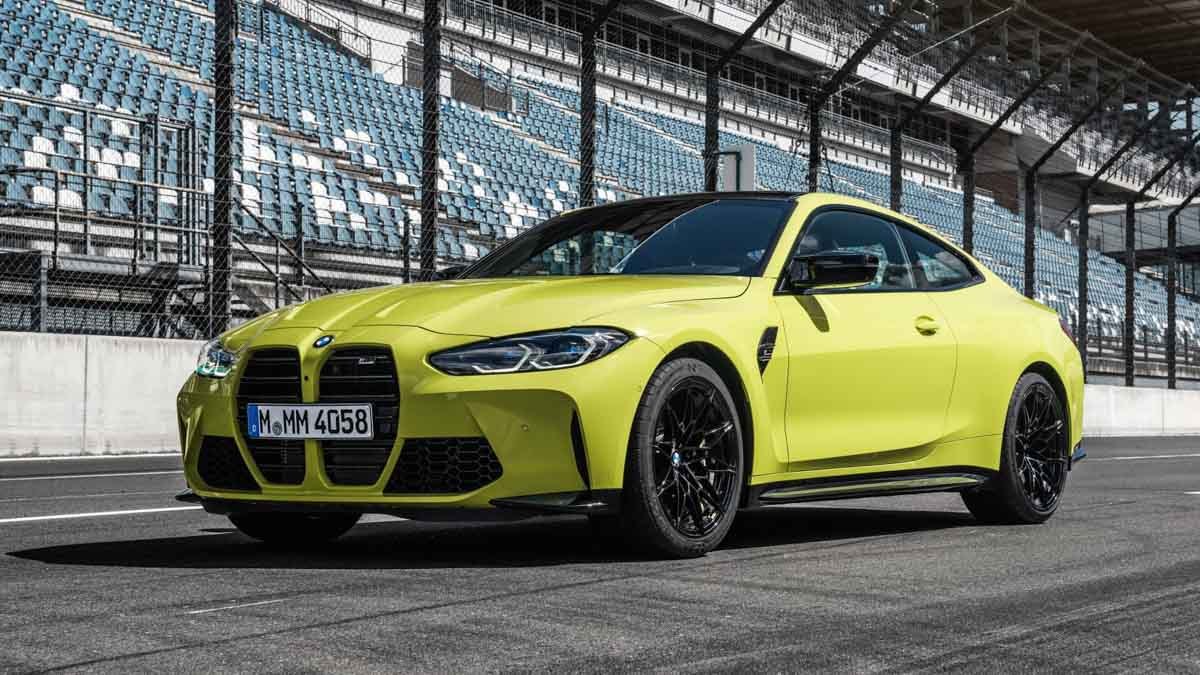 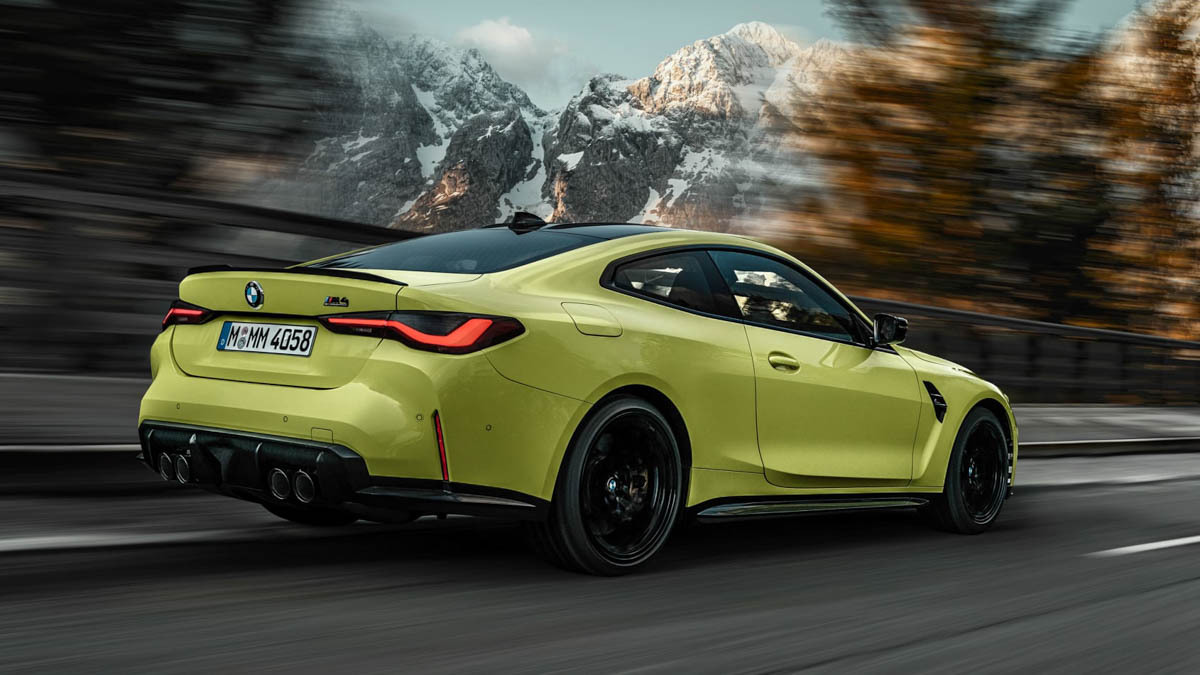 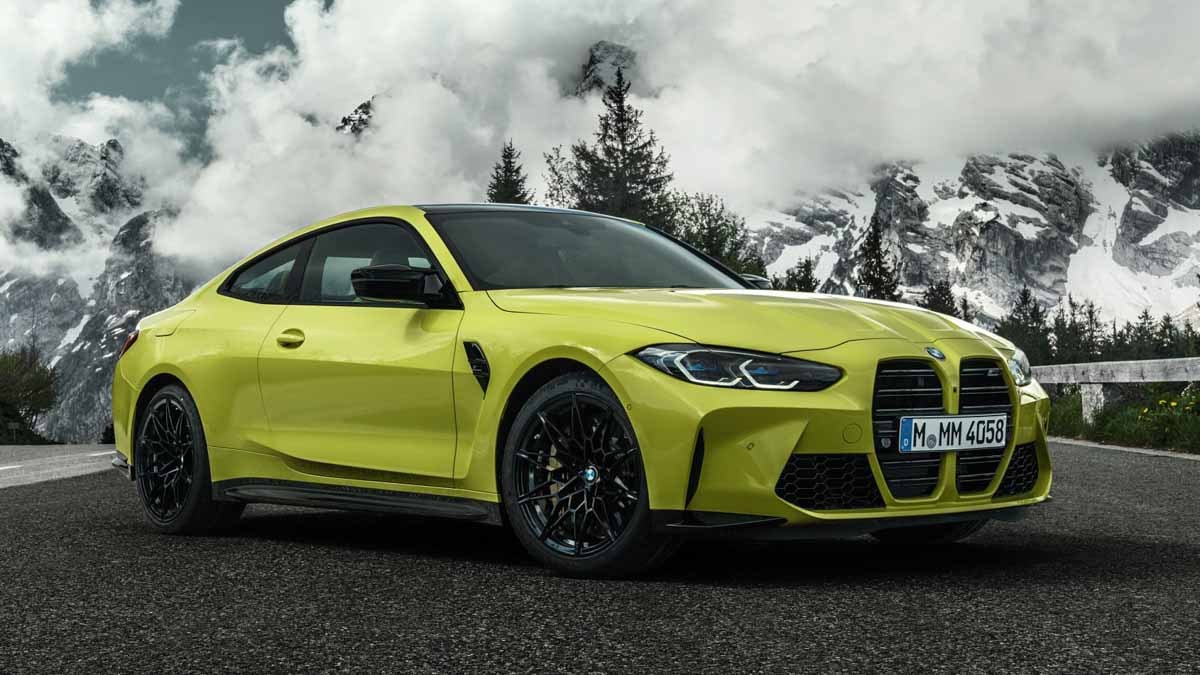 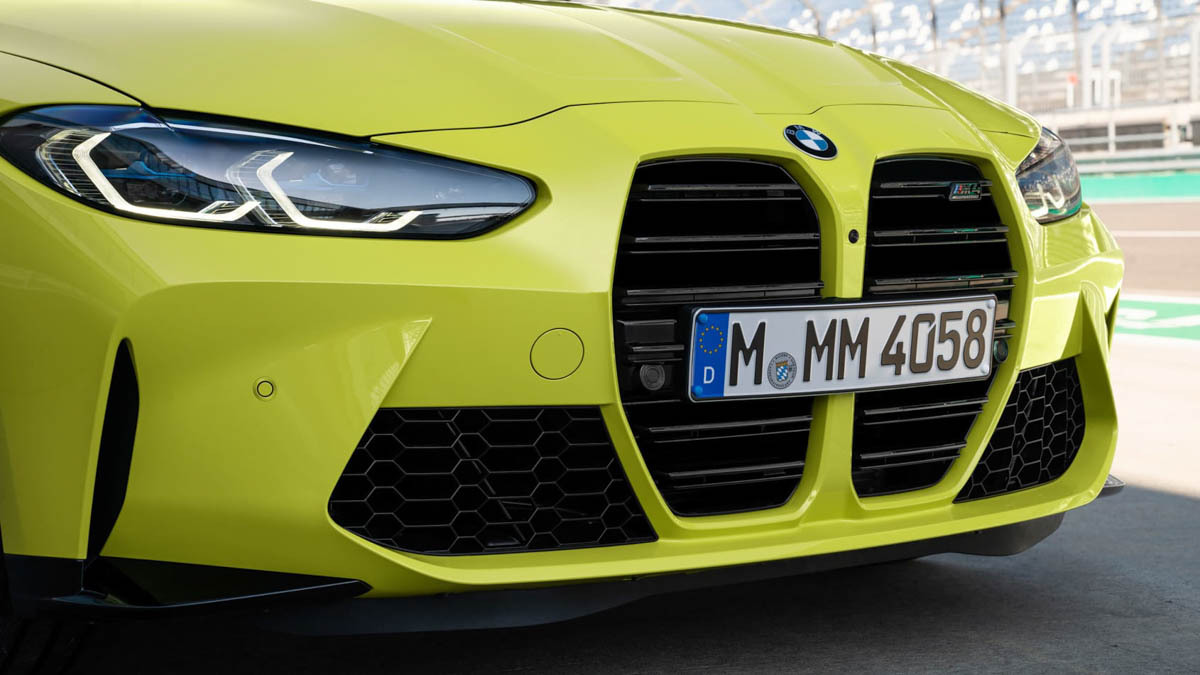 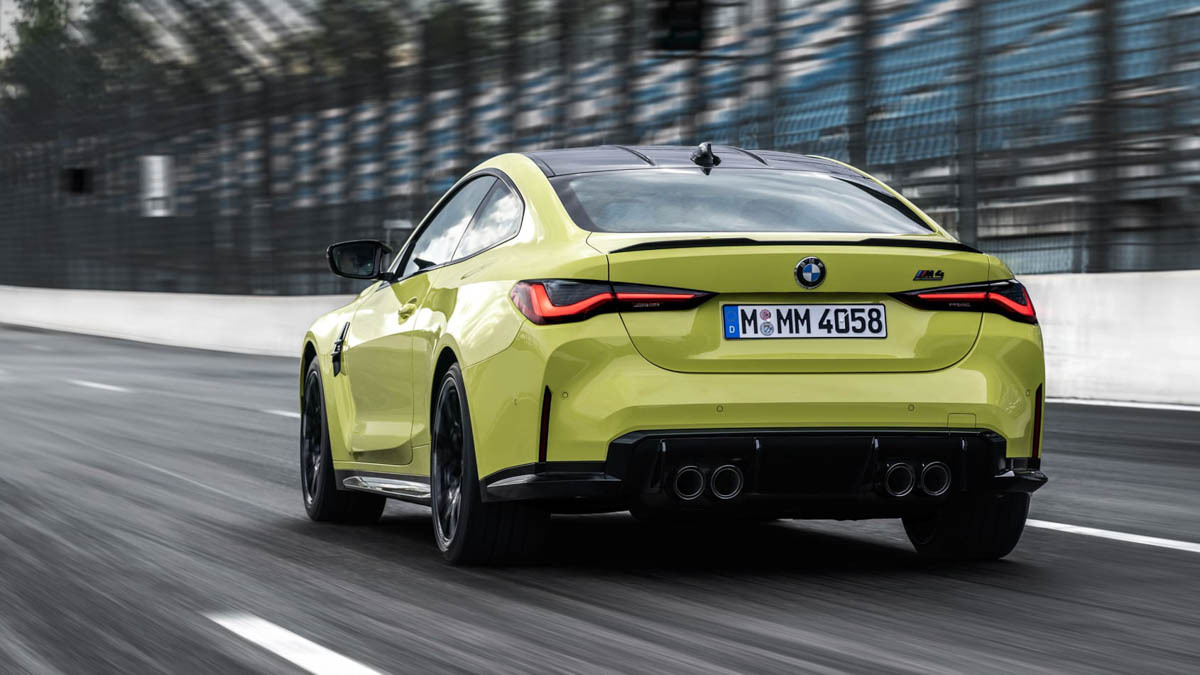 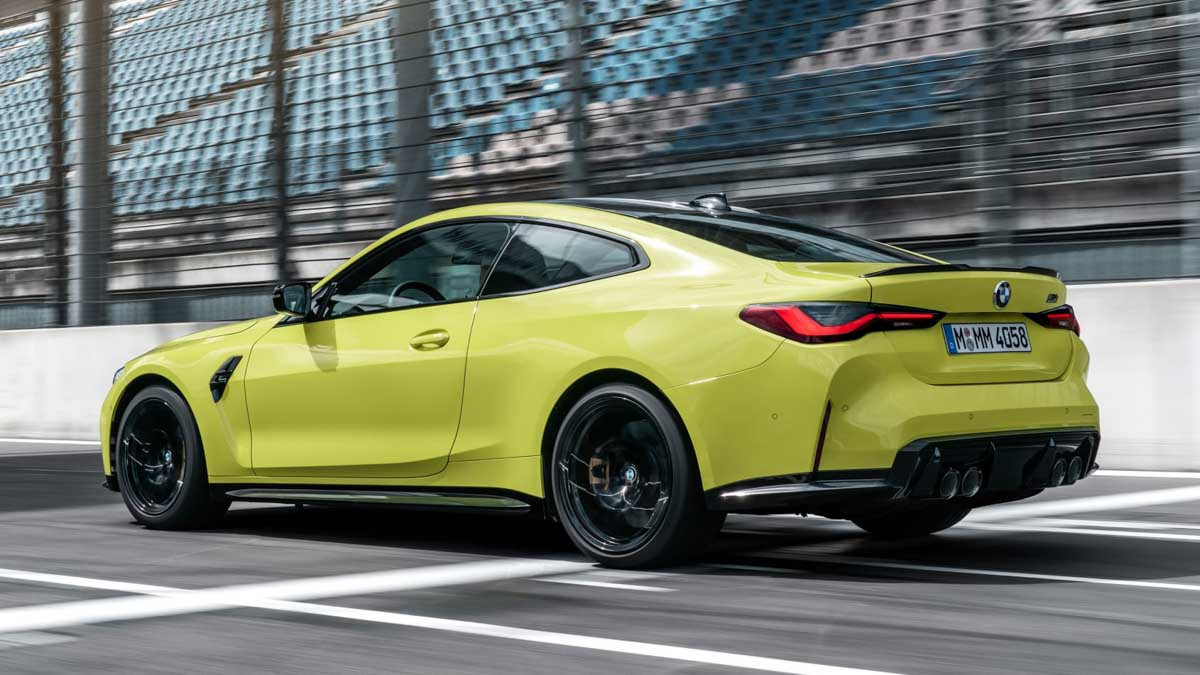 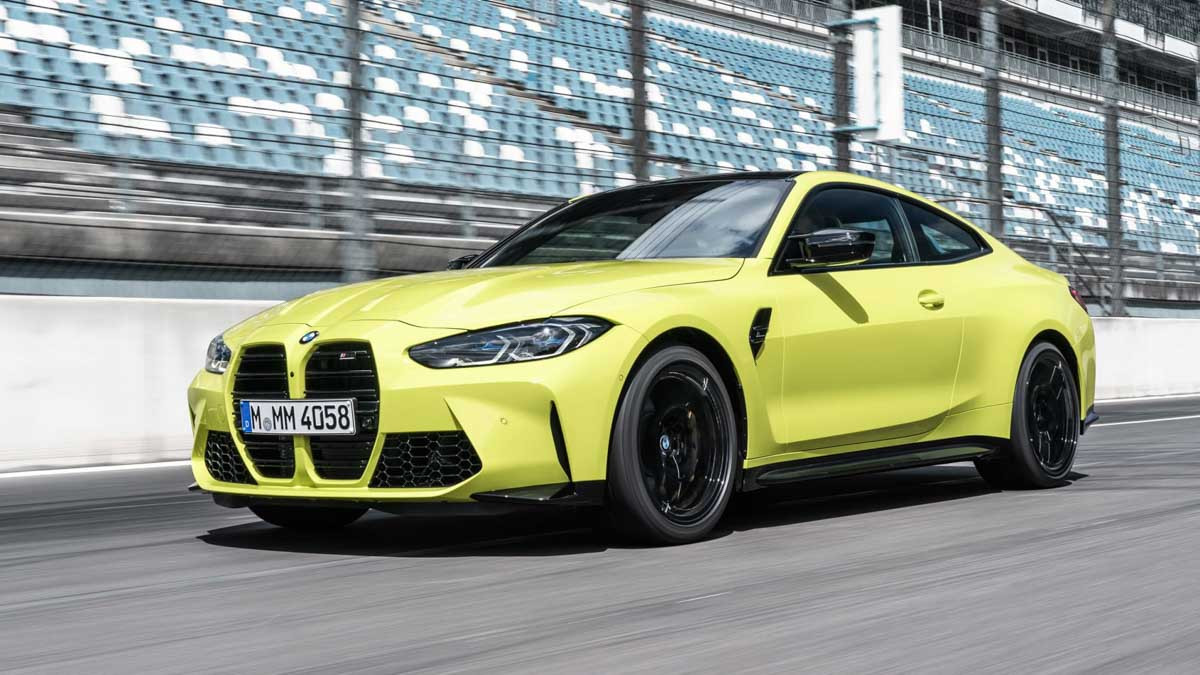 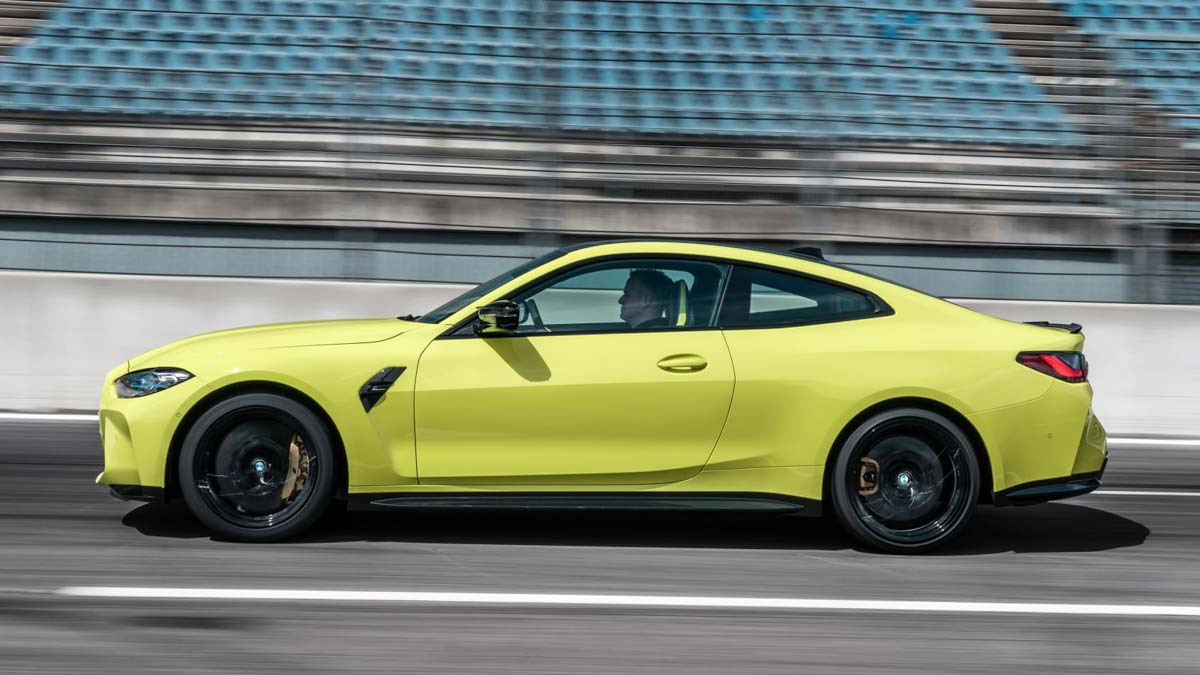 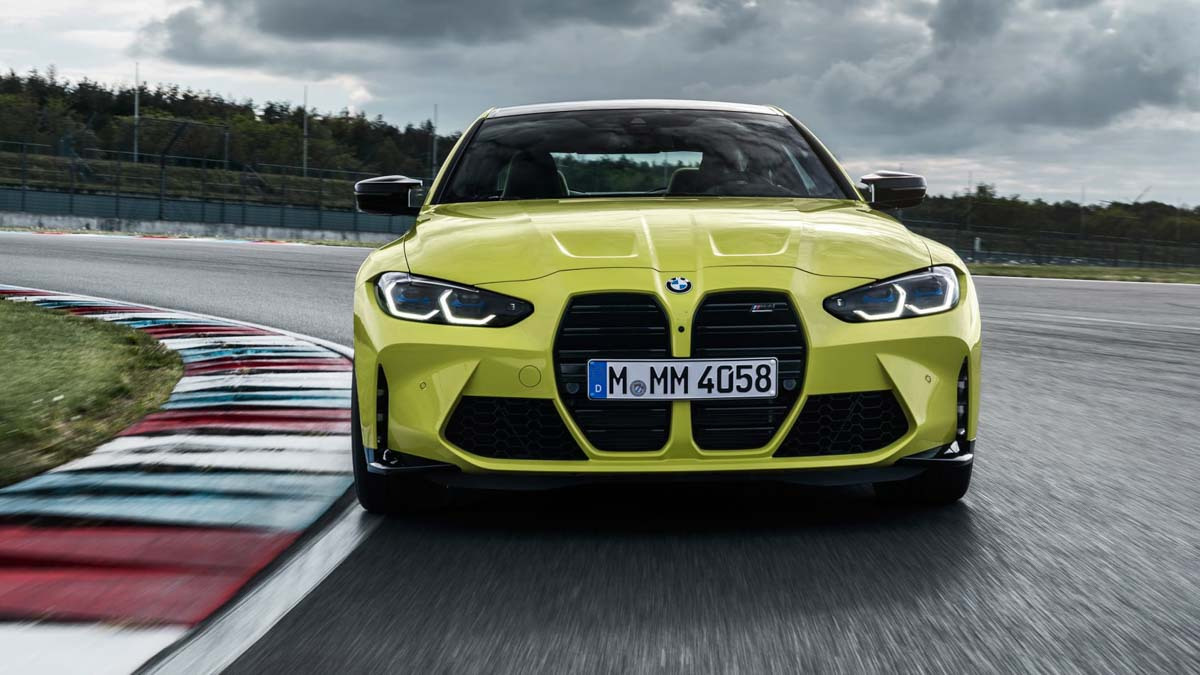 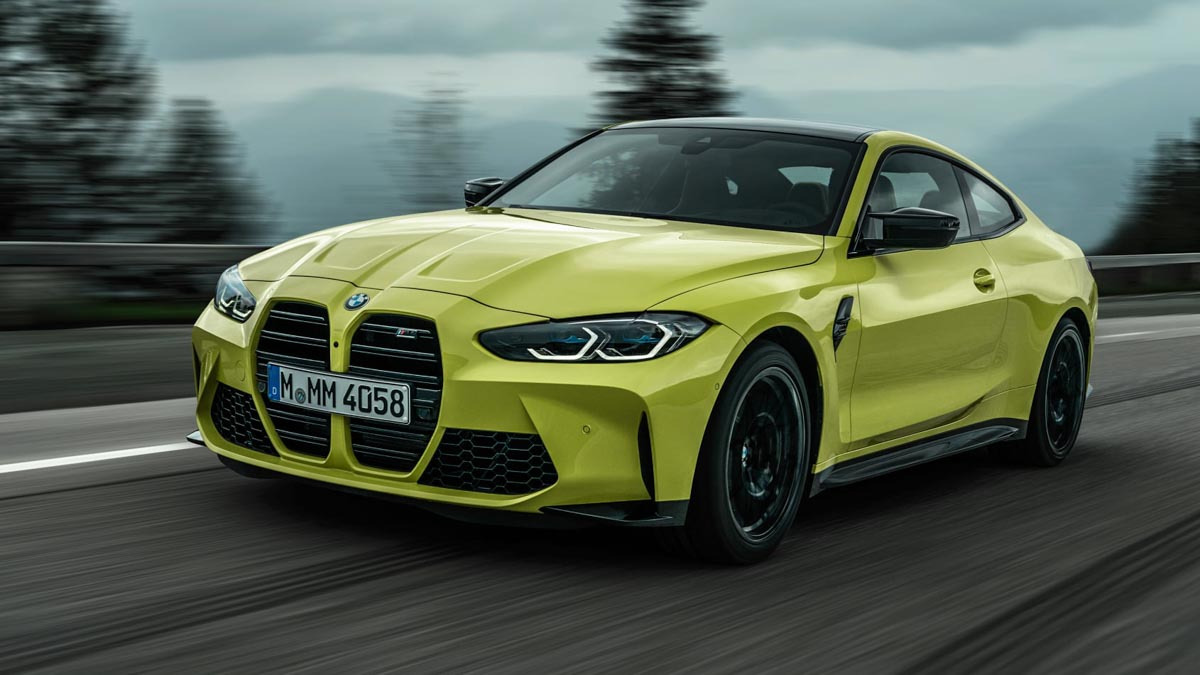 BMW has finally revealed the long-awaited M3 and M4 Competitions, two models that will represent only the beginning of a new family of M3 and M4 models that BMW promises will widen the remit of its mid-sized performance cars further than ever. We’ll eventually see an M4 Cabriolet, and even a new M3 Touring for the first time, but for now the range starts here, with the M3 saloon and M4 coupe.

With a new platform, engine, transmission and that distinctive look, the new BMW M4 promises to be quite a different car from the one we’ve known over the past 32 years, but one that must still appeal on the metrics one expects of a full-fat BMW M car. 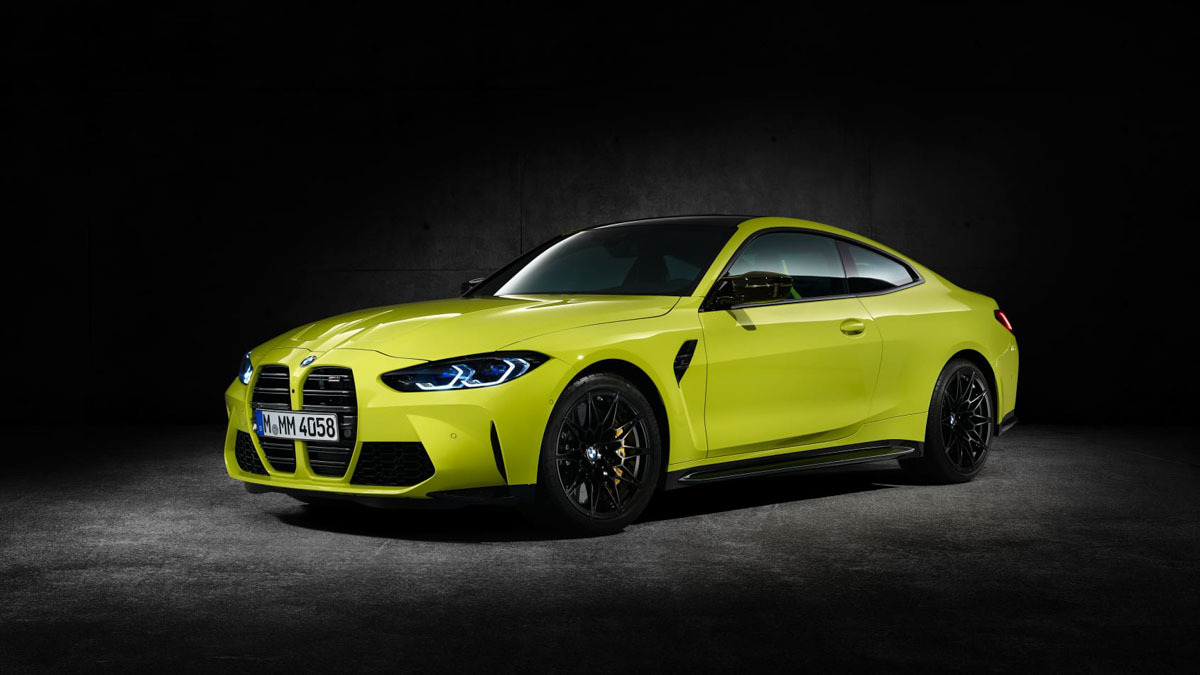 Producing 503bhp which is up 59bhp on the previous F82 model. While we have already seen the closed-deck twin-turbocharged straight-six ‘S58’ engine in the BMW X3 M, it has picked up a few detail changes for the M4 including a new forged crankshaft that improves engine responsiveness and a redesigned sump more suited to on-track driving.

Peak torque is rated at 480lb ft, and together with the power boost, gives the M4 Competition a 0-100kph time of 3.9sec, which is only a 0.1sec drop compared to its predecessor. This relatively subtle gain in performance is caused by the new M4 Competition’s extra inherited mass, the car hitting the scales a substantial 140kg heavier than the old M4 at 1725kg.

The major compromise of BMW only offering the Competition model in the available transmissions, as only the non-Competition M4 will have the option of a six-speed manual gearbox. BMW says this is due to the transmission already being at the limit of its capability with the standard engine, the Competition’s extra power and torque require further redevelopment of the transmission to cope. Only one percent of total M3/4 sales of the previous generation were ordered with a manual transmission, which explains BMW’s hesitance to spend millions developing a manual system so few buyers will choose.

M4 Competitions will be fitted as standard with the eight-speed ZF-sourced torque converter automatic, replacing the previous seven-speed dual clutch unit. This is the same move BMW made with the current M5, and BMW’s engineers are confident the latest torque converter tech has literally zero compromise in performance or shift speed compared to the previous dual-clutch.

As with all BMW M models, the chassis layout is largely unchanged over standard cars, in this case combining a multi-link rear axle and double wishbone front. The front track has also been widened compared to the standard 4-series coupe, with stiffer and stronger suspension mounting points giving the suspension a more solid foundation to work from.

All M4 models will come with three-way adaptive dampers as standard, which together with the steering, braking, differential, engine mapping, stability and all-wheel drive systems are adjustable via the M Setup menu. As with other M models, quick-fire access to pre-programmable M1 and M2 modes are able to be selected via a pair of red steering wheel toggles.

Braking tech has also been borrowed from further up the range, with the two-way adjustable braking system that alters brake pedal feel available on an M4 for the first time. Two different brake hardware packages will also be available. There’s a standard steel setup comprising six-piston front calipers gripping 380mm discs joined by a M Carbon Ceramic setup, available as part a M Pro Package, featuring larger 400mm discs up front. For the first time on a series-production BMW M3 and M4, the wheel and tyre package is now a staggered setup with 19-inch fronts and 20-inch rears.

As is quickly becoming an industry trend, the traction and stability programs are now more finely tunable to the driver’s desire and skill level, with a ten-level sliding scale of intervention able to be selected by the driver, rather than the typical ‘on’, ‘M Dynamic’ and ‘off’ modes.

New for the M4 Competition is the optional M Pro Package which will bundle performance-oriented single options together to reduce the kerb weight by around 25kg. Included in the package will be the M Carbon Ceramic brakes mentioned above, a lighter set of staggered 19- and 20-inch wheels, the M Carbon buckets and carbonfibre interior trim, as well as a raised top speed of 290kph.

As has been a trademark of the BMW M3 and M4 ranges in the past, the both the new M3 and M4 Competitions will also introduce a vivid new collection of colours inspired by liveries of past models. While the front grille is certainly a divisive element, the M4’s broader stance, bigger wheels and cleaner front design make it a more resolved design than the 4-series on which it is based.

The interior has been given an upgrade, with bold new colour option packages available alongside a new carbonfibre bucket seat option which saves a staggering 10kg per front seat in weight.

Expect a reasonable jump on the previous model’s $78k price point given the rise in performance. Rivals like the Mercedes-AMG C63 S Coupe have already long left that price-point, the top-level AMG hitting the road at over $101,000.

With more than 500bhp, optional all-wheel drive, a bigger footprint and bigger kerb weight, the M4 Competition might seem to be continually moving further away from the template set by the original homologation E30 M3, but for those who prefer their M Coupes with a little less complexity should be happy in the knowledge it won’t be the only six-cylinder coupe BMW M pays attention to in the next few years.