The sixth model in the ID family, the Roomzz concept SUV aims to make long drives a more pleasant affair 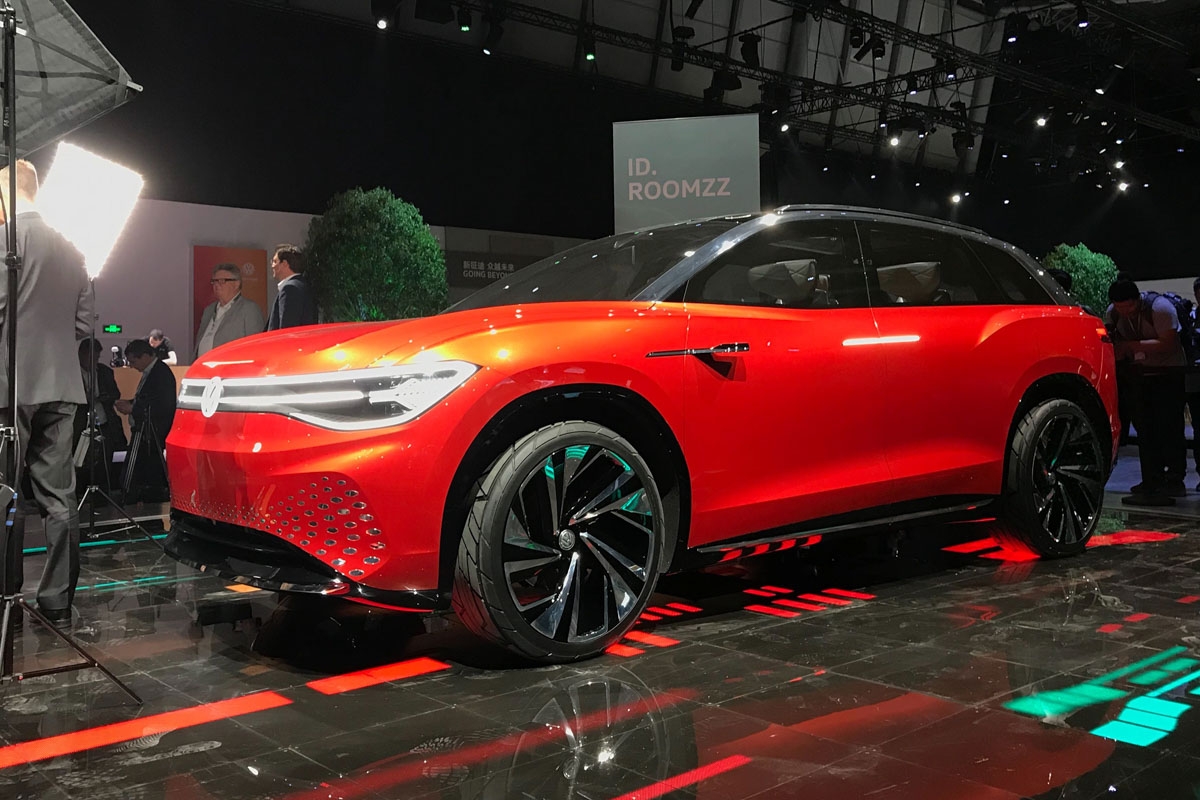 Shown at the 2019 Shanghai motor show, the all-electric SUV concept sits in a growing line-up of ID models from the Wolfsburg marque. Though some features are likely to be dropped for production, if you’re into tech, it certainly makes the electrified future seem a little less dull.

Although dimensions for the production model will likely differ, the concept is around the same size as the Audi e-tron, and features three rows of seats capable of transforming into different configurations depending on the driving mode. Cover the Volkswagen logo on the steering wheel and ‘ID Pilot’ takes full control of the vehicle, altering the configuration of the interior for more space – the steering wheel is deactivated and moved to a less invasive location. As is the way these days, the seats aren’t made from ordinary leather, but instead, apple juice – ‘AppleSkin’ is made partially from waste from apple juice production.

Based on Volkswagen’s modular electric drive matrix (MEB) platform, the car focuses heavily on the use of lighting to convey information, with ‘interactive lighting zones’ providing occupants with information regarding the assistance systems, navigation, and air quality. Outside, matrix LED headlights and nifty LED lighting systems can be seen, with the rear brake light programmable via a smartphone app, of course, and the entire rear window capable of acting as a brake light under hard braking.

The ID Roomzz is capable of the 0-100kph sprint in just 6.6sec and a limited top speed of 179kph, thanks to a four-wheel-drive system and an ‘electric ’ to distribute power ‘within fractions of a second’ between the front and rear when required. Near-50:50 weight distribution is also seen thanks to the position of the battery and motors. Electronic damping control, a multi-link rear axle, MacPherson front axle and a total output of around 300bhp also feature, alongside a quoted range of 500 kilometres which can be gathered via inductive charging, meaning pesky cables can be a thing of the past.

For a production variant, you’ll have to wait until 2021.