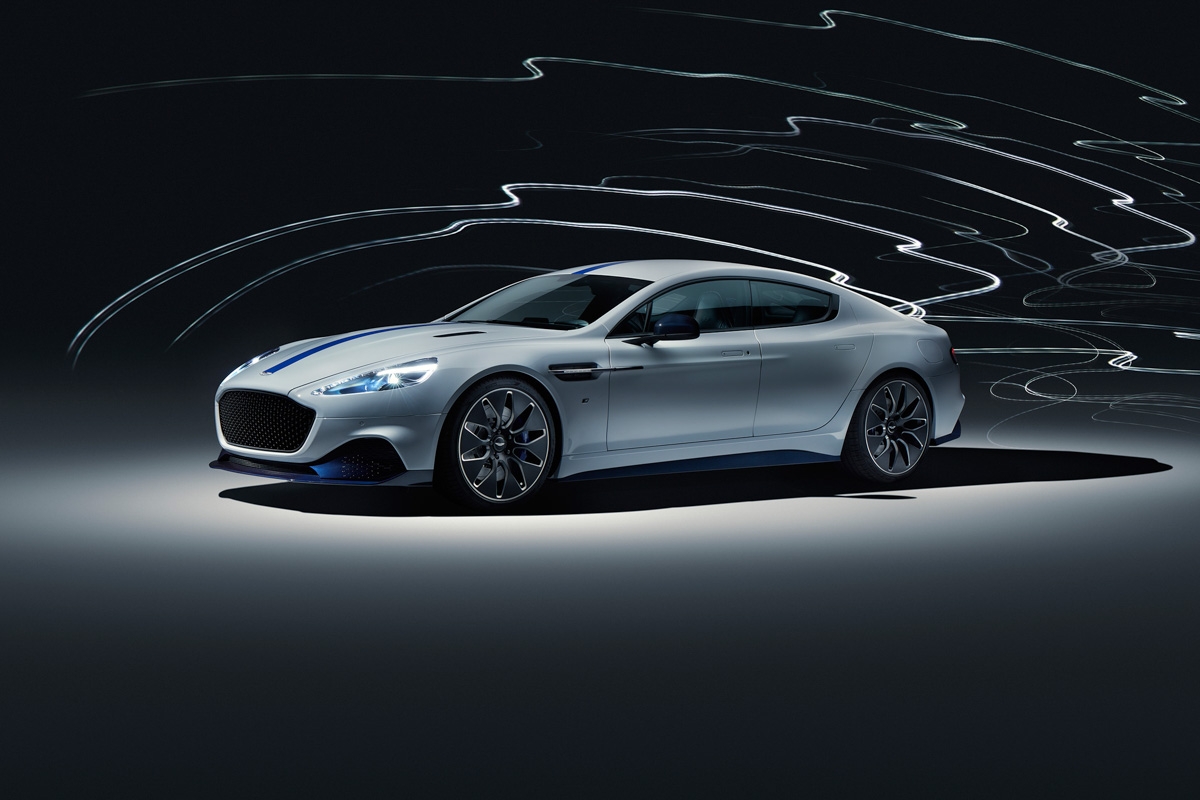 The Rapide is a relative dinosaur in the contemporary Aston Martin range, but just before it bows out, Aston has decided to use it as a test bed for future electrification. The Rapide E has been developed in conjunction with Williams Advanced Engineering, and will also be the first model manufactured in the new St Athan facility in Wales.

As its name suggests, the Rapide E is based on the petrol-powered Rapide, but in place of the 5.9-litre V12 engine, automatic transmission and fuel tank is now a 65kWh lithium ion battery pack. The battery pack is then encased in carbonfibre and kevlar, and cooled or heated to maintain ideal efficiency. That battery pack then goes on to feed two electric motors mounted on the rear axle that together produce a peak power of 601bhp, with 701lb ft of torque – both of which are available from zero rpm.

The power is then sent to the rear wheels via a limited-slip differential, which is able to send the Rapide E to 100kph in under four seconds, with 50-112kph achieved in just 1.5sec. This type of rapid acceleration is typical of high-powered electric and ironically makes this most efficient Rapide also the quickest.

The range is stated at over 322 kilometres on the new WLTP cycle, and the car is able to be recharged in as little as 40 minutes via the inbuilt 800V circuitry from 100kW charge points. More widespread 50kW chargers will still charge the batteries in around 90 minutes, if conditions are suitable, of course.

Aesthetically, the Rapide E doesn’t deviate far from the standard model, sharing some of it’s new styling features with the recent Rapide AMR. Shared elements include the front fascia and side skirts, but the lack of a rear exhaust system has allowed Aston Martin’s designers to dramatically reshape the rear diffuser and underbody, cleaning up airflow from underneath the body. Aston Martin has also fitted new forged alloy wheels, and blue-tinted carbonfibre details dotted around the exterior.

The interior has undergone more subtle changes, with the same carbon dash as found in the AMR. The classic analogue dial pack fitted to the standard Rapide has also been replaced by a new 10-inch screen to display all the relevant EV-centric information.

The Rapide E might look familiar, but it is a big step for a company which has vowed to put electrification right at the top of its product plans in the future. Despite the basic Rapide’s relative age, as an exercise in Aston Martin’s ambition towards electrification, the Rapide E is a stark statement of intent, and quite a contrast to the Rapide we first saw in concept form all the way back in 2006. Prices for the limited model are ‘on request’, with orders being taken immediately for deivery later this year, and into 2020.