Key word there: ‘experience’. Ironically 20th overall on his first ever WRC rally in 2004 with an eponymously entered Subaru Impreza remained Al Qassimi’s best result untilmid-2007. How different he assures me the life of a manufacturer driver is to that of lower division Group N: not only is the competition that much stronger, but a more technically complex rally car takes time to fully adapt to.

“The Subaru was an easy car: it’s not a complicated car like the WRC Citroen. In Group N, the cars were essentially road cars with good suspension and a few tweaks, so that made them more friendly to drive. But the setup in the WRC car is always difficult to find. Also, the competition in group N is at a different level. When you drive a WRC car, you’re putting yourself up against the best drivers in the world. There is nothing beyond that.

“When I started it was alongside Marcus Gronholm and Miko Hirvonen, and then later Jari-Matti Latvala. The pressure for me was to adapt and learn everything: I didn’t know how to setup the Focus, so I would take a lot of advice from other drivers. Today, I could not drive that car: I have to drive my own and with my own setup. That took a long time to learn.” 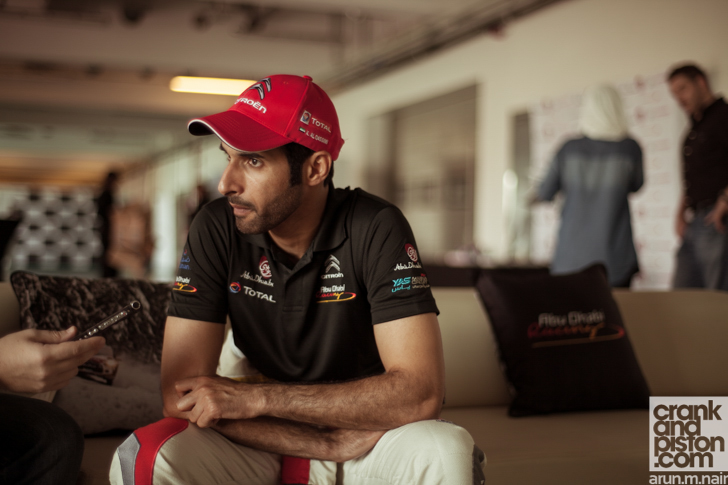 It was two years before Al Qassimi scored his first WRC points on the 2008 Rally of Ireland, an event among his most cherished alongside fifth place on the 2011 Rally Australia. Nearly ten years worth of WRC competition brings with it a lot of memories. Character building, but not necessarily all good.

“I remember a nightmare rally was in 2008, Rally GB. It was December so all the mud and all the water was frozen. In those conditions you drive the car with no power, so the car is all over the place and there’s lots of accidents. At the time I thought I might just stop the car and come back home. It’s not fun to drive in those conditions, especially when you don’t have the right setup.

“The worst one though was in Dubai, December 2003. I had a very big accident at 170kph. We [Al Qassimi and co-driver Khaled Al-Kendi in a Mitsubishi Evo VI] hit a small sand bank and the car flipped. They took us by helicopter to the hospital and it turned out I’d fractured my D12 vertebrae. That took quite some time to heal. I’ve also had problems with my knee and my hip, and had to have two surgeries to sort them.” 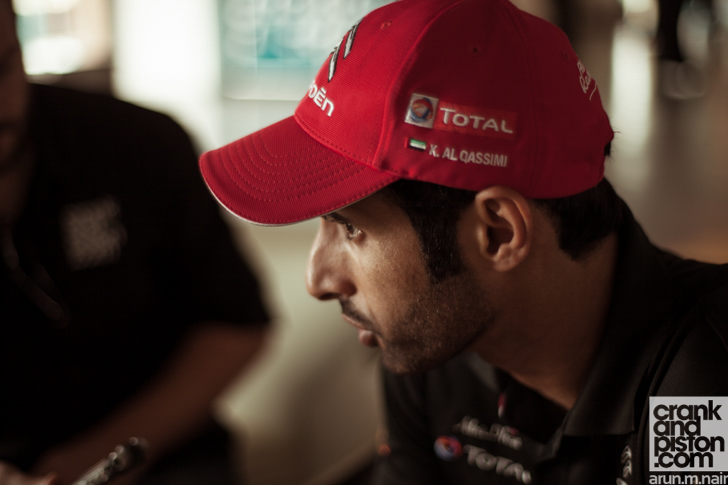 Injuries aplenty, plus on-going business commitments – not least of which was getting new company Abu Dhabi Racing off the ground – led to a sabbatical in 2012. His commitments to the FIA Middle East Rally Championship remained strong though. Indeed, Al Qassimi’s championship success in 2004 remains the last time an Emirati won MERC, Qatar having dominated the event hitherto with Misfer Al-Marri (2010 champion) and former Dakar Rally winner Nasser Al Attiayah (nine-time winner in ’03, ‘05-‘09, ‘11-‘13). Given the record by countryman and 14-time FIA Middle East Champion Mohammed bin Sulayem on the event during the 1980s/1990s, it’s no surprise that as well as putting in a good showing during his four-five round WRC campaign in 2014, Khalid Al Qassimi is keen to regain his FIA Middle East Rally Championship.

“It’s difficult when you’re not doing the full series because you’re off then on again,” Al Qassimi explains. “If I can reach the top ten in the WRC then for me that’s a fantastic goal. Don’t forget, next year we will have more manufacturers – Hyundai, Citroen, VW, Ford – so there will be more cars and more committed drivers. If I can battle with them and get a good result, then that will be good for us. We’re hoping for the best on the Dubai International Rally too, and hopefully everything will play in our favour this time.”

Whether the UAE will be celebrating a local winner on next year’s Dubai International Rally remains to be seen. That the flag will be well-represented on the World Rally Championship is a certainty. For the Middle East, a local lad on the world stage in a frontline rally car really will be the right setup.