With the new Porsche 991 GT3 due to arrive with us soon, we’ve raided the archives and found this story from back in 2007, when we spent the day with two of the then-new 997 GT3 RSs. 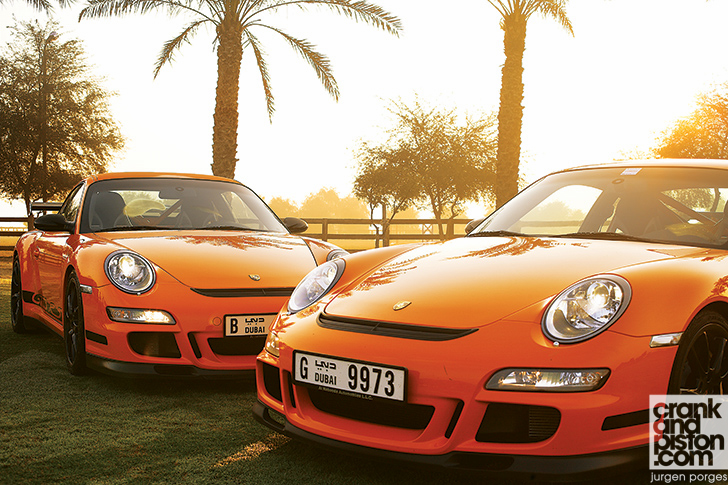 Two bright orange 997 GT3 RSs with less than 4000km on the clock between them. Add to the mix the flowing roads and stunning backdrop of the Hatta mountains to the east of the United Arab Emirates and subtract the density of speed cameras that dog most public highways these days and we have an equation for pure unadulterated pleasure.

There are few things in this world better at getting a motoring writer out of bed early or out from behind their beloved laptop and off to a new vehicle test than the invitation to drive a new Porsche GT3 or RS. The Porsche PR machine has leveraged this superbly and the motoring media has done a pretty good job of introducing the world to the latest GT3 already. This latest addition to the distinguished lineage of track oriented 911s feels like it has already been with us for months. It hasn’t. They are only just appearing on the roads now and these two orange monsters are the first two RSs to be landed in the UAE by Al Nabooda Automobiles, Porsche’s largest worldwide agent.

Owners Karim Al-Azhari and Eric Charles have been kind enough to run their cars in for us before handing over the keys. The temptation is there to head straight to the race circuit, dive behind the wheel, adjust the mirrors, belt up, plant the right foot and launch ourselves out on track for some serious playtime. Then write screeds about the finer points of the car’s on track performance and perhaps compare it for pace with the 996 GT3 RS it replaces. 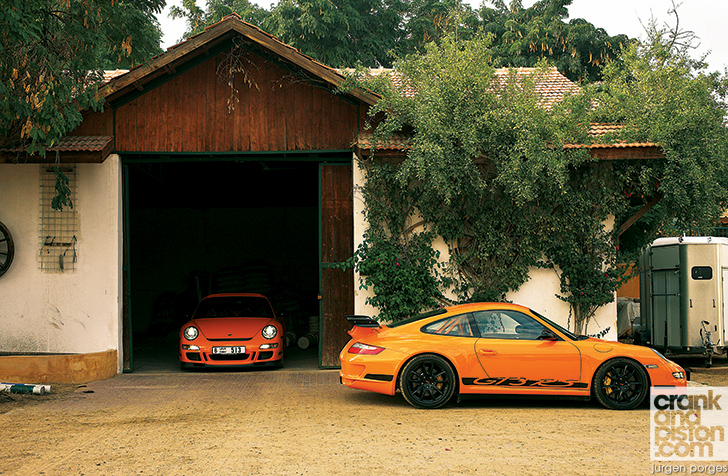 However, we already know the new 997 GT3 RS will be faster. We know that Porsche has squeezed an extra 34bhp out of the bullet-proof 3.6-litre flat-six that has been with us since the series one GT3 borrowed the block from the GT1 back in 1999. Now pushing out 409bhp at 7600rpm in both the GT3 and GT3 RS form. We see the power-to-weight numbers increase from 0.28 to 0.30 bhp/kg in the new RS with the unladen weight up only 15kg over the previous model. This additional straight-line punch is delivered in the wider Carrera 4S body with new generation Porsche Active Suspension Management (PASM) and larger diameter brakes. The hard numbers take care of the question of pace before anyone even reaches for a stopwatch. Walter Rohrl simply confirmed the obvious when he recently reeled off a 7:42sec on the Nürburgring Nordschleife in a non-RS 997 GT3 against his best ever time of 7:43sec for the previous 996 GT3 RS. I am picking Mr Rohrl may challenge the 7:40sec barrier in the new 997 GT3 RS.

Debating which model represents the ‘best 911 ever’ is also somewhat of a pointless discussion. After all Porsche themselves are the masters of evolution. They have been working on evolving the 911 ever since Dr Ferdinand Porsche conceived the Type 60 V1 in 1935, the car that went on to become the Volkswagen Beetle and whose design concept evolved through the 356 into Ferry Porsche’s first 911 in 1964. One could argue the rear engine Porsche platform has been under development by the company for over 72 years now.

The 911 itself has been with us for 43 of those years. The world fell in love with early rear-engined Porsche sports cars for their sprightly performance, unique and appealing styling and the character born of their challenging driving dynamics. A mould cast back with the cost and compactness inspired design of the Volkswagen Beetle and cemented by the success of early 911s has ‘stuck’ with the 911 ever since. 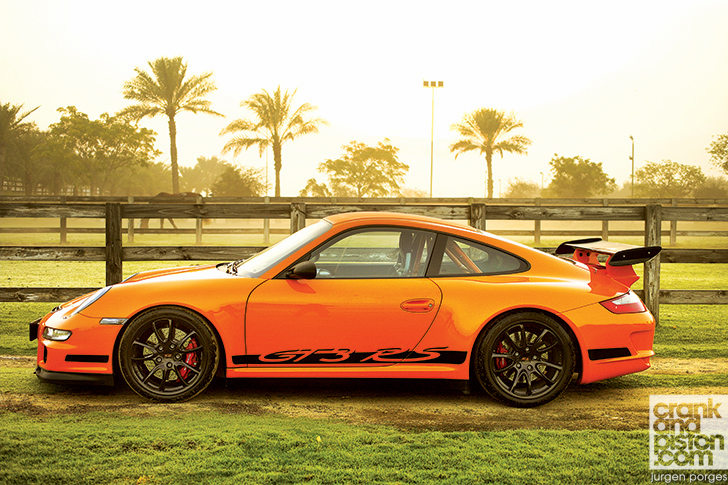 Any first year engineering student will tell you that putting the engine behind the rear axle is flawed in terms of handling. For the best handling dynamics the engine has to be central and low. All to do with the polar moment of inertia and centre of gravity, which are critical to managing the forces around changes in direction. Without getting all technical on ourselves, this is the reason that 911s have historically demanded respect from their drivers. Why they have required conservative and careful corner entry, responded well to the slow-in, fast-out driving philosophy and supported the growth of Porsche Sportfahrschules (Sport Driving Schools) the world over.

This apparent design flaw has, however, proven to be a wonderful thing for the 911. The appetite for oversteer has been countered by wide rear tyres with beautiful bulbous rear guards to cover them, advanced suspension designs, four-wheel drive technologies and more recently, industry-leading traction control and active suspension management systems.

Forty-three years of constant evolution by some of the world’s best automotive engineers has spawned huge change in the 911 – too much to make a direct comparison of the models from different decades particularly relevant. Even the six different 911s to carry the auspicious RS badge span four decades. There is no doubt that ultimately each RS has represented the pinnacle of naturally aspirated performance driving products from Porsche at the time. With each new RS we see such a significant step forward in design. 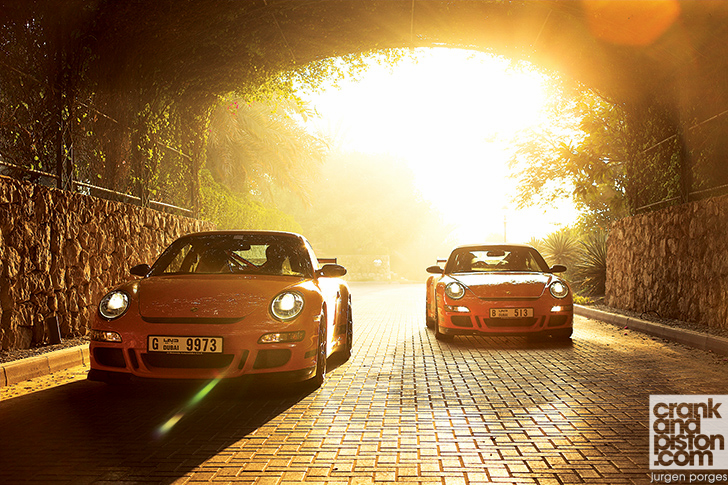 So the new GT3 RS is the fastest Porsche 911 production model to wear the Rennsport (RS) badge. Possibly the best 911 ever? Many are claiming it is. But this question is a difficult one. It is highly subjective. It’s more about the total driving and ownership experience. The look and feel of the car. The emotions it evokes when you talk with others about it. When you simply open and close the door, sit in it silently and, of course, drive it day to day. The 996 GT3 RS was clearly faster than the 993 3.8 RS before it; but many Porsche enthusiasts would argue that the older slower 993 is the better car. Much sexier to look at, strong and reliable but with all the charm of the air-cooled drive train and still huge fun to drive both on road and on track. A highly desirable modern classic, reflected by the strong resale value in the used market today. To some the best 911 ever.