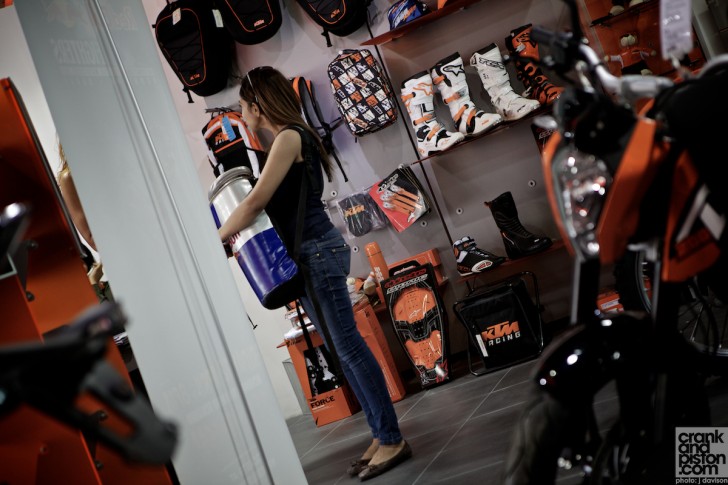 Let’s take a closer look at some of your key supporters. How for instance did your connection with Red Bull begin?

“When I first won the Erzberg Rodeo” – a series of motocross challenges in Erzbnerg, Austria, organized by Red Bull and designed to test the stamina of its competitors – “it was seven years ago. I showed up at the race just for fun and I won it! That was when I signed my KTM factory deal, and I’ve been a factory rider ever since. Red Bull is always about the winning guys, and I’d won quite a few races when they approached me.

“That’s how it all started anyway. Winning one big race ended up with me getting the Red Bull hat, which was pretty cool! And Red Bull has been such a big part of my program for the past few years for sure.” 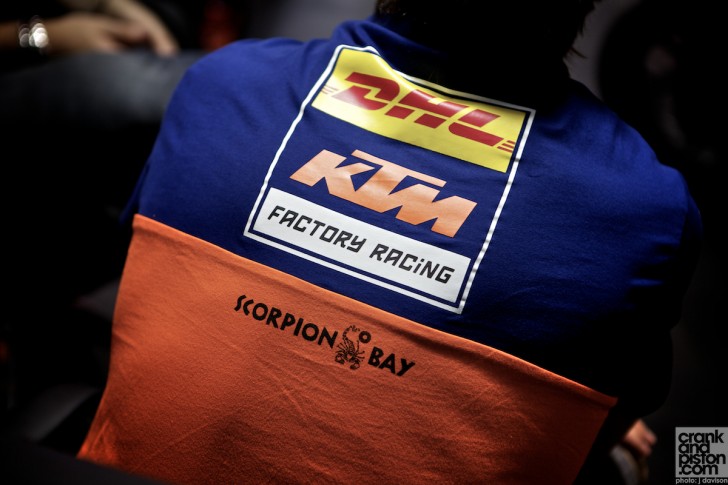 The growth of Red Bull throughout motorsport has been phenomenal. As a cog inside the machine, how does it feel to see the development firsthand?

“I think the way…if I look at the company as an athlete, I’m really focused on my job right, but I do really like following what’s going on within the team. All the work that goes in, particularly marketing, is huge. It’s not only about selling Red Bull cans anymore, and they’re doing a great job. It’s an honour to wear that Red Bull hat and to be one of their athletes. They’re given me huge support.”

“Oh yeah. KTM is probably the most important sponsor I have. It’s the team I race for, they have the best bikes on the planet, and they’re really ready to race, as the slogan says. They’re really serious about what they do.

“For me as a racer, if there’s something I need for the bike, everything can be sorted in a very short space of time. So having KTM behind me and a great team of mechanics is huge. Definitely being the factory rider for KTM is the main thing. Certainly I’ve got great sponsors and big names, and the right brands and support. It’s fun to ride for them.” 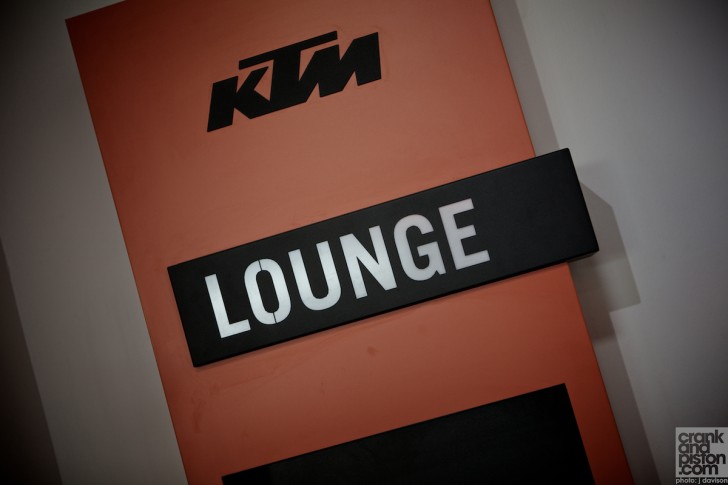 crankandpiston spoke not too long ago with Dakar legend Marc Coma, and he mentioned that being with KTM was like being part of ‘a big family’. Would you say that’s accurate?

“Yeah, it’s true. We all know each other. Most of us have been with the team now for ages, and Marc’s been here a little longer than I have, and we get on really well. We know everyone from the mechanics to the bosses, and it is a race spirit company. It’s not about running a race team and selling bikes, it’s about winning races. That’s the incredible thing about KTM. Even the boss himself – Stefan Pierer – is a motorsport freak! It’s definitely a special place to be.” 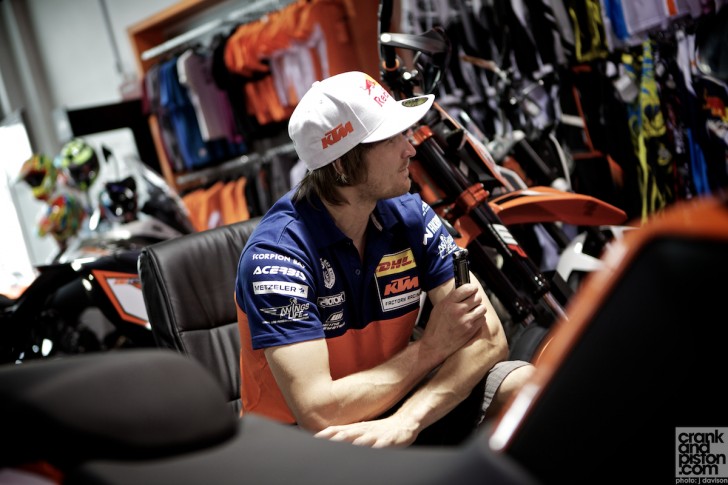 Presumbaly the support has not always been there though. Like most young riders and drivers on the motorsport ladder, there have been dark times…

“Yeah. When I joined KTM I was 22 years old and still pretty young. So I’ve had ups and downs. It’s just part of the game. Sooner or later it’s going to happen. I had one in 2008 which was pretty bad. I ended up breaking most of my facebones” – ouch! – “and that was really bad. It was just bad luck, I got over it, I was out for a few months and feeling as fast as I was before.”

How do you bounce back from an injury as severe as that?

“For me it was never really an issue. I’m fully confident in my abilities, and I know what I can do on a bike. I’ve never thought to myself, ‘whoa, I can get really hurt on dirtbikes’. I just knew that. If I didn’t consider that then I’d be an idiot. For me it’s just about getting better as quickly as you can and getting back on the motorbike. I was back after three months, and I was as fast as I was before the accident. Maybe a little less fit, but I hadn’t lost any time. I hadn’t lost anything mentally either.” 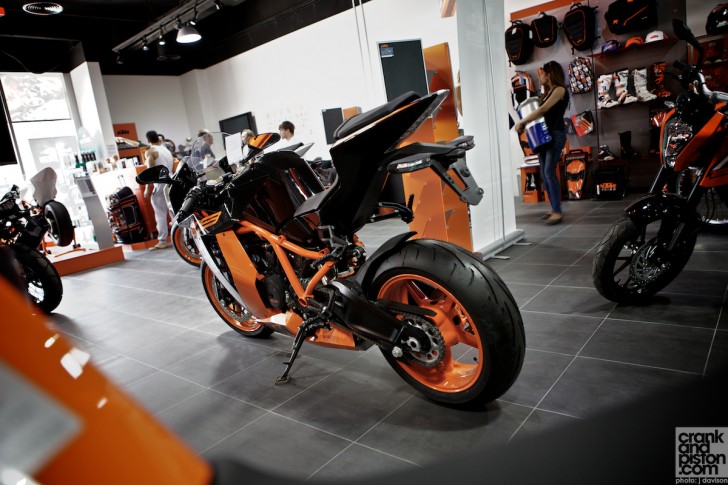 When riding at high speed in a very high risk sport then, is it just a case of not considering the risks whilst you’re competing?

“Not really, no. You have to think about the risks and how many you need to take. It’s just about being the best athlete you can be. If you’re fit and you’ve got a great bike, you’re so confident that stuff can be done. We’re not idiots. We’re not trying to kill ourselves. You just need to dig deep and find your limits.

“If you’re fit and you still crash, there’s no regrets because you’ve done as much as you can do to get to that point. If not, you can always ask yourself ‘what if’: what if I was fitter? What if I wasn’t feeling tired? What if I was concentrating harder?” 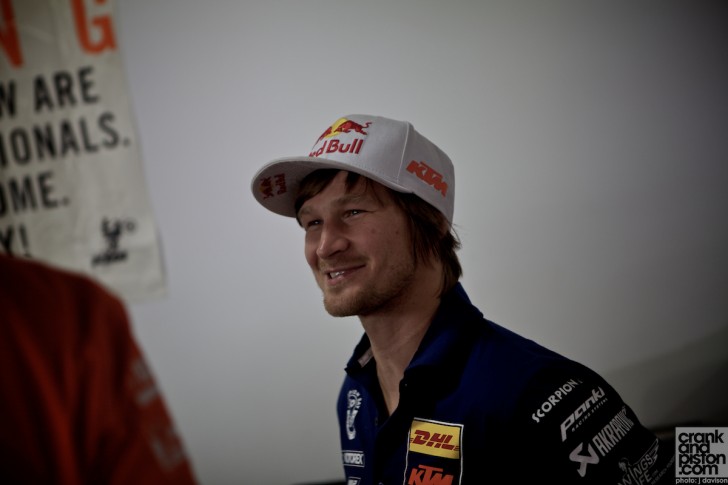 Let’s keep the last question nice and simple then: how much are you looking forward to hectic year in a high risk sport that takes you around the globe?

“Very much! We’re starting the AMA Endurocross Championship this year in the US. That starts in May, but that’s the same kind of racing as X Games. So yeah, the next few months are going to be super busy. Maybe I’ll also try and squeeze im the SuperEnduro championship in Europe and some more rallies after that, but we’ll see how it goes.

After that, I’m going to have a month off! Or maybe three weeks in August. And I’m going to be doing nothing! I’ll still be doing my training to make sure everything stays sharp, that’s for sure, but I’ll be lying at the pool and hanging around the garden. I still enjoy my downtime like anybody else!”