Many had considered Jenson Button’s move from Brawn GP to McLaren – Lewis Hamilton territory – as ill-advised during the off-season. Yet by the time the Formula 1 circus made its way to round four of the 2010 season in China, the reigning F1 World Champion had already taken his debut victory for the silver arrows. Come the end of two hours racing in tricky conditions at the Shanghai International Circuit, Button would secure his second. 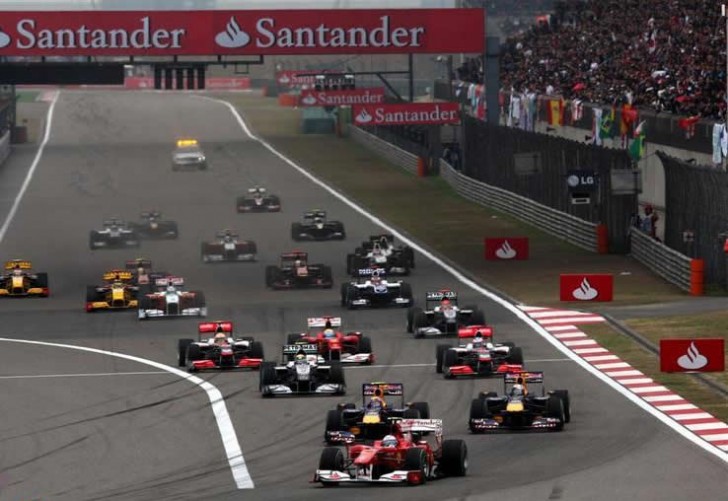 As was becoming routine for the 2010 season, Red Bull Racing has locked out the front row in qualifying. A superb – and ultimately jumped – start from Fernando Alonso though immediately saw the Milton Keynes advantage negated, until the Ferrari was summoned for a drive-through penalty.

This was not the only pitlane activity however, changeable weather – and a pile-up including Vintantonio Liuzzi’s Force India, Kamui Kobayashi’s Sauber and Sebastien Buemi’s Torro Rosso that brought out the safety car – prompting most of the field to change to intermediates. It was a gamble that didn’t pay off, and while a second round of pitstops took place shortly afterwards, Mercedes’ Nico Rosberg and the McLaren of Button were left in the poundseats.

A mistake by Rosberg while several seconds in the lead brought the reigning Champion right onto his gearbox and past down Shanghai’s main back straight. Meanwhile Red Bull’s Sebastien Vettel, Button’s McLaren teammate Lewis Hamilton and Alonso were making light work of the field, carving their way through from the back after their redundant pitstops. Indeed, Vettel and Hamilton would go shoulder-to-shoulder down pitroad and on-track in their fight for position, while Alonso even had his teammate – and standings leader – Felipe Massa off into the gravel as the Ferraris stacked their pitstops.

Ailing weather conditions – plus another safety car to retrieve Jaime Alguesuari’s  destroyed Torro Rosso front wing – soon saw most of the field struggling for pace on their used rubber. All but Vitaly Petrov’s Renault, who waltzed his way into the top ten in the closing laps to secure Russia’s first F1 points and Hamilton, who’d manage to leave Vettel behind in sixth and leapfrog Rosberg (after a hearty battle) for second. There was no catching Button though, who came through to take the chequered flag and the lead in the standings.